Cambridge students are calling for a ‘transphobic’ Labour politician to be suspended from his job as a porter at Clare College after he resigned from the council in protest over a motion in support of transgender rights.

Kevin Price, who represented King’s Hedges for more than 10 years, refused to support the Lib Dem motion which began with the sentences ‘trans women are women’, ‘trans men are men’ and ‘non-binary individuals are non-binary’.

The former Labour deputy council leader resigned from his position, stating that the inclusion of those sentences would ‘send a chill down the spines’ of ‘many women’.

He added that it is ‘foolish to pretend’ there are not widely different views or concerns about women’s rights, saying that there are women who ‘fear’ that ‘they are unable to raise legitimate questions and concerns without a hostile response’.

Mr Price also criticised the public information pack supporting the motion, saying it ‘unbelievably’ encourages the council to use its own communication channels to ‘counter transphobic reporting in the national media’.

‘Coverage of government consultations, responses and issues around potential legislation is not transphobic but the role of journalism,’ he commented.

The motion pushed for the council to commit to ‘flying the trans flag on international trans day of visibility and international trans day of remembrance’, ‘stating publicly that trans rights are human rights’, ‘rais[ing] awareness of the community grants fund amongst LGBTQIA+ groups’ and ‘facilitating and strongly encouraging all Councillors to attend Safer Spaces training’.

Following Mr Price’s resignation, the Union of Clare Students (UCS) at Cambridge University denounced the Labour politician and called for either his suspension or his resignation as college porter. 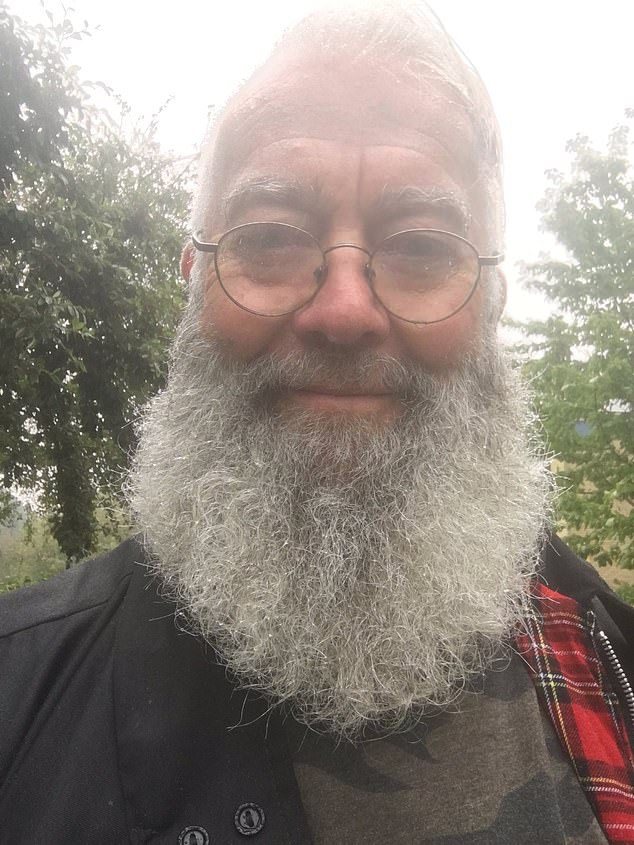 Kevin Price, who represented King’s Hedges for more than 10 years, refused to support the Lib Dem motion which began with the sentences ‘trans women are women’, ‘trans men are men’ and ‘non-binary individuals are non-binary’ 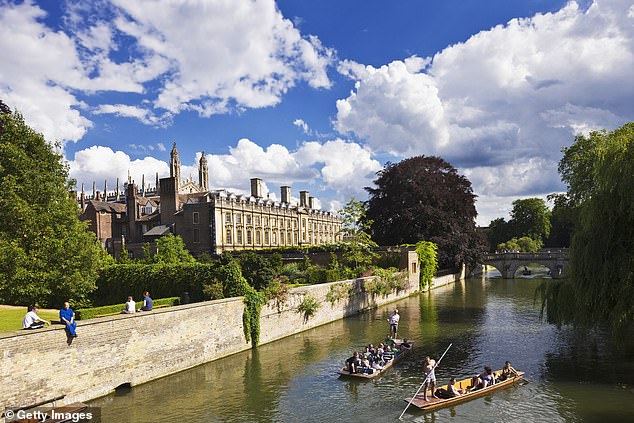 Following Mr Price’s resignation, the Union of Clare Students at Cambridge University denounced the politician and called for his suspension or his resignation as college porter

In a statement, the UCS said ‘trans people deserve to feel safe and valued within Clare’ and added that ‘our priority is to protect the welfare of Clare’s trans and non-binary community, ensuring that they feel not only safe but also empowered by the College they attend’.

The union accused Mr Price of showing ‘a brazen contempt for the rights and dignity of trans and non-binary people’.

It sought to reassure students that ‘the UCS and MCR are currently in communication with the College on how best to resolve this situation while centring trans and non-binary students’, and that ‘the Senior Tutor is meeting with Price personally’.

According to Clare College’s website, the senior tutor is Dr Jacqueline Tasioulas. MailOnline has approached her office for comment.

LGBT+ Officer Frankie Kendal told Varsity that ‘at Clare, we have a small but vibrant trans and non-binary community that should not only feel safe but feel celebrated’.

They said that for as long as Price continues to perpetuate his views, ‘trans and non-binary students should not have to interact or rely on him for support in any way’.

Kendal, who is also a Trans and Non-Binary Rep on the Cambridge SU LGBT+ Campaign, said that ‘the handling of this situation highlights that transphobia runs much deeper than a singular Twitter feed’.

They denounced the College’s failure to make students aware of Mr Price’s tweets from last month, which show retweets of posts and stories critical of transgender rights. 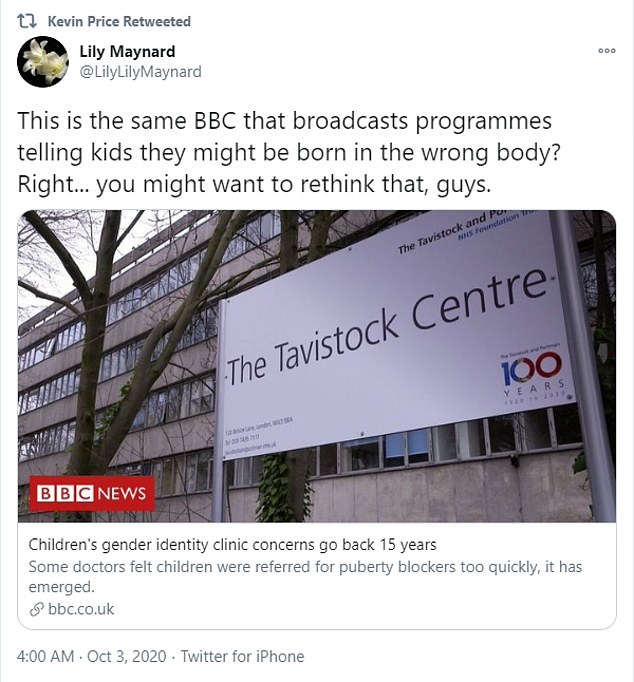 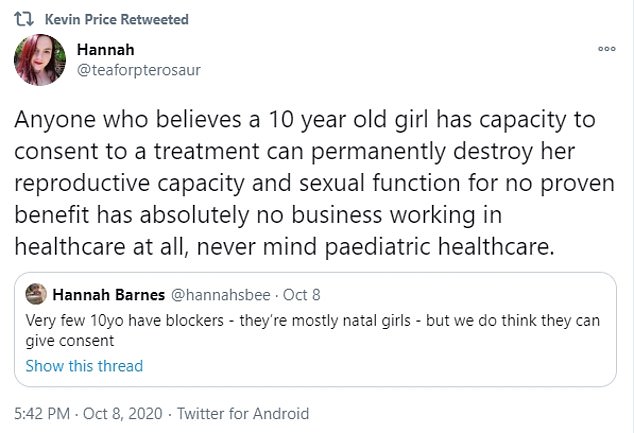 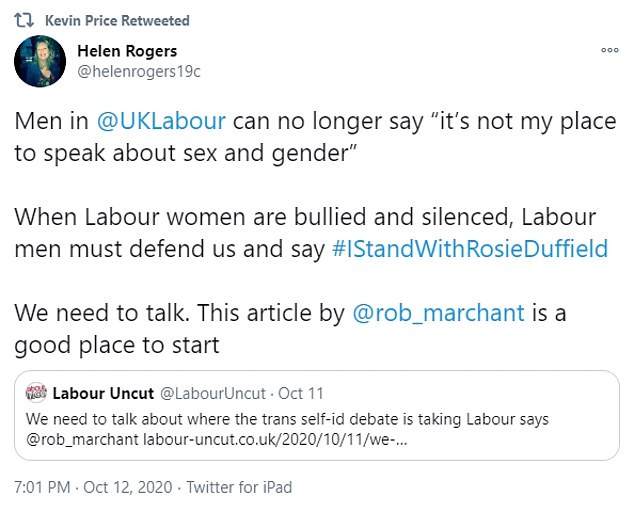 Mr Price was also accused of supporting a crowdfunder launched by former Cambridge councillor Ann Sinnott, which sought ‘to challenge the right of trans women to access women’s spaces and services’.

Cllr Markus Gehring had said: ‘I feel very sad that Cllr Price had to decide to resign rather than supporting what is a fundamental right, what is a human right for all people. I’m not fully understanding his motivation because I think inclusiveness is all over this motion.’

Cheney Payne had added: ‘It’s been quite a shocking discussion with a very surprise event in Cllr Price’s resignation.

‘I’m really sorry to Cambridge Labour that happened, I think it’s certainly been shocking for us all, and to lose a friend and a councillor and a colleague in that way over this issue, does indicate the great breadth of opinion and understanding on this issue.’

Victoria Longstaff, former SU Women’s Campaign Trans Rep and Clare student, called Mr Price ‘unfit both to hold public office and to be in a position of responsibility over students’.

She alleged that transgender students relying on him in his position as a Clare porter is ‘a potential risk’ and called for ‘either his resignation or his suspension from his duties at the college’.

However, feminists have rallied to Mr Price’s defence, with Alice Sullivan, UCL professor of sociology, saying: ‘Some students at Clare College Cambridge are trying to get a college porter fired, purely because he has expressed support for women’s rights in his role as a Labour Councillor.

‘The class politics of gender identity extremism laid bare for all to see.

‘I hope @ClareCollege will show some backbone and some decency and support Kevin Price. These privileged young people trying to get a worker fired should be utterly ashamed.’ 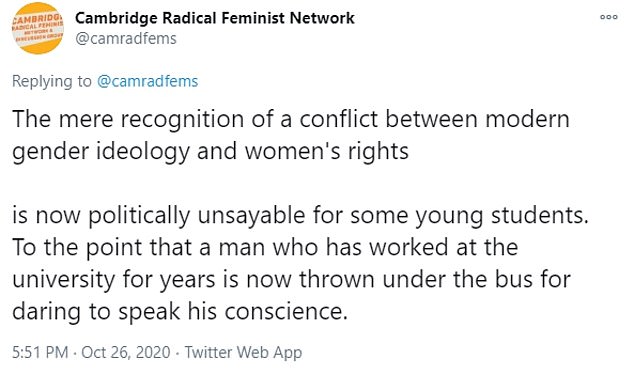 The Cambridge Radical Feminist Group said: ‘@ClareCollege must stand up against this absurd, bullying behaviour. The description of Kevin Price’s tweets as ‘transphobic’ is both ridiculous, and a precise encapsulation of what is so very wrong with the student culture’

The Cambridge Radical Feminist Group said: ‘@ClareCollege must stand up against this absurd, bullying behaviour.

‘The description of Kevin Price’s tweets as ‘transphobic’ is both ridiculous, and a precise encapsulation of what is so very wrong with the current student culture at Cambridge.

‘The mere recognition of a conflict between modern gender ideology and women’s rights is now politically unsayable for some young students.

‘To the point that a man who has worked at the university for years is now thrown under the bus for daring to speak his conscience.’

In his resignation speech, delivered via Zoom, Mr Price criticised the motion’s suggestion that the Council ‘should use its own communication channels to counter transphobic reporting in the national media’, citing the public response to JK Rowling and Rosie Duffield who are accused of transphobia.

The motion put to the Council condemned ‘the failure of the Tory Government to keep its promise to reform the gender recognition act’.