Cambridge University is to carry out a two-year inquiry into its links with the slave trade.

It will investigate how the university benefited from the Atlantic trade in Africans in the 18th century, and how its scholars contributed to ‘repugnant’ views on race.

The project paves the way for the university to follow other public bodies in apologising for their part in the slave era. Students have been campaigning to ‘decolonise the curriculum’, complaining that it is too dominated by white writers. Cambridge has also been accused of failing to attract enough black students. 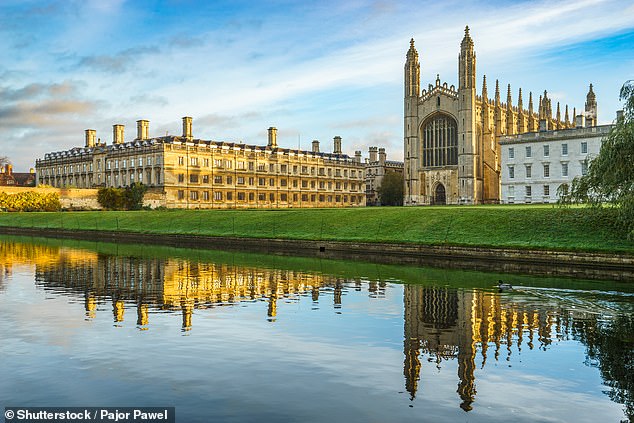 Vice chancellor Stephen Toope said: ‘There is growing public and academic interest in the links between the older British universities and the slave trade, and it is only right that Cambridge should look into its own exposure to the profits of coerced labour during the colonial period. We cannot change the past, but nor should we seek to hide from it.

‘I hope this process will help the university understand and acknowledge its role during that dark phase of human history.’

The inquiry will explore university archives and records elsewhere to uncover how Cambridge may have ‘gained from slavery and the exploitation of labour’.

The inquiry follows a number of rows over the colonial legacy at universities.

Two years ago, a bronze cockerel was removed from Jesus College, Cambridge, following a student outcry because it had been looted from Africa in the 19th century.

The university agreed to hold discussions on the future of the Benin bronze, including possible repatriation to Nigeria.

Oxford students ran a campaign in 2015 to tear down a statue of the 19th century imperialist Cecil Rhodes. They claimed the statue, at Oriel College, was offensive to ethnic minority students, but the university resisted their demands.

At Manchester University last year, students painted over a mural featuring the Rudyard Kipling poem If, over claims the writer was racist. They said that because another of his poems, The White Man’s Burden, was offensive by today’s standards, all his other work should be ‘no-platformed’.

This would include financial bequests to departments, libraries and museums.

It will also investigate the extent to which scholars might have ‘reinforced and validated race-based thinking’ between the 18th and early 20th century. An advisory group has been asked to recommend ways to ‘publicly acknowledge’ past links to slavery and to ‘address its impact’.

The eight-member group overseeing the work is being led by Martin Millett, who is the Laurence professor of classical archaeology. It will draw its membership from academic departments across the university and will be supported by two post-doctorate researchers, with a report due to be finished in 2021.

Professor Millett said: ‘This will be an evidence-led and thorough piece of research into the University of Cambridge’s historical relationship with the slave trade and other forms of coerced labour.

‘We cannot know at this stage what exactly it will find but it is reasonable to assume that, like many large British institutions during the colonial era, the university will have benefited directly or indirectly from, and contributed to, the practices of the time.

‘The benefits may have been financial or through other gifts.

‘But the panel is just as interested in the way scholars at the university helped shape public and political opinion, supporting, reinforcing and sometimes contesting racial attitudes which are repugnant in the 21st century.’