Home » World News » Cape Cod shark attack victim, 61, reveals he escaped by punching the beast in the gills after it savaged his leg

William Lytton was in about ten feet of water off Truro, Massachusetts, when he felt an incredible pain shoot through his left leg and realised he was being attacked. 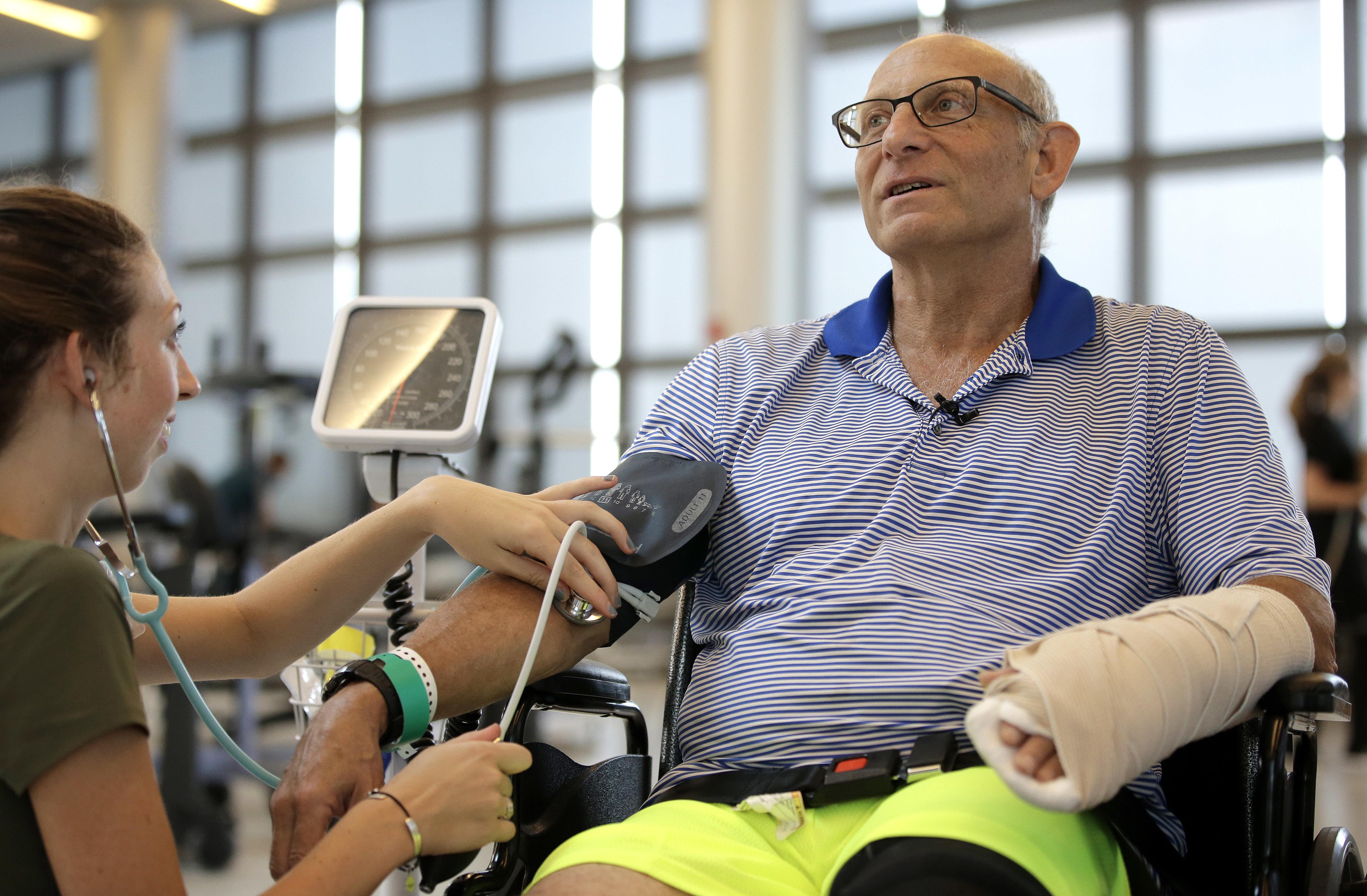 The 61-year-old neurologist said he then gave the animal a "strong smack" in the gills – a move that probably saved his life but also left him with torn tendons.

He now sports an arm cast on his left arm as well as bandages and a brace around most of his left leg following his brush with death on August 15.

"I initially was terrified, but, really, there was no time to think," he said, recounting his ordeal  at Spaulding Rehabilitation Hospital in Boston.

"It doesn't feel like I did anything heroic. A lot of this was luck." 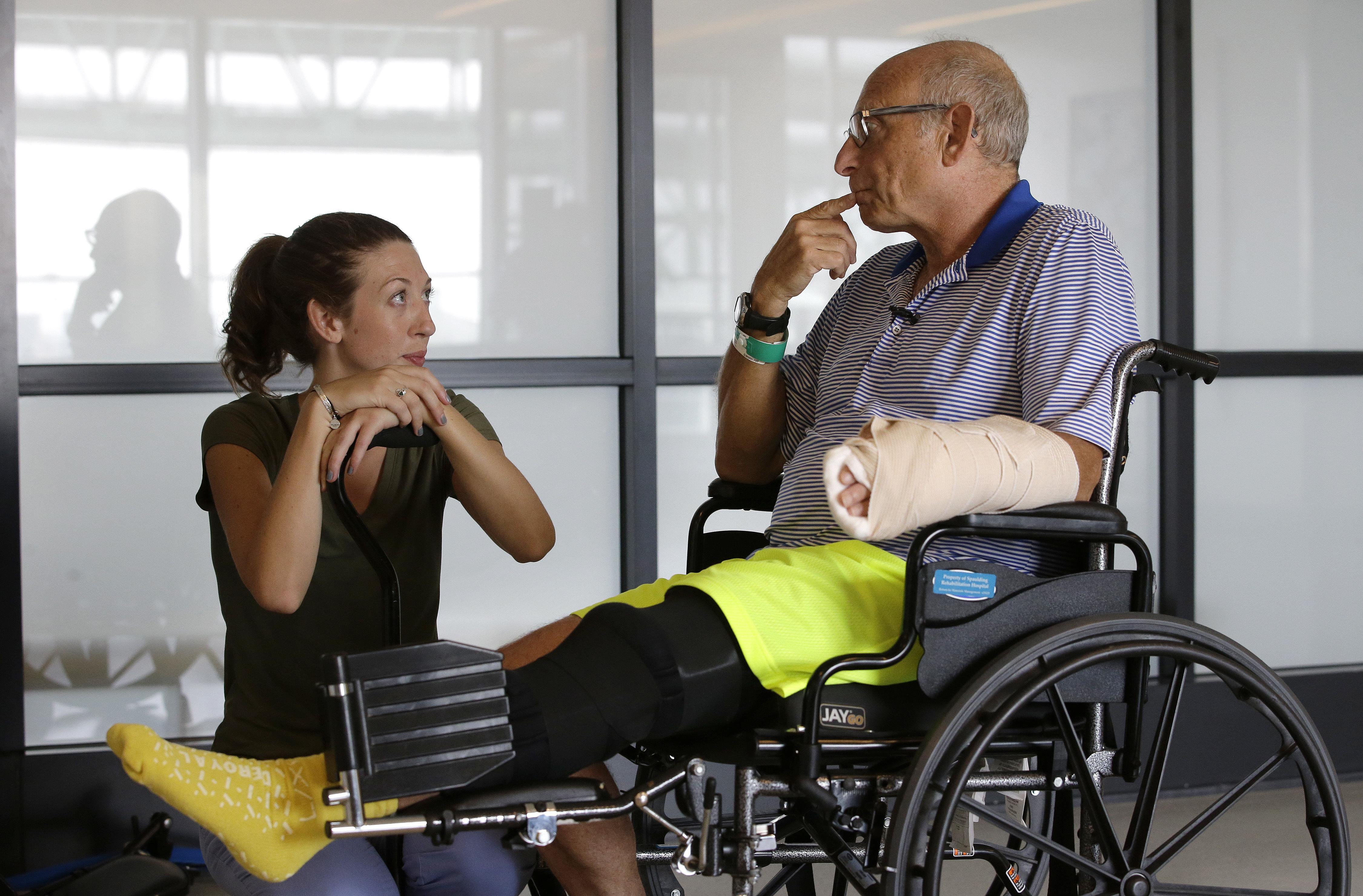 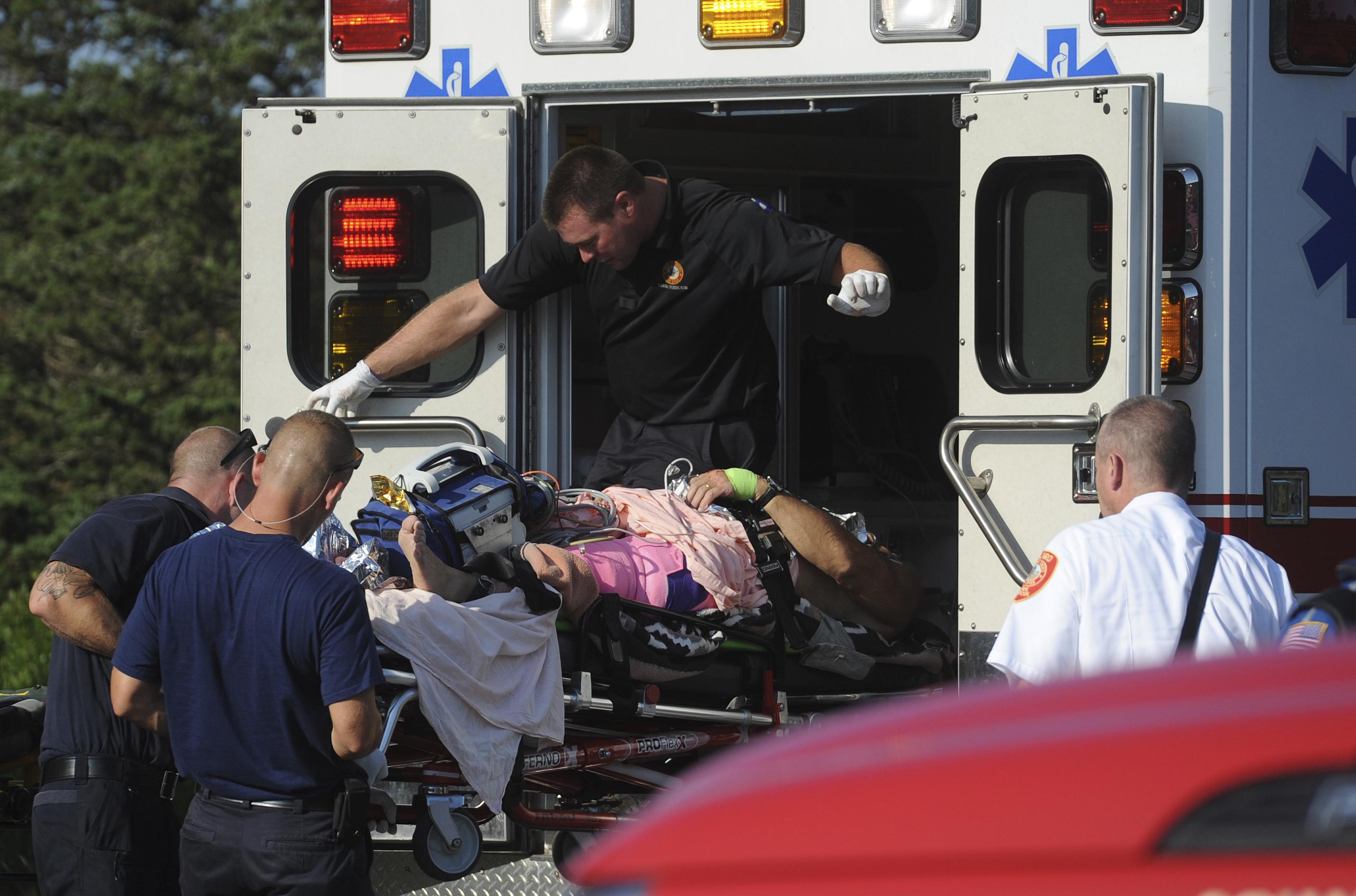 The New Yorker says he recalled from nature documentaries that the predator's gills were one of its most vulnerable parts.

After the animal broke its grip, he took a few strong stokes back to shore where he shouted for help.

Someone alerted his wife, who had been on the beach with their two young daughters and family friends.

Other beachgoers including off duty nurses and other medical professionals helped stem the bleeding and carried him up the dunes to the beach parking lot as he started to lose consciousness.

"The pain was really excruciating," Lytton said. "I remember the helicopter landing and then nothing for the next two days." 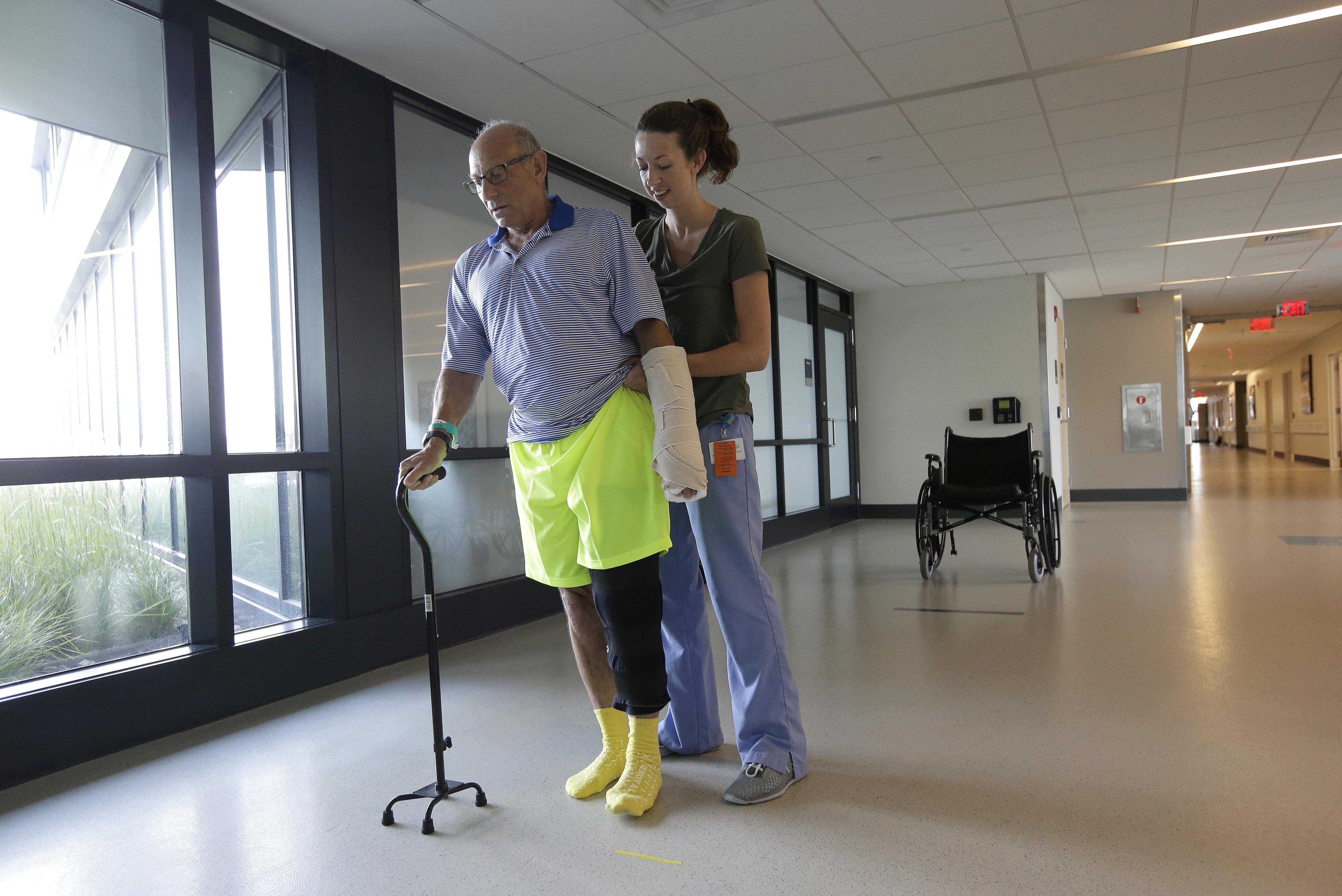 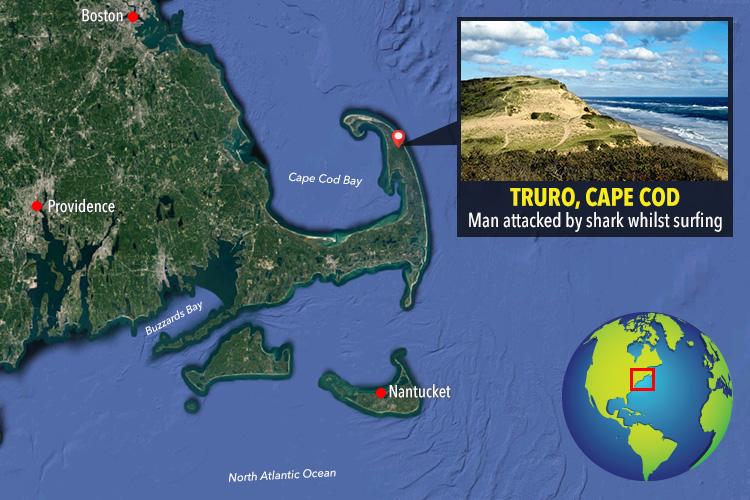 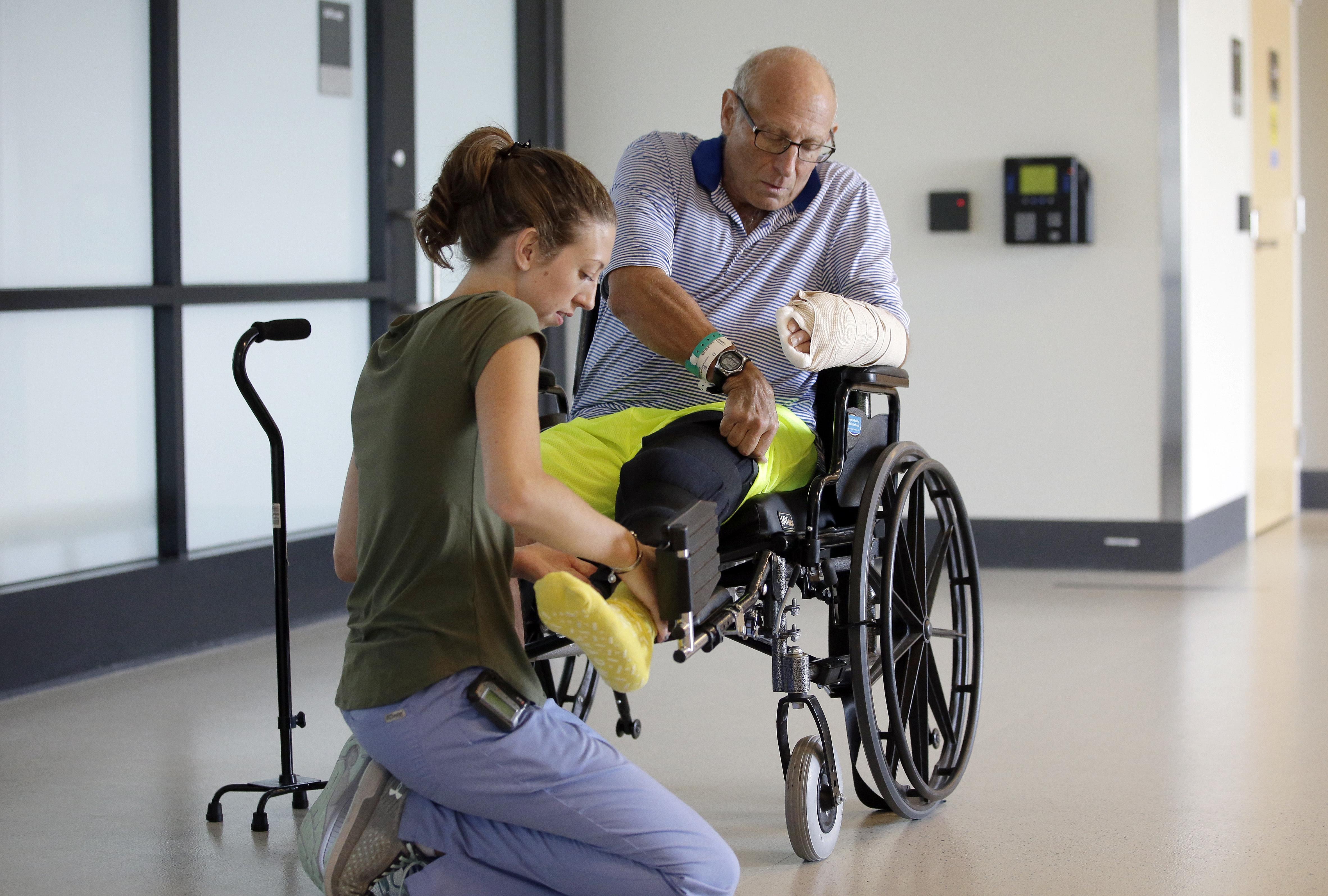 Lytton was airlifted to Tufts Medical Center in Boston where he said he was placed into a two-day coma, underwent six surgeries and had nearly 12 pints of blood pumped into him.

The professor at SUNY Downstate Medical Center in Brooklyn said he's grateful to be alive, but knows he has weeks more of rehab and at least one more surgery before he's back on his feet.

The shark missed critical nerves and veins but pieces of shark teeth were cleaned out of his wounds and his bandages cover "hundreds" of sutures used to stitch back together muscles and skin.

"It looks very artistic," he said of his battle wounds. 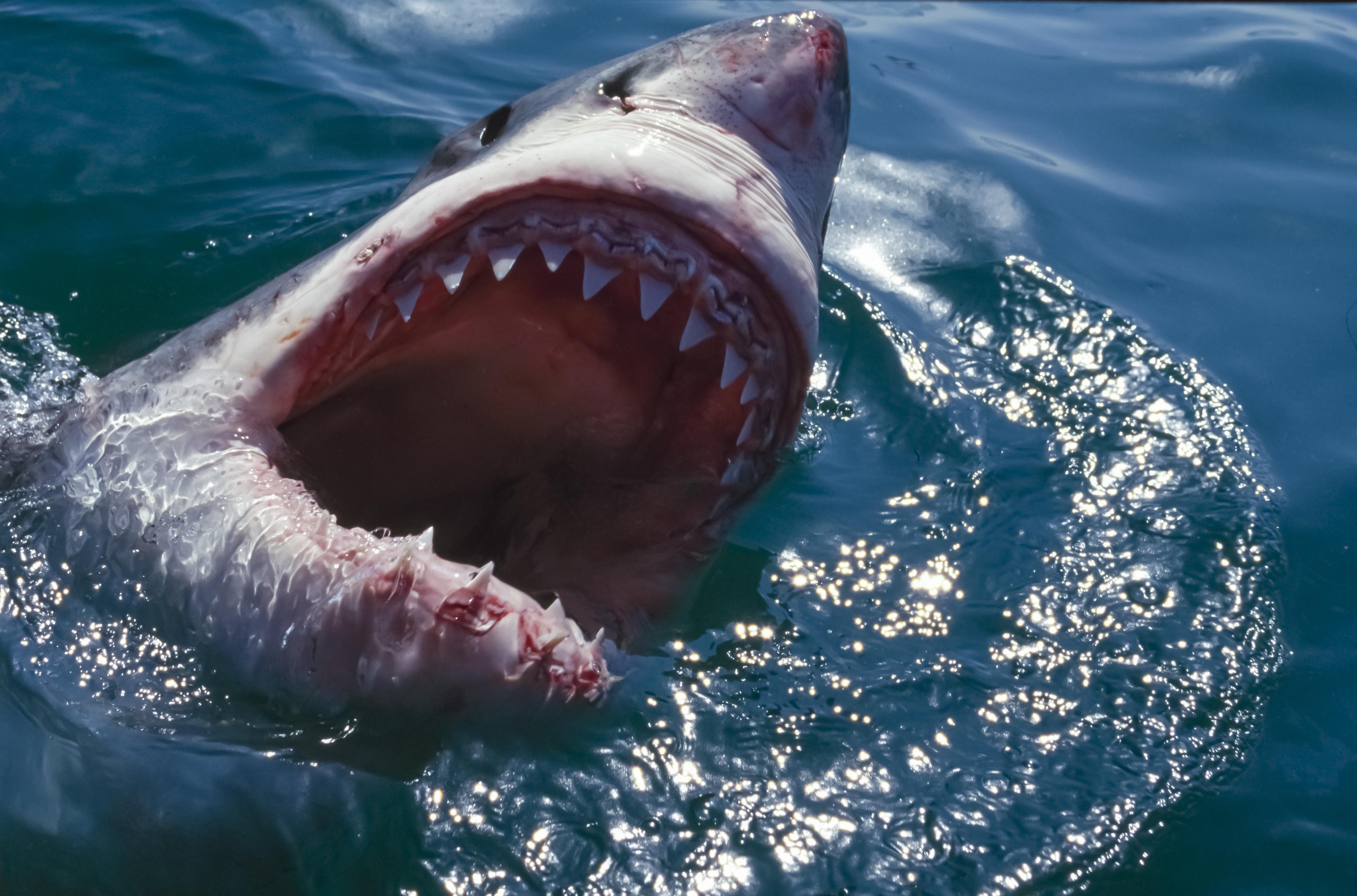 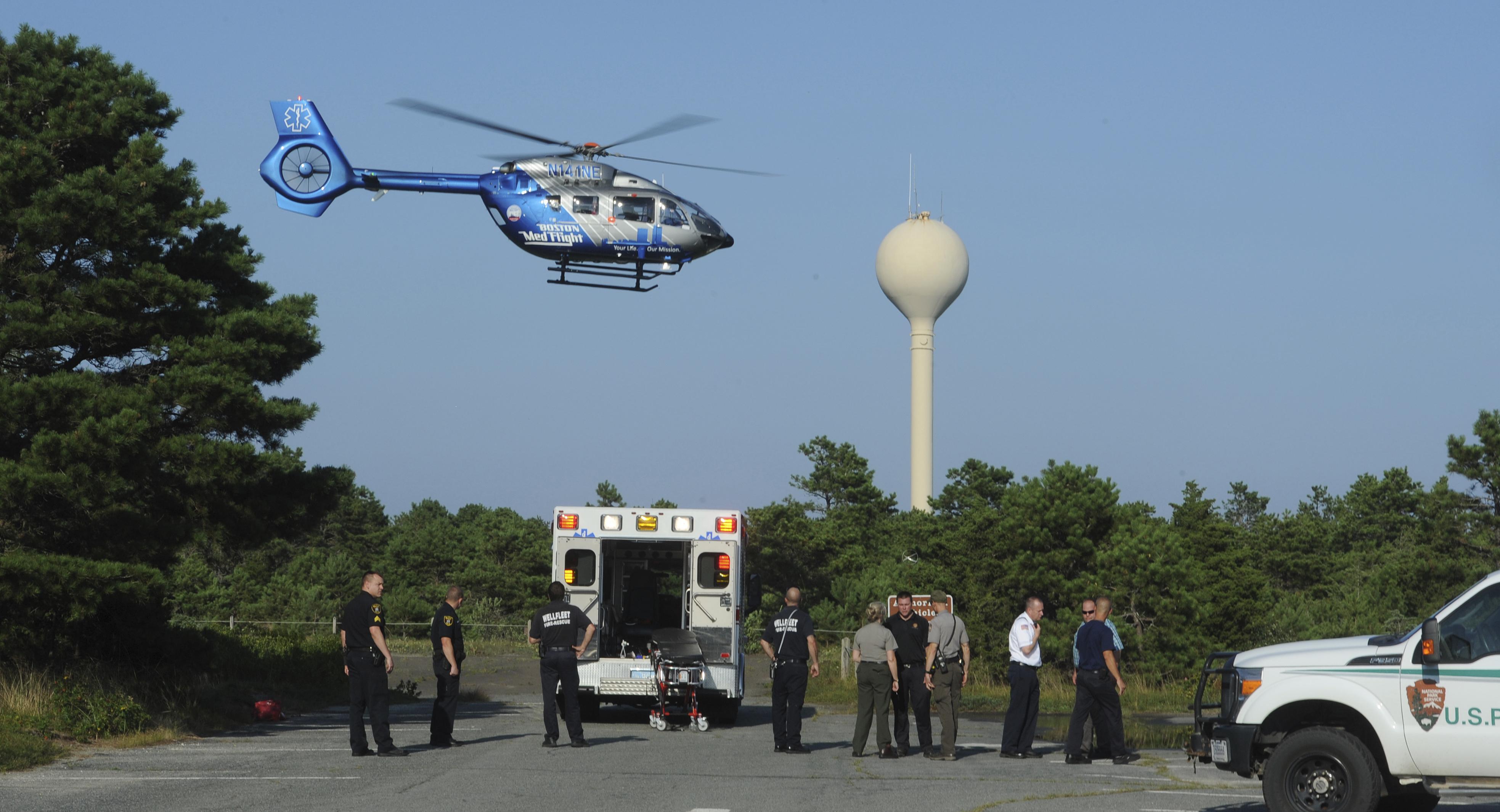 Lytton was transferred on Sunday to Spaulding, a rehabilitation hospital where many of the most severely injured survivors of the 2013 Boston Marathon bombing were treated.

He is expected to be there around two weeks before eventually returning home to New York for possibly more rehab.

Lytton said he isn't in any rush to wade back into the ocean waters off Cape Cod, where he spends nearly every summer doing research.

"It's kind of terrifying thinking about it," he said. "I know it's not the best thing to say, but I didn't like sharks before, and like them even less now." 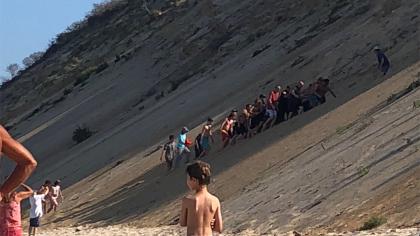 Lytton's wife, June, said she hopes the attack is a warning for others to take shark safety seriously.

"It's still not real to me," she said Tuesday standing at her husband's side. "It happened so close to shore. I never thought that could happen."

State biologists are working to determine what type of shark was involved in the attack, which was the first in Massachusetts waters since 2012. The state's last fatal attack was in 1936.

It was the first recorded shark attack at the popular summertime tourist destination since 2012.

Gary Sharpless, assistant harbour master, said the attack happened on the Atlantic Ocean side of the peninsula. 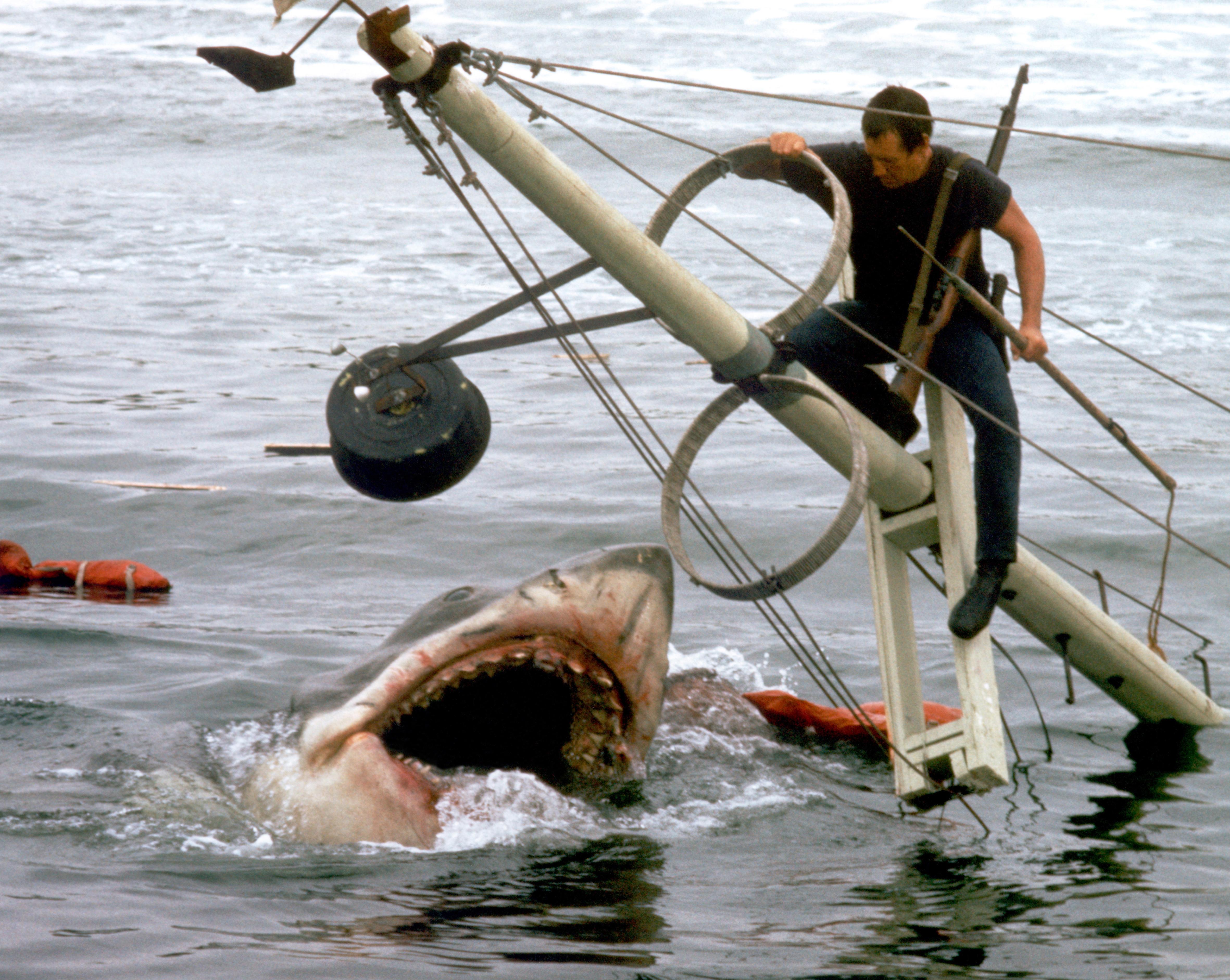 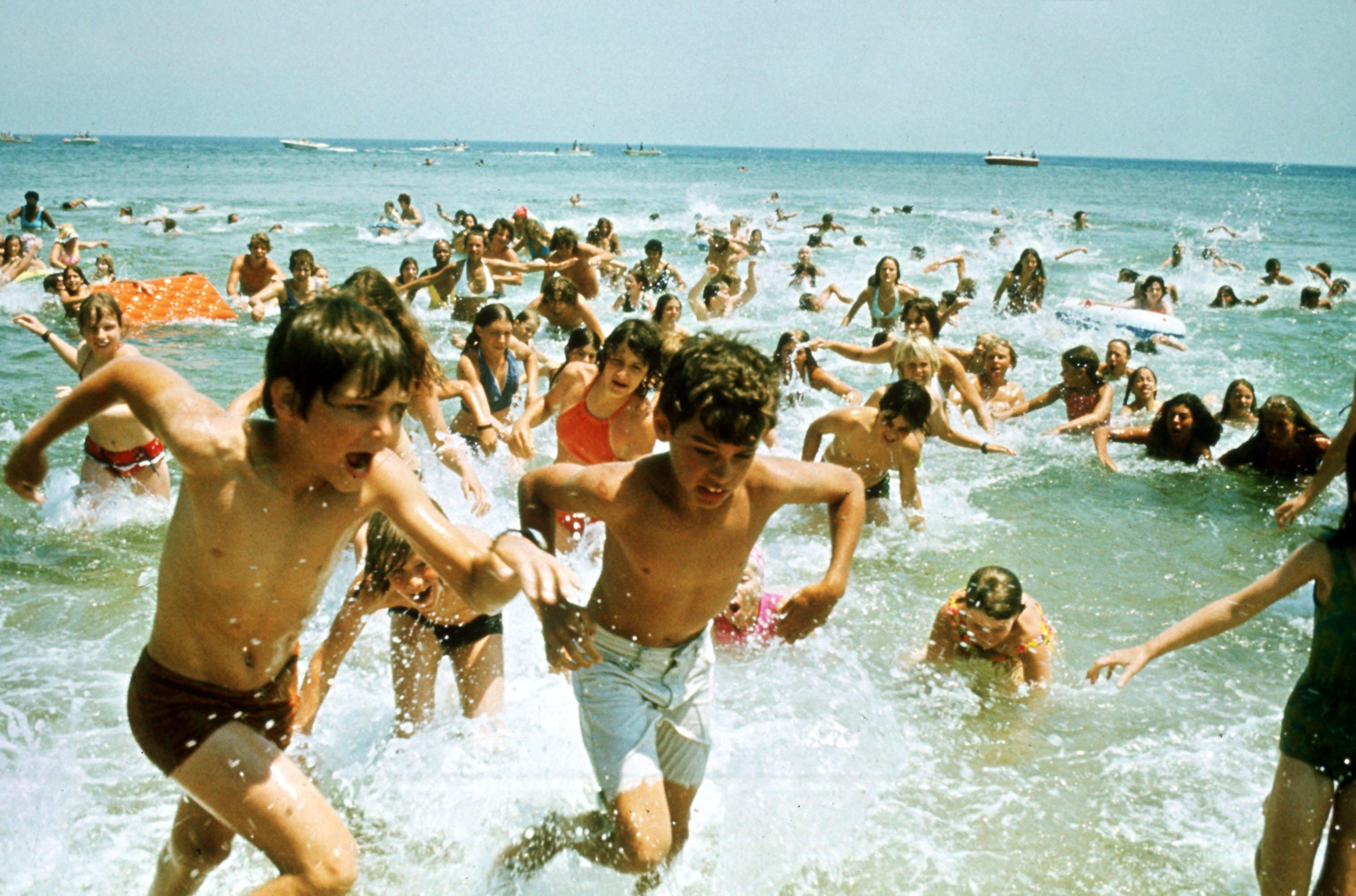 Numerous shark sightings have been reported in the area this summer, including several involving great whites, the species immortalised in the 1975 hit movie.

But there has been no confirmation as yet that the attack involved a great white shark.

The area is a feeding ground for seals, which attract all kinds of sharks and witnesses said at least 10 seals were seen in the area shortly before the attack.

The Atlantic White Shark Conservancy said shark encounters in which people are injured are as “terrifying as they are rare.” 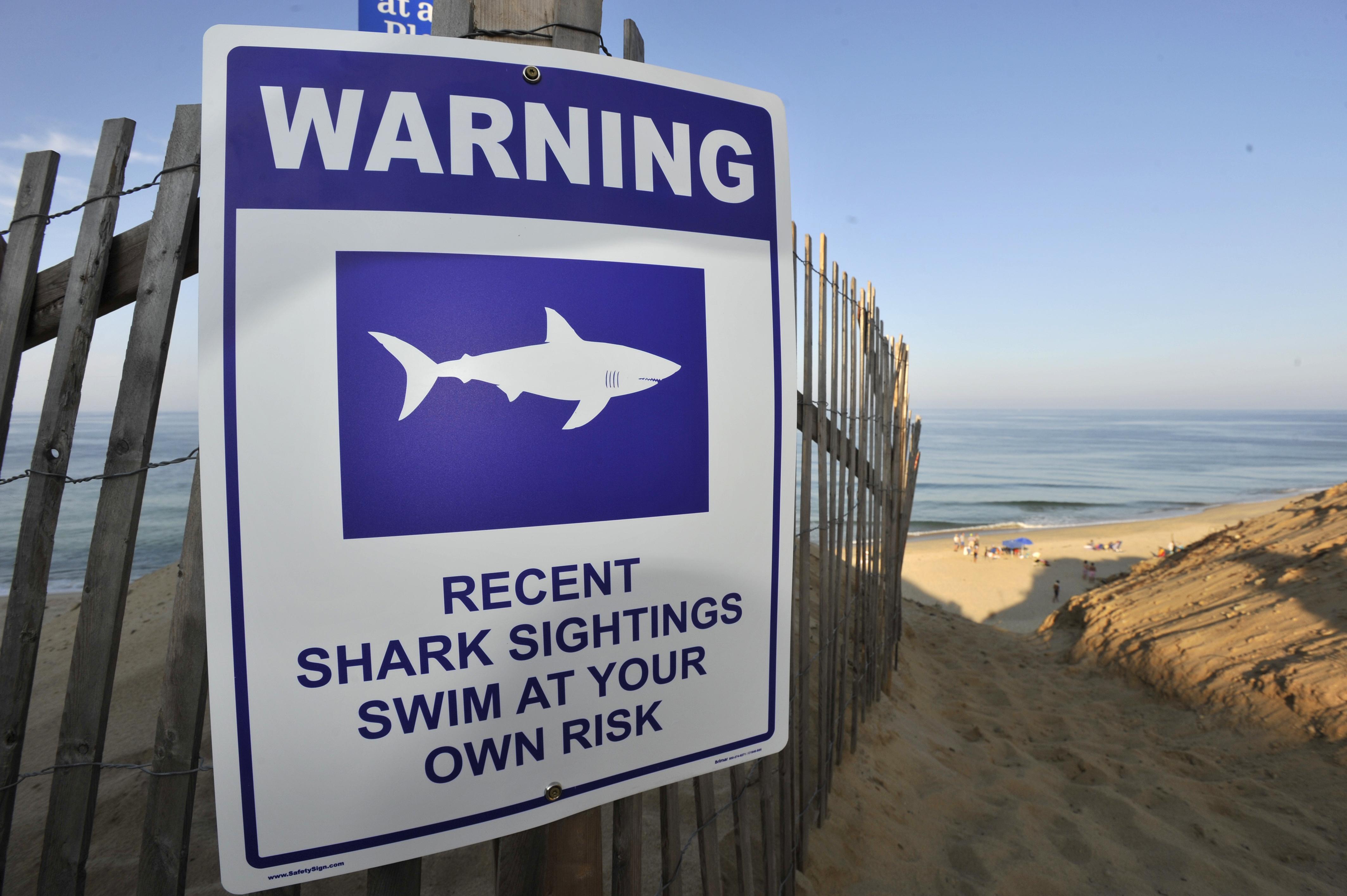 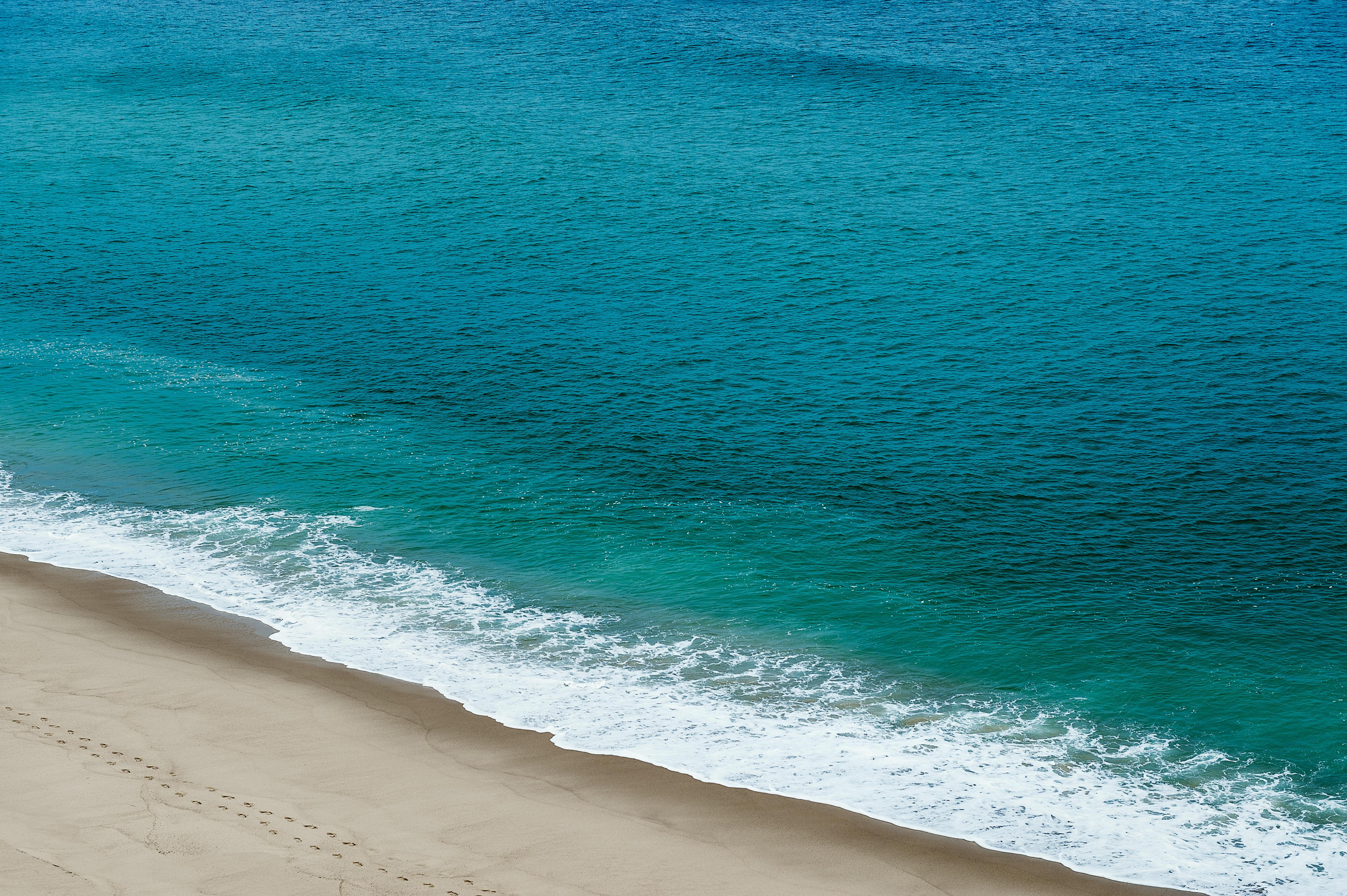 The group said in a statement: “While we still don’t know all of the details of this particular bite, sharks are not known to target people specifically and when they do bite people it’s usually a case of mistaken identity.

“Sharks ‘test the waters’ with their teeth, much like we use our hands. It’s how they determine if what they encounter is prey or something to avoid.”

Truro was the site of the last shark attack on Cape Cod, in July 2012, when a Colorado man on Ballston Beach suffered a bite that required 47 stitches.

But Massachusetts’ last shark attack fatality was more than 80 years ago in 1936.

Amity is the unofficial name of an Island otherwise known as Martha's Vineyard which lies off the coast of Massachusetts.

It was the setting for three Jaws films in the franchise including 'Jaws', 'Jaws 2', and 'Jaws 4' (aka Jaws: The Revenge).