Two care workers lied after a 95-year-old dementia patient tumbled out of bed, saying her mouth injuries were caused by her false teeth falling out.

Simona Petcu, 24, and Maria Stoian, 37, ‘panicked’ when the woman, who was left alone in her room, ended up on the floor at Weston Park Care Home, Macclesfield.

Stockport magistrates heard the pair picked up the elderly patient, put her back in bed and called for a nurse to assist them.

But when help arrived, they attributed her cut mouth to her dentures. The dementia patient, 95, fell on to the floor from her bed at Weston Park Care Home, Macclesfield, above 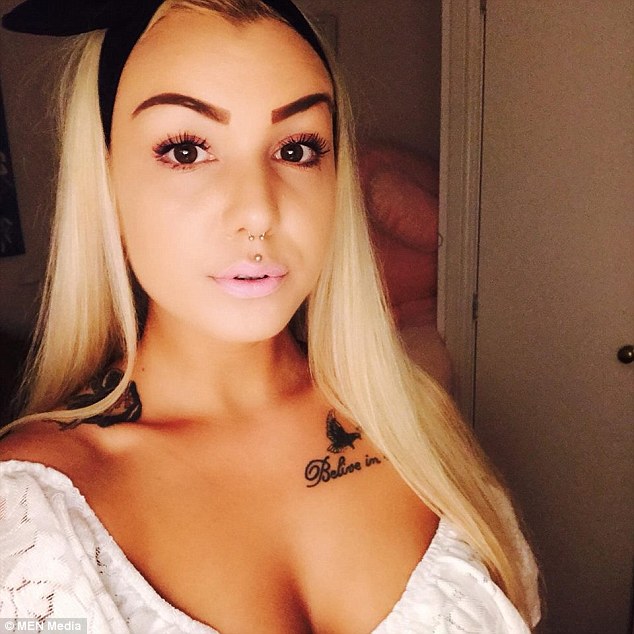 Simona Petcu, 24, was given a 12-month conditional discharge after admitting ill-treatment or wilful neglect at Weston Park Care Home, Macclesfield

It was only when bruising appeared on her face that an ambulance was later called and their lie unravelled.

After the resident had been taken to hospital, further bruising was found on her body, which meant she was unable to receive the correct treatment until seven hours after the accident, which occurred in November last year. 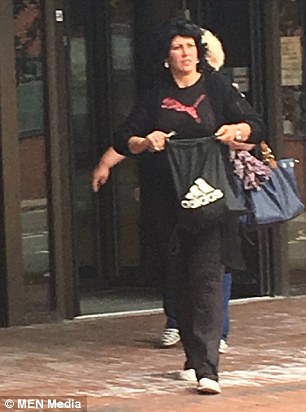 Maria Stoian, above, ‘panicked’ when the woman, who was left alone in her room, ended up on the floor

Both defendants, originally from Romania, lost their jobs.

Petcu, of Pitt Street, Macclesfield, and Stoian, now of Seaside, Eastbourne, were given 12-month conditional discharges after admitting ill-treatment or wilful neglect.

But Andrew Downie, defending Stoian, said the pair were ‘overworked’ at Weston Park.

‘They were given responsibility for washing, changing, dressing and making good 15 residents in two hours.

‘This is a heavy responsibility if any personal time has to be given, which is often the case,’ he said.

In sentencing, chairman of the bench Joe Bangadu, said: ‘That is a lot, we understand it can be difficult to give your full care to an individual if you have this amount.

‘It makes your job very difficult, it is an onerous task.’

It was said Petcu, the more experienced worker, suggested the cover-up.

Stoian – who needed a translator – now works as a cleaner while Petcu is about to qualify as a personal trainer.

Prosecuting, Ashley Seetal said: ‘Both were responsible for looking after her. The defendants have said they panicked.’

Defending Petcu, Nikki Mundy said: ‘It was a job she got considerable satisfaction from. She is an ambitious young lady who is dedicated to having a future here in the UK.’

Both must also pay £85 costs and were said to be sorry.

Just a month after the woman was injured the home was branded ‘inadequate’ and put in special measures following an inspection by the Care Quality Commission (CQC).

Weston Park is now graded as ‘requires improvement’ following a CQC inspection in March. The home has been contacted for comment.