Celebrity Big Brother lands a new teaser trailer as the Eye of the Storm gets closer - WSBuzz.com
Skip to content

Now that Love Island is over, we’re already counting down the days until our next reality obsession arrives to take over our lives – and luckily for us, the next series of Celebrity Big Brother is just a few weeks away.

While the housemates are still a mystery (for now), we do know that this year’s theme will be ‘Eye of the Storm’, and now Big Brother’s Bit on the Side host Rylan Clark-Neal has shared a new trailer packed full of plenty of teases about what this series is set to be like.

“Hope you’ve all enjoyed your ‘Fun in the sun’…… because A STORM IS COMING,” he wrote.

The trailer throws out quite a few interesting buzz words during its short 30 seconds, including “infamous”, “kiss & tell” and “sinner saint”, all while a storm rages on in the background.

The official Big Brother Twitter account also dropped a similar version of the teaser but added more words into the mix, including “fraud”, “lies” and “you had it all, you threw it away”.

“Who will be caught in the Eye of the Storm?” Big Brother tweeted.

The new teasers follow after it was confirmed earlier this week that the new series of Celebrity Big Brother is set to launch on Thursday, August 16 at 9pm.

Some of the names rumoured for the upcoming series include The Only Way Is Essex‘s Bobby Norris, Meghan Markle’s sister Samantha Markle and former Coronation Street actress Georgia May Foote, but the one thing we know all the housemates will have in common is that they’ll all have faced media scandals in the past. 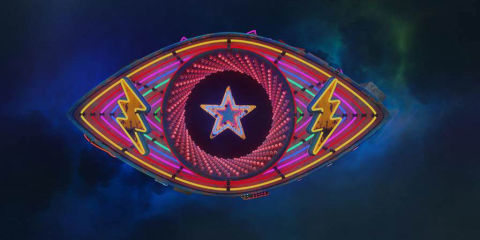 “Under Big Brother‘s eye, their stories will be once again firmly in the spotlight and in the national conversation. This summer’s Celebrity Big Brother, like the new eye, is set to be electric.”