This is the terrifying moment a bouncy castle in which children were playing was lifted 25 ft and overturned in strong winds.

A brother and sister were hurt in the distressing incident caught on a security video in the Russian city of Tolyatti.

Their mother is seen on the video running in panic with other parents to find her children as the bouncy castle is blown over a trampoline area.

The case is the second in Russia in several days as the authorities issued a warning to parents over the risks of such giant inflatables in strong winds. 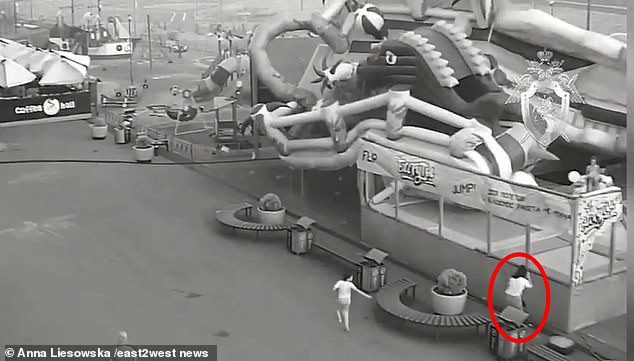 Children have been injured  after a bouncy castle was thrown 25 feet into the air in Tolyatti, Russia. (Pictured) A mother rushes to the scene in panic looking for her two children 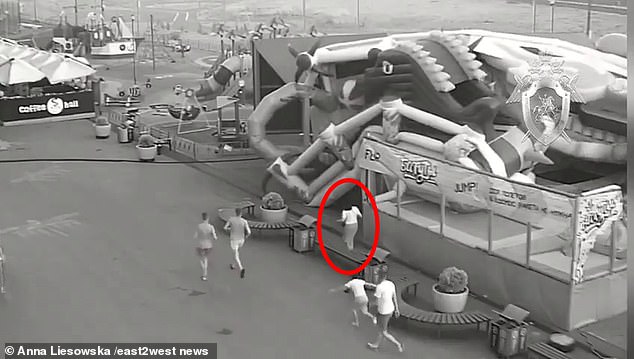 In Ulan-Ude city, four children aged seven and under were left in comas with head injuries after a bouncy castle suddenly ‘took off’ to the height of a three storey building before flinging them onto a hard pavement.

And a third case emerged today in neighbouring Kazakhstan where children were cleared seconds before the bouncy castle overturned – but some were stuck climbing off the inflatable when it blew away.

Russian law enforcement have opened a criminal case into the latest case in Tolyatti over alleged negligence by the owners.

The panic-stricken mother seen in the video was later quoted saying: ‘As a result of a strong wind, the bouncy castle suddenly flew away.

‘My children were there. My son landed on the pavement, banged his head and scratched his knee. 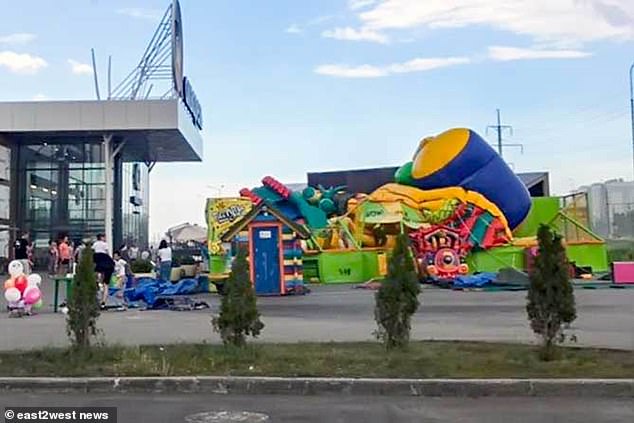 The inflatable was blown onto the trampolining area in strong winds at the city more than 1,000 kilometres east of Moscow 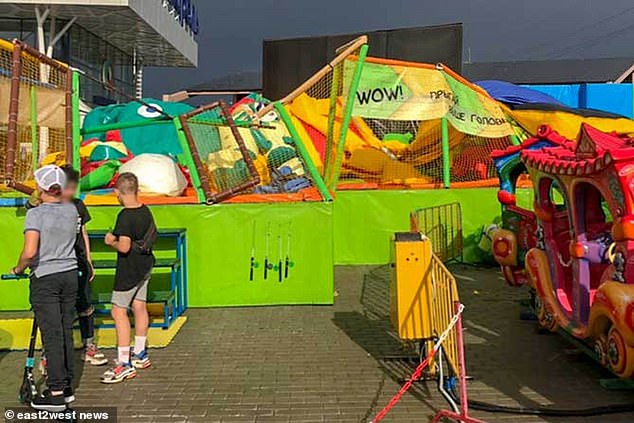 ‘My daughter was rescued when the castle was already rolling.

Another witness said: ‘The sun was shining, there were many kids around.

‘We did not check weather forecast first. The wind was sudden and dramatic.

‘My husband grabbed barefoot children and in a moment the castle flew away.

‘The safety is just zero. How could the ropes let it go?

‘Such a huge thing must be strongly tethered.’

Officials have warned that all bouncy castles should be checked to ensure they are properly secured. 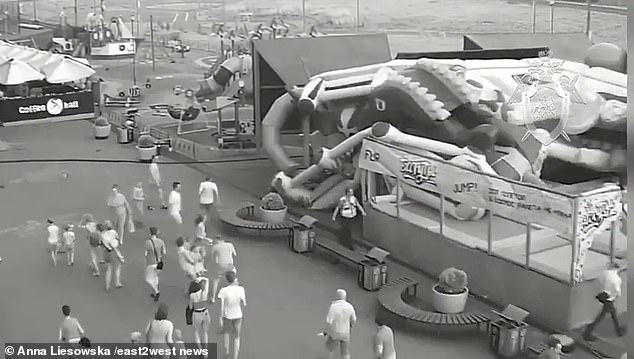 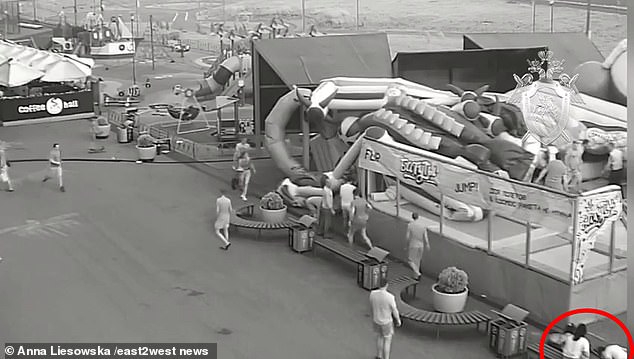 A witness said the wind was ‘sudden and dramatic’. They added: ‘My husband grabbed barefoot children and in a moment the castle flew away’

In Kostanai, Kazakhstan, adults rescued children from the insecure castle moments after it was closed due to sudden high winds.

A video shows how the giant inflatable blew over.

‘The bouncy castle fell on its side today,’ said a parent.

‘All the men surrounded it and tried to hold it, and several others climbed up to pull the children who were stuck on the way out.

‘The weather deteriorated very quickly, neither parents, nor the castle owners had time to act.’

The latest cases came despite warnings in Ulan-Ude after children were thrown out of a ‘flying bouncy castle’ which lost its moorings in a whirlwind.

The owner in Ulan-Ude has been detained and will face prosecution.