A chimpanzee is on the run in Texas and not letting anyone get in its way, officials said on Tuesday.

The animal, which has been on the loose since yesterday, has been harassing people and dogs, as well as trying to take cats in the Santa Fe area, according to ABC Houston station KTRK.

However, the Bayou Animal Services shelter wrote on Facebook that they do not have reports that the chimpanzee is harassing animals. The shelter also did not specifically say that the animal was a chimpanzee and just described it as a monkey.

But a spokesman for the Texas Park and Wildlife confirmed to ABC News the animal on the loose was in fact a chimpanzee.

The shelter, located in the city of Dickinson, offered tips to anyone who comes across the chimp, including not to approach or try to catch the animal and not to go out searching for it.

“The safety of residents, and the animal are top priority. Please allow the primate team to do their job, and please keep phone lines free in order for us to take actual verifiable reports,” the shelter wrote on Facebook.

Santa Fe police and Galveston County authorities are leading the search for the animal.

Police wrote on Facebook that they were “looking into this matter.” Calls to Santa Fe police were not immediately returned. 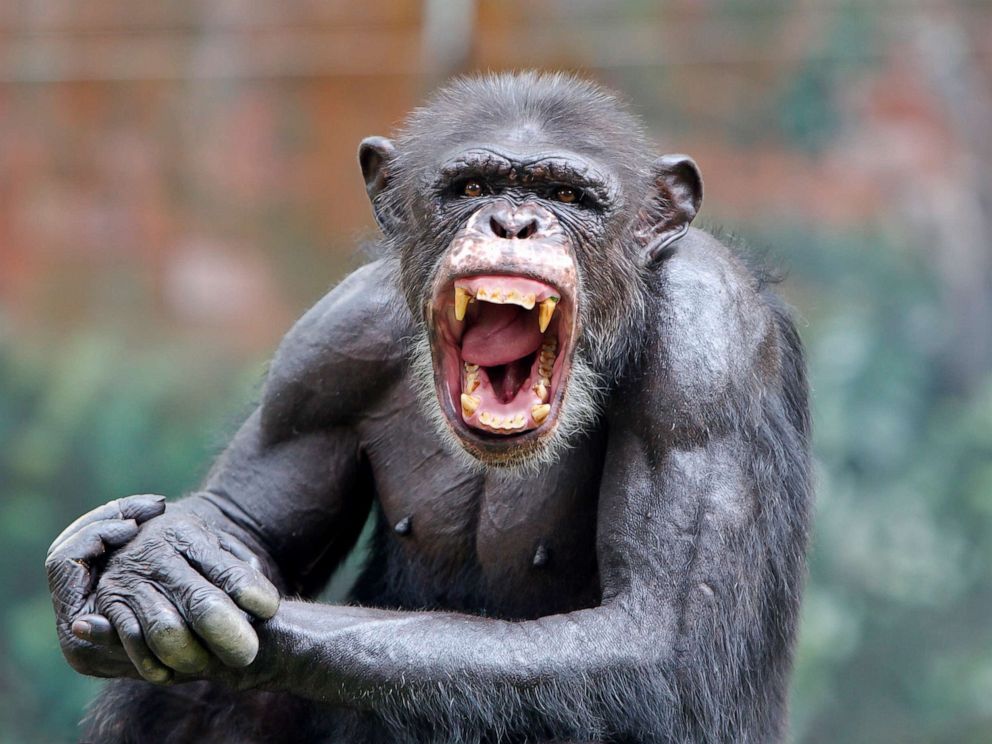 It was not immediately clear how the chimp escaped, or from where.

The animal shelter told KTRK that all residents in the area who have the required permit to own a chimp have not reported their animal missing.

Chimpanzees are one of humans closest relatives and share about 98% of their genes with people.