Beijing: China's defence ministry has "strongly objected" to a Pentagon report that claims Chinese bombers were training for strikes against US and allied targets, according to state media.

The annual report to US Congress on China's military capability said the PLA had "rapidly expanded its overwater bomber operating areas, gaining experience in critical maritime regions and likely training for strikes against US and allied targets". 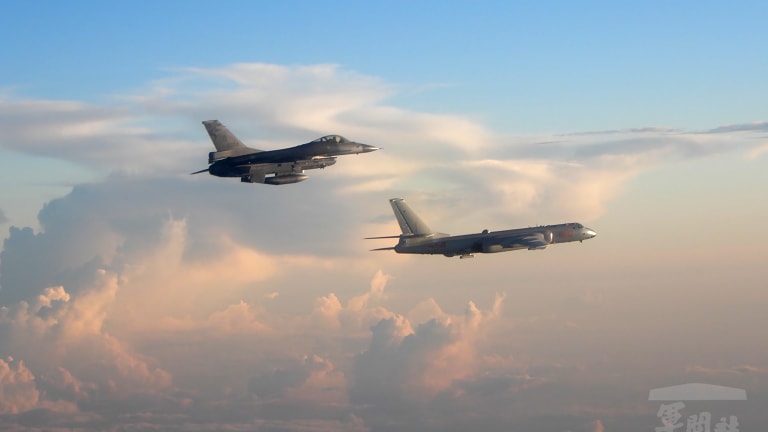 Responding late on Friday, China's Defence Ministry said the Pentagon report had misinterpreted China's military strategy and exaggerated the "China military threat", and Beijing had made "solemn representation to the US side".

China was modernising its military to strengthen its ability to defend its sovereignty and territory, the statement said.

"China is taking more responsibility and providing more public security goods to the world, and it is applauded by the international society for making such efforts," the ministry said, referring to UN peacekeeping and disaster relief missions.

Days earlier, China's defence ministry had accused Washington of stoking Sino-US conflict after the US government authorised US$717 billion in defence spending in legislation that sets "long-term strategic competition with China" as a priority. 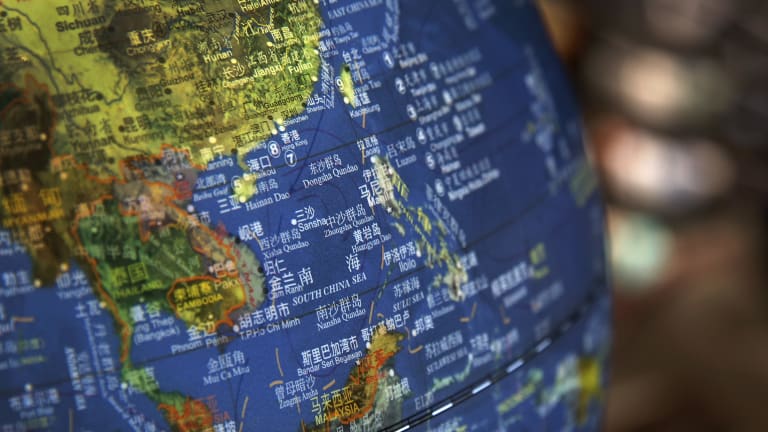 A globe shows the islands on the South China Sea with nine-dash line claims under Chinese territory on display at a bookstore in Beijing.

The Australian National University's Adam Ni downplayed the "provocative" Pentagon statement about the Chinese training for strikes against the US, saying it was likely designed as an attention grabber for the report.

"It's not helpful, especially given the worsening state of bilateral relations," said Mr Ni, a visiting fellow at the ANU Strategic and Defence Studies Centre.

"If we want to be more nuanced about it, the PLA Air Force have indeed been more active than ever, and the operational experience that it has gained from recent exercises and patrols would become very valuable in a clash between China and US."

In January, the US Department of Defence published a national defence strategy that identifies China as a threat. However Foreign Minister Julie Bishop said Australia didn't see China as a military threat and Australia undertook military exercises with China.

A Chinese frigate will participate in Exercise Kakadu off the Darwin coast in September for the first time.

It states that the PLA may continue to extend its operations beyond the first island chain – generally islands in the South China Sea – to demonstrate "capability to strike US and allied forces and military bases in the western Pacific Ocean, including Guam".

Such flights began in September 2013,  and increased in 2017 in waters around Taiwan, Japan and Korea, suggesting these are the allies and US bases the Pentagon report refers to.

The US also rotates marines through an airforce base in Darwin, with 1500 US marines arriving in the latest rotation. B-52 long range bombers from the US base in Guam are regularly hosted at Darwin during joint exercises.

Mr Ni said: "The Pentagon report is absolutely spot on on the rapid modernisation of the PLA and its increasing ability to compete with the US military".

There were massive changes underway in the Chinese military, and the Pentagon had importantly recognised that China's military was "abandoning its continental mindset, with a view of rebalancing resources towards maritime, air and other domains", he said.

The US barred the Chinese navy from joining RIMPAC drills off Hawaii in May, amid growing tensions between the two nations over China's actions in the South China Sea.