‘I’m not in a sexual headspace – he isn’t either’: New mum Chloe Madeley admits she and husband James Haskell are finding it ‘difficult to be intimate’ since she gave birth

They’ve been in a relationship for eight year and married for over four – and have previously spoken in depth about their active sex life.

But Chloe Madeley, 35, has admitted she is no longer in a sexual headspace, since welcoming daughter Bodhi in August, and neither is her husband James Haskell, 37.

She said on the Made by Mammas podcast: ‘Getting back into the swing of a good healthy sex life has been quite difficult, and I can’t figure out if it’s me, if it’s him or if it’s both of us. I’m going to say it’s the latter – it’s both of us. 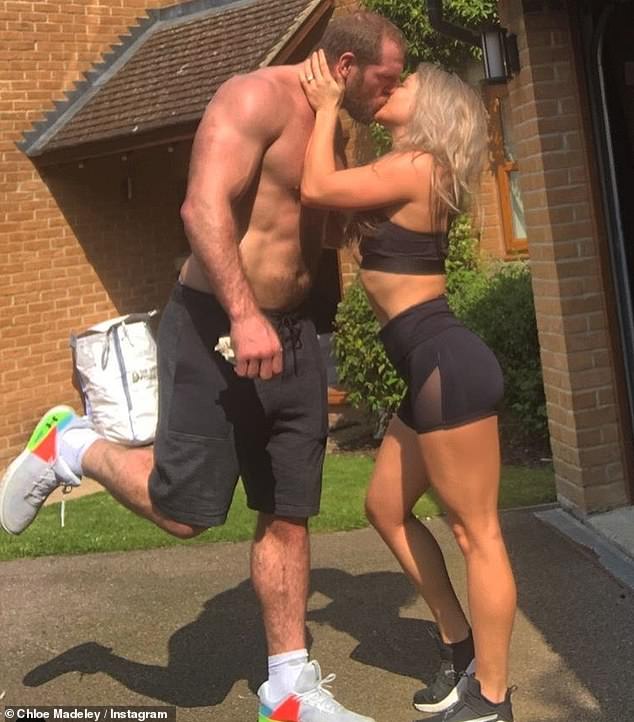 ‘I’m not in a sexual headspace – he isn’t either’: Chloe Madeley has admitted she and her once-rampant husband James Haskell are finding it ‘difficult to be intimate’ since she gave birth

‘I just feel like I’m not really in a very sexual headspace now. I hope it comes back. I don’t really think he is either. Hopefully it will go back to normal.’

Chloe, who is the daughter of Richard Madeley and Judy Finnigan has spoken about her sex life with 6ft 3 former flanker James at length in the past.

Ex England rugby star James, who admits to sleeping with 1000 women in the past, has previously said he ‘approaches sex like a competitive sport’.

He previously told The Sun: ‘I end up taking everything very seriously. But I mean you want to be good at sex don’t you? I’m not sure I’m very good at it, but I’m having a good go at trying to be better. There’s a lot of people out there having a lot of bad sex. I want to improve on it.’ 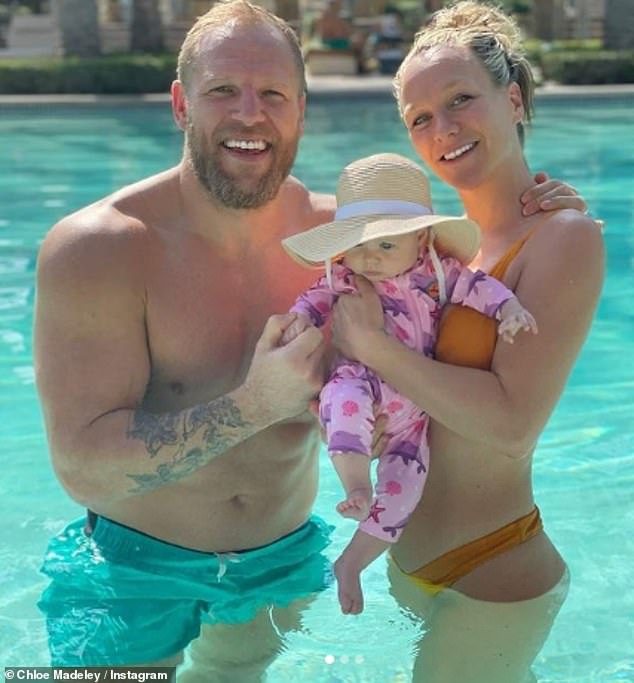 Chloe also admitted that lockdown had a detrimental affect on the their once-rampant sex life, because of work stress and sluggishness.

She told The Sun back then: ‘Our sex life took a nosedive and absolutely dried up in lockdown and we’ve had to work to get back on top of it again — no pun intended.

‘It surprised me, because James and I have always been really sexually compatible and I always assumed these lulls would never happen to us.’

She noted that James developed a love for afternoon sex after becoming too tired in the evenings which didn’t suit her at all.

Chloe’s words come as she admitted she was expecting to divorce James after he booked a DJ gig on her birth due date and then went out leaving her for eight consecutive nights that week. 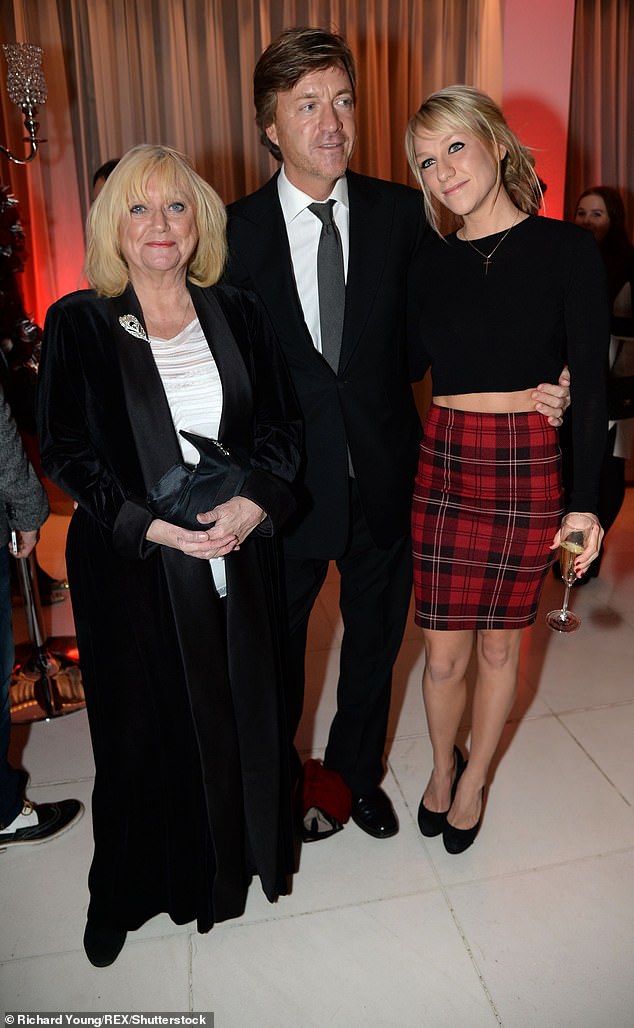 Family: Chloe’s parents Richard and Judy have been married for 34 years with the star explaining that she has learned patients from them (pictured in 2013)

Personal trainer and TV presenter Chloe said she lay in bed on her due date hating her hubby – but five months on, fortunately he has redeemed himself since the birth.

Asked what unexpected thing had surprised her about becoming a mother, she said: ‘How unbelievably meant for it James was. He’s just the best with her. I watch him with her and I’m so relieved. 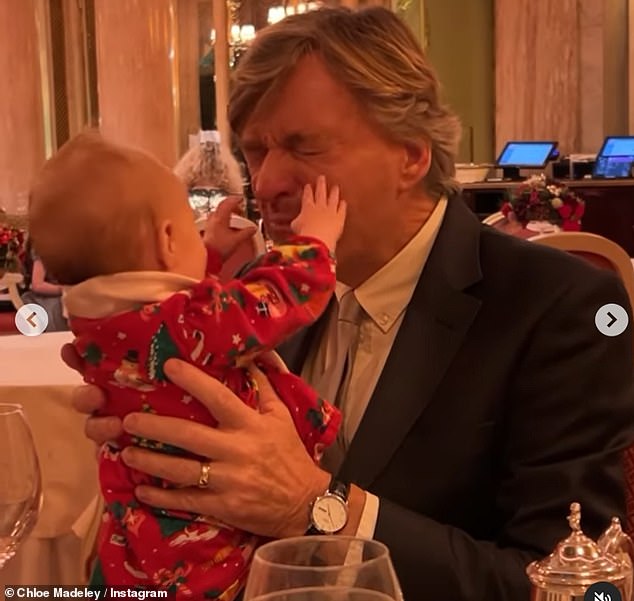 Aw! Richard Madeley appeared every inch the doting grandfather as his family enjoyed a Boxing Day lunch out together

“At that point – I can’t lie to you – I was lying in bed on my due date, while James was out at The Ned DJing with Carl Cox, thinking ‘well, I’ve just chosen the wrong person to have a baby with and this is going to be hell, we’re going to be divorced within the year, I absolutely hate him, deh, deh, deh, deh, deh.

‘I was so p***ed off with him, because I quoted it’s less than four per cent of babies in the UK are born on their due date, so then he just kept quoting it back to be and just booking in thing after thing after thing.

‘There was a period where I don’t think he came home for like eight nights straight in that week – in that due date week. 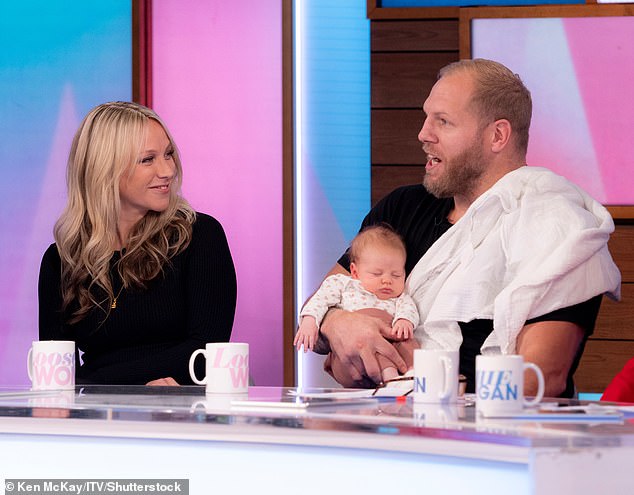 Chloe recently shared: ‘I spent a long time not sure if I wanted children, and I think a lot of women don’t necessarily talk about it’