Capital on the rise: How City of London has become crowded with nicknamed towers from the Shard, the Cheesegrater to the Can of Ham in just 12 years

With very little space to build anything on the ground of the City of London, the only way is up for developers.

And these stunning aerial photographs show how different the financial district’s landscape has become in just 12 years – with only the Gerkin (30 St Mary Axe) and NatWest Tower (Tower 42) standing out in 2006.

Since then the addition of the Walkie Talkie (20 Fenchurch Street), Scapel (52 Lime Street), Cheesegrater (Leadenhall Building) and Heron Tower (100 Bishopgate) has turned the skyline into a more congested sight.

And it is set to become even busier, with the construction of 22 Bishopsgate, which will be the City’s tallest building at 912ft (278m) when finished – but shorter than The Shard, which stands at 1,016ft (309m).

The Can of Ham (70 St Mary Axe) is also being built, and was one of the many skyscrapers pictured by Jason Hawkes, who has produced more than 50 aerial photographic books and worked for the likes of Apple and Ford. 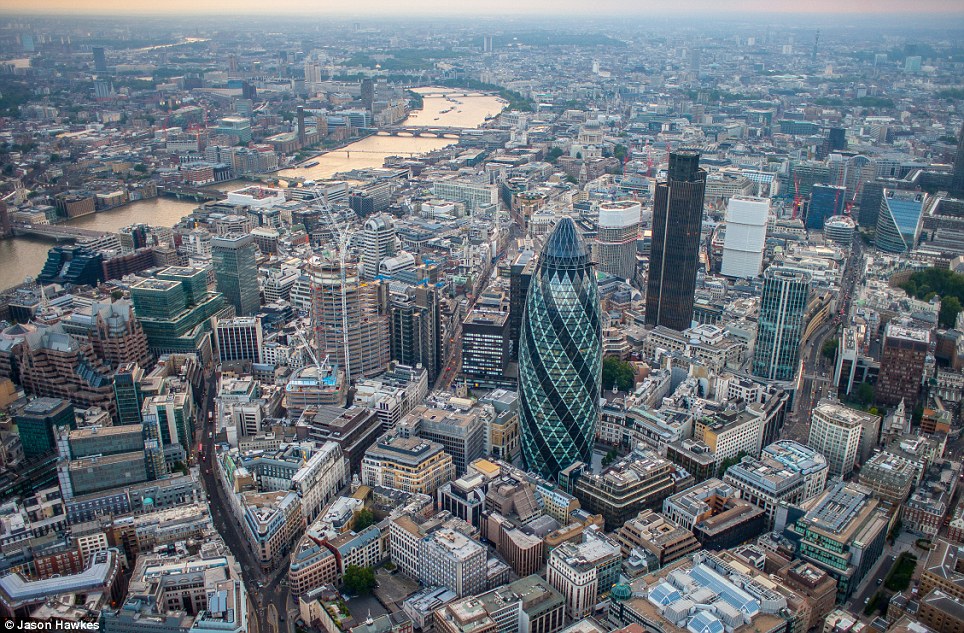 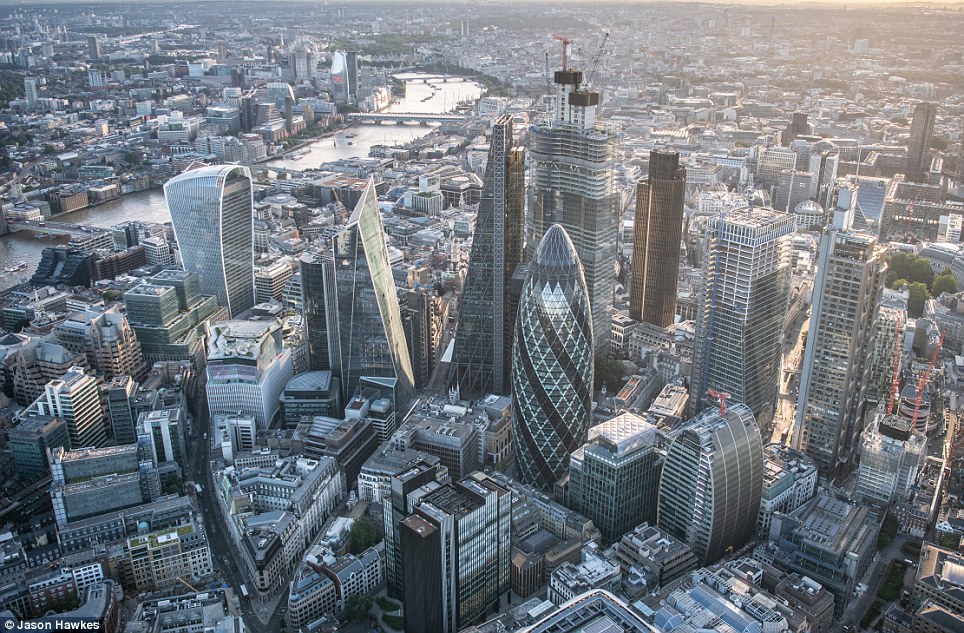 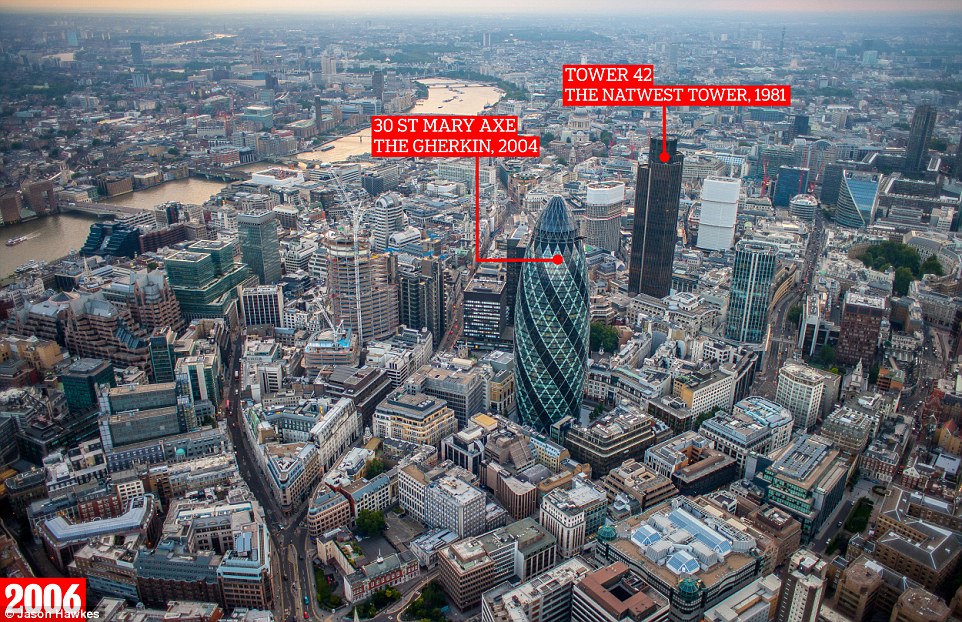 The addition of the Walkie Talkie, Scapel and Cheesegrater among others have turned the skyline into a more congested sight