The row over Boris Johnson’s burka comments reignited today as two fellow patrons from the Classics for All charity threatened to quit in protest.

BBC broadcaster Natalie Haynes and Guardian culture writer Charlotte Higgins made clear they are ready to resign from their roles at the organisation – which promotes the teaching of classics in schools.

Ms Haynes branded Mr Johnson a ‘dog-whistling racist’ over his suggestion that the full-face covering makes Muslim women look like ‘letterboxes’ and a ‘bank robbers’.

But Mr Johnson’s allies dismissed the move, with Tory MP Conor Burns jibing: ‘It’s a pretty good rule in life that for a resignation to have an impact it is useful if people have heard of you.’ 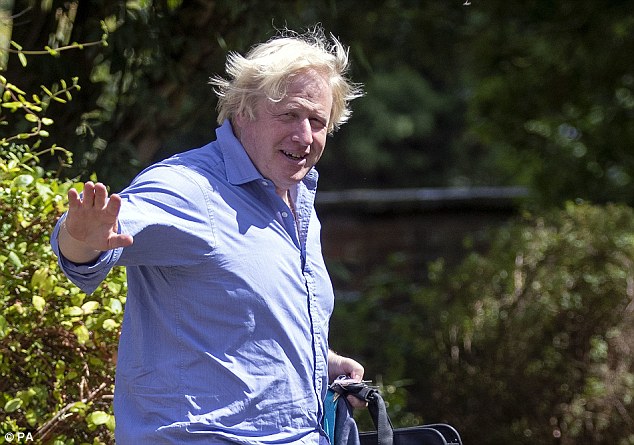 Boris Johnson has refused to apologised for his comments about the burka comments despite a call from Theresa May. The Conservative Party is considering a complaint against him 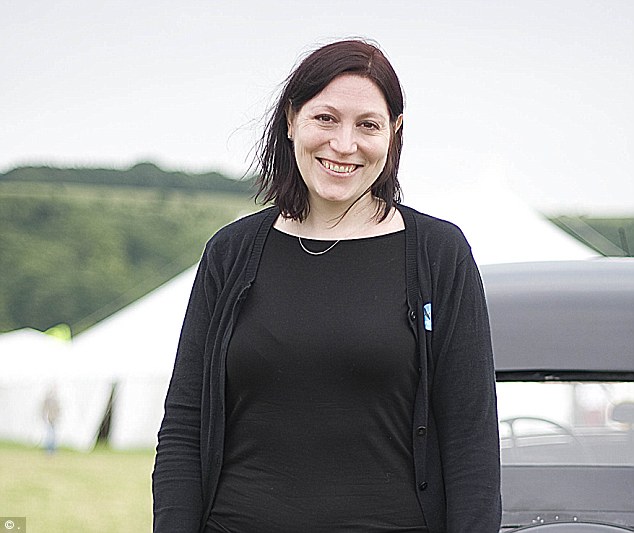 In her letter to the charity, obtained by Buzzfeed, Ms Haynes – who is currently hosting a BBC Radio 4 show on the classics – said: ‘I would like to withdraw as a patron until after the Board meets in October discuss the issue.’

‘I hope very much that they will choose to shun a person who chooses to advance his own cause at any price with no regard for those who are caught in the crossfire.

Ms Higgins said the former foreign secretary had made ‘cruel, derogatory and belittling remarks’ and she would step down if he remained in place.

What did Boris Johnson say about the burqa and the niqab?

The ex Foreign Secretary sparked a storm of controversy after using his weekly newspaper  column to compare women who wear burqas to letterboxes and bank robbers.

The burqa is a full face covering that is associated with a conservative interpretation of Islam.

In his Daily Telegraph article Mr Johnson said that he felt ‘fully entitled’ to expect women who wear face coverings to take them off when talking to him at his MP surgery.

He also said schools and universities are entitled to take the same approach if a pupil comes in ‘looking like a bank robber’.

Mr Johnson branded the burqa ‘oppressive’ and said it is ‘weird and bullying to expect people to cover their faces’.

He added that he could not find scriptural authority for the dress code in the Koran.

And he said ‘it is absolutely ridiculous that people should choose to go around looking like letter boxes’.

‘Boris Johnson has chosen – disguised under the guise of a liberal argument – to make cruel, derogatory and belittling remarks about a section of our community that is not powerful, that is not well represented at any political level, and that is under particular threat from racism, misogyny and Islamophobia at this time,’ she wrote.

The row erupted earlier this month when Mr Johnson took on the issue in his Daily Telegraph column.

He has refused to apologised despite a call from Theresa May. The Conservative Party is considering a complaint against him.

In his article, he wrote: ‘If you tell me that the burka is oppressive, then I am with you.

‘If you say that it is weird and bullying to expect women to cover their faces, then I totally agree – and I would add that I can find no scriptural authority for the practice in the Koran.

‘I would go further and say that it is absolutely ridiculous that people should choose to go around looking like letter boxes; and I thoroughly dislike any attempt by any – invariably male – government to encourage such demonstrations of ‘modesty’, notably the extraordinary exhortations of President Ramzan Kadyrov of Chechnya, who has told the men of his country to splat their women with paintballs if they fail to cover their heads.’

He said that if a constituent came to his office with with her face obscured ‘I should feel fully entitled – like Jack Straw – to ask her to remove it so that I could talk to her properly’.

He added: ‘If a female student turned up at school or at a university lecture looking like a bank robber then ditto: those in authority should be allowed to converse openly with those that they are being asked to instruct.’

But he said that he does not agree with Denmark’s recent decision to impose a total ban on burkas and niqabs.

He said: ‘If you go for a total ban, you play into the hands of those who want to politicise and dramatise the so-called clash of civilisations; and you fan the flames of grievance.

‘You risk turning people into martyrs, and you risk a general crackdown on any public symbols of religious affiliation, and you may simply make the problem worse.’ 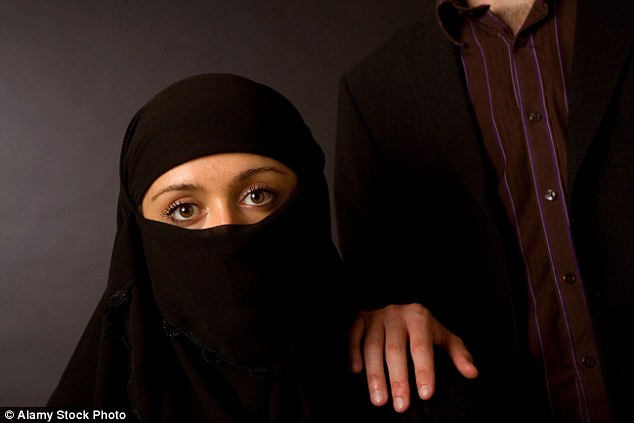 Mr Johnson suggested the full-face covering made women look like bank robbers, but rejected the idea it should be banned as has happened in Denmark