Thirsssss-ty? Venomous cobra laps water from a beaker after villagers rescue it from a dry well

Heartwarming footage shows a parched cobra accepting water being poured into its mouth from a beaker by villagers after they rescued it from a dry well.

The clip, taken in Maharashtra in India, shows the snake slithering up to the villagers and sticking out its tongue to drink the liquid.

The snake is said to have been spotted in a dry well by a man who was taking a walk through the village on a hot day.

One of the children in the background can be heard saying, ‘look the snake is drinking water.’ 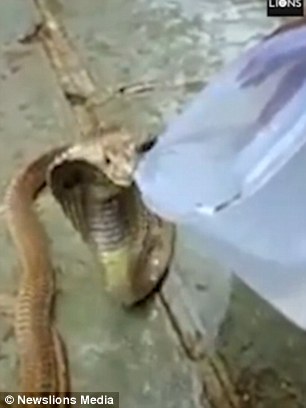 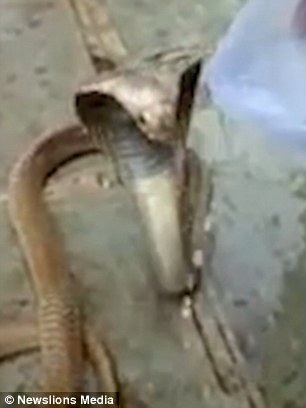 In India, it is a popular belief that snakes should be offered milk instead of water which is in fact highly dangerous for them as they are cold-blooded and can’t digest it. 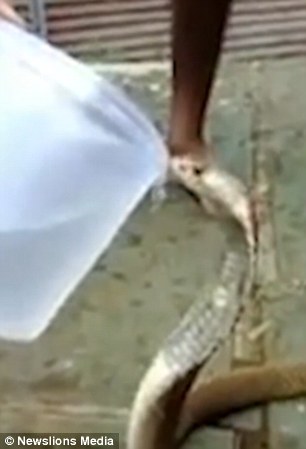 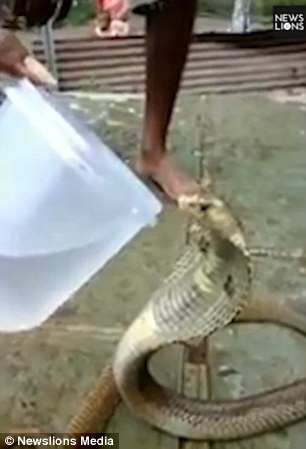 The cobra, who could kill a person with one deadly strike, appeared to have slithered over to the villagers to drink water after it became trapped in a dry well

The Indian Hindu devotees consider cobras as goddess’ and offer milk as a religious tradition, but experts say that snakes gets infected with pneumonia after drinking milk and diewithin a few days.

He said, ‘Snakes are to be preserved and it is very important for everyone to save snakes as it is beneficial for the environment, please do not offer milk to a snake as it causes pneumonia and kills it a few days later.’