Authorities have warned would-be traffickers to stay off beaches in southwest France as cocaine continues to wash up along the Atlantic coast.

So far more than a tonne of the illicit powder has mysteriously washed up in packages since mid-October, a prosecutor said Tuesday.

‘We fear that people will try and find these products and use them – which is incredibly dangerous – and that traffickers or would-be traffickers will say “we can make some money here”,’ Philippe Astruc the public prosecutor in Rennes said.

On Monday, a 17-year-old was caught with five kilos of cocaine at Lacanau, a closed-off surfing beach near the southwestern city of Bordeaux – he had come from Toulouse, a three-hour drive away. 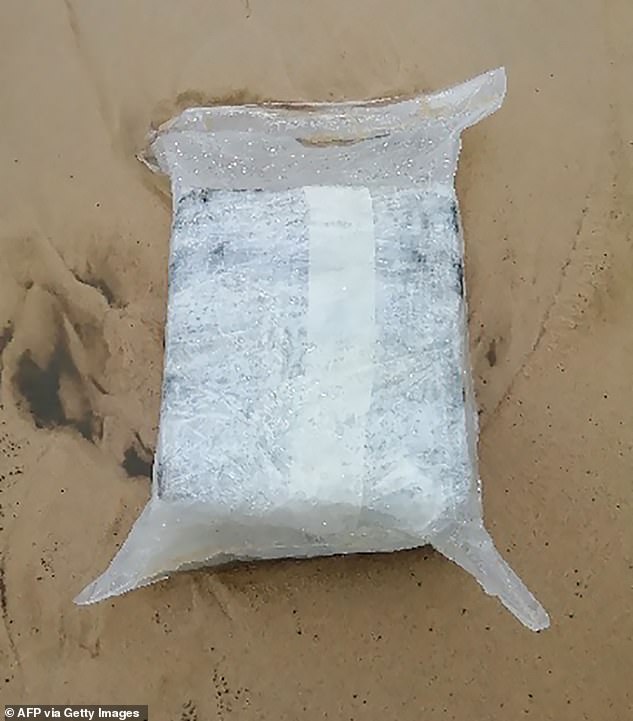 A suspected packet of cocaine lies on the sand on the Plage du Gressier beach in Le Porge, southwestern France on November 11 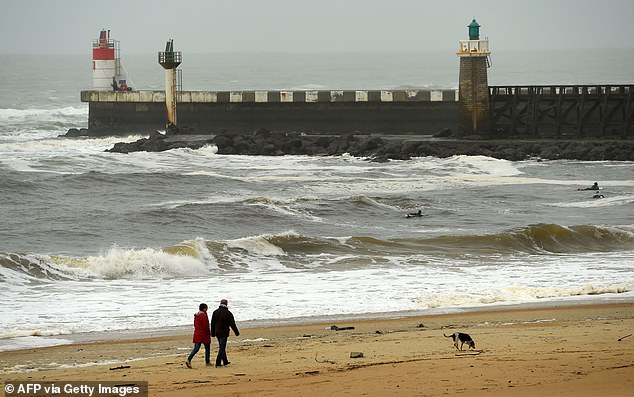 People walk along the beach in Capbreton, southwestern France,  on Monday where cocaine packages have been found

The packages are now being found farther north, with a five-kilo parcel turning up at Camaret-sur-Mer on the western tip of Brittany on Tuesday, Astruc said.

‘It’s the same cargo,’ Astruc said, adding that ‘we’re going to still be finding them for a while’. 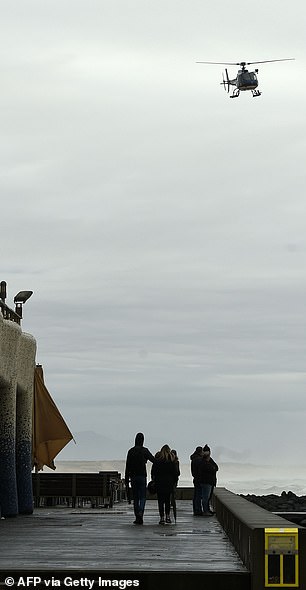 A gendarmerie helicopter flies over a beach in Capbreton, southwestern France where cocaine packages have recently been found, on November 11

‘Each tide brings in a batch. They are still fairly significant with around 100 kilos arriving each day all along the coast,’ he said.

Customs officers are also finding some of the packages at sea, he said.

Officials in Rennes are coordinating the searches for the packages, which have appeared on hundreds of kilometres of coastline all the way south to the posh resort town of Biarritz.

Around 100 investigators are working with European counterparts as well as the US Drug Enforcement Agency to try to figure out why the drugs have been washing ashore almost daily, Astruc said.

The cocaine is extremely pure at some 83 percent and therefore highly dangerous, Astruc said, urging people not to touch the packages and to alert the police.

That has not stopped some from trying to get their hands on the drugs, whose street value would be in the millions of euros, prompting police to close some beaches and start carrying out patrols.

A police helicopter was also being used along the 77-mile stretch between Cap Ferret and Soulac-sur-Mer, which includes the Lacanau beach.

A woman who gave her name as Martine failed to notice the closure signs at the Porge beach on Monday, when officers told her and a friend to leave. 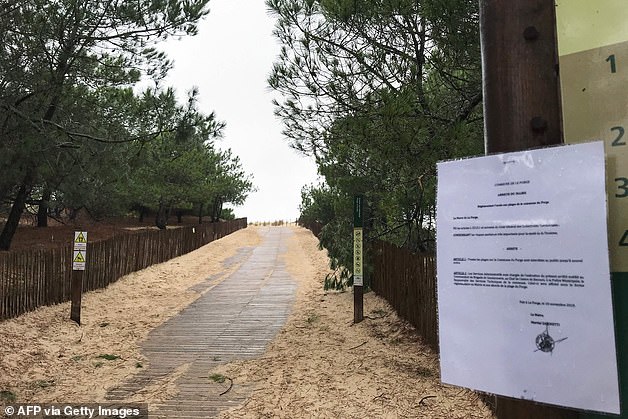 A sign forbidding access is posted at the entrance of Plage du Gressier in Le Porge, southwestern France

‘When we turned around we saw a package next to the water,’ she said, saying they alerted the police, who estimated it weighed some four kilos before sealing it in a plastic bag.

‘It would have been tempting to take it, but we’re honest!’ she told AFP.

Astruc said 1,010 kilos (nearly 2,230 pounds) have been recovered so far, a sharp jump from just two days ago, when 763 kilos were reported.

‘In this form it’s a very dangerous product that could cause an overdose,’ his office said Sunday.

‘There are several hypotheses, but for the moment we think it’s likely they were jettisoned because of a mechanical problem or during a storm,’ Astruc said in a statement on Sunday.

Investigators are poring over maritime logs from mid-October for clues about where the drugs might have come from, he said Tuesday. 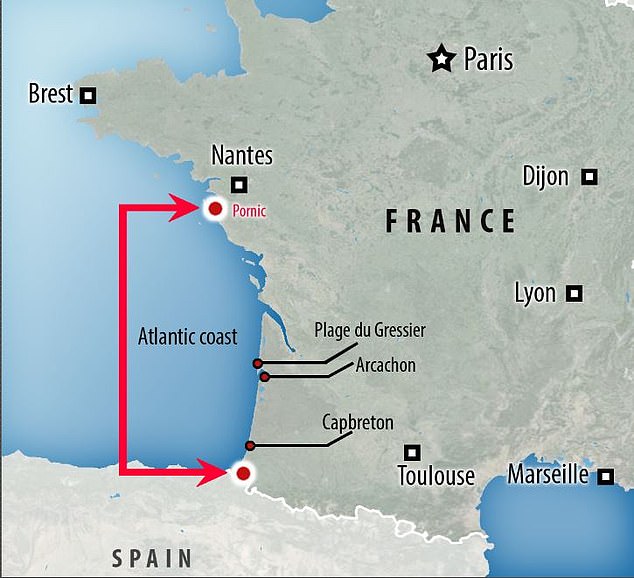 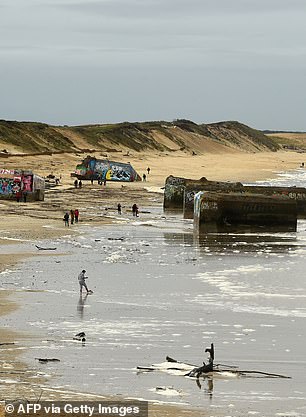 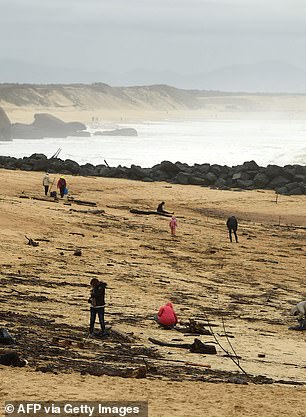 People walk on the beach in Capbreton, southwestern France (left and right) where cocaine packages have been found in recent weeks

The Sud-Ouest newspaper reported over the weekend that some packages found on the beach at Arcachon, southwest of Bordeaux,were marked ‘Diamante’ or ‘Brillante’.

Packages of cocaine marked with the same words also reportedly washed up in Florida during hurricane Dorian in September, it said.

Police seized a record or more than 140 tons of cocaine across Europe in 2017, the most recent data available from the EU’s European Monitoring Centre for Drugs and Drug Addiction, published in June.

Most was seized in Belgium and Spain, long the main port of entry for the drug, and its purity has increased markedly over the past ten years, the agency said.