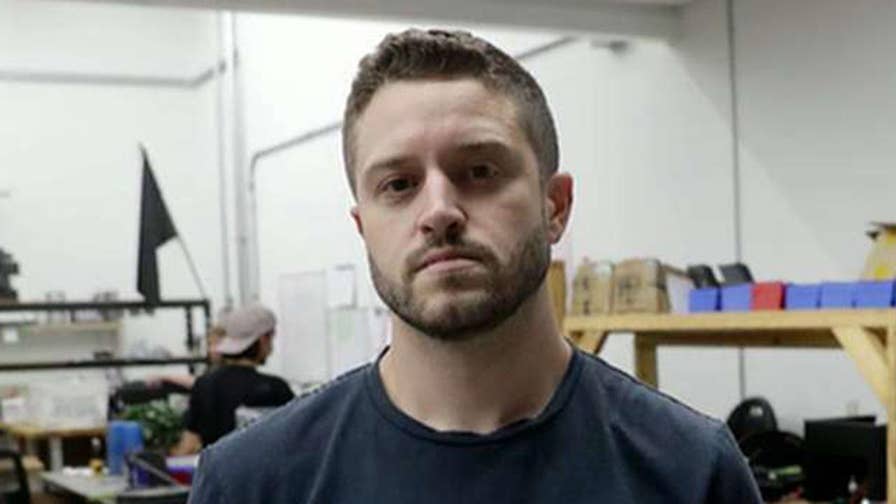 Cody Wilson, the man who tried to sell blueprints for plastic guns, is now accused of sexually assaulting an underage girl.

Cody Wilson, the Texas man behind the controversial 3-D printed gun, was arrested Friday in Taiwan after he was accused of sexual assault, a government official told Fox News.

Austin police said they conducted a forensic interview in late August with a juvenile who said she was sexually assaulted by Wilson after meeting him on a website called SugarDaddyMeet.com, a police affidavit said.

Wilson was arrested in a hotel in Taipei’s Wanhua District, said the government official, who spoke on the condition of anonymity. He arrived in Taiwan on Sept. 6 using his real passport. The U.S. revoked his passport after they realized he was in Taiwan, which is why Taiwanese officials were able to arrest him, the official said.

Austin police Cmdr. Troy Officer told The Associated Press on Wednesday that the department was working with national and international law enforcement to locate Wilson, who missed a scheduled flight back to the U.S. from Taiwan. Officials said a friend of the girl told Wilson before he left for Taiwan that police were investigating the allegation against him.

The juvenile told police she connected with a person using the profile name “Sanjuro,” and who identified himself as “Cody Wilson.” She told police Wilson told her he was “a big deal,” according to the police documents.

The affidavit does not specify the victim’s age, only identifying her as a “juvenile female under the age of 17.” Officer told the AP that the girl is 16 years old.

During the forensic interview, the victim told police she and Wilson exchanged cell phone numbers and continued to have conversations using the Apple iMessage service on her phone. They allegedly arranged to meet Aug. 15, 2018, at the parking lot of Bennu Coffee in Austin.

The girl reported she received images of Wilson’s genitalia and sent a picture of herself naked, according to the affidavit.

The victim told police she entered the vehicle and they drove to the Archer Hotel. Surveillance cameras reportedly captured the two using the hotel’s valet service, in the lobby and in an elevator. They were also allegedly spotted on the seventh floor, where there were guest rooms.

The juvenile told police the two went to room 718, where Wilson allegedly sexually assaulted her. Afterward, she said, he paid her $500 before driving her to a Whataburger restaurant.

Hotel records revealed that Wilson registered the same room that the girl reported he had sex with her, the affidavit stated.

Wilson made headlines this summer for defying a federal court order and selling blueprints of untraceable 3-D printed guns. He told Fox News in July the guns are “mostly curiosities” and that the “big” and “bulky” characteristics of the weapons would help identify them.

“I doubt seriously that it’s a real problem,” he added. “If it is a problem, then the [security] norms will have to change.”

Fox News’ Lucia I. Suarez Sang and the Associated Press contributed to this report.