The first victims of the Genoa bridge collapse are being laid to rest today ahead of a national day of mourning and a state funeral on Saturday.

Friends and family members gathered to mourn at the coffins of some of the victims, including a family of three, a young father and a Chilean couple, as they laid in state at the Fiera di Genova exhibition center.

The confirmed death toll from the collapse of a 660-foot stretch of the bridge on Tuesday that sent vehicles plummeting 165 feet to the ground, remain at 38, but officials have said there still may be up to 20 people missing.

The funerals are being held as the battle of who to blame for the incident continues after Italian media revealed that an engineering study commissioned by Italian highway operator Autostrade last year warned about the state of the concrete-encased cable stays that held up the bridge. 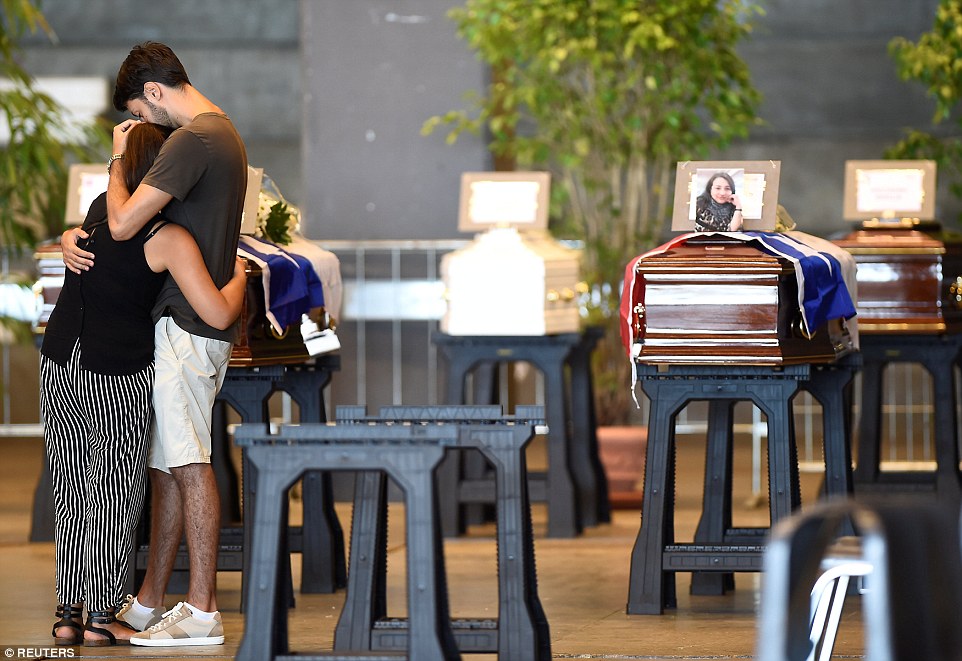 Mourning: Friends and family members gathered to mourn at the coffins a Chilean-born couple, which have been draped in the flag of their home country 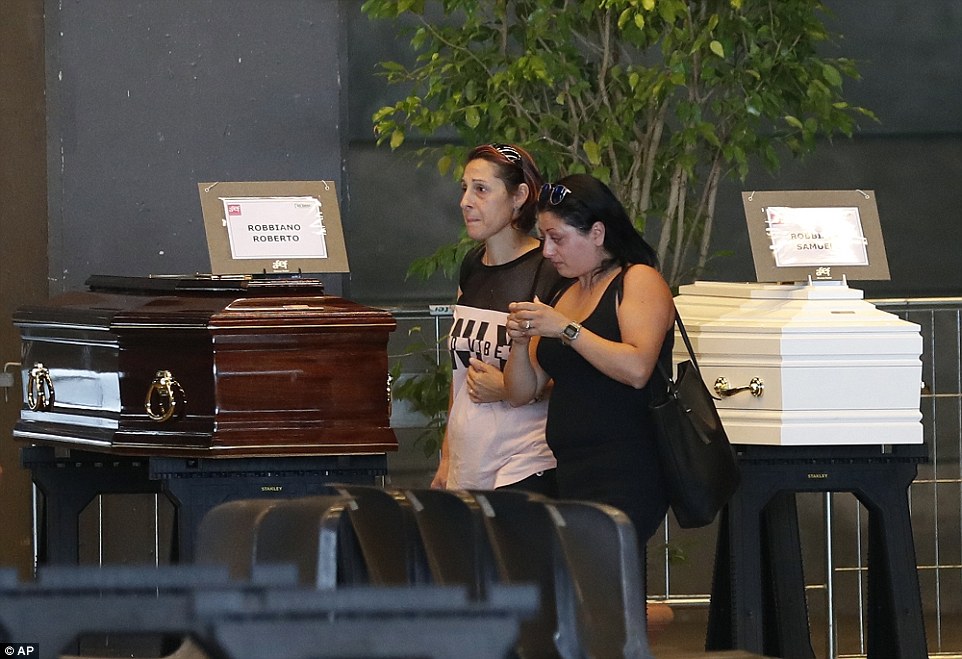 Heartbreaking: The coffins of Roberto Robbiano and his  eight-year-old son Samuel, who died alongside with his wife and Samuel’s mother Ersilia Piccinino when their car fell 150ft, are seen ahead of their funeral 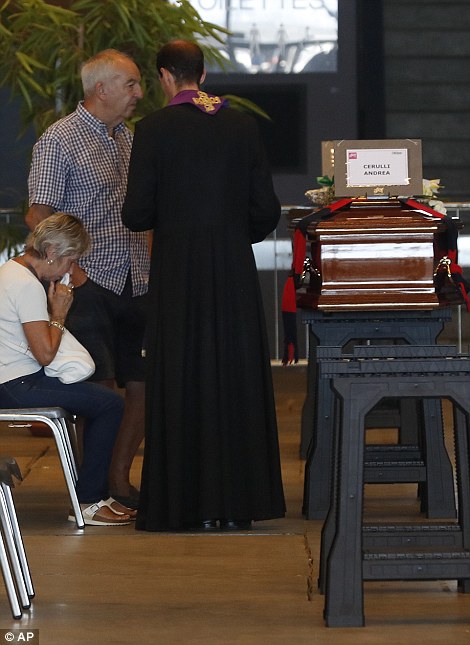 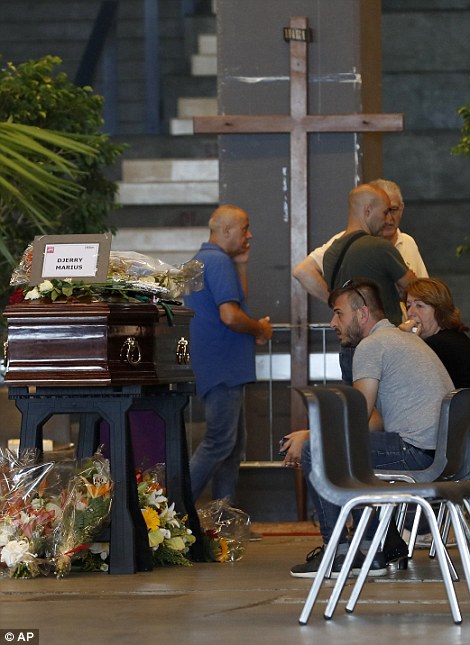 The coffins  of amateur football player Andrea Cerulli, the father of a young son who was killed on his way to work, left, and and 22-year-old Albanian national Marius Djerri, right, were put on display

The newspaper reports said the university study had found that the stays of the section of the bridge that later collapsed reacted to vibration ‘in a way that does not entirely conform with expectations and requires further investigation.’

The study said the anomaly in the stays’ reaction may have been linked to corrosion of metal in some cables.

But some families have said they will boycott the event and hold their own private services, as a sign of protest against what they say was negligence that caused the bridge to collapse.

The government has declared Saturday a national day of mourning. The state funeral will be televised live and state broadcaster RAI said will not air any advertising as a sign of respect for the victims. 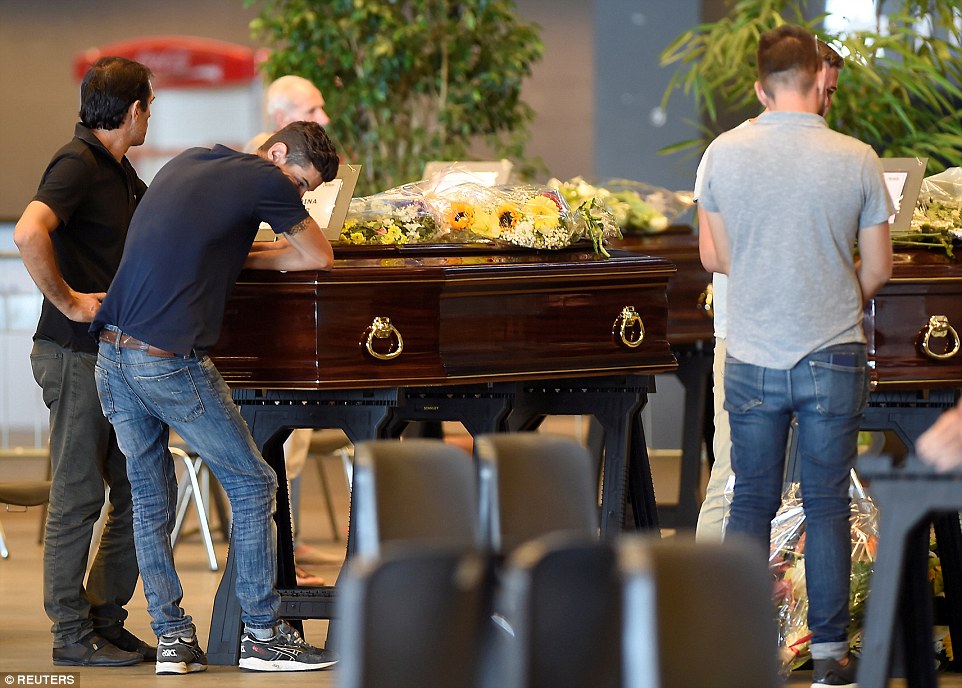 Some families have said they will boycott tomorrow’s state funeral and hold their own private services, as a sign of protest against what they say was negligence that caused the bridge to collapse 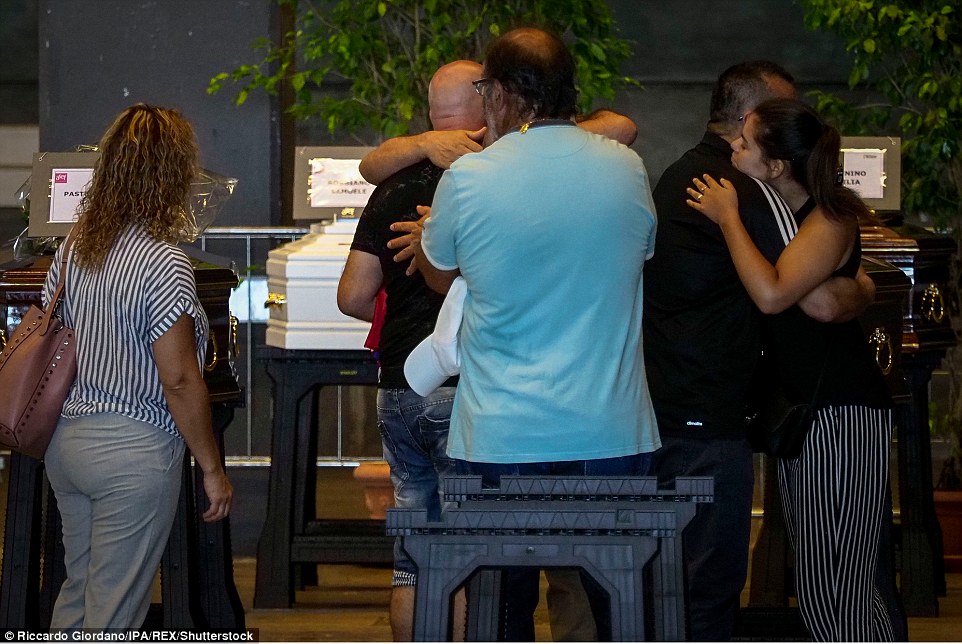 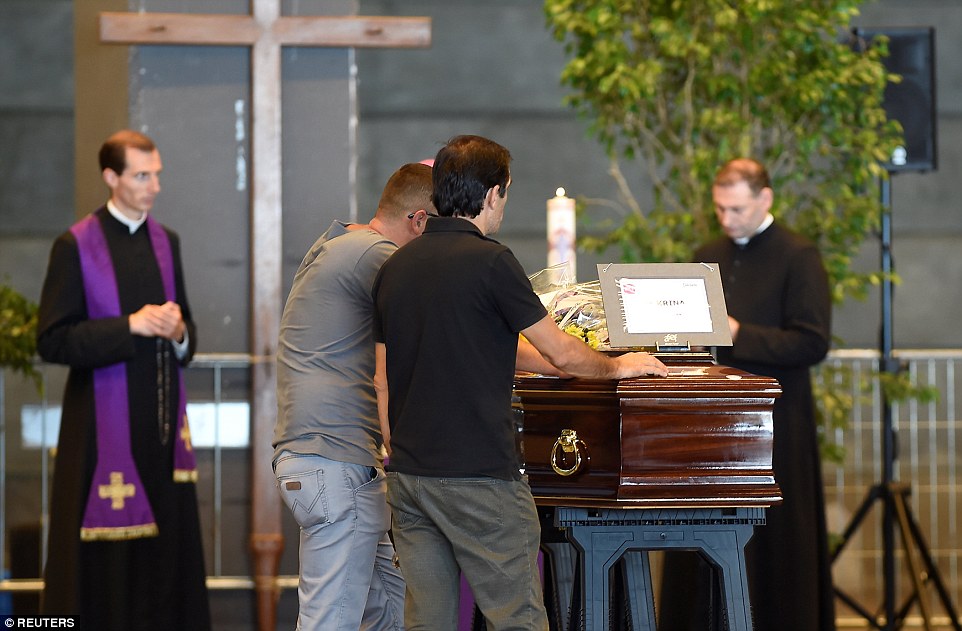 Meanwhile, rescue workers continue to search through tons of concrete and steel from the collapsed highway bridge for a fourth day on Friday.

The chance of finding survivors at this stage is slim and the unstable mountains of debris is making the search operation dangerous, but rescue workers said they had not given up hope.

‘We are trying to find pockets in the rubble where people could be – alive or not,’ fire official Emanuele Gissi told AFP.

Genoa’s chief prosecutor has said that between ten and 20 people could still be missing under the huge piles of concrete.

Cranes and bulldozers are working to help clear the site as rescuers try to cut up and remove the biggest slabs of concrete.

‘We will then send in dogs and rescue workers to see if we can find any signs of life,’ Gissi added. 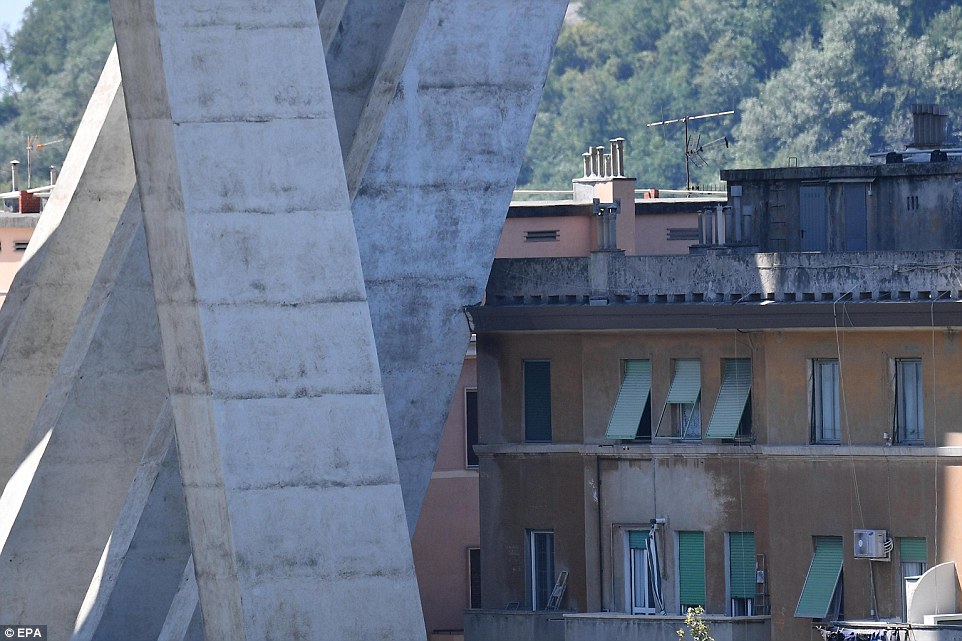 Bizarre design: One of the pillars of the highway bridge which collapsed on Tuesday, killing at least 38 people, appears  to cut through a part of the roof of the building under it 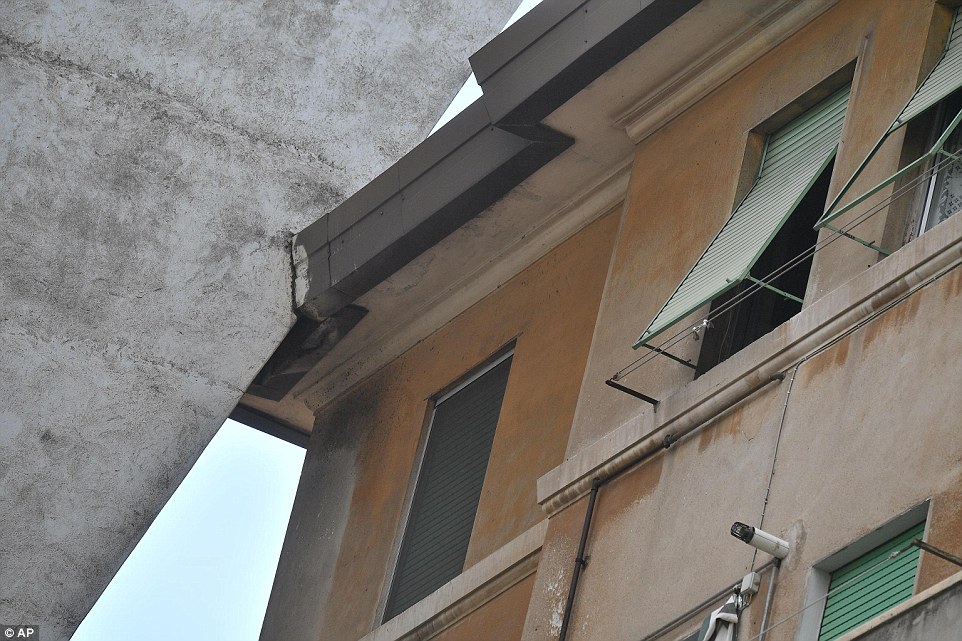 Cutting it close: The bridge that collapsed in was considered a feat of engineering innovation when it was built, but its design is now being investigated as a possible contributor to its collapse