The world’s largest cocaine producer cultivated around 1,400 tonnes of cocaine last year on some 171,000 hectares.

These figures are a huge blow to the country’s war on drugs, to which the US reportedly donates an annual $400m. 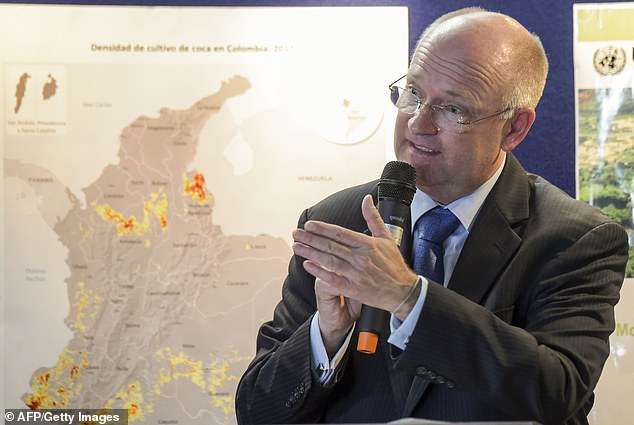 The representative of the United Nations Office on Drugs and Crime (UNODC) in Colombia, Bo Mathiasen, speaks during the release of the latest Colombia Coca Survey, jointly produced by UNODC and the country’s government 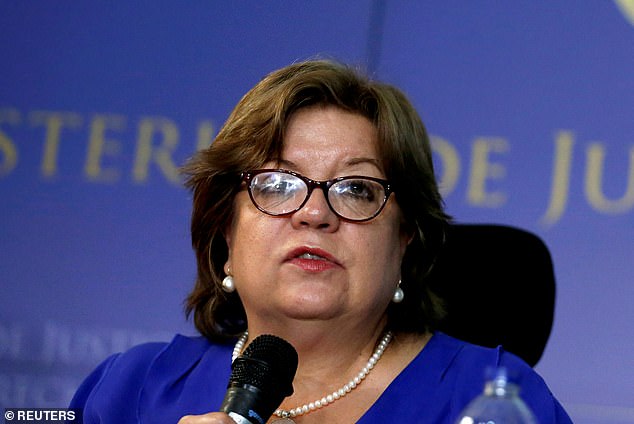 The growth in acreage used to produce coca represents an increase of 25,000 hectares, or 17 per cent compared to the previous year.

The UN Office on Drugs and Crime (UNODC) warned that the increased production might hinder efforts to secure peace in the area, with Gloria María Borrero Restrepo, Colombia’s justice minister, saying it was ‘really very worrying’.

Most cocaine produced in Colombia finds it way to the US, which is the world’s largest consumer of the Class A drug.

An estimated 92% of cocaine samples seized by police in the US can be traced to Colombia. 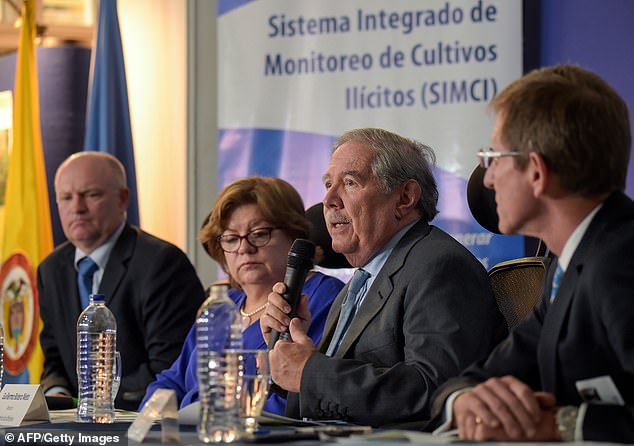 The report also said that the potential market value of cocaine produced in Colombia in 2017 was about $2.7bn (£2bn).

Washington’s ‘Plan Colombia’ initiative, which aims to tackle drug trafficking as well as quell production, has cost them more than $10 billion over the last 15 years.

The country has been trying to stem the production of cocaine since the 1980s and 90s, when Pablo Escobar and his Medellín cartel ran the business. 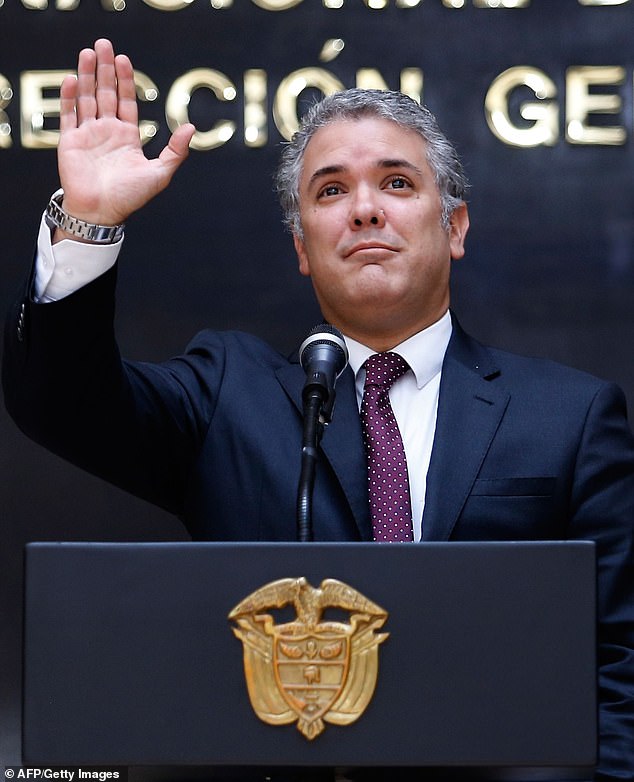 Colombia has tried various counter-narcotic strategies. In November 2017 its government signed a landmark $300m agreement with the UN which aimed to stem the production of cocaine by compensating farmers who switched from growing coca to cash crops like coffee and cacao.

The goal was to convert about 100,000 hectares in 12 months, but is far off that total with the deadline just over a month away.

President Juan Manuel Santos also tried to shift Colombia’s strategy to confiscation and suspended a scheme which used planes to spray the crops with chemical glyphosate in 2015, after the World Health Organization (WHO) warned that the chemical might cause cancer.

However, Mr Santos’ successor Ivan Duque is now looking to intensify the war on drugs – promising that the country will see ‘concrete results’ in the next few years.

Mr Duque has authorised the use of aerial fumigation once again, this time with drones.

About 80% of Colombia’s coca has been grown in the same area for the last decade – with regions on the Pacific coastline producing the most.

In Narino, a state on the border with Ecuador, more hectares of farmland are dedicated to coca than in the entire country of Peru.

Who was Pablo Escobar, leader of the Medellin Cartel?

During his time at the helm of the Medellin Cartel he controlled over 80 per cent of the cocaine shipped to the US.

This earned him the rank of one of Forbes Magazine’s ten wealthiest people in the world.

Escobar entered the cocaine trade in the early 1970s, collaborating with other criminals to form the Medellin Cartel.

Despite his role as a drug lord Escobar earned popularity by sponsoring charity projects and soccer clubs.

However terror campaigns run by Escobar resulted in the murder of thousands turned the public against him.

By the mid-1980s, Pablo Escobar had an estimated net worth of $30 billion and cash was so prevalent that Escobar purchased a Learjet for the sole purpose of flying his money.

More than 15 tons of cocaine were reportedly smuggled each day, netting the Cartel as much as $420 million a week.

Colombian law enforcement finally caught up to Pablo Escobar on December 2, 1993 in a middle-class neighborhood in Medellin.

A firefight ensued and, as Escobar tried to escape across a series of rooftops, he and his bodyguard were shot and killed.