Jason Manford has apologised to Dawn French for saying he could not care less about Cornwall’s scone customs.

The comedian, 37, posted a picture to Instagram of a scone slathered in cream with jam on top during a visit to Newquay on Wednesday after playing a gig in Redruth.

Flouting the county’s tradition of putting jam on first, he captioned the snap: ‘I do not care less about the local customs! #CreamFirst’. 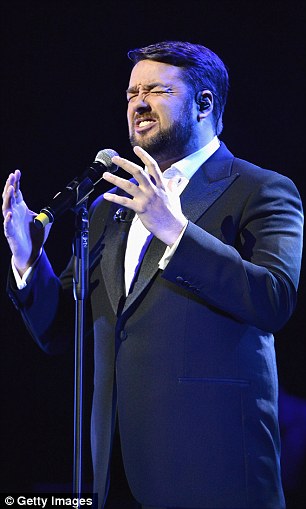 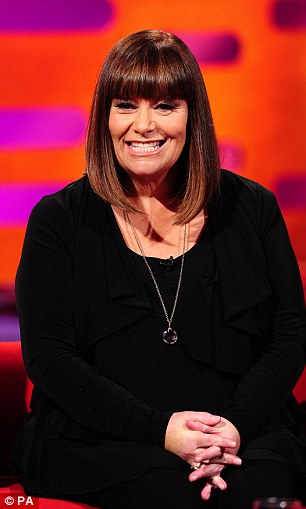 Jason Manford performs at the London Palladium (left). Dawn French (right) scolded him on Twitter for eating scones with jam on top of the cream 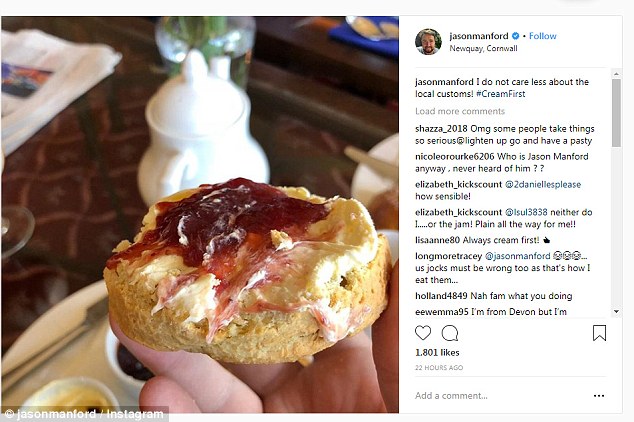 ‘Do not care less’: Manford posted this picture to Instagram of him happily munching on a scone smothered in clotted cream with jam on top. This is not the Cornish way of eating scones – jam is traditionally put on first 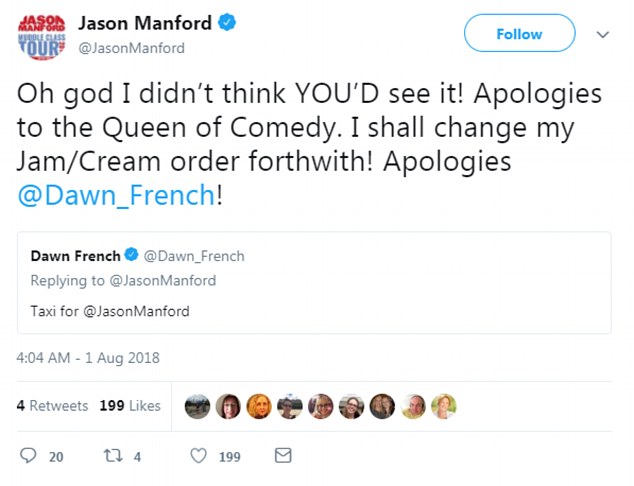 ‘Taxi for @JasonManford’: French scolded the Mancunian comedian for his disregard for Cornish scone traditions. Manford backpedalled, saying he apologised ‘to the Queen of Comedy’

But actress French, who lives in a £3million mansion in the county, was quick to intervene, bluntly commenting on the post: ‘Taxi for @JasonManford’.

‘Apologies to the Queen of Comedy. I shall change my Jam/Cream order forthwith! Apologies @Dawn_French!’ 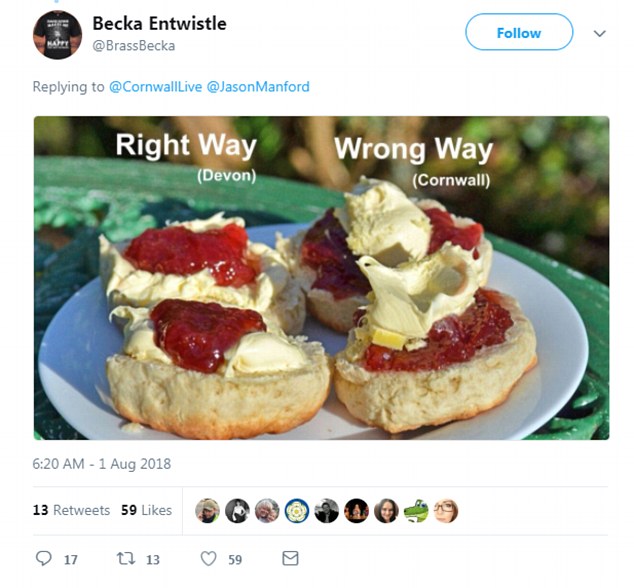 Becka Entwistle showed her support for Manford with this picture, which blasts the Cornish jam first scone as the ‘wrong way’ 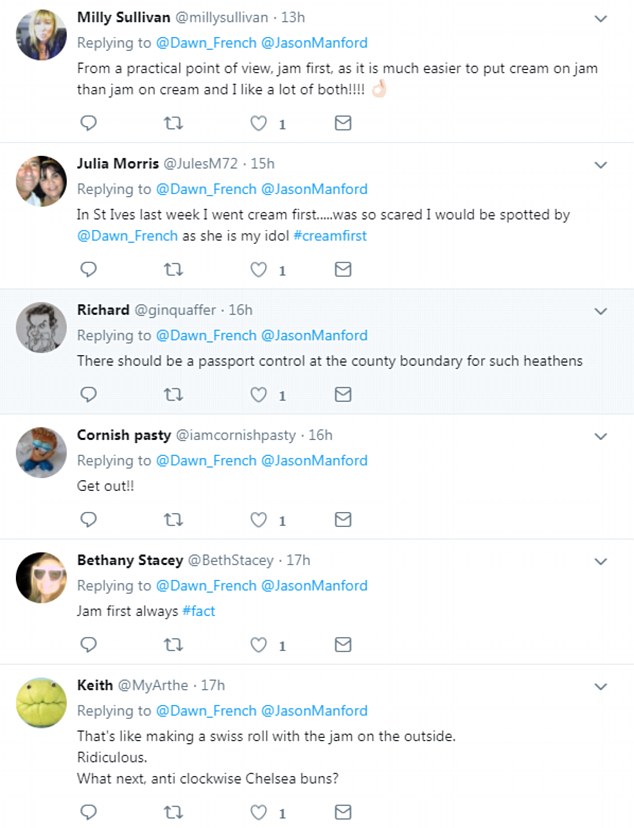 ‘Get out!!’ Twitter users posted horrified responses to Manford’s picture, insisting he was eating scones incorrectly

Twitter users were eager to offer their thoughts on the scone controversy.

Kevin Roberts added: ‘Poor effort Mr Manford. Next, you’ll be eating a pasty with a side salad’.

But others supported the comedian, using the hashtag #creamfirst to show their solidarity with his Devon-style scones.

Celebrities have been wading into a war of words on social media over whether Cornwall or Devon are correct about how to eat scones.

A month ago French, who lives in Fowey with her second husband, kick-started the debate.

She wrote on Twitter: ‘On this NationalCreamTeaDay please remember, for everyone’s safety… JAM FIRST. #doittherightwayorgotoyourgod’.

‘Shame on you’: Avril keeps her response to Manford’s Instagram picture brief and cutting

Other famous faces were quick to get involved.

Good Morning Britain star Piers Morgan also got involved in the debate, adding: ‘HAS to be jam first, (clotted) cream on top.’

In March, Cornish National Trust property Lanhydrock House and Garden posted a Mother’s Day advert online which showed scones with jam on top of the cream.

Outraged Cornish people threatened to boycott the National Trust because of their violation of the county’s scone traditions.

In Cornwall, strawberry jam is spread on warm scones then topped with a dollop of clotted cream. 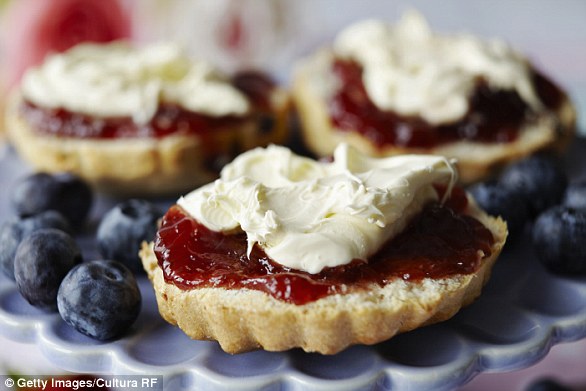 The Cornish Way: Dawn French has ferociously insisted the cream should always go on top of the jam

In Devon, clotted cream is spread onto scones first and jam is put on top. 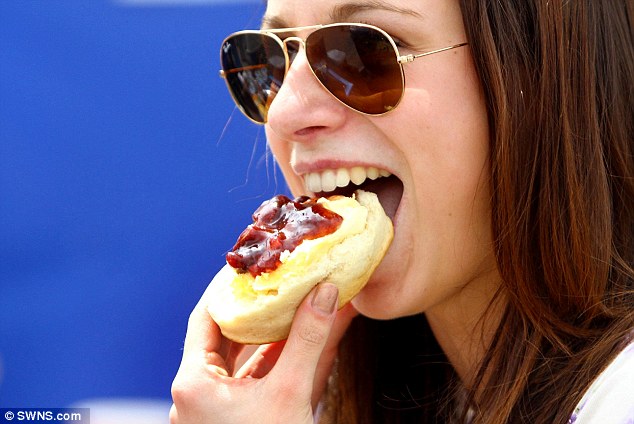 The Devon Way: Some people think the clotted cream should be spread on the scone first and topped with jam