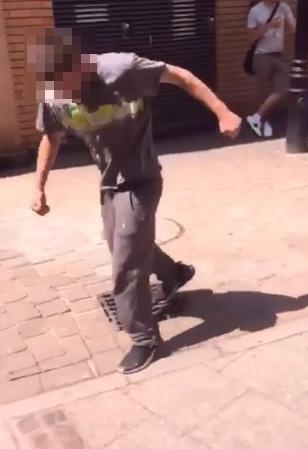 He appears to be heavily under the influence of powerful synthetic drug spice — currently plaguing towns up and down the country.

Phil Barlow, who filmed the inebriated man, had a set of speakers with him and decided to play the zombie-themed hit.

He then posted it to social media where it was shared on the “Spice Heads” Facebook page.

The video begins with the man stumbling aimlessly before the entrance to Bristol bus and train station. 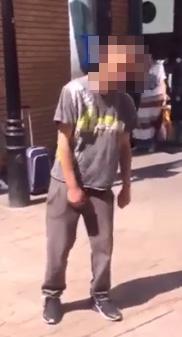 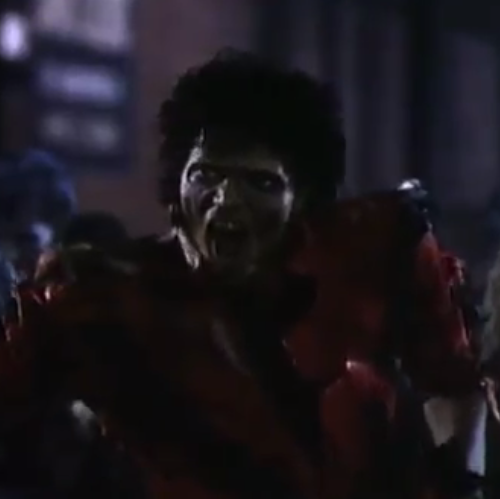 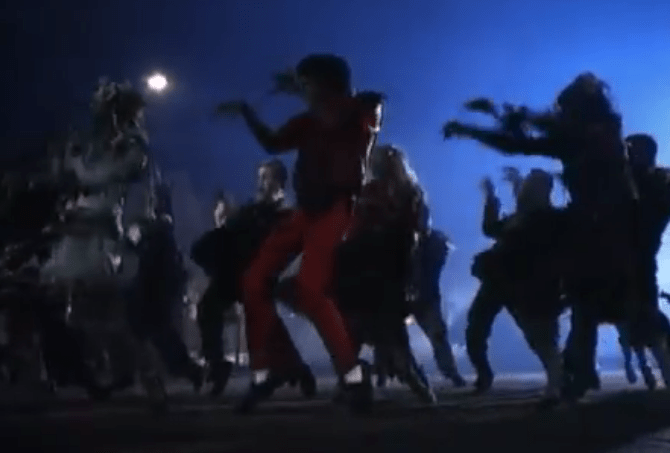 Pedestirans can be seen walking past as the man struggles to stay upright.

Phil puts on the Jackson track — to loud laughter from those watching.

One man can be heard asking: "Who put on that song?"

The same man can be heard urging: "Go on, do the Thriller." 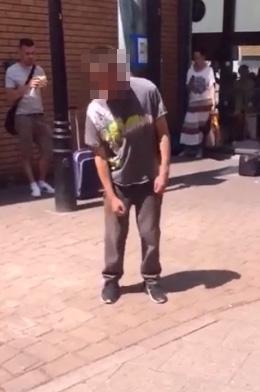 Illegal high: What is Spice?

Before the ban on psychoactive substances in 2016, it was being sold either over the counter or online under a variety of brand names such as Annihilation and GoCaine.

It is highly addictive with withdrawal symptoms said to be worse than coming off crack or heroin.

Spice appears particularly rife in Birmingham and Manchester, where a number of users have been hospitalised after taking the drug.

It has been dubbed the "zombie drug" because of the effect it can have on users, who are often seen staggering around.

An ex-spice addict described being on the drug as feeling "brain dead".

"They say people look like zombies, and that’s how it feels."

Floorlayer Phil, 35, who took the video, said: “My reaction was to laugh and people walking past were laughing as well.”

After seeing the clip on social media, Anthony Stericker commented: "Whoever put that song on is a f****** legend."

Lee Lath said: "Had me in stitches."

But others used the clip to highlight the devastation caused by the drug.

Rachel Thurman wrote: “I'd like to get my hands on the dirty dealers and chop off their hands.

"In fact that would be too good for them. This is bad.

"He's only hurting himself, not like the low life that sold him this and making a living off him.”

"What’s wrong with the people selling it? Seeing people like this is not right.”