Conference centres, music venues and sports grounds could be used as field hospitals in a desperate bid to treat more coronavirus patients.

The Army could turn a number of large-capacity venues into overflow medical facilities up and down the UK after cases spiralled to 6,550 and 335 deaths.

After visiting the ExCeL Centre in London’s Docklands, there are several other options on the table for accommodating life-support patients.

In the capital, where there are more cases than anywhere else in the country, both the O2 and Wembley Arenas could be used to support NHS hospitals as they struggle to treat an ever-increasing number of patients.

The Queen Elizabeth conference centre in Westminster, where Prime Minister Boris Johnson gave his victory speech in December, could also be used. 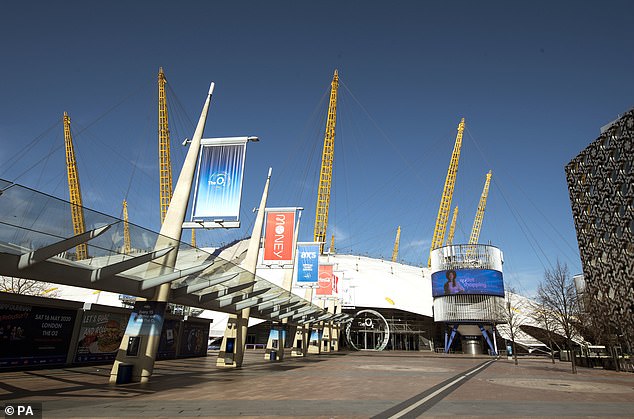 After military planners visited the ExCeL Centre in east London , the nearby O2 Arena (pictured) in North Greenwich, could also be used as a field hospital to treat coronavirus patients 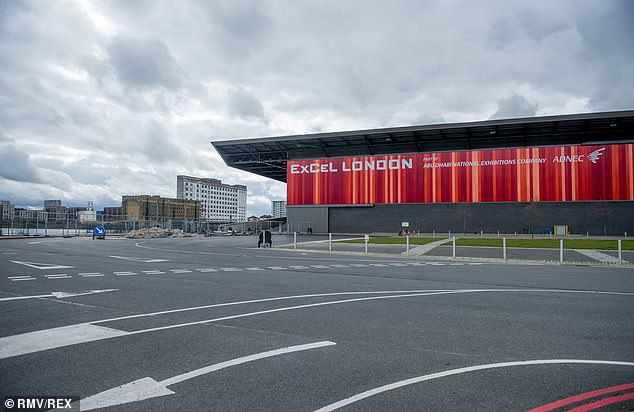 The ExCeL Centre in the London Docklands, east of the capital, (pictured) has a capacity of 68,750 and could house 4,000 intensive care beds if needed – far more than any existing hospital in the city

Despite a capacity of just 2,500 people and its usually-busy, central London location, sources told the Daily Telegraph it would be ‘simple to convert, centrally located and easy to protect’.

There have been 2,433 confirmed cases of COVID-19 in the capital.

With a population of 8.9million people and a crowded public transport network, the number of infected in London is now ‘several weeks ahead’ of the rest of the country.

Outside London, Chief Executive of Durham County Cricket Club Tim Bostock has offered up his ground.

He believes the Emirates Riverside would have room for between 500 and 700 hospital beds and told the Telegraph other clubs were willing to do the same.

Although the Government is yet to approach them, football grounds, including the Emirates, Wembley Stadium and West Ham’s London Stadium, could also act as field hospitals.

Military planners were spotted visiting the ExCeL Centre in the Docklands last week, which could accommodate 4,000 hospital beds – more than any existing London hospital. 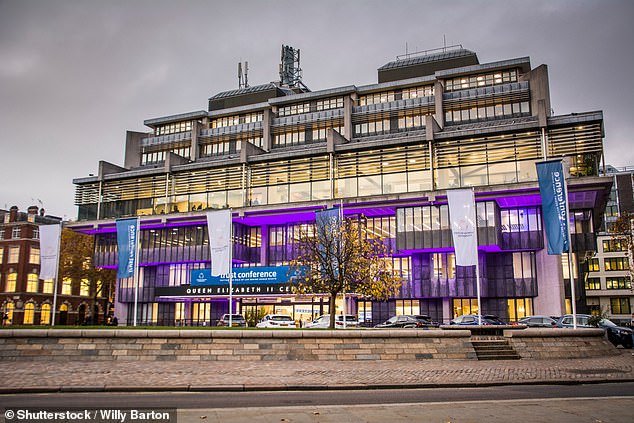 The Queen Elizabeth conference centre in Westminster (pictured), where Prime Minister Boris Johnson gave his victory speech in December, could also be used. 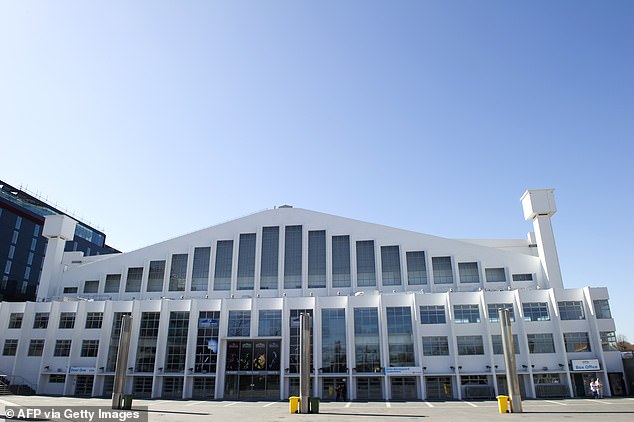 Wembley Arena, in north west London, houses 12,500 people at concerts and could accommodate a large number of beds if turned into a field hospital

The huge venue, which was constructed in 2000, sits on a 100-acre site, and has been used for a range of events including boxing, fencing, and wrestling during the 2012 Olympics.

It has a capacity at any one time for 68,750 visitors and can split into several different halls.

A spokesman for the Ministry of Defence said: ‘To assist NHS England to prepare for a number of scenarios as the coronavirus outbreak unfolds, a team of military planners visited the ExCeL centre in London to determine how the centre might benefit the NHS response to the outbreak.’

Ministers have not yet made any final decision, they added.

On Sunday, Spain opened Madrid’s Ifema exhibition complex to accommodate patients after the number of cases in the country exploded, with hundreds of deaths within 24 hours.

The field hospital will have 5,500 beds once it is fully sent up, including 500 in an intensive care unit. 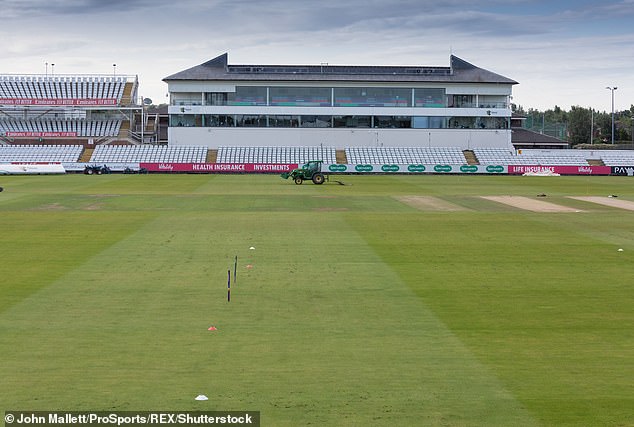