Murray, 26 and from Liverpool, claims the pair slept together after meeting at the Aintree Grand National in 2017 – nine months before baby daughter Clodagh was born. 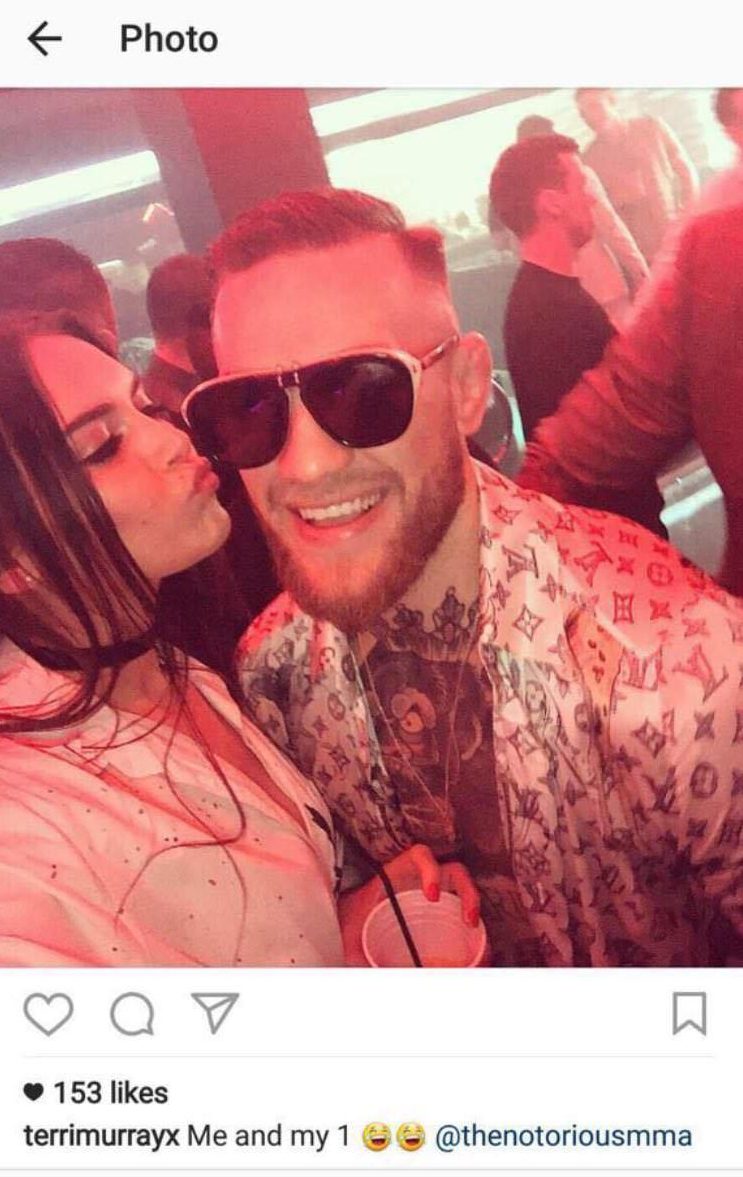 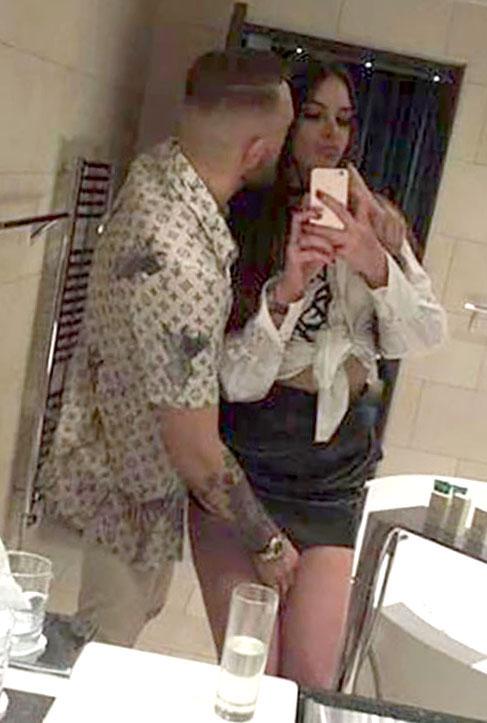 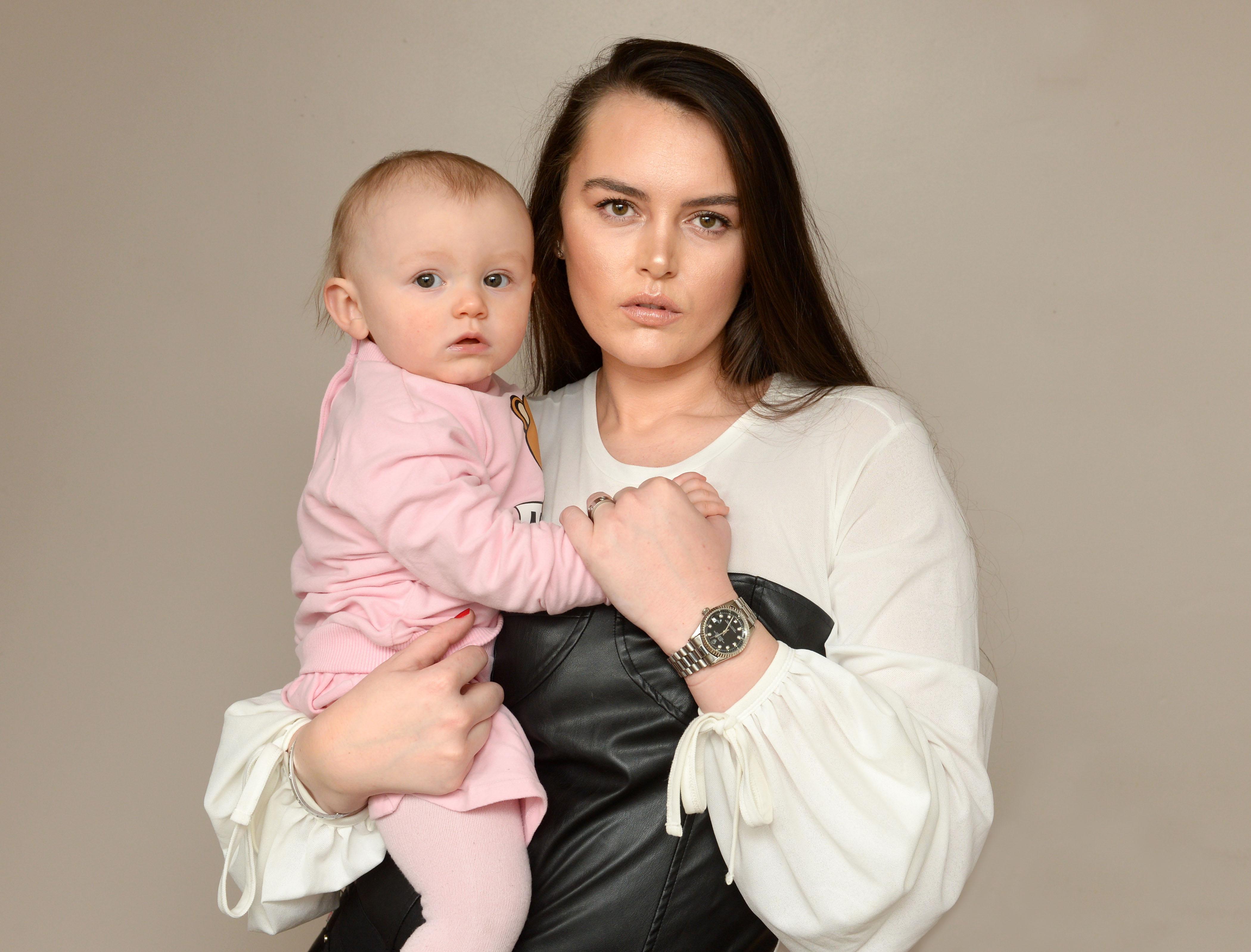 The young mum told the Mirror she bedded the cagefighter at his hotel in April 2017, just four weeks before Conor’s longterm girlfriend Dee Devlin, 31, gave birth to their first child, Conor Jnr.

McGregor, worth an estimated £75million, has denied he is one-year-old Clodagh's dad and insists that Terri slept with one of his friends.

Pictures of McGregor and Murray allegedly taken in the bathroom of his hotel suite appear to show the 30-year-old's hand on Murray's thigh.

The mum claims that on April 9, 2017, she and a friend met McGregor's entourage at the Mansion Club in the city and was invited to meet the star.

They were then invited by the entourage to the Hilton Hotel where McGregor was staying, she claimed, and once there one of the fighter's friends made a move on her.

She claimed she kissed him "for a second but did not go near him".

'I'VE BEEN WAITING FOR YOU'

Murray then went to have a drink in McGregor's executive suite where he was with friends.

She told the Mirror: "I’ve said to Conor ‘Hiya’ and he has gone ‘I’ve been waiting for you’, and I’ve gone ‘Conor, I never got an acceptable picture with you before, can I get a picture with you?’"

She claimed the Irish fighter put his arm around her and walked her into the bedroom.

"In the room was an ensuite bathroom and he’s gone ‘Baby, I’ll give you a home movie never mind a picture’," she said.

Murray says she wasn't thinking about McGregor's girlfriend, but she "just started kissing him back".

She claimed that when she asked if he had a girlfriend, McGregor said he "had been on and off with this girl for years".

We slept together. To be honest there was no sleep, we were not sleeping, do you know what I mean?

She continued: "We slept together. To be honest there was no sleep, we were not sleeping, do you know what I mean?”

Previously, the mum said she doesn't want money from the the former two-weight UFC world champion but wants to prove he's the father of her baby.

"I just want to prove he is Clodagh’s dad and I’m not lying,” she told the Daily Mirror.

"If he gets that DNA test, I’ve said ‘You never have to speak to me again, you can walk away’.”

Terri claims the star slept with her even though he knew she was not using any contraception.

After the romp, Terri said he invited her to another club, but she went home.

He allegedly got back in touch two days later and they had sex a second time in the Hilton.

When Terri found out she was pregnant, she messaged Conor but claims he did not initially respond.

After she gave birth, the mum posted screenshots of their alleged conversations on Instagram – where he appears to claim he is not the father.

Last May, Terri filled in an “initial enquiry form” for child maintenance, naming McGregor as the “respondent”.

He was recently banned from fighting for six months over a post-fight brawl following his loss to UFC rival Khabib Nurmagomedov.