A COP was suspended yesterday after he was filmed placing a suspect in a chokehold — and then allegedly punching him in the face.

The PC slammed Ahmad Hassan up against a car before pulling him to the ground. 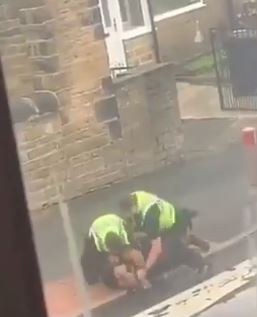 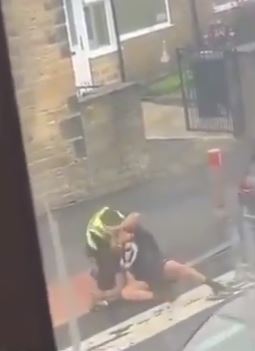 Security guard Ahmad, 27, can be seen thrashing around on the floor as he struggles to breathe.

The policeman twice yells: “Chill out or I’ll choke you out.”

Ahmad told The Sun: “I saw the angel of death coming and thought I was going to die.

“This is the same thing that happened to George Floyd — it’s happening on our streets too.”

West Yorkshire Police said Sunday’s incident in Halifax is being probed and the PC suspended.