CHILLING footage shows a coronavirus patient being wheeled into a hospital in a sealed PLASTIC TUBE in a bid to avoid infecting others.

Doctors wearing hazmat suits are seen taking the victim into a medical facility in Huizhou in southern China's Guangdong Province. 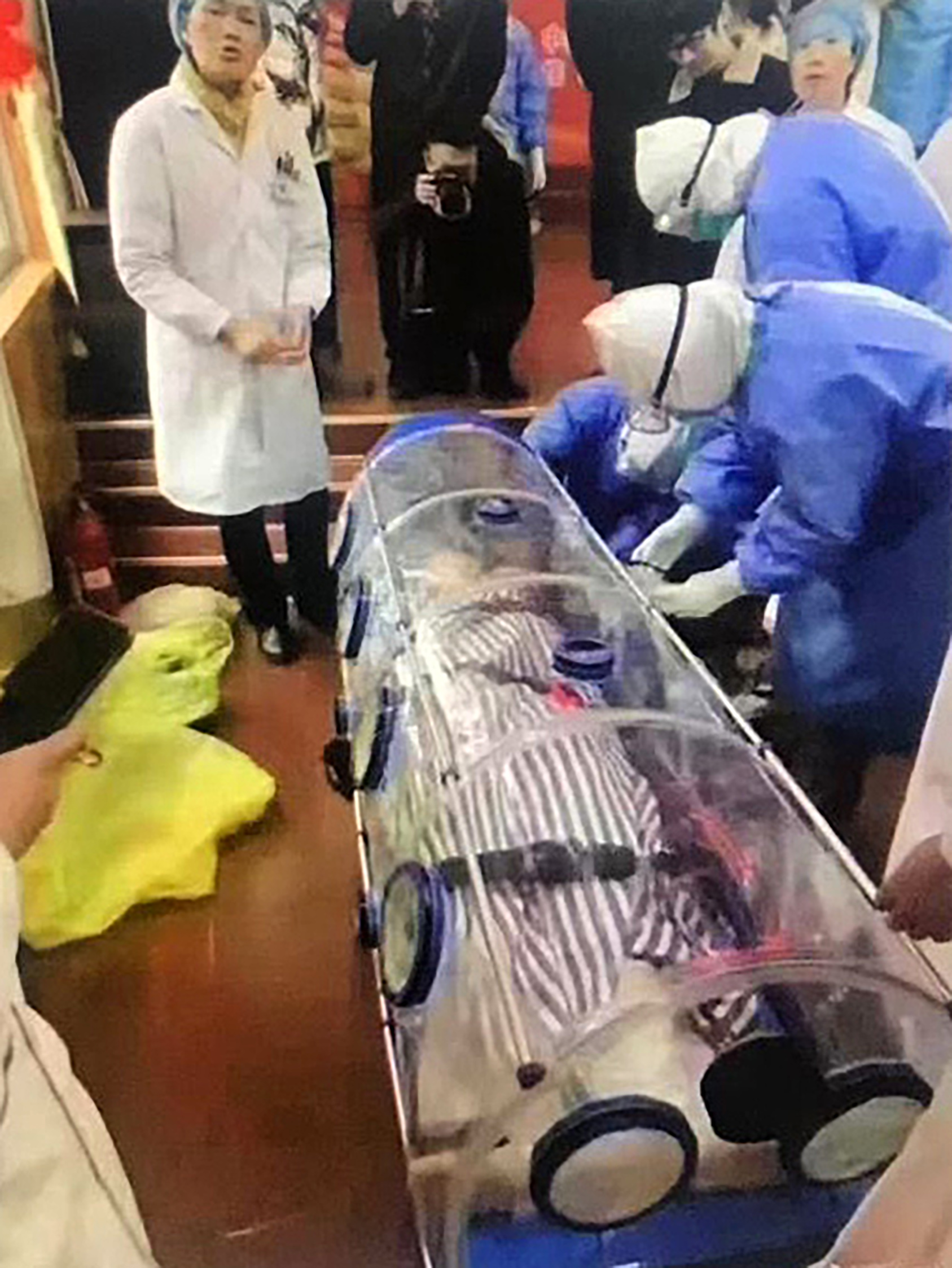 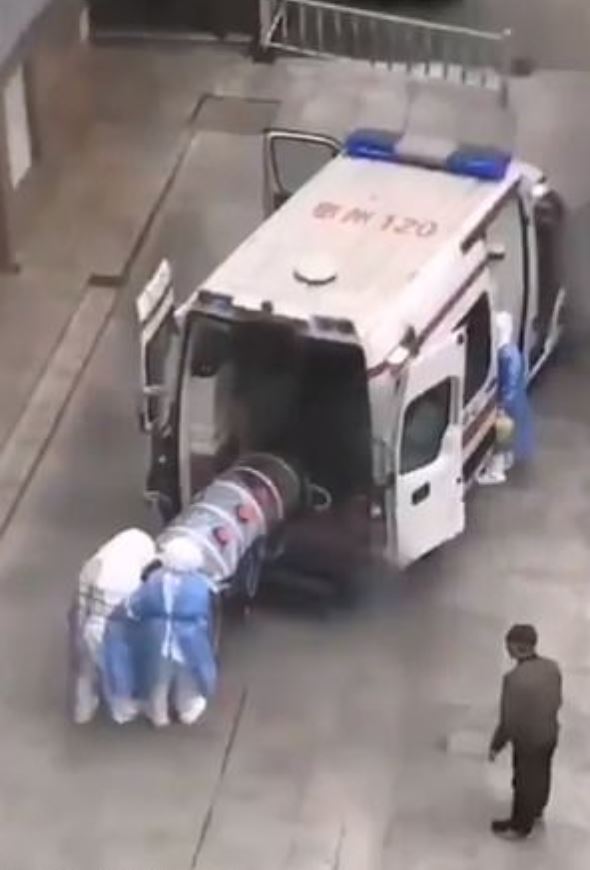 Coronavirus has killed 17 people worldwide and has struck down 530 people in China – where the outbreak began.

At least 20 medics in the country have also been infected with the highly contagious bug while treating patients, officials said.

The 17-second clip, released by Radio Free Asia, shows the patient had been strapped down inside the plastic tube.

A total of 26 people have been infected in the Guangdong province with three people in a critical condition.

The coastal town of Huizhou only recorded its first case on Monday.

Despite the aggressive nature of the bug the World Health Organisation revealed today it has chosen not to declare a global emergency at this time.

Wuhan, the city at the epicentre of the outbreak, has been put on lockdown with airports and public transport links set close tomorrow morning.

Residents have been told not to travel, to avoid crowds and minimise public gatherings despite Chinese New Year being only three days away.

It is believed the pandemic originated at a seafood market in the city which sells live animals and spreads along the banks of the Yangtze River.

Latest figures suggest the number of coronavirus cases in China has risen by more than 100 in a day to a total of 440. 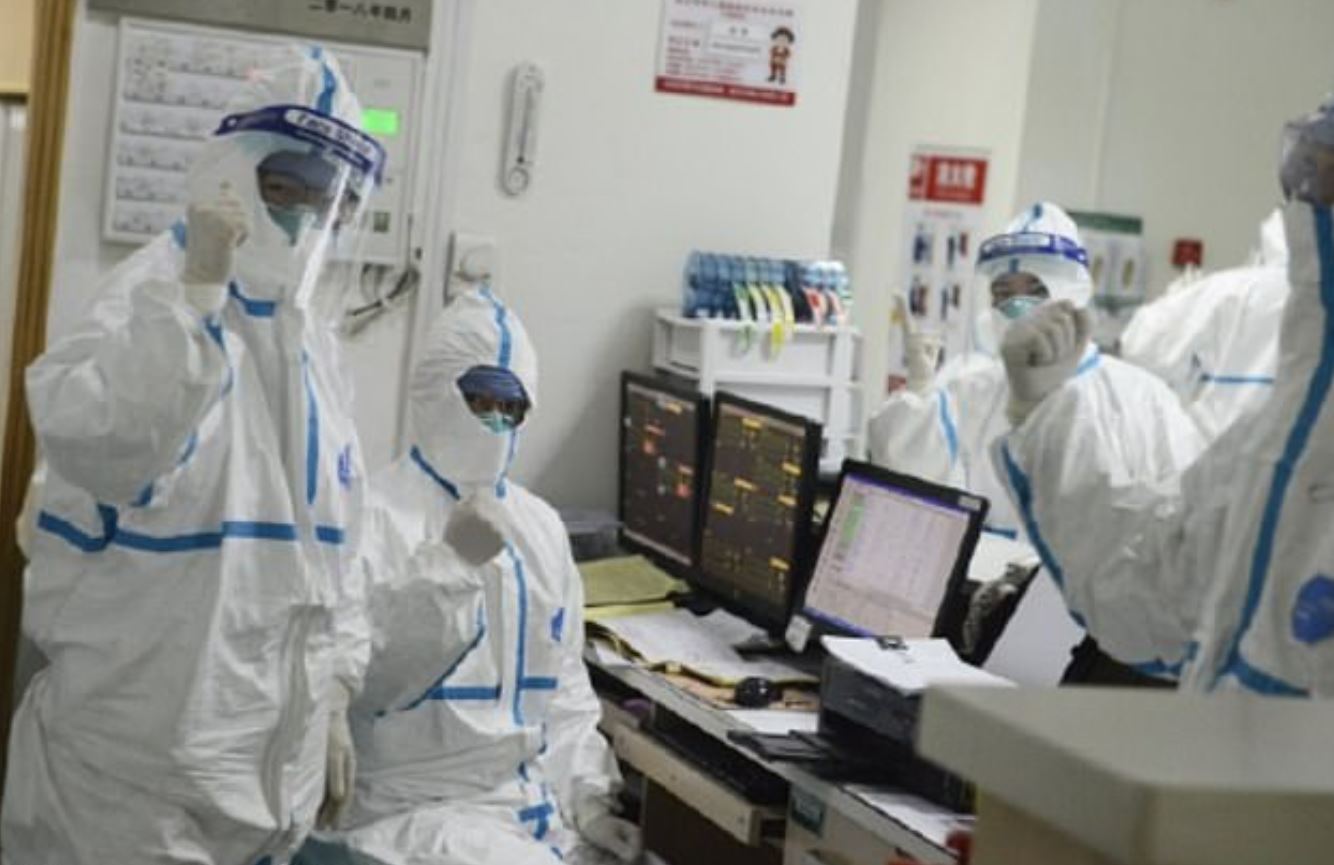 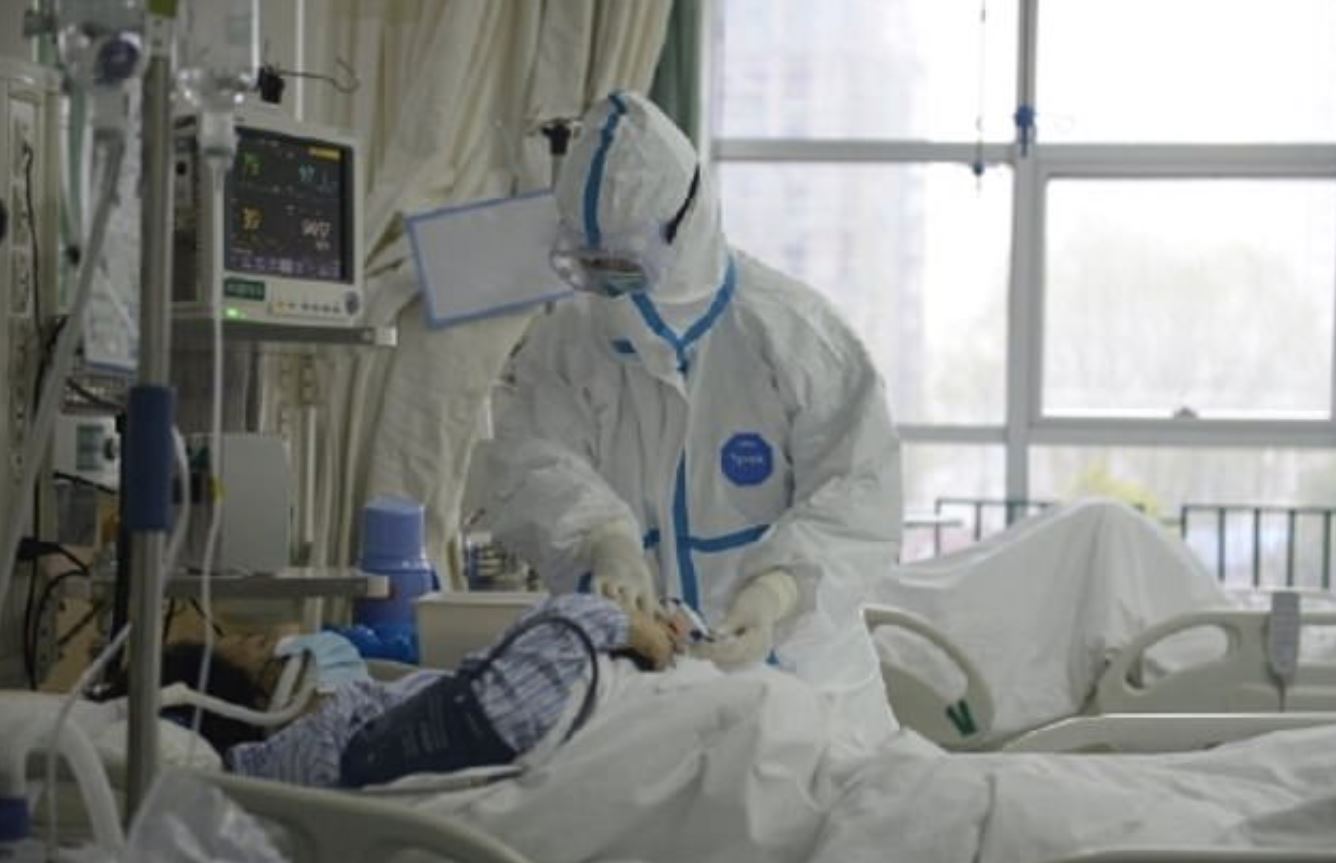 The virus could now be declared a global health crisis after cases of the mystery bug previously quadrupled in just four days.

It has spread from Wuhan – which will lockdown all transport links on Thursday 10am local time – to other parts of China as well as South Korea, the US and Thailand.

Officials have confirmed nine people from Wuhan have already died after contracting the killer virus.

The Sun Online travelled to the deadly epicentre as cases rapidly increased to 300 in just one day.

Desperate residents wearing facemasks has become the norm, so much so that many stores have completely sold out, leaving many frantically searching online for supplies.

"DO NOT GO TO WUHAN"

Our on the ground reporter, who is too fearful of the Chinese authorities to be identified, says there is little activity on the streets with people shutting themselves indoors.

She said: “Only the main transport hubs, such as the airport and the train station indicate that this is a city of 11 million, as families jostle with their suitcases, eager to escape to their Lunar New Year destinations, the most important festival in the Chinese calendar, in case an all-out quarantine is enforced.

"There’s a notable difference as soon as I land in Wuhan. In the airport, almost every single person, including staff, is wearing a face mask.

"There’s hand sanitizer on every desk and some staff are wearing gloves. I walked through an infrared camera in arrivals but no one seemed to be paying any attention.

"Travelling into the city by cab, even drivers who are alone in their cars are wearing masks. With the fog, pollution and rain."

A major Lunar New Year event, the most important event in the Chinese calendar which was due to start on Friday, has been cancelled.

Around 30,000 tourists had already purchased tickets to the event and 200,000 free event coupons had been handed out.

Mr Bin said: “Basically, do not go to Wuhan. And those in Wuhan please do not leave the city.

If it's not necessary we suggest that people don't come to Wuhan.

“Though the transmission route of the virus is yet to be fully understood, there is a possibility of virus mutation and a risk of further spread of the epidemic.”

He added there were 2,197 people known to have come into contact with infected patients. At least 15 medical workers in Wuhan are known to be infected.

Mayor Zhou Xianwang added: “If it's not necessary we suggest that people don't come to Wuhan.”

The majority of cases have been found in Wuhan, where a seafood market which illegally sold wild animals is suspected of being the source of the outbreak.

Chinese officials confirmed 'novel coronavirus' – which causes pneumonia -can be passed from person to person.

Leading expert, Dr Jeremy Farrar, director of the Wellcome Trust, said that marks a serious shift change in the outbreak.

He warned: "This is extremely concerning."

"Person to person transmission has been confirmed and, as expected, we are seeing rapidly increasing case numbers across China, and in more countries, with health care workers infected.

"With travel being a huge part of the fast approaching Chinese New Year, it is right that concern levels are at the highest level.”

The mayor of Wuhan has confirmed the latest deaths, an 89-year-old man from the city, which is home to more than 11 million people.

A 66-year-old man, known only as Li, and a woman, 48, known as Yin were also confirmed to have died from multiple organ failure. 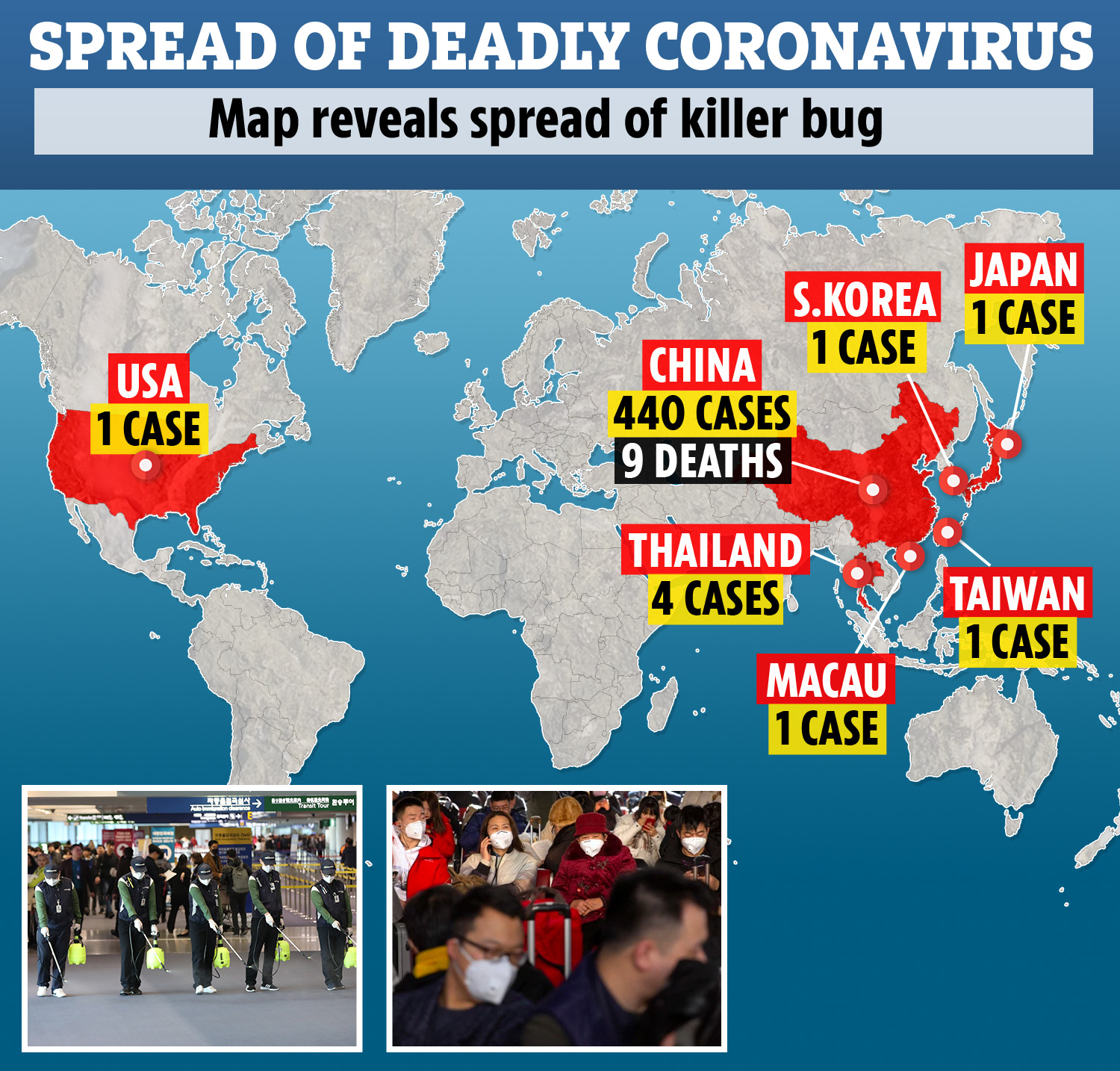 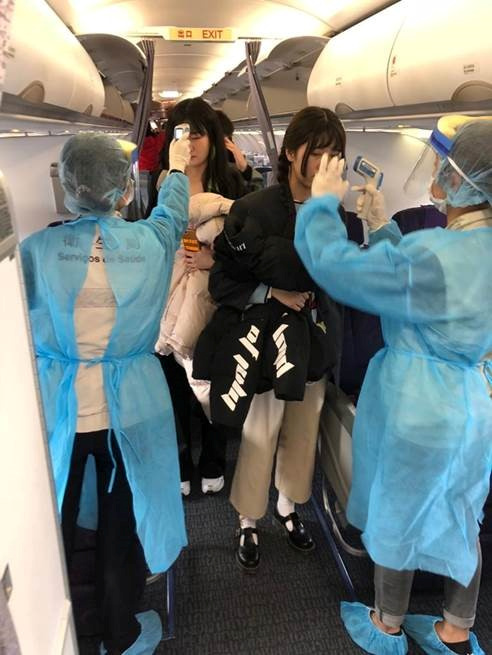 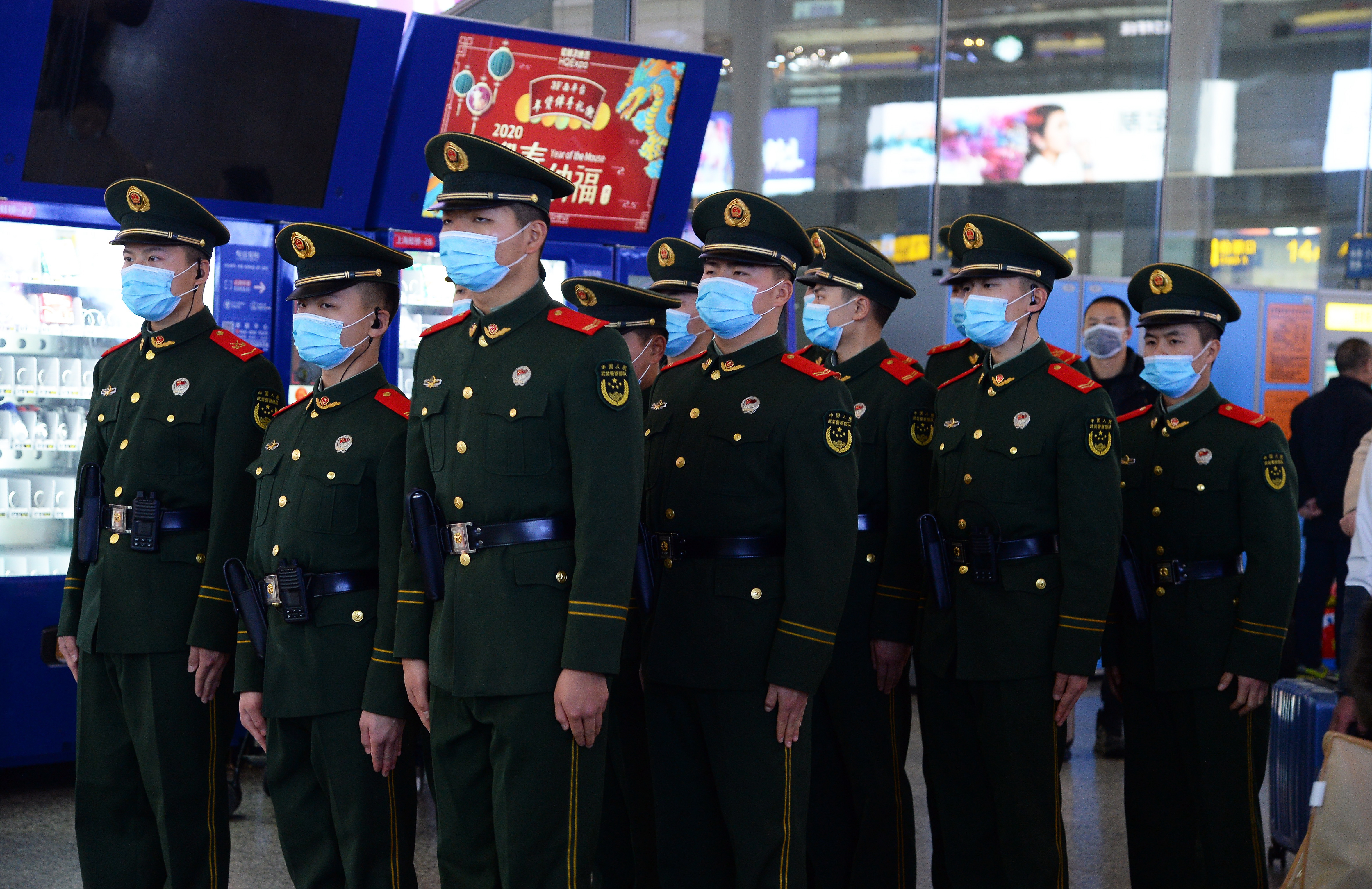 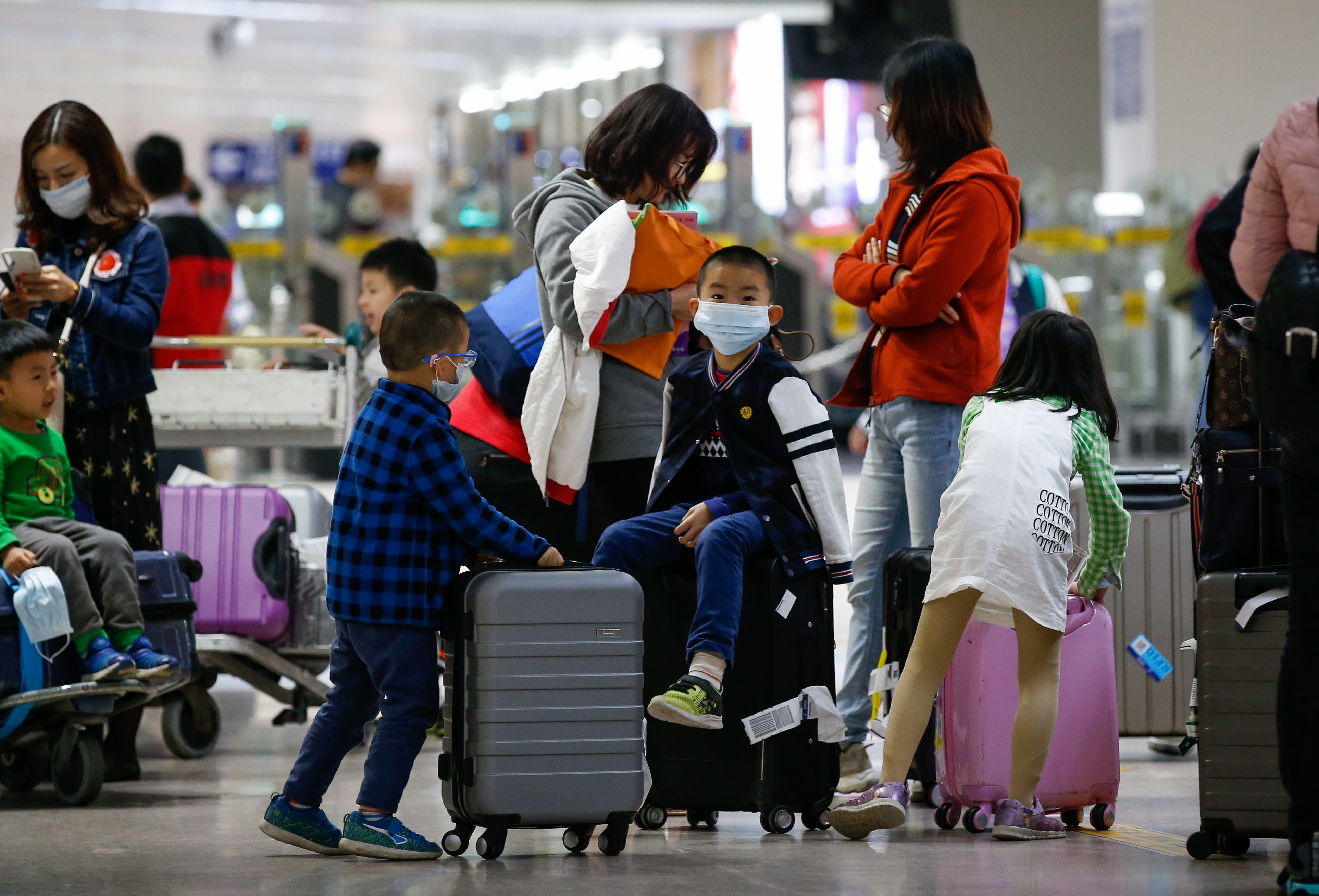 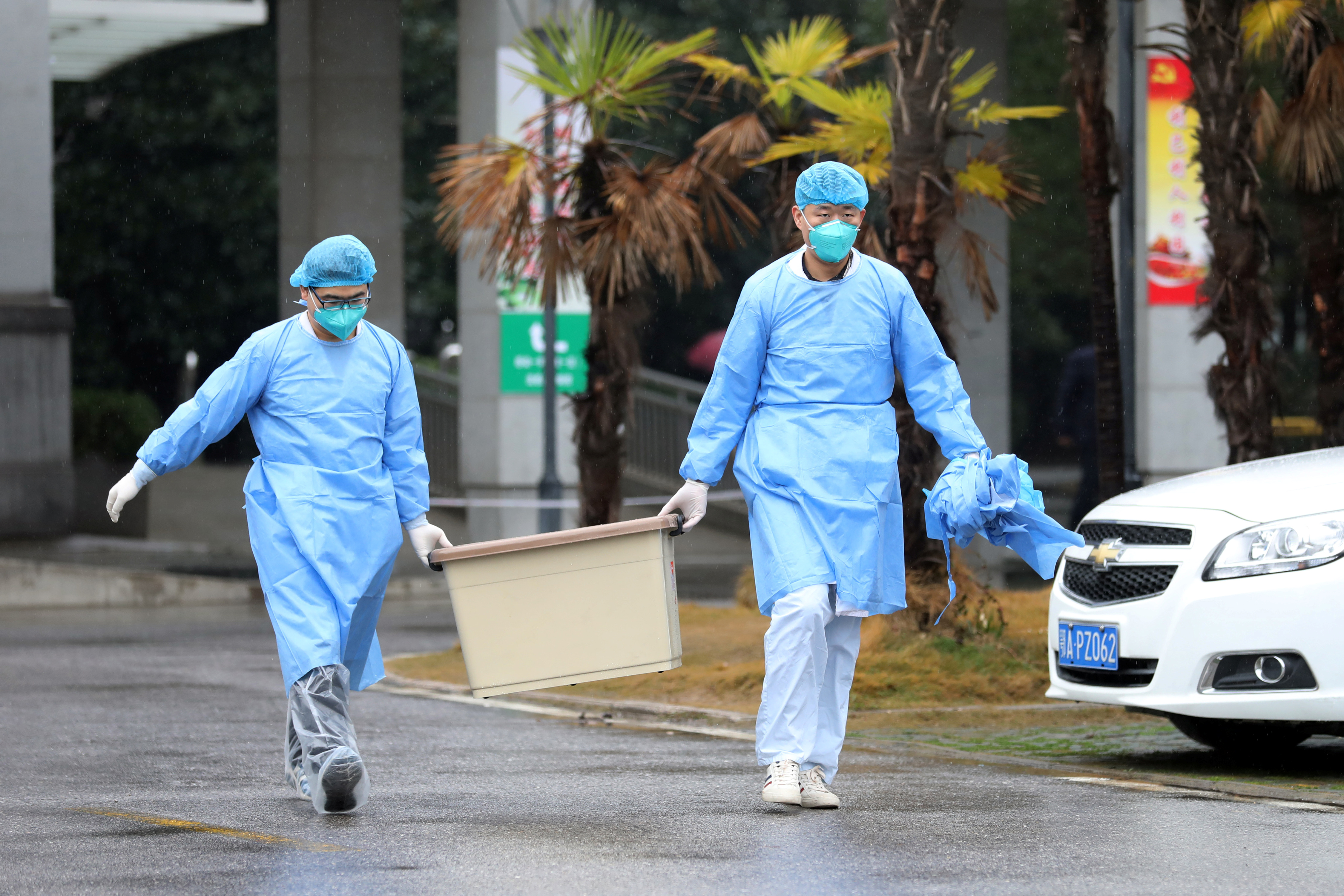 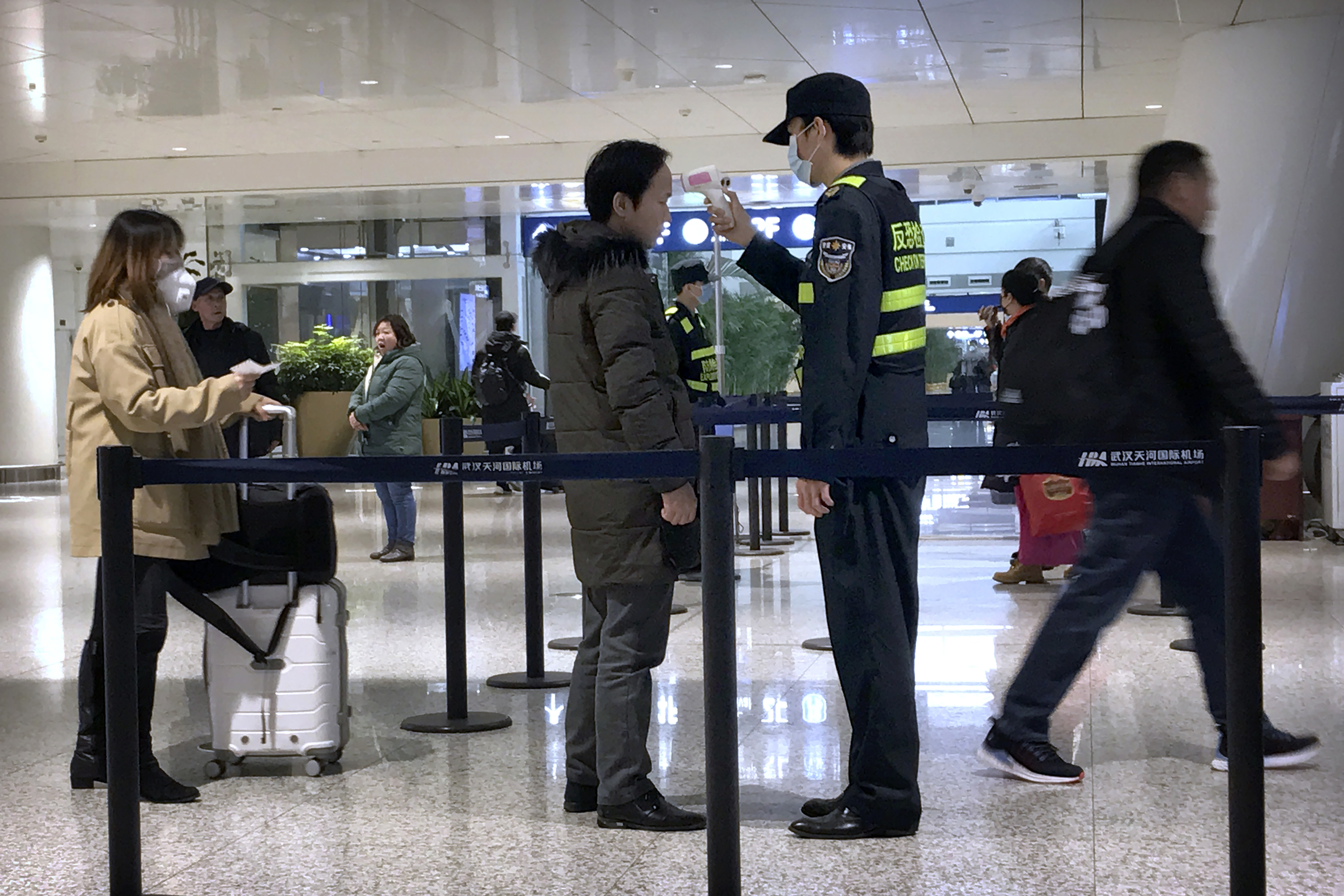 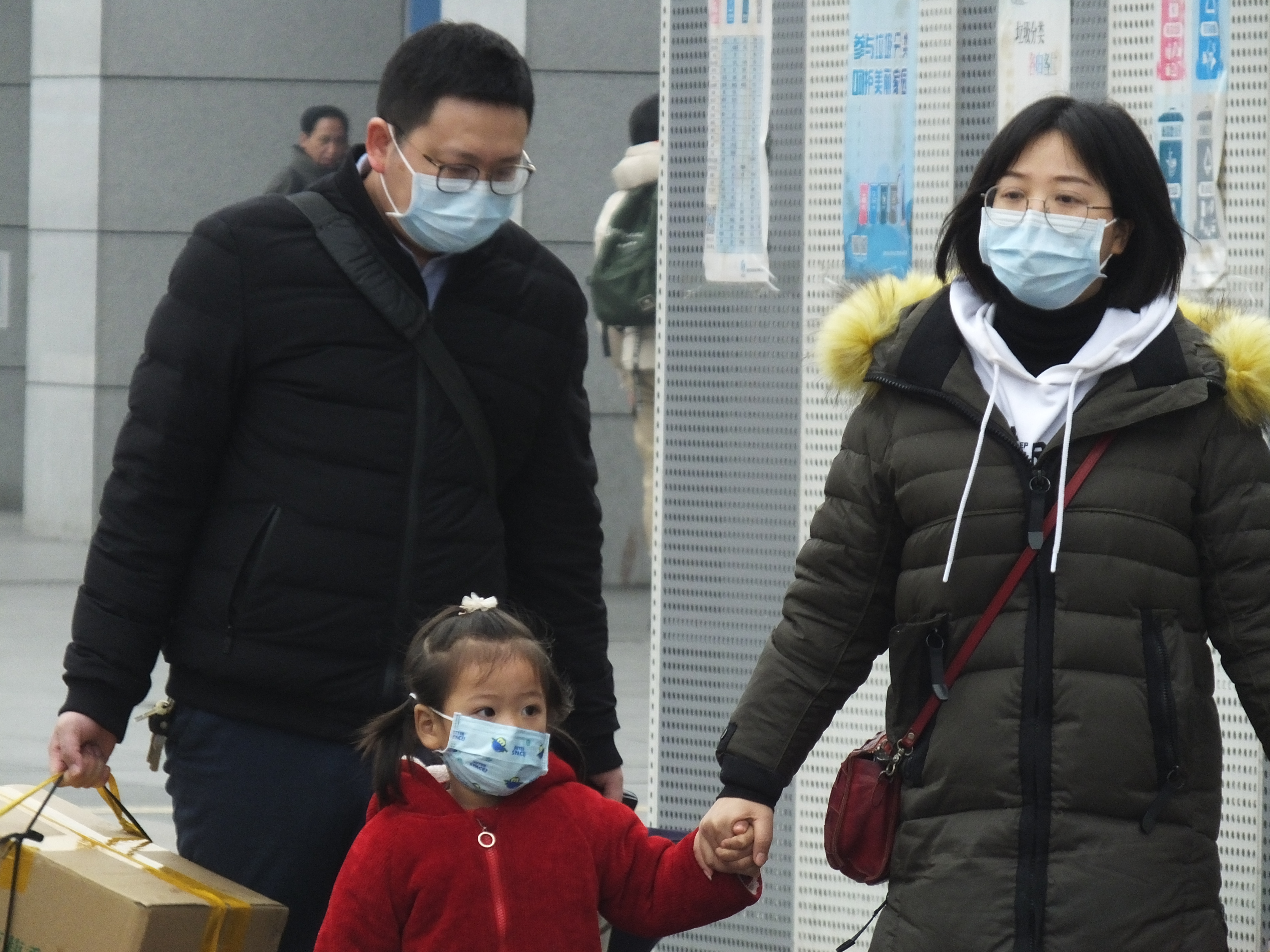 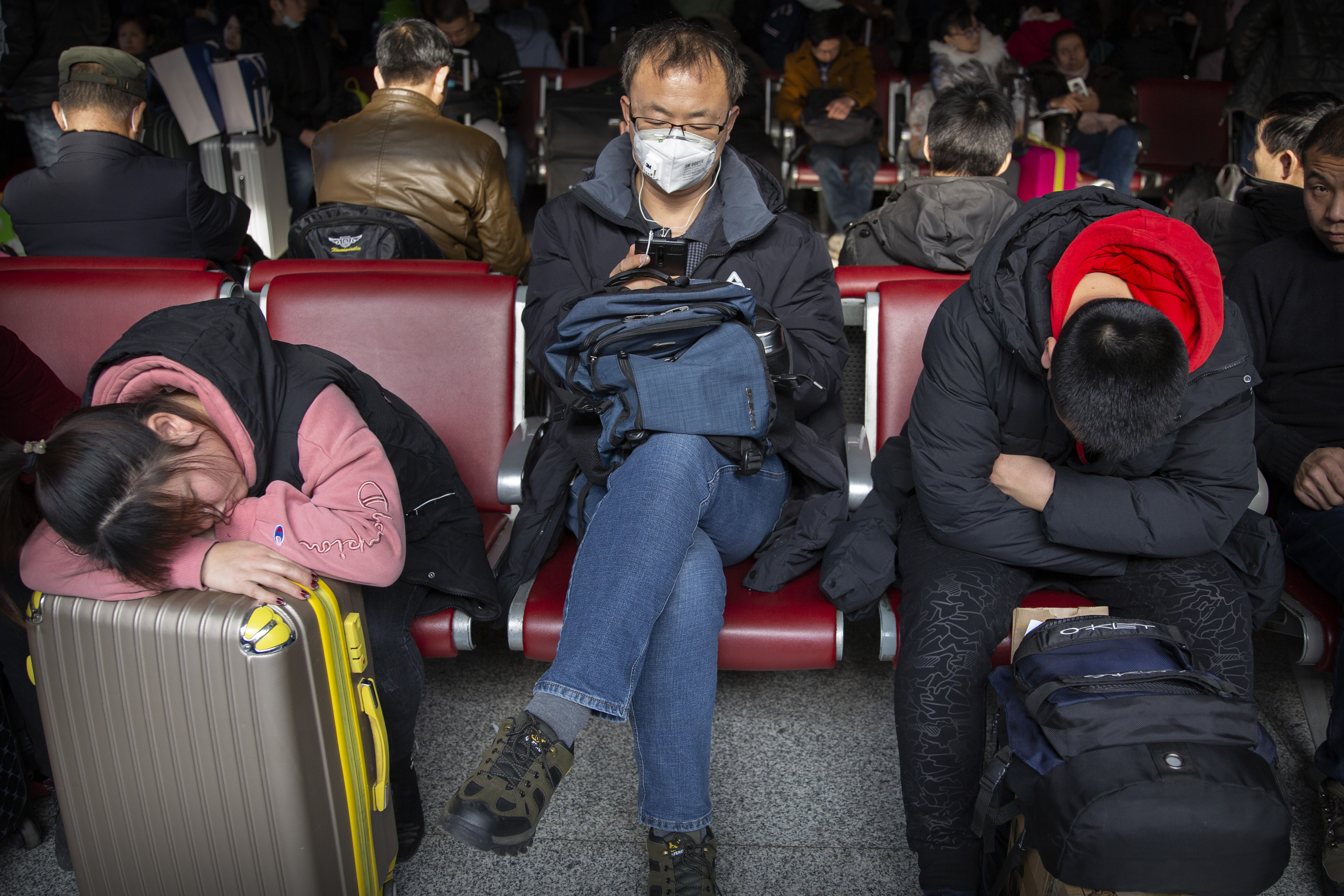 Coronavirus is an airborne virus, spread in a similar way to colds and the flu.

It is incredibly contagious and is spread through contact with anything the virus is on as well as infected breath, coughs or sneezes.

In most cases, you won't know whether you have a coronavirus or a different cold-causing virus, such as rhinovirus.

But if a coronavirus infection spreads to the lower respiratory tract (your windpipe and your lungs), it can cause pneumonia, especially in older people, people with heart disease or people with weakened immune systems.

There is no vaccine for coronavirus.

In 2003 an outbreak of a similar virus, SARS, infected more than 8,000 people in 37 countries before it was brought under control, killing 800 of those worldwide.