Insult to our heroes: Hundreds of councils snub First World War troops by refusing to stump up £750 for silhouette statue honouring the dead

Standing tall, a red poppy on their chests, they are a haunting tribute to the millions who fell in the First World War.

The 6ft aluminium and Perspex Tommy silhouettes have been purchased by cities around the world, where they will be proudly displayed next to memorial sites.

But for hundreds of British councils, it seems honouring those who made the ultimate sacrifice is not a priority.

Former head of the Army Lord Dannatt personally wrote to 433 local authority leaders asking them to support the charity campaign. So far, however, only 160 councils have agreed to make a £750 donation to buy one of the silhouettes to display in their town or city for the centenary of the war.

Last night, the head of the charity behind the initiative said the response was ‘incredibly disappointing’ and accused the councils of making pitiful excuses. The project, called There But Not There, follows the success of the 2014 poppy installation at the Tower of London. 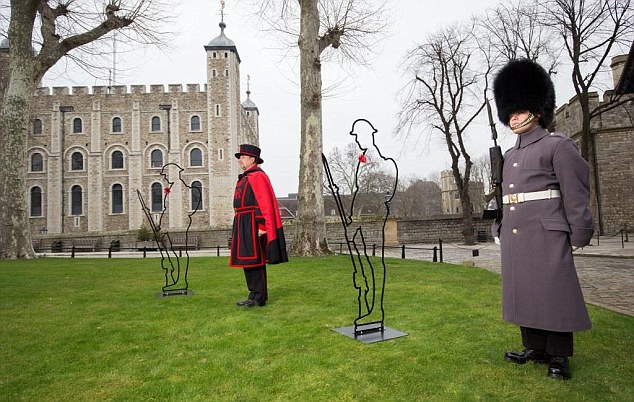 The art display of 888,246 ceramic poppies was a hit with the public and has since toured the UK.

In the latest project, councils have been encouraged to buy the life-size silhouettes and display them next to memorial sites and other poignant places.

Cities including New York, San Francisco, Ottawa and Toronto have already agreed to take part. And last week, the British overseas territory of Gibraltar projected a 1,000ft tall Tommy onto its famous Rock to show solidarity.

Rowley Gregg MC, the head of the charity Remembered which is running the campaign, said: ‘When city authorities all over the world are getting on board but our own local councils aren’t, you have to ask yourself, who is running things? I won’t name names, but some of the reasons for not supporting are pitiful… Many have flatly refused, others have just ignored our letters.’

The former British Army captain, who was awarded the Military Cross for his gallantry in Afghanistan in 2009, added: ‘It is clear from the overwhelming groundswell of support shown by the great British public that the lack of support shown by local councils is at odds with public sentiment.’ 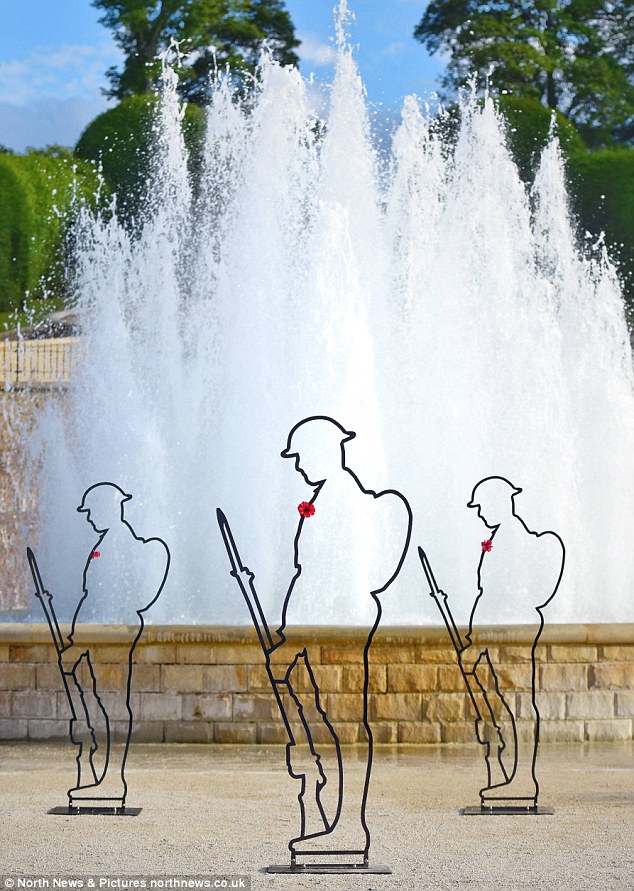 A series of poignant life-sized silhouettes known as ‘Tommies’ have been positioned in various locations at Alnwick Garden, Northumberland 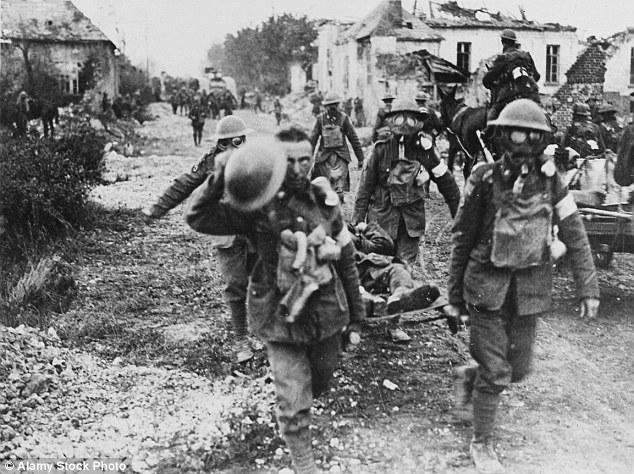 Battle of Amiens 1918. WORLD WAR I A wounded soldier is carried by comrades in gas masks

His platoon suffered the highest number of casualties in the battle group, with only eight of the original 35 that started the tour finishing it. In total, three were killed and a further 27 were seriously wounded.

It is understood that many local councils said they could not be involved in the campaign because of budget constraints.

The public can buy individual smaller versions of the silhouettes for £29.99. So far more than 60,000 have been sold. 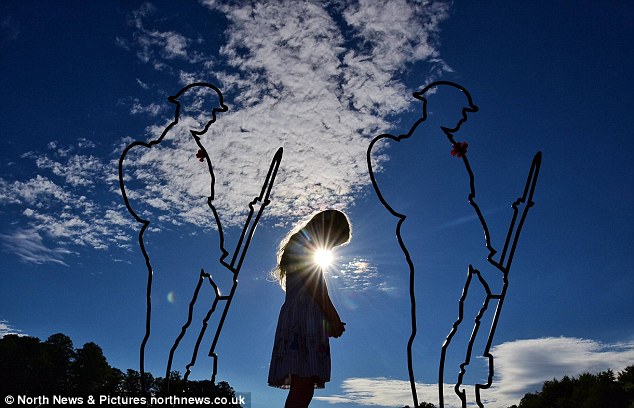 A series of poignant life-sized silhouettes known as ‘Tommies’ have been positioned in various locations at Alnwick Garden, Northumberland

In total, the campaign has raised nearly £3million for armed forces charities, including The Royal Foundation, Walking With The Wounded, Combat Stress, Help for Heroes, The Commonwealth War Graves Foundation and Project Equinox: Housing Veterans. The project has been backed by celebrities including Bear Grylls, Ben Fogle, Dan Snow and Dame Maggie Smith. Its patron, Lord Dannatt, wrote to ask council leaders for their support on June 21.

A Local Government Association spokesman said: ‘Councils are leading efforts to enable communities to commemorate the centenary of World War One and pay tribute to those who gave their lives.

‘This is being done in a number of ways, which is not reflected in this report, including offering grants to community groups and coordinating parades.’