A COUPLE renovating an old country farmhouse have found spine-chilling "witchcraft" den hidden under their staircase. 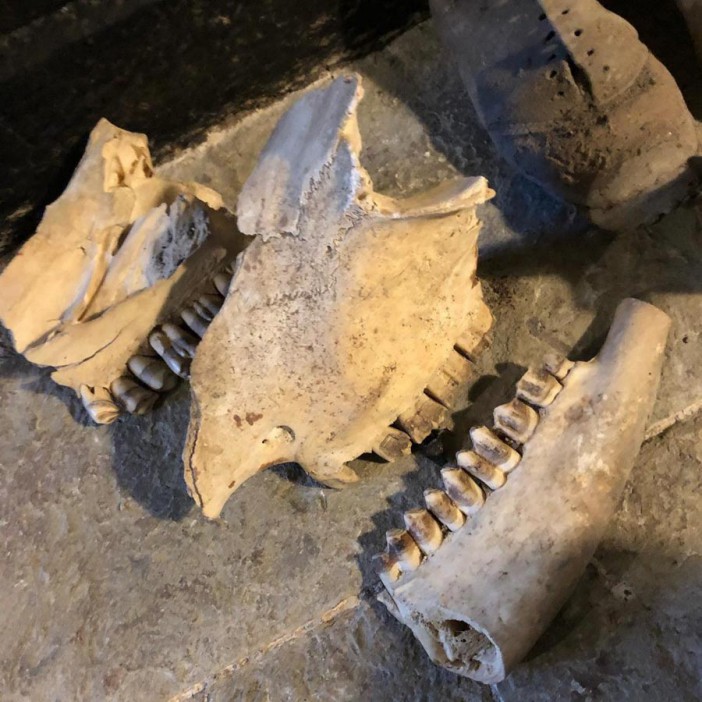 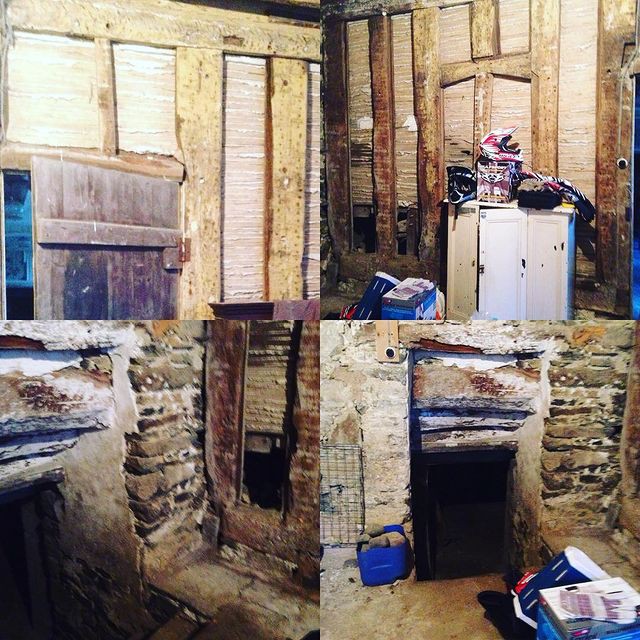 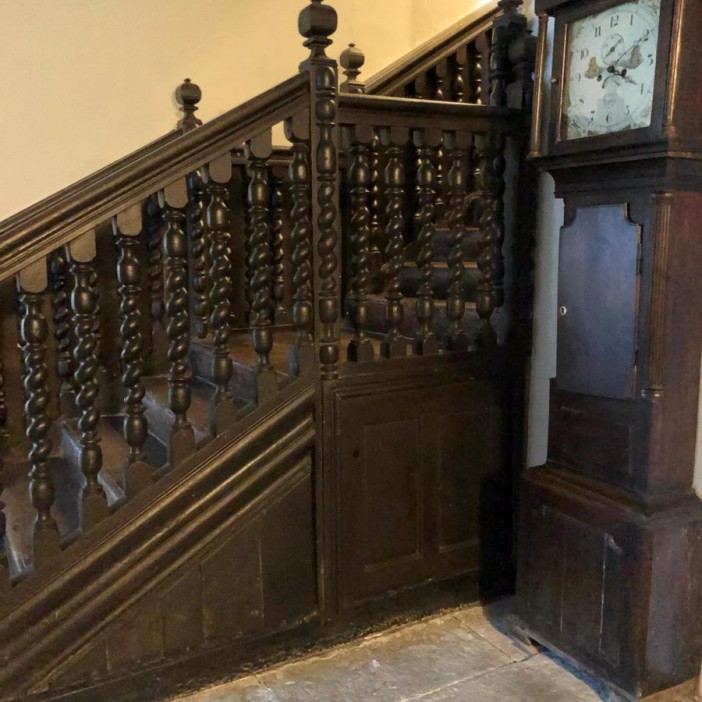 They spotted an "eerie" bundle stuffed under the ancient staircase, and removed it to find an array of mystical items set out by previous owners to trap witches and demons.

Kerry said: "Bleddyn was working in the room next door when he saw something through a hole he'd made in the wall.

"The staircase had been built across a sealed up medieval doorway that once connected different parts of the house, and the void underneath it had become exposed by the repairs being carried on the old timber frame.

"It was very eerie to peer into the darkness and make out all the objects inside, and, initially, we could only see a couple of shoes through the rubble."

The Grade II-listed farmhouse, known as the Plas Uchaf in Denbigh, North Wales, had been in her husband's family for generations.

The Late Medieval owners had laid out odd shoes, horse skulls and rusted gun barrels to ward off evil.

Other creepy items included a terrifying painting of woman nicknamed "Vicky", who was mysteriously stuffed behind the shutters in the parlour, odd boots, old receipts and bottles full of both poison and perfume.

Kerry added: "But, as we kept pulling them out, more and more were found, until, eventually, we'd lined up eight odd shoes – all for the left foot and ranging from heavy men’s work boots to toddler shoes – along with the remnants of a horse’s skull, a wool hat and parts of a gun barrel.

"The shoes were in a remarkably good state – you could even still make out the imprint of their owners' feet.

"There's an old superstition that says witches would enter homes 'between' places such as staircases, or at twilight or the chiming of midnight." 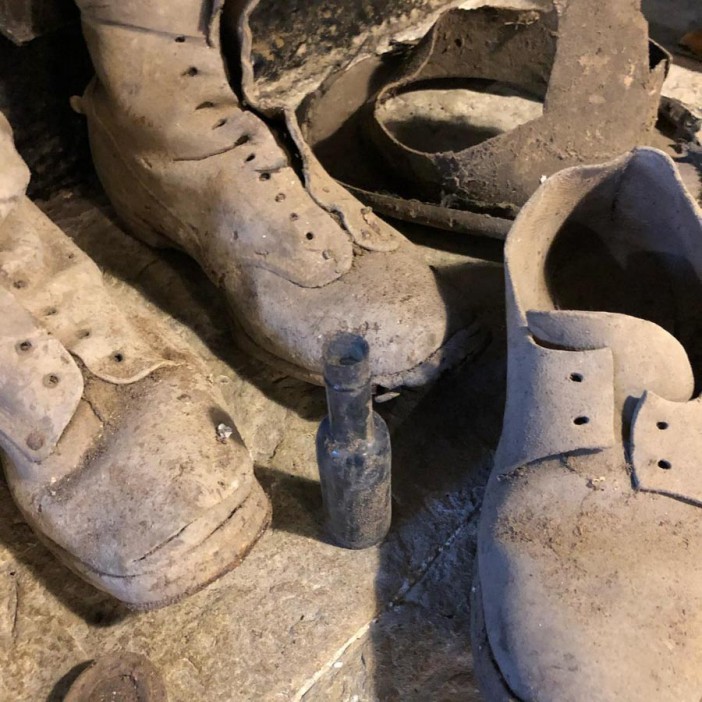 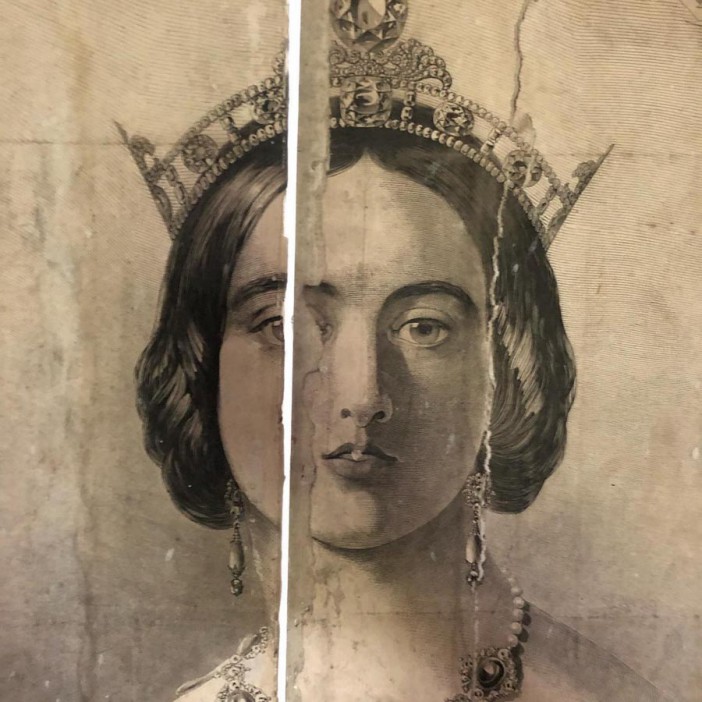 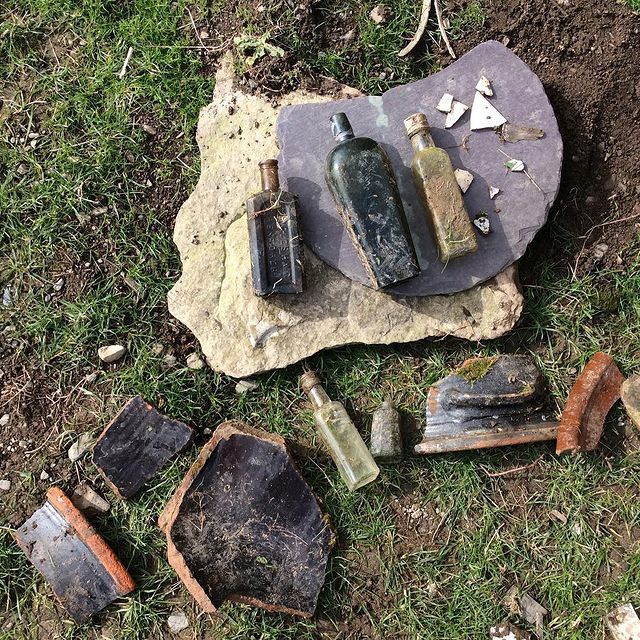 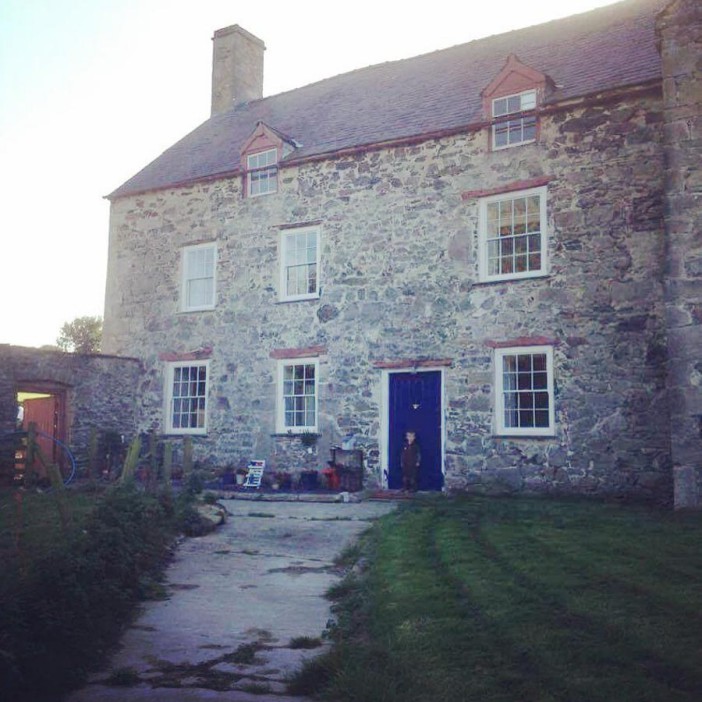 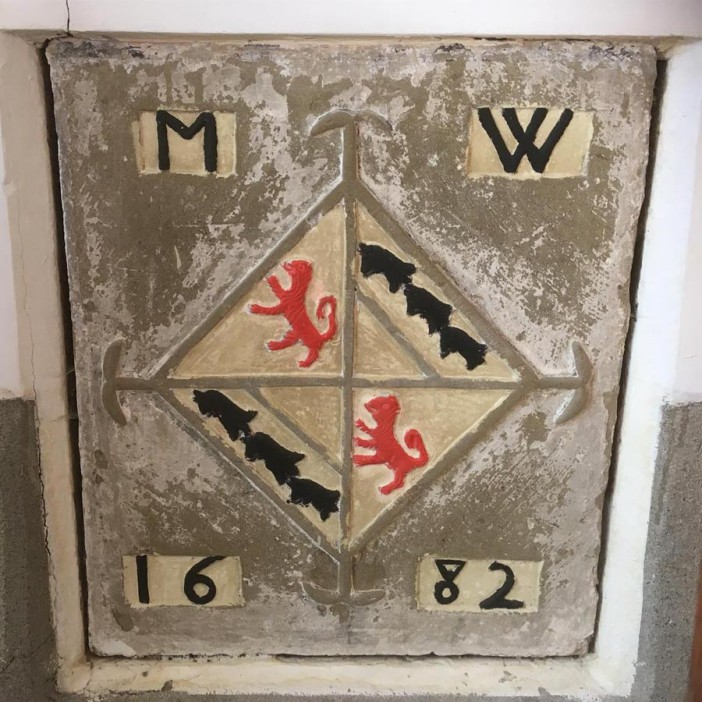 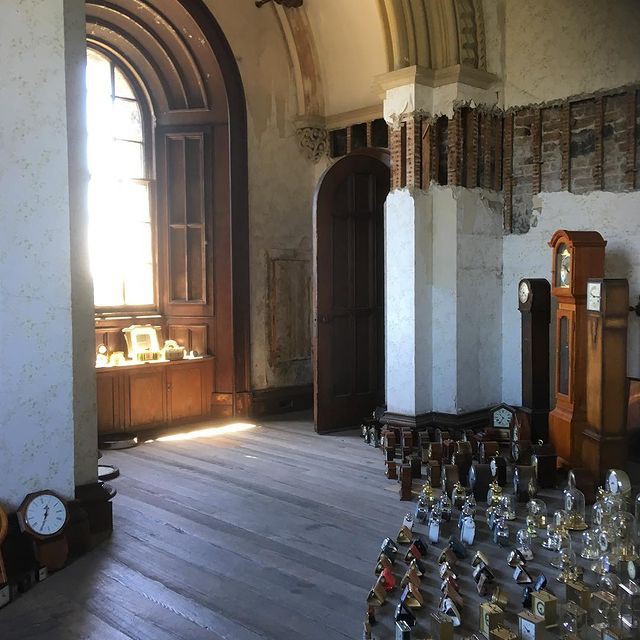 "People believed that by leaving out items, such as shoes, witches or demons would be attracted to the scent left by the wearer and, once they entered the shoe or boot, they were unable to reverse back out and were therefore trapped.

"Other theories suggest that perhaps they would become so distracted by the novelty of the find that they would leave the family alone.

"There are also lots of notions about why anyone would conceal horse skulls in houses, and we wondered if there was perhaps a connection to the Mari Lwyd – the ancient Welsh New Year's tradition of wearing a white sheet crowned with a horse's skull and travelling from house to house singing or reciting poetry.

"We also found a a smaller skull, but we're not sure what animal it belonged to."

Kerry says she's not afraid of the witchcraft remnants. The couple actually carefully put back the skulls and shoes to "protect" the house for another few hundred years.

She said: "We’re not worried about them being there and we’re not spooked by it at all.

"We quite often come across quirky things around this old house that really connect us to the past – we believe it’s important to record what we find and then return them for future generations to discover.

"Although, it does make us wonder what future inhabitants of this place will make of the things we'll end up leaving behind." 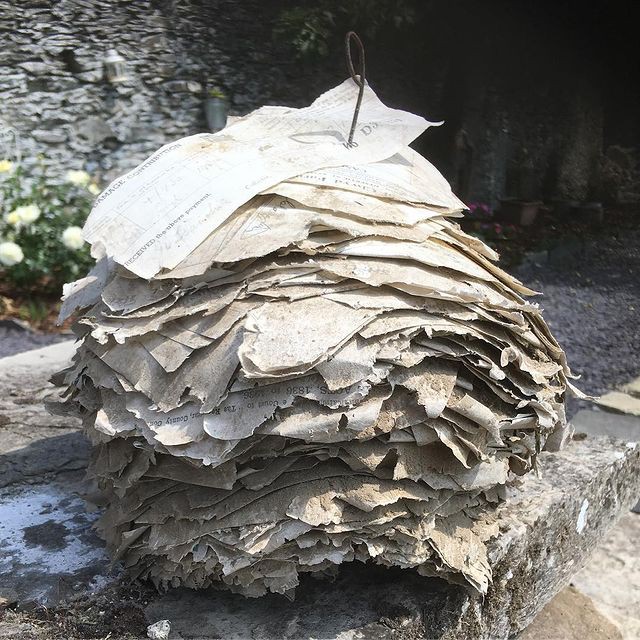 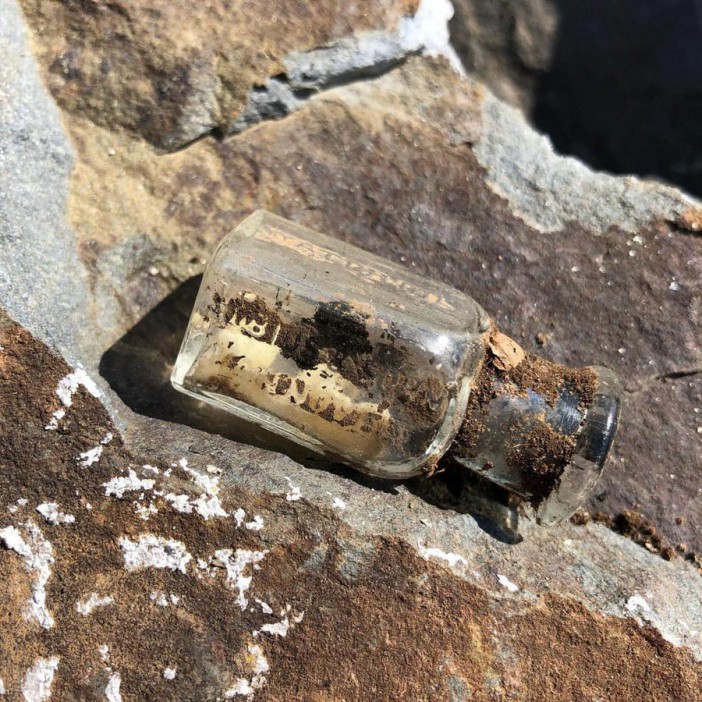 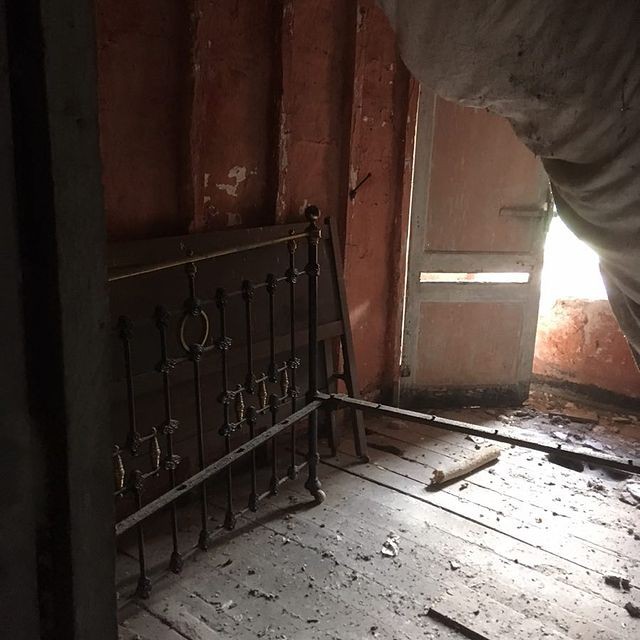 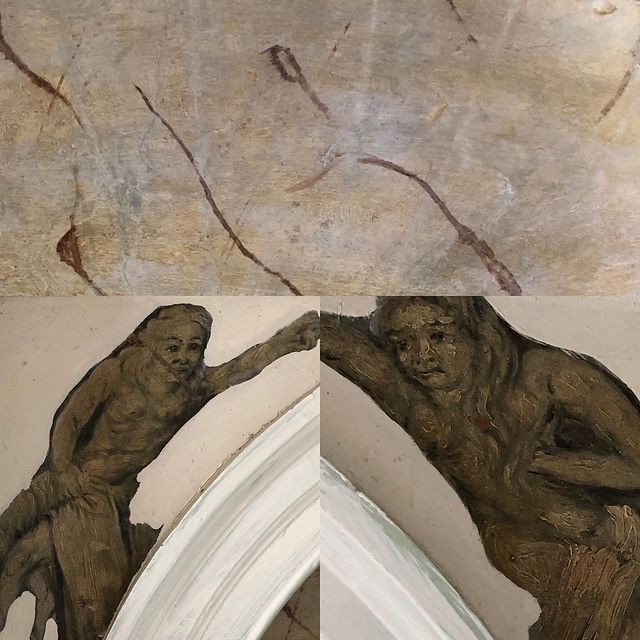 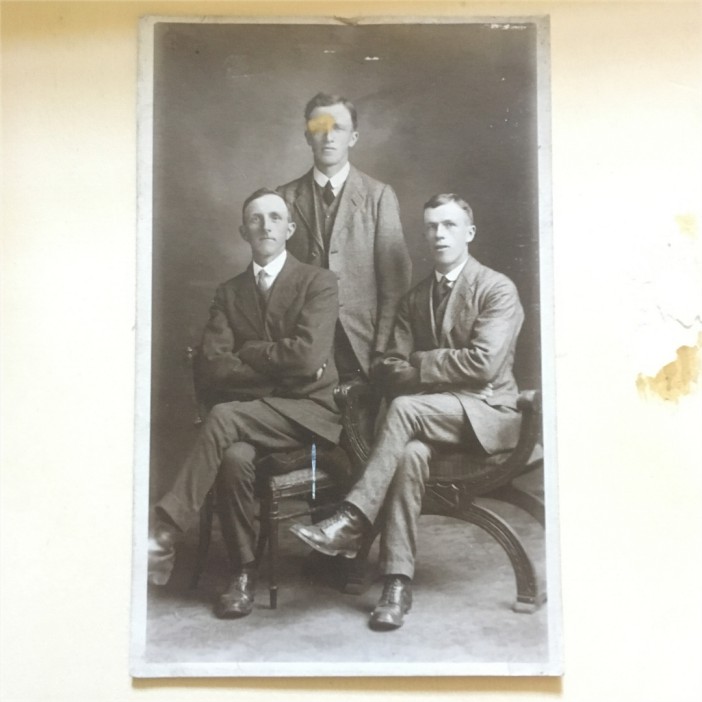