An elderly couple have finally got rid of their reliable old boiler when it stopped working – after 48 years.

Retired business owner Graham Braddick bought the £200 Hotspur boiler in 1971 when he moved into his home with his wife, Dorothy.

It operated for nearly half a century but has finally broken beyond repair, and been replaced by a modern Worcester boiler, costing £2,500, including fitting. 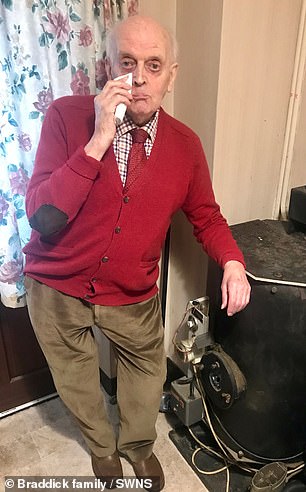 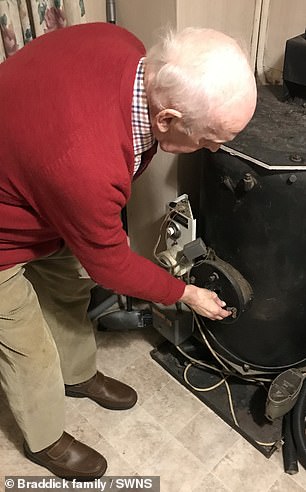 Graham Braddick, 87, bought the £200 oil-fired Hotspur boiler in 1971. The retired business owner joked he was upset because he thought it ‘came with a 50-year guarantee’ 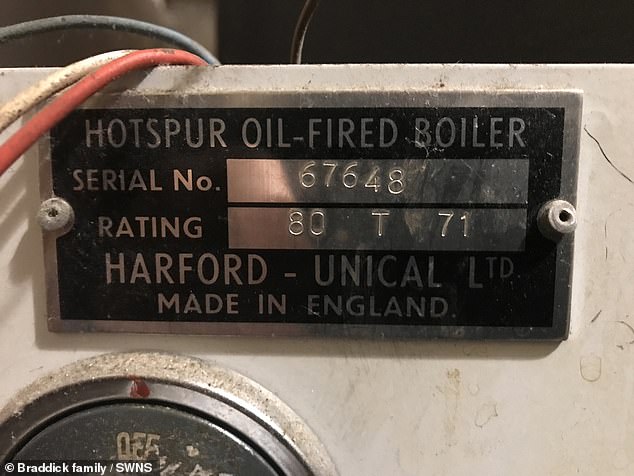 The old boiler, a Hotspur oil-fired model, was regularly serviced by the same heating engineer throughout its long life, but has finally broken beyond repair

Graham, who has been with wife Dorothy for the past 65 years, said he was hesitant to buy a new one as ‘at my age I don’t even buy green bananas’.

The couple, both 87, have lived and ran businesses in Devon all their lives and have four children and ‘countless’ grandchildren.

Graham, from Bideford, Devon, joked: ‘I thought it came with a 50-year guarantee but I cannot find the paperwork. That would have been lovely.

The old boiler, a Hotspur oil-fired model, has been regularly serviced throughout its long life and always by the same heating engineer.

Graham added: ‘He used to come regularly but the last time he visited he simply said he could not do it anymore.

‘It has been reliable – it hasn’t gone wrong before. But now he can’t get the bits he needs to fix it because it’s so old, you see.’ 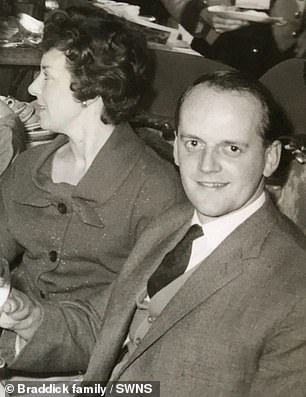 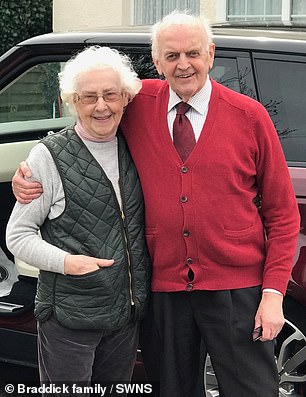 Mr Braddick and his wife, Dorothy, in their youth (left) and a current photo (right) of the couple. Mr Braddick bought the old boiler when he moved in with his wife

Other than the boiler, the Braddicks also have a 48-year-old Aga and until recently had a CRT television from the early 90s – but that’s now been replaced by a large flat screen.

Graham added: ‘The only old appliances left in the house now are us. This one was made in England – that’s quite rare now.

‘I even remember the man who came here to fit it and he was called Mr Grant.. He put it all in for us when we bought the house.

‘We had to keep warm with the boiler in those days. I don’t know what we would have done without it.’