99-year-old Covid-19 patient gives the thumbs up after beating the disease in Croatia – and tells doctors: ‘I feel fine!’

A 99-year-old Croatian woman has given doctors the thumbs up after beating coronavirus on Thursday.

Margareta Kranjcec, who lives in an old people’s home in the central city of Karlovac, was hospitalised in late October after testing positive for Covid-19.

She spent three weeks in Ogulin General Hospital before being released and says she now feels much better.

‘It’s over, I feel fine now,’ she told the Vecernji List newspaper.

Kranjcec is bedridden due to her age and fragility but has no serious health conditions and reportedly only went to live in the home a few months ago. 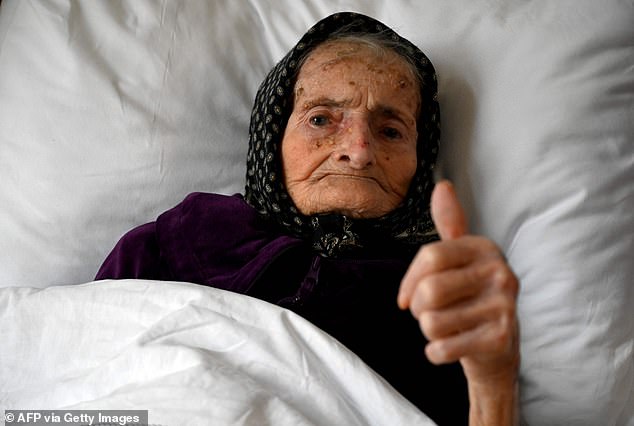 Margareta Kranjcec, 99, was hospitalised in late October after testing positive for Covid-19 along with several residents of the old person’s home where she lives 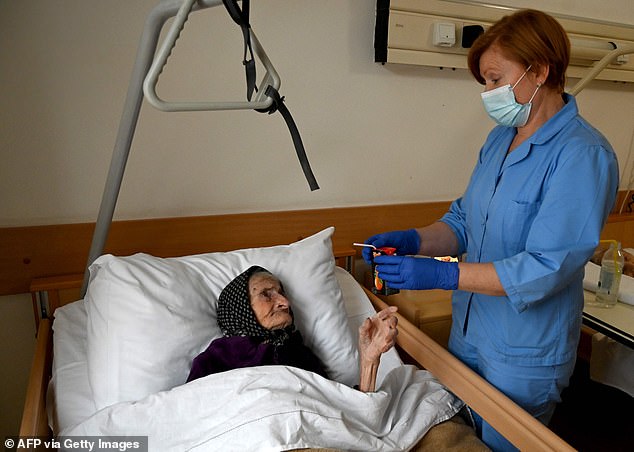 Kranjcec recently moved into the home as she is bedridden due to her age but otherwise remains healthy, taking medicine only to regulate her blood pressure. The home’s director said it was ‘really amazing’ that she recovered from coronavirus without any issues

According to Croatia Week, Kranjcec, who also goes by Baka, survived two wars and until recently almost never went to the doctor.

She has had one operation in her life, 40 years ago, and only takes medication for her blood pressure.

Kranjcec was among several residents of the Sveti Antun Home for the Elderly who tested positive for the virus, although she was asymptomatic, the home’s director Stefica Ljubic Mlinac said. 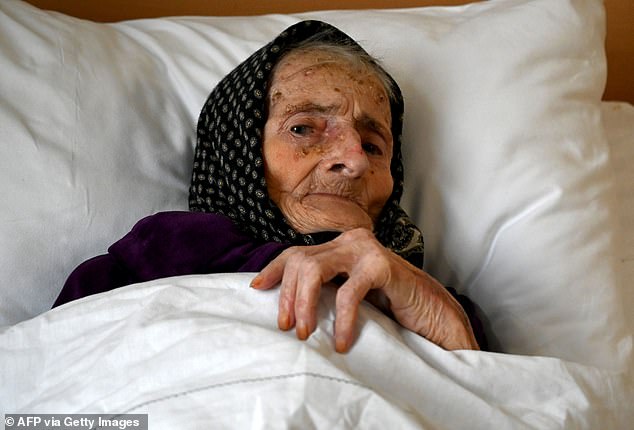 ‘With her fragility and old age it is really amazing how the coronavirus did not do her any harm,’ Ljubic Mlinac told AFP news agency.

‘It’s such nice news’ amid the gloom of the pandemic, she added.