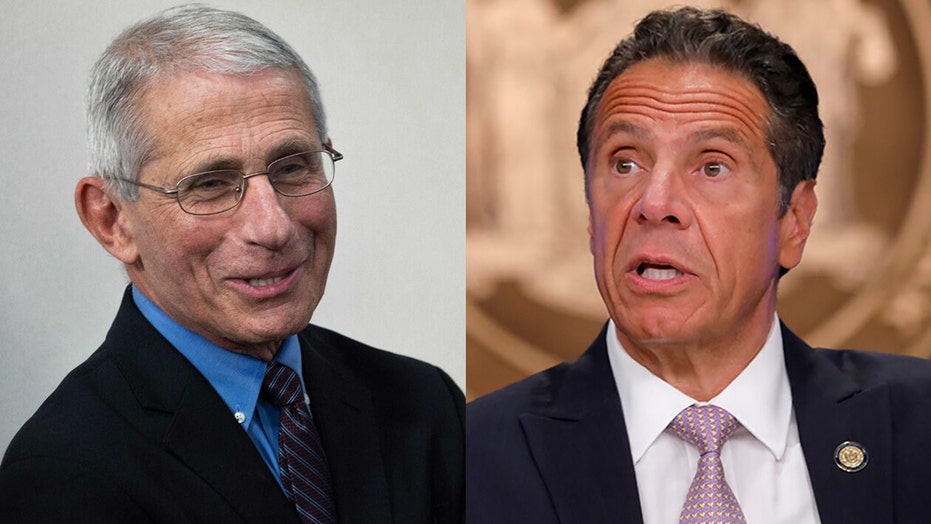 New York Gov. Andrew Cuomo welcomed Dr. Anthony Fauci to his press briefing on Monday, where he likened the pair to a famous Hollywood duo, and suggested they could team up and help motivate New Yorkers to get vaccinated.

“I think your voice saying that the vaccines are safe would be important,” Cuomo said to Fauci. "Maybe … we'll do an ad telling New Yorkers it’s safe to take the vaccine. Put us together. We’re like the modern-day De Niro and Pacino. You can be whichever you want. You can be the De Niro or Pacino. Fauci and Cuomo. Who do you want to be?”

"I love them both," Fauci replied. “I don’t want to hurt the feelings of the other.” 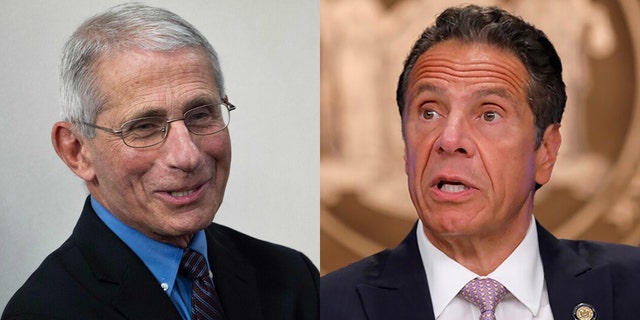 The banter between the two came after the governor expressed – in a more serious tone – worries from polls that showed a high percentage of minorities were reluctant to get vaccinated. Cuomo said reaching out to the Black and Latino community, both hit hard by the virus, will require “outreach” and an “affirmative effort," reports said.

Fauci, the nation’s leading infectious disease expert, has ties to New York. He grew up in Brooklyn and received his M.D. degree from Cornell University Medical College in 1966.

During the press conference, Fauci talked about the importance of getting vaccination levels to about 75% to 80% of the population, which he said will give "you have an umbrella of protection over the community" to limit the level of community spread.

"When most of the people are protected, the virus has a hard time latching on to someone," Fauci added.

The Director of the National Institute of Allergy and Infection Diseases said when that happens will depend on how well health officials get the message across about the importance of getting vaccinated.

When asked to make a timetable by Cuomo, Fauci said he expects the average “man and woman in the street who is well, with no underlying conditions” will start getting vaccinated in early April.

Even with an expected vaccine rollout, the Institute for Health Metrics and Evaluation (IHME) at the University of Washington’s School of Medicine recently forecast about 539,000 deaths from the virus in the U.S. by April 1.

“Mass scale-up of vaccination in 2021 means we have a path back to normal life, but there are still a few rough months ahead,” said Dr. Christopher Murray, IHME director. “We must be vigilant in protecting ourselves at least through April, when, as our projections indicate, vaccines will begin to have an impact.”

The comments from Cuomo liking the pair to the "Godfather" actors came after President Trump previously called his brother, Chris Cuomo, "Fredo," a reference to the ne'er-do-well sibling of Michael Corleone, Al Pacino's character in the movie saga.

The governor, known for his daily press conferences during the pandemic, said he’ll increase his briefings to at least three times a week on Mondays, Wednesdays, and Fridays, starting with the one yesterday.

Fauci also hailed Cuomo for his coronavirus response in New York — once seen as the epicenter for the virus outbreak in the U.S.

“You did the prudent things that you needed to do,” he said. “I think you were doing the right things after a really serious hit.”