A D-List Italian director wore a t-shirt emblazoned with an image of Harvey Weinstein proclaiming he is innocent on the glamorous, black tie, Venice Film Festival red carpet Saturday night.

Luciano Silighini Gargnani, 42, sported the ‘Weinstein Is Innocent’ shirt during the festival’s premiere of Amazon Studios’ Suspiria at the Palazzo del Cinema’s Sala Grande on the Lido.

Two of Weinstein’s most vocal accusers are Italian. Asia Argento and Ambra Battilana Gutierrez, are Italian and have faced ridicule and have been branded ‘who**s’ in their native land where the #MeToo movement has not been embraced as it has stateside.

Gutierrez had captured Weinstein on audio admitting to groping her during an encounter with him in New York City in 2015, as reported in Ronan Farrow’s explosive New Yorker expose. 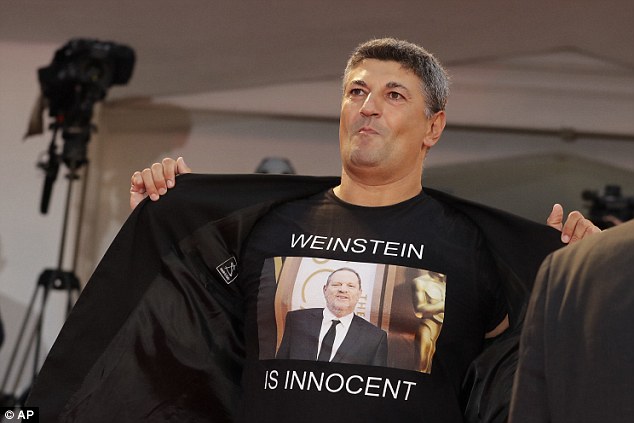 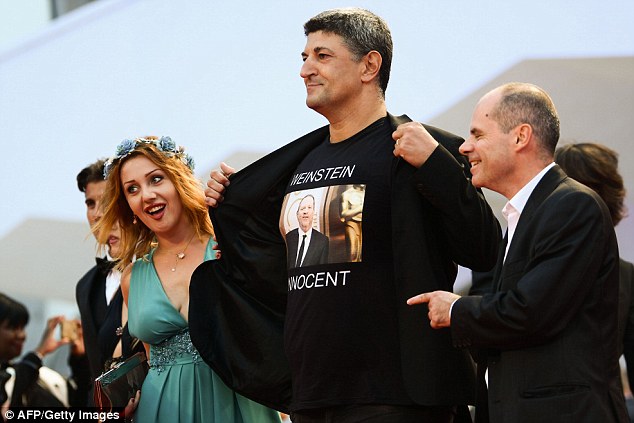 Additionally the Los Angeles Police Department has an open investigation into Weinstein for allegedly raping an Italian actress in a hotel room at Mr. C in Beverly Hills in 2013.

Gargnani’s latest flick celebrated the ‘bunga bunga’ sex parties of Italy’s former Prime Minister, Silvio Berlusconi, who was accused of having sex with an underage prostitute during the orgy-like soirees.

The t-shirt stunt was rebuked by festival chief Alberto Barbara, who told Deadline it was ‘a stupid move.’

This past week Weinstein was spotted wearing what appeared to be an electric monitoring device on his ankle as he dropped off his daughter to his estranged wife in Connecticut. 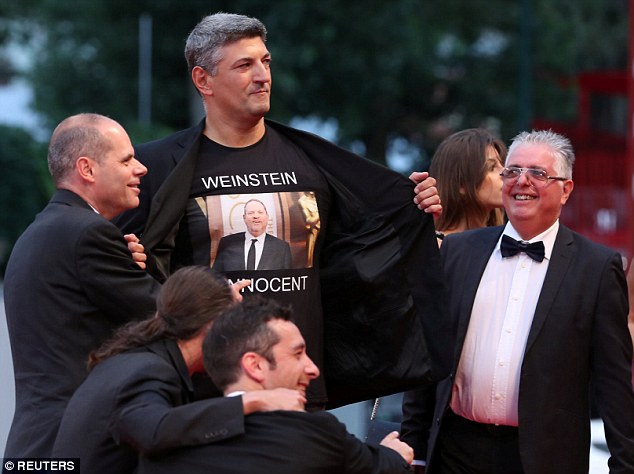 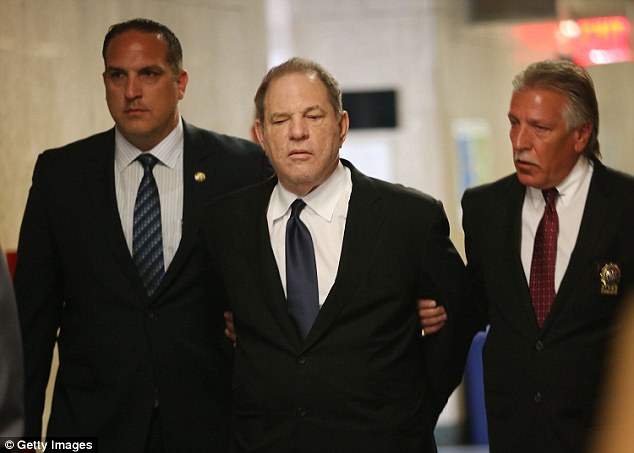 The former couple, who are not thought to be on speaking terms since more than 80 allegations of sexual assault harassment and rape were brought against him, were both at the Fairfield County Hunt Club, in Westport, Connecticut, so Weinstein could drop off daughter India Pearl, eight.

Weinstein was wearing an electronic tag ahead of a court hearing on September 20, in New York where as he faces charges of first and third-degree rape and a first-degree criminal sex act.