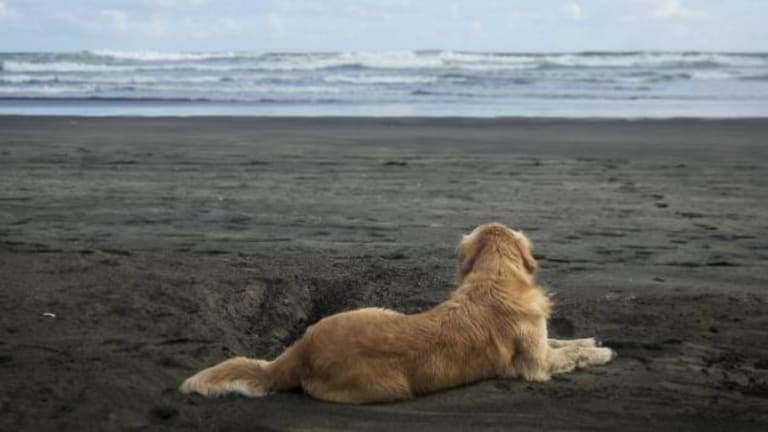 Milo waits patiently on the beach for his owner, Dayne Maxwell, to come in from surfing.

The golden retriever sits on the rugged beach each day, alone, staring out to sea.

But anyone who approaches Milo, thinking he is a lost, is in for a surprise. 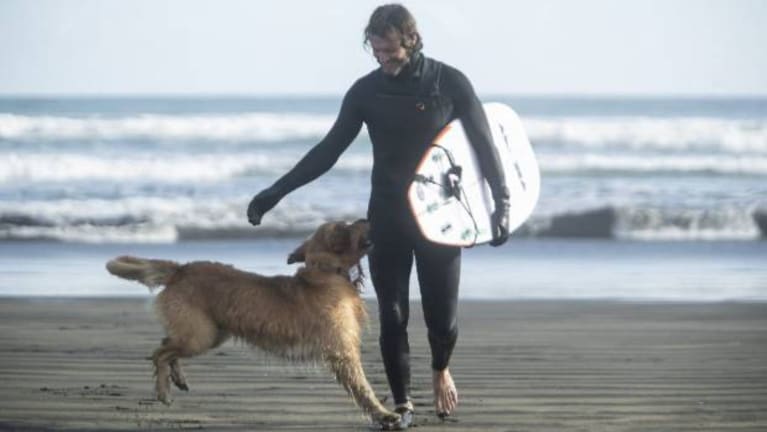 When Milo spots his “dad” Dayne Maxwell emerging from the sand, it’s a flurry of golden-haired excitement.

Attached to his collar is a note: "Dad's surfing".

Milo has not been abandoned. Instead the loyal dog daily accompanies his owner Dayne Maxwell to Bethells Beach, 30 kilometres west of Auckland, then sits without wandering, watching while "dad" enjoys a ride.

Then Milo's ears go back – he's spotted Maxwell emerging from the water from about 50 metres away, surfboard in hand.

"When he realises it's me, he sprints down and goes pretty crazy in the water," Maxwell said. 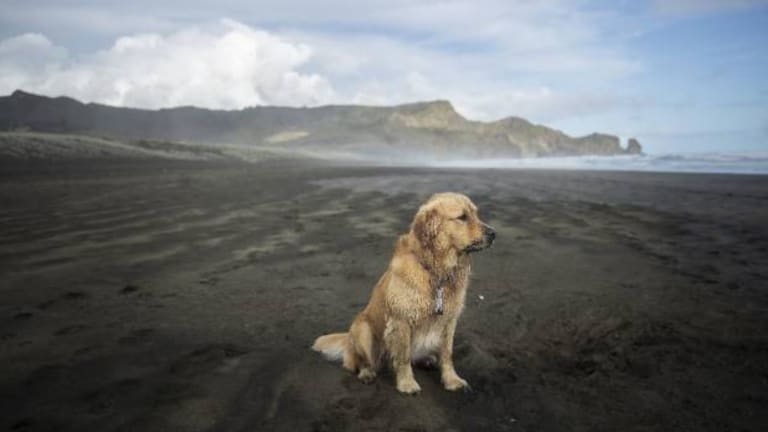 Milo, now two-and-a-half years old, has been trusted to wait on the beach by himself for about a year.

There is a lot of barking and tail wagging involved. "It's full-on excitement," Maxwell said.

Being able to trust an excitable, two-and-a-half-year-old golden retriever to stay put on a beach full of interesting sights and sounds is no easy feat, but the pair have been performing the ritual for just over a year.

They started their daily ritual when the pup was about one. Now, Milo can be trusted to hang out on the beach by himself.

How long he waits depends on how good the surf is, said Maxwell, "it is usually somewhere between one to two hours". 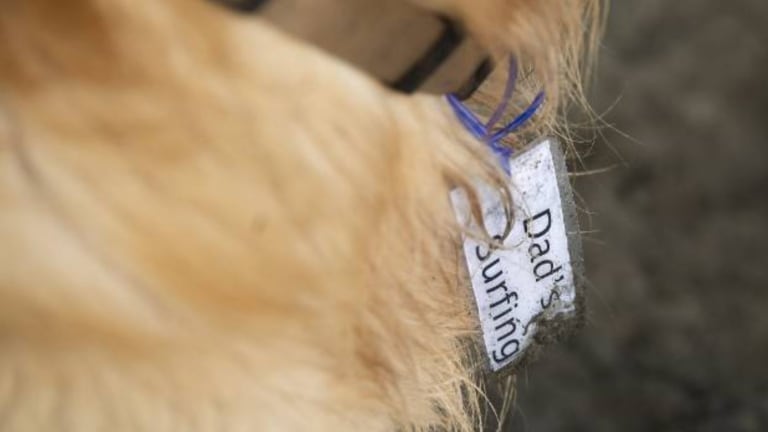 If there are people or dogs around, he'll go up say hello. "But if there's no one around he'll sit on the beach and waits like a little statue," Maxwell said.

"He keeps his eye on any surfer who walks out, and you can see him analysing them to see whether it's me or not."

The pooch is something of a local celebrity with Bethells Beach regulars.

Maxwell put the note on his collar so people know he's not abandoned. 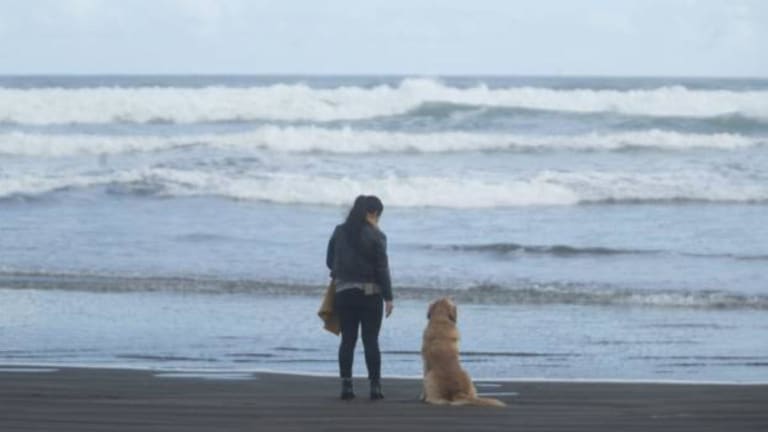 He’ll say hello to Bethells Beach regulars, but always keeps an eye on the water for dad.

Once a family friend spotted him on the beach while Maxwell was having a surf, assumed he was lost and took him home.

Maxwell, who works for Maritime New Zealand, has been surfing at Bethells for about 30 years.

He lives out by the beach with his wife and three children. Milo usually gets about two walks a day.

Maxwell said Milo's probably one of the happiest, most spoiled dogs in Auckland.

"My wife is the fair-weather walker and I'm the wet-weather walker. We feel like we've let him down if he only gets one walk in a day," Maxwell said. "I do keep an eye on him while surfing, but he's always there when I come in."