Minnesota: The city of Brooklyn Center, Minnesota, has agreed to pay a $US3.2 million ($4.6 million) settlement to the family of Daunte Wright, a 20-year-old black man who was fatally shot by a police officer during a traffic stop in April 2021 near Minneapolis. The officer said she meant to fire her Taser instead.

The settlement, announced on Tuesday (US time) by the legal team for Wright’s family, will be finalised after an agreement is also reached on “non-monetary” measures, including training for the city’s police. The lawyers said Tuesday that they anticipated the agreement would include training for the Brooklyn Center Police Department on topics including officer intervention, implicit bias, de-escalation and how to approach mental health crises. 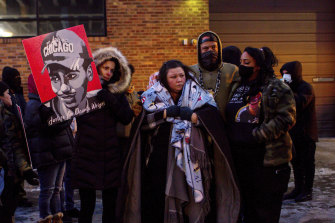 As part of the settlement, the University of St Thomas is set to provide the police department with free training on cultural proficiency and implicit bias.

Katie and Arbuey Wright, the parents of Daunte Wright, said in a statement that they hoped Brooklyn Center residents would feel safer “because of the changes the city must make to resolve our claims”.

“Nothing can explain or fill the emptiness in our lives without Daunte or our continued grief at the senseless way he died,” Wright’s parents said. “But in his name, we will move forward, and it was important to us that his loss be used for positive change in the community, not just for a financial settlement for our family.”

The shooting happened during the trial of Derek Chauvin, the white former Minneapolis police officer who was convicted of killing George Floyd, a black man whose death prompted global protests against police violence. Protests also took place in Brooklyn Center after Wright’s killing.

Wright was driving to a car wash in April 2021 when he was stopped by two Brooklyn Center police officers, Kimberly Potter and Anthony Luckey, whom Potter was training at the time. Luckey began following Wright’s white Buick because he said he saw the car using the wrong turn signal. The car also had an expired registration sticker and an air freshener hanging from the rearview mirror, which is against the law in many states.

The police stopped Wright after they ran his name through a police database and found that he had a warrant for his arrest after missing a court date related to charges that he had illegally possessed a gun and had run away from police officers.

Wright stepped out of the car at Luckey’s request, but he twisted away and tried to get back in the driver’s seat as Luckey tried to handcuff him, body camera videos showed. Moments later, Potter shouted that she would use her Taser on Wright, but she drew her department-issued Glock instead and shot him.

Potter, who is white, resigned two days after fatally shooting Wright and was sentenced to two years in prison in February. Her sentence is far less than the standard of about seven years for manslaughter, but a judge said it was justified because Potter meant to fire her Taser. Wright’s relatives at the time expressed outrage at what they saw as the leniency of the sentence. 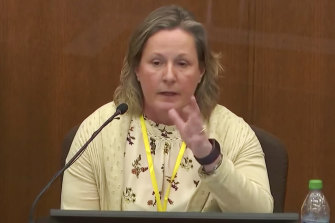 Lawyers for Potter and the Brooklyn Center police did not immediately respond to requests for comment Wednesday.

Antonio Romanucci, a lawyer for Wright’s family, said that the family hoped that changes to policing in Brooklyn Center would “create important improvements to the community in Daunte’s name”.

Jeff Storms, another lawyer for Wright’s family, said in a statement Tuesday that the financial settlement “cannot come close to compensating the family for their loss, yet the comparative cost for and commitment by the city reflects a commitment to accountability for this small community”.