Sir David's casket, covered by a Union flag, was carried into St Mary's Church in Southend, Essex – three miles from where the Conservative MP was stabbed to death on October 15. 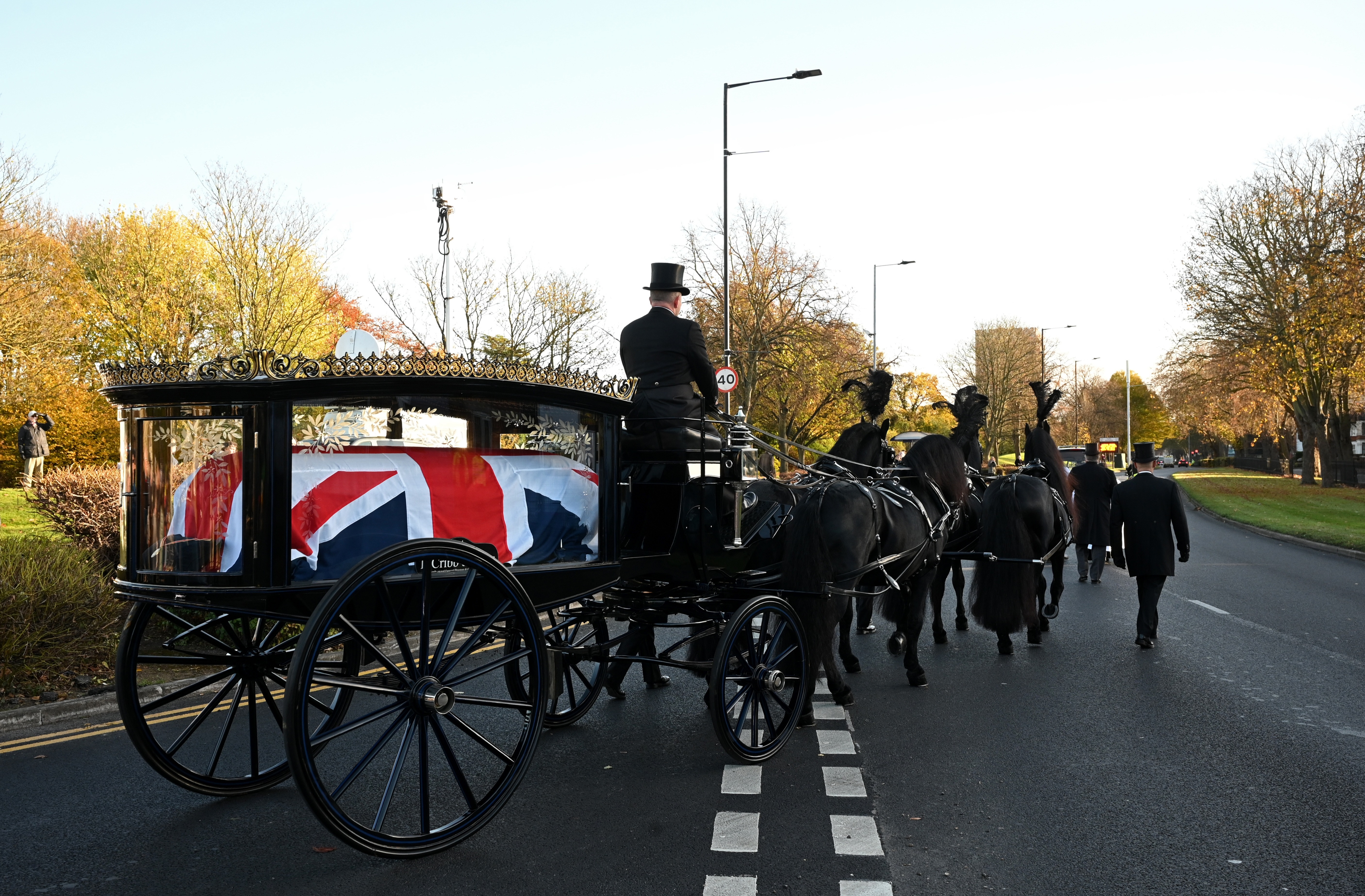 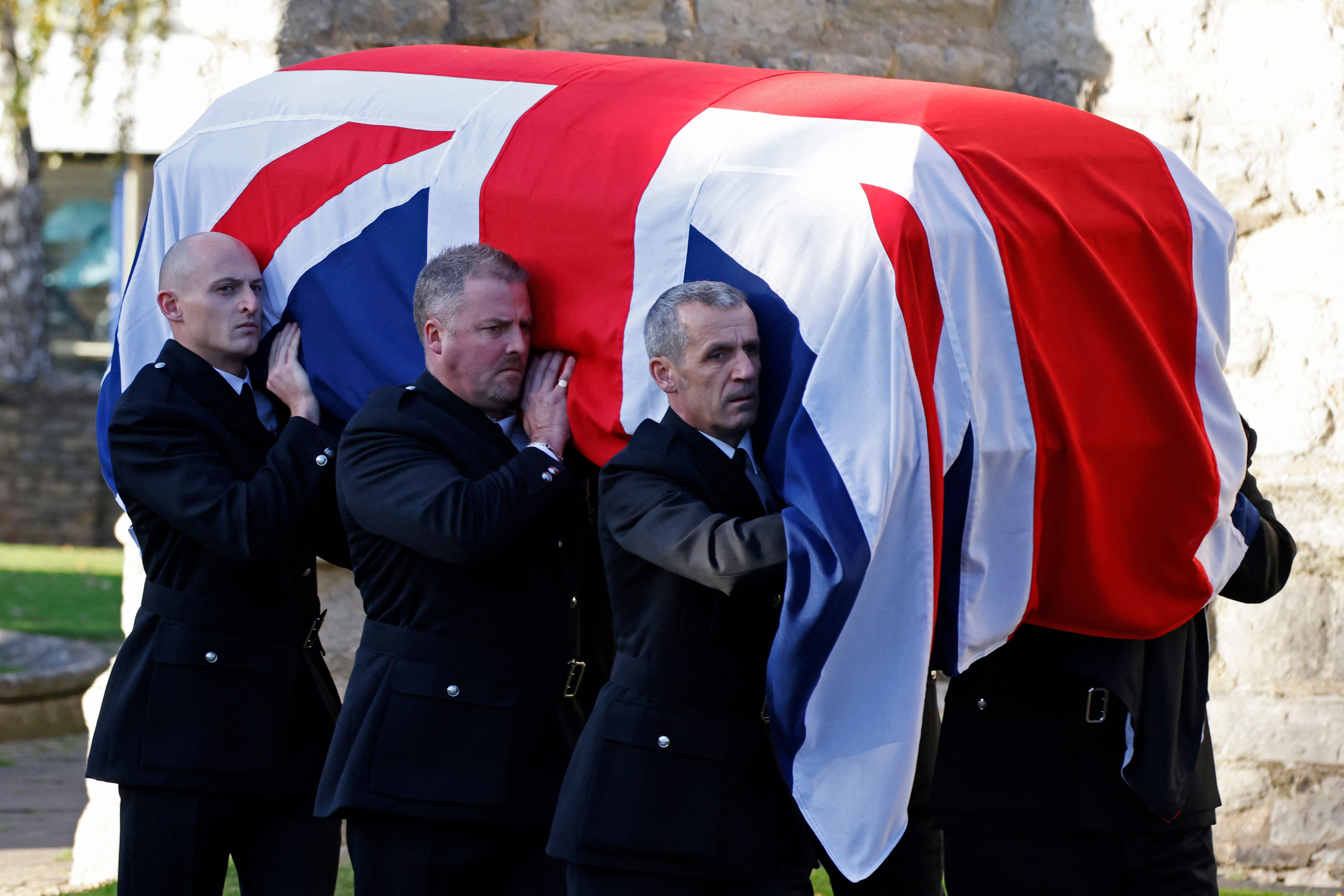 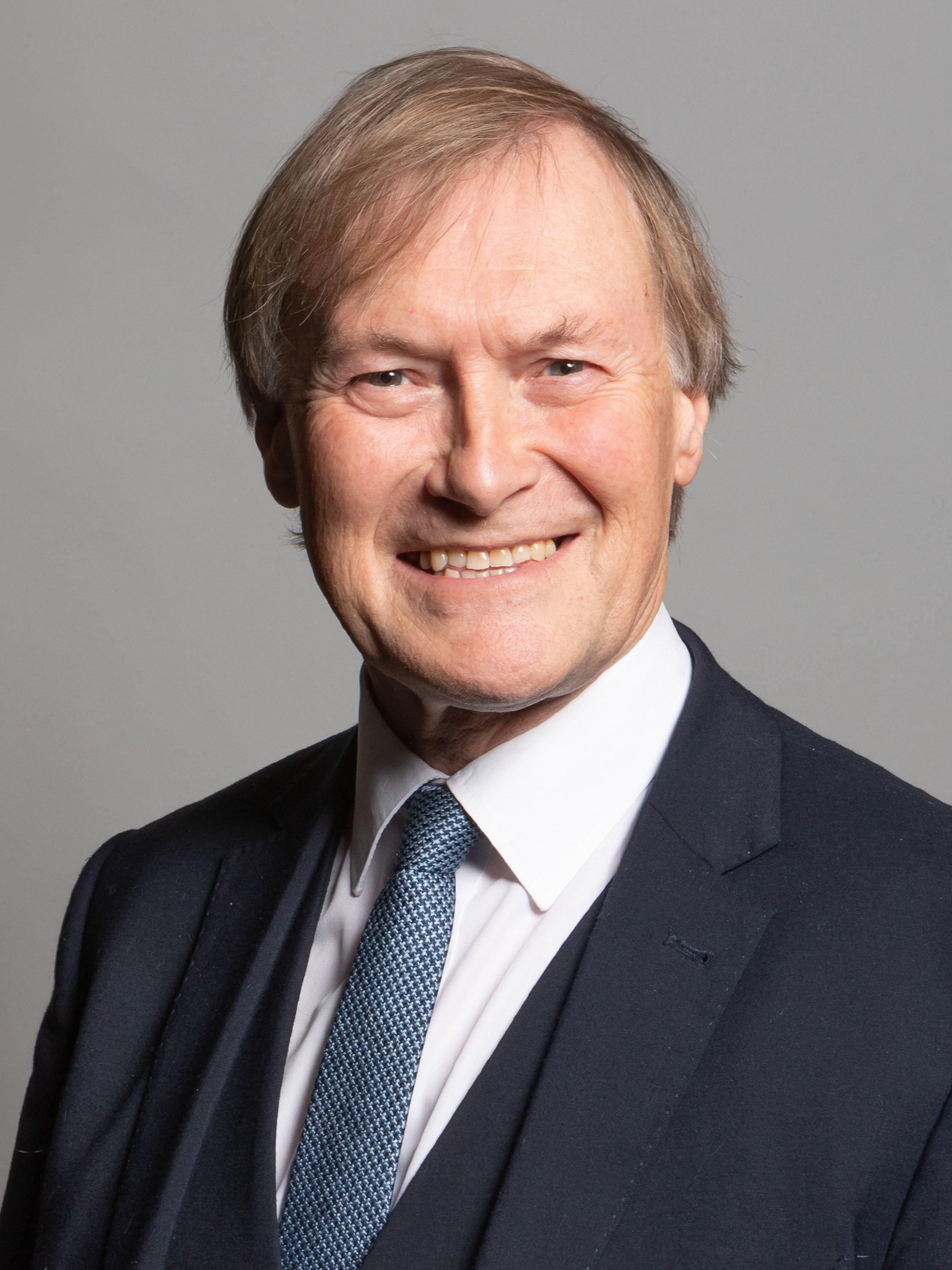 The Tory MP was knifed to death in a terror attack – with his family today speaking of how they had been "shattered" by the tragic loss.

In a tribute read aloud in church, Sir David's family said they were "enormously proud of him".

They added: "As a family, we are still trying to understand why this awful thing has occurred. Nobody should die in that way. Nobody. Please let some good come from this tragedy."

Bells tolled at the church as teary-eyed mourners began to arrive for the funeral – with Sir David's coffin arriving draped in a Union Jack flag.

In the emotional statement, his family asked the public to "set aside their differences and show kindness and love to all".

They added: "This is the only way forward. Set aside hatred and work towards togetherness."

While the ceremony itself was private, mourners lined the street to say a final farewell to the MP.

Following the 1pm service, a horse-drawn hearse carried the casket on a procession through Southend.

The coffin pallbearers at Sir David's funeral were drawn from Southend Fire Service.

It paused outside Southend's Civic Centre and again outside Sir David's constituency office, Iveagh Hall, before returning to the chapel of rest.

Choirs sang before and during the service – the Southend Boys' and Girls' Choirs, Leigh Orpheus Male Voice Choir and St Mary's Church Choir.

His friend and colleague Mark Francois delivered a eulogy at Monday's private service at St Mary's Church in Prittlewell.

During his tribute to Sir David Amess, he said the politician had "won in the end" after his campaign for Southend to be made a city found posthumous success.

Mr Francois told mourners at St Mary's Church in Prittlewell: "He put Basildon firmly on the map and he worked tirelessly for Southend.

"In the end, I think his constituents loved him for it.

"Just look at the turnout here today in this beautiful house of God, which, before long, will form part of the city of Southend – forever.

"So, he won in the end. Some would say, including me, that David was a bit of a legend really." 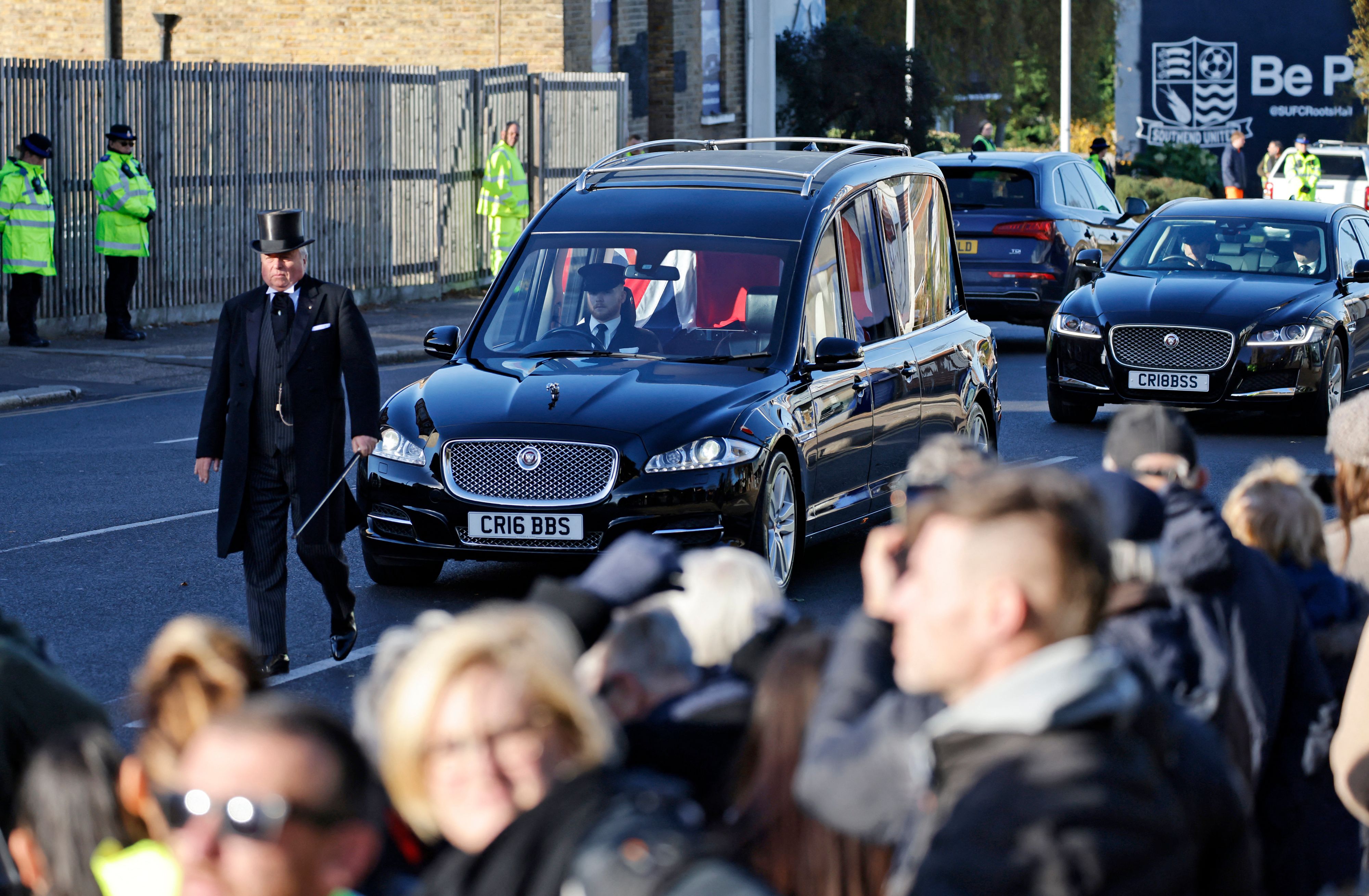 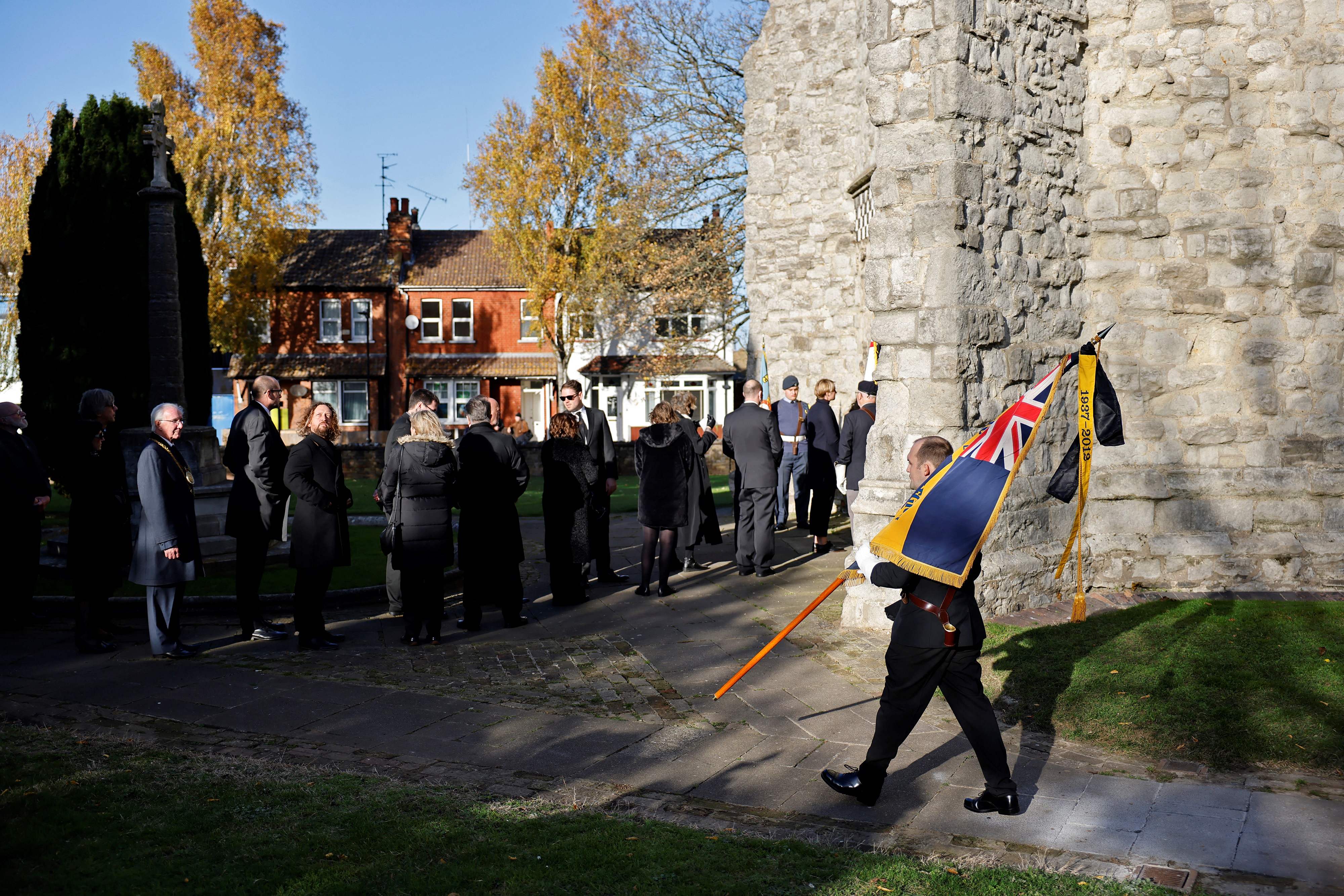 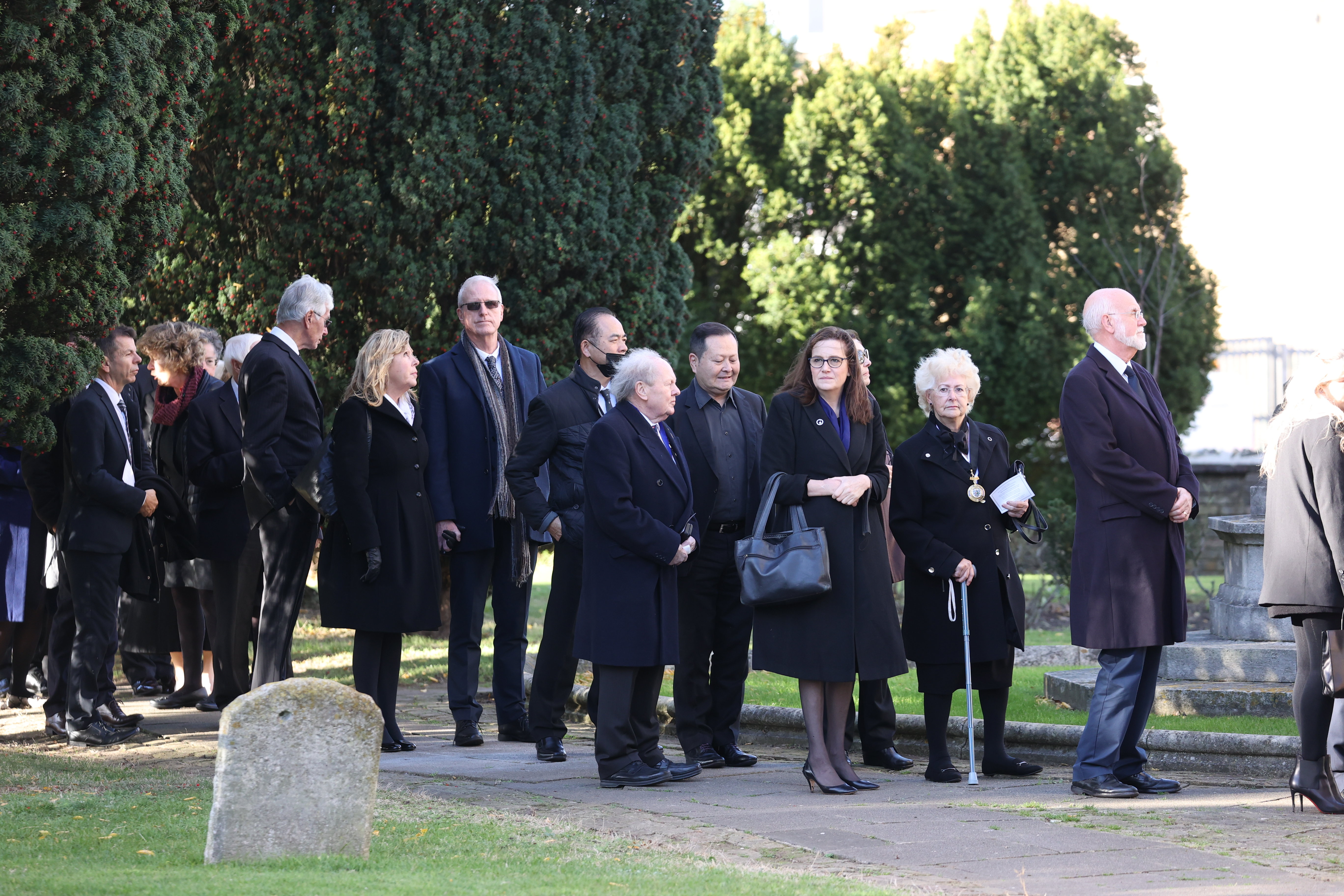 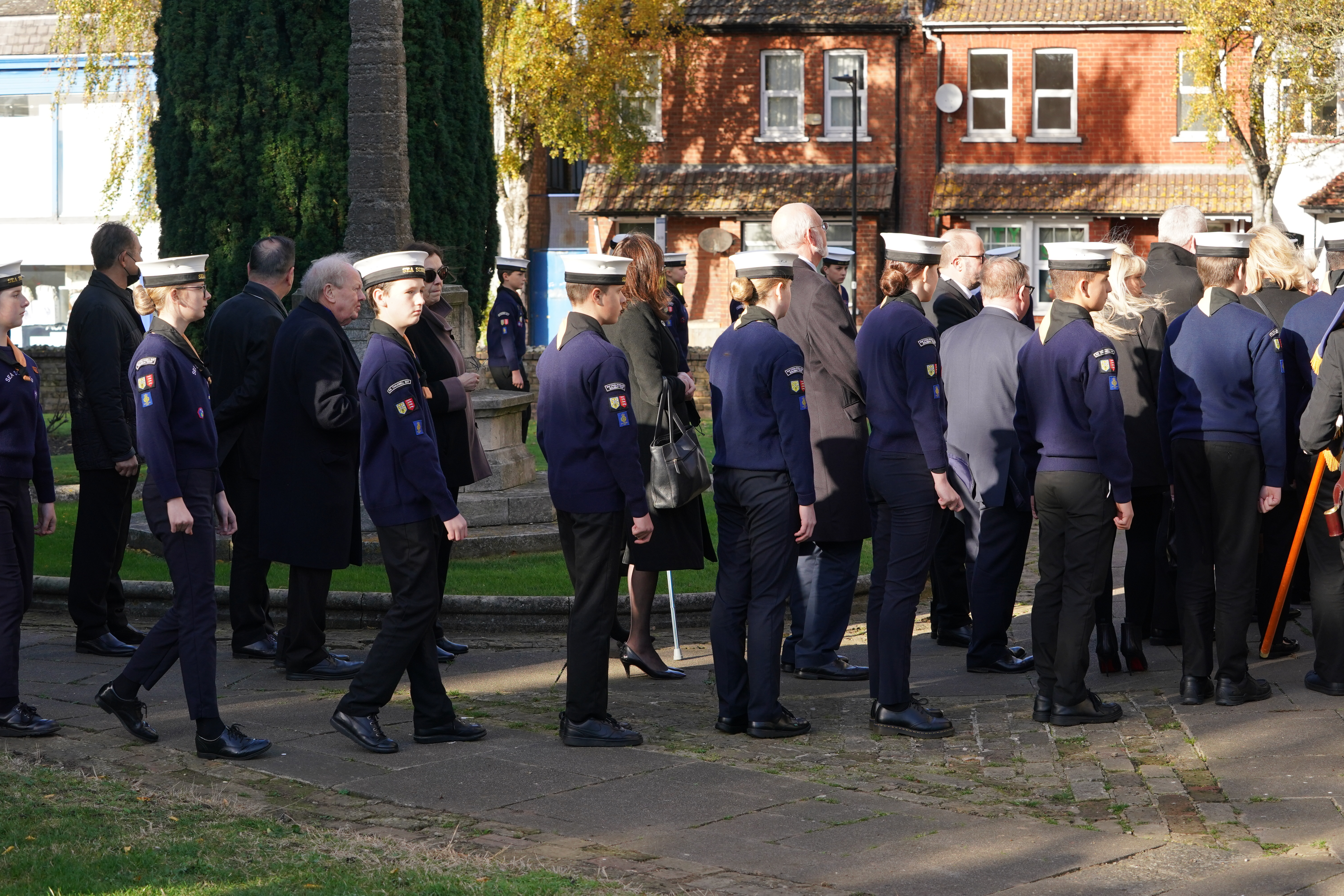 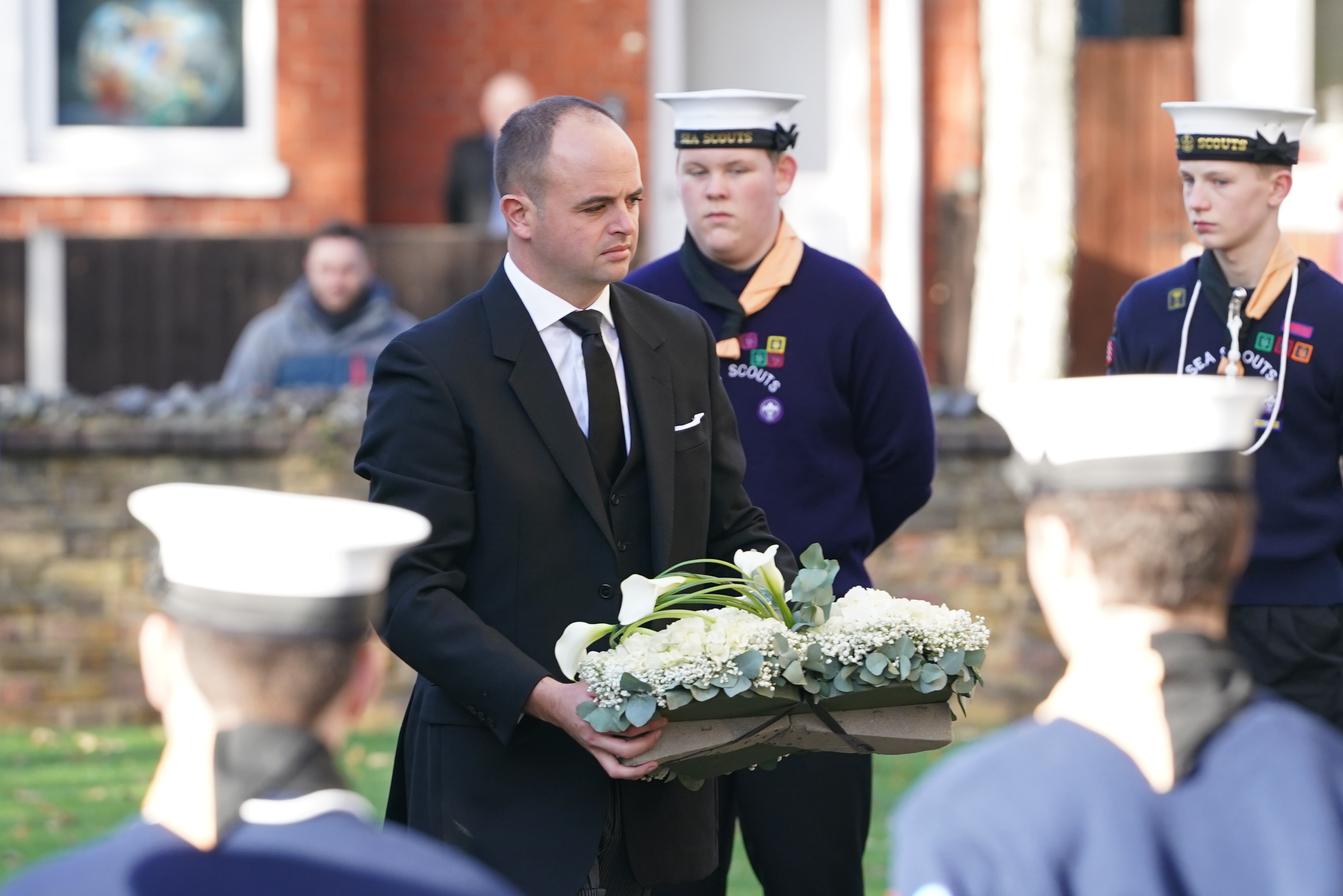 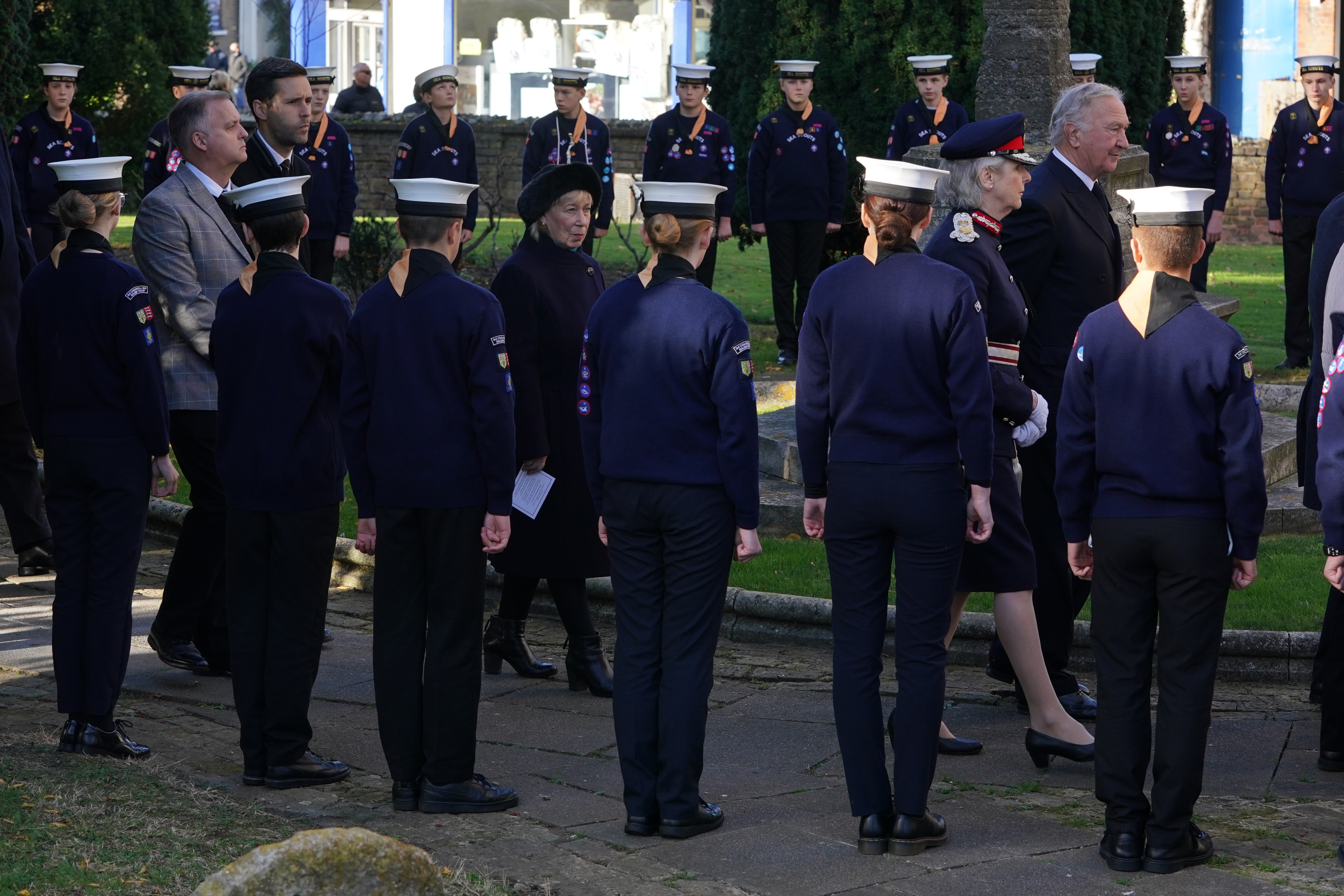 Finishing his tribute, Mark Francois MP said: "The David Amess I knew never yielded on an important point of principle to anyone, and so neither shall we.

"Despite this awful tragedy, we are going to keep calm and carry on, because I earnestly believe that is exactly what he would have wanted us to do.

"So, we come to say farewell, or perhaps it is adieu, to Sir David Amess – a wonderful husband and father to Lady Julia and their children, a fine parliamentarian and an absolutely brilliant constituency MP.

"Whatever the weaknesses of Parliament, David Amess was the living embodiment of all its strengths.

"You see, ladies and gentlemen, in the end he really was, quite literally, a jolly good fellow. And so, I am sure, say all of us."

On Tuesday, a Requiem Mass will be held at Westminster Cathedral in London, where a message from the Pope is to be shared.

He said that Sir David's family "understand there are many others in the city who knew and loved him".

In an earlier interview, Prime Minister Boris Johnson told BBC Essex that several of his Cabinet colleagues broke down in tears when they learned of Sir David's death.

Mr Johnson had been on a Cabinet away day when he was told the news.

"Everybody was absolutely devastated," he told the broadcaster.

"We were all sitting around.

"I then got called out and got given the news.

"I had to go back in to tell Cabinet colleagues, many of whom had known David for decades, and I'm afraid several colleagues broke down in tears because it was just an appalling piece of news.

"I think we were also very shaken by the implications of what had happened, and the fact his life had been tragically ended in the way that it was." 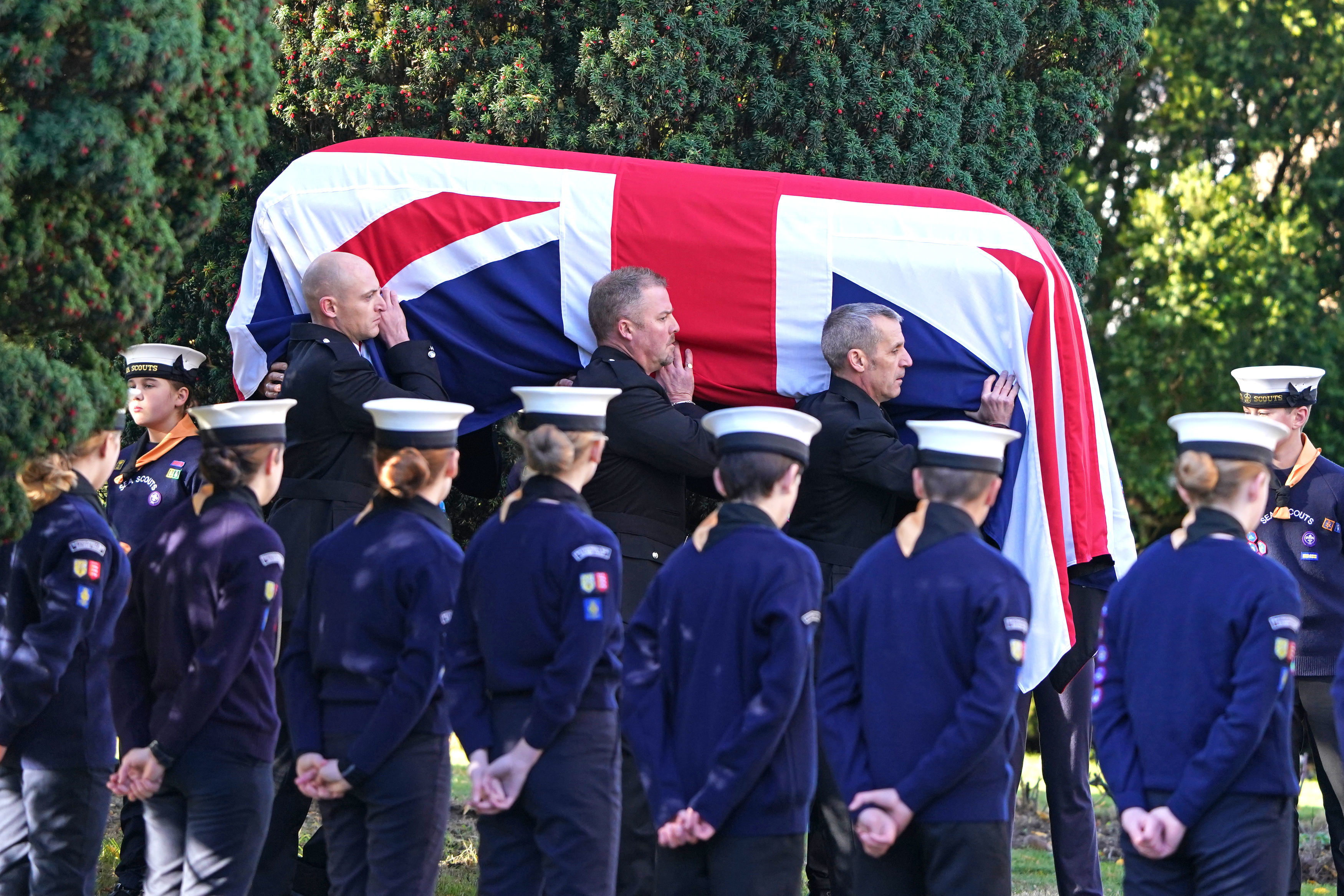 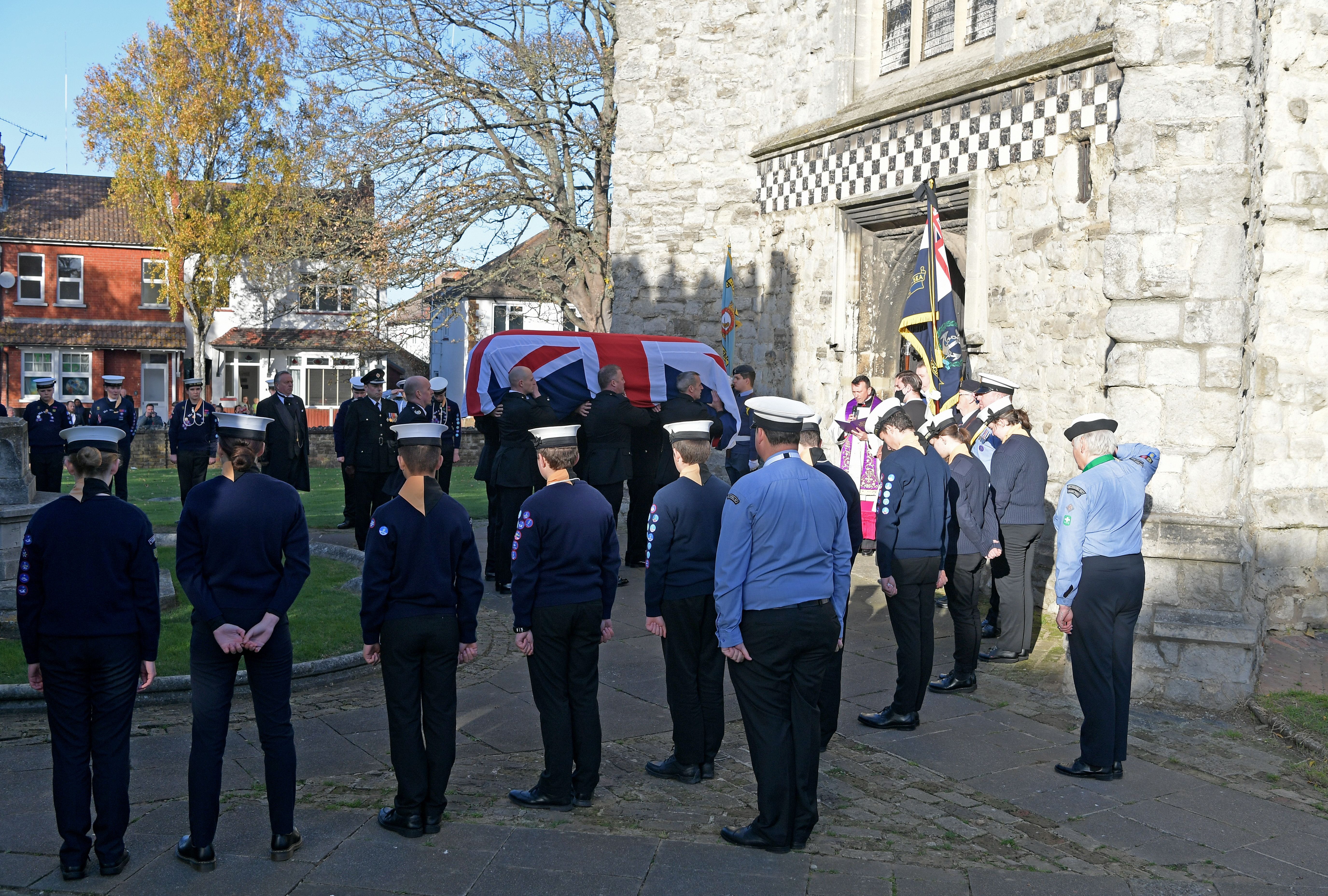 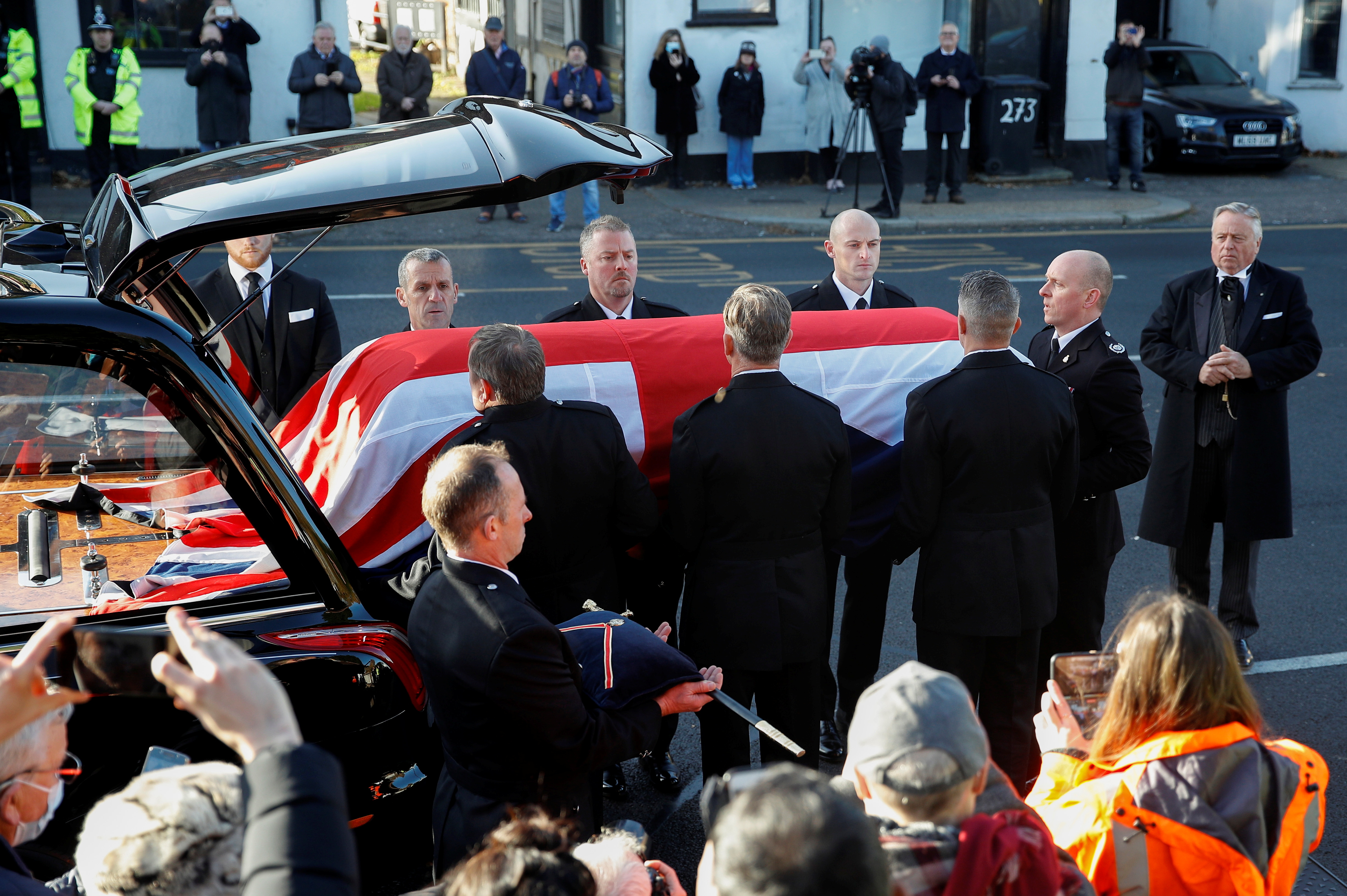 Sir David, a married father-of-five, spent a short stint as a primary school teacher in London’s East End and then a spell as a recruitment consultant.

But politics was his calling and by his early 30s the ardent Brexiteer was the proud MP for Basildon in Essex.

Once inside the corridors of power he worked as an aide to perhaps the most famous of the new breed of Thatcherite Tory – Michael Portillo.

He was part of this new gang of Tory grafters and strivers who were reshaping their ancient party forever.

But Sir David shunned the ministerial ladder which proves simply too alluring for most politicians.

Instead, this proud Essex boy preferred to stay on the backbenches where he could freely speak his mind, and stand up for his constituents, without the muzzle of ‘collective ministerial responsibility’ which gags so many politicians.

His colleagues and friends remember a charismatic, witty and charming MP.

Someone who loved nothing more than walking round his constituency, chatting to locals, and campaigning on issues close to his heart.

His local Tory Party branch chairman dubbed him “a friend to everybody” who could not do too much for his patch.

“He has a photographic memory – he remembers everyone” they recalled.

After nearly 15 years in his beloved Basildon, Sir David moved to the nearby constituency of Southend West to become an MP there (boundary commission bosses had tinkered with his old constituency borders – meaning it was bound to fall to Labour).

The 1997 election brought with it a changing of the guard. Tony Blair romped to a landslide victory. Like Maggie Thatcher two decades before, the New Labour leader was elected on a promise to remake his country – and his party.

But while most of the UK fell to the red rosette, Southend West stayed resolutely blue. And Sir David was their man.

In Parliament he was often found, head bobbing in the midst of a raucous PMQs, to ask the leader of the day if they would back his campaign to make Southend West a city.

In December 2019, he secured an adjournment debate in the Commons specifically on the campaign and he told MPs: "I am not messing around.

"We have got it from the Prime Minister that Southend is going to become a city – and it will become a city."

A passionate supporter of the British monarchy, Sir David saw another opportunity in November 2020 as the Commons considered plans for the Queen's Platinum Jubilee next year.

He asked for a new statue of the Queen and for a city status competition to elevate Southend's status.

In March 2021, Sir David repeated his statue calls – insisting the Queen deserved one for being a "great" monarch. 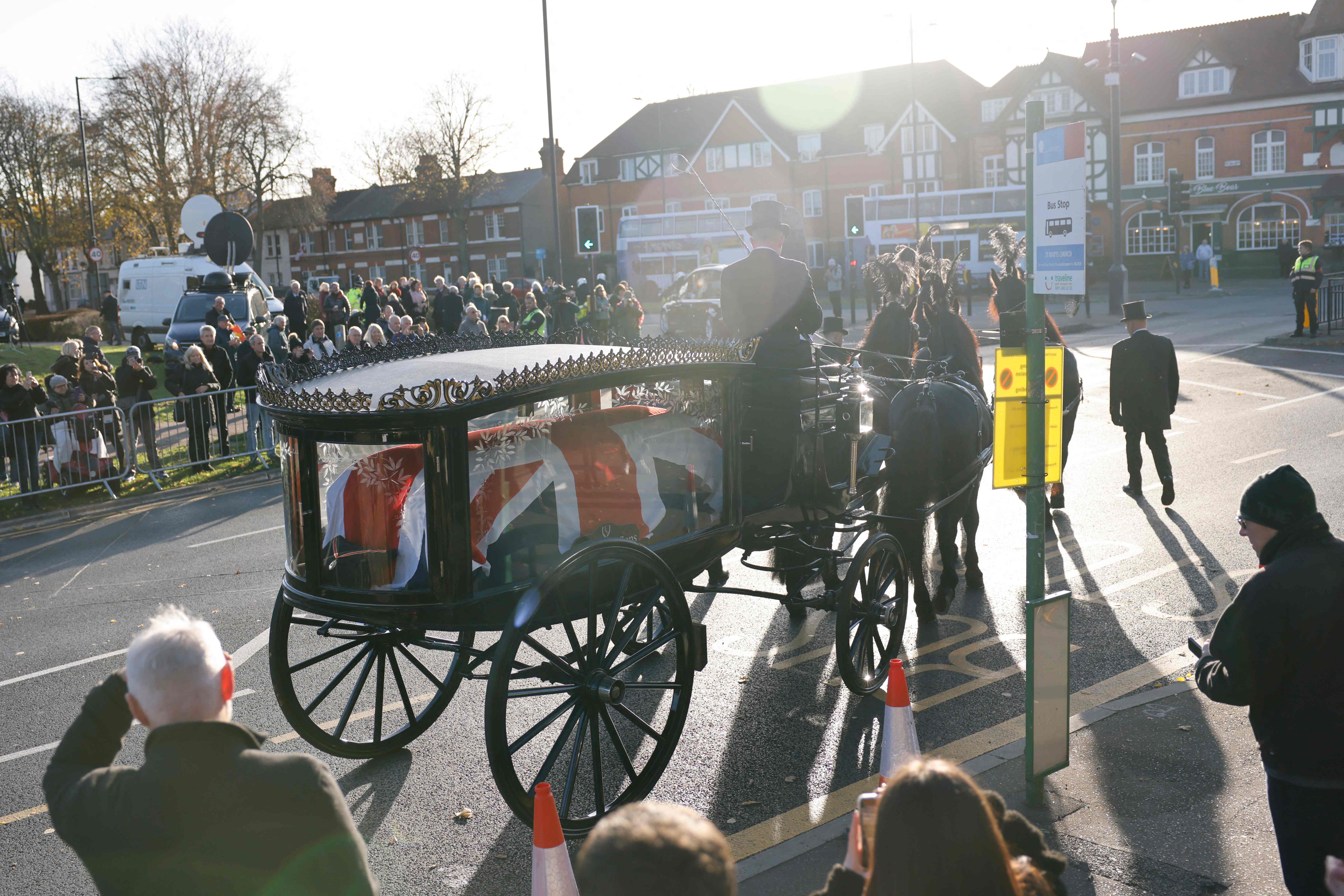