The presenter, 74, defended Meghan, the Duchess of Sussex, 37, claiming she ‘displays poise, elegance and confidence’.

He said she is ‘so much better’ than his previous girlfriends, speaking at the unveiling of a Mary Queen of Scots portrait in Kent.

He told reporters at Hever Castle: ‘I think when you look, certainly, at the recent history of the monarchy, she is so exotic, so strange.

‘On the other hand, she is so much better than Harry probably would have got if you look at his previous girlfriends. They’re Eurotrash.

‘She displays poise, elegance, confidence and a degree of assurance, which at the same time is not overwhelming.

‘I think he could hardly have done better and it’s perfectly clear that the Queen thinks the same.’ 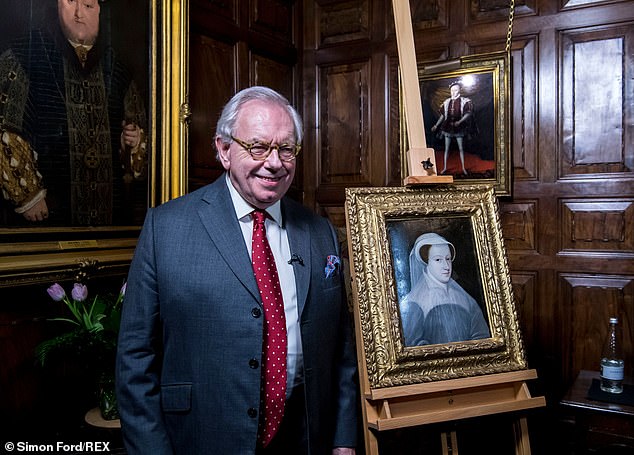 Prince Harry, 34, has a long list of former flames, including socialites Chelsy Davy and Cressida Bonas.

Ms Davy moved to the UK after going to school in Zimbabwe and Ms Bonas was born and raised in Britain.

He has also been linked to celebrities Caroline Flack, Mollie King and Ellie Goulding.

Mr Starkey, 74, defended Meghan, the Duchess of Sussex, 37 (pictured at the Natural History Museum in London this week) claiming she ‘displays poise, elegance and confidence’

Mr Starkey made the comments at the unveiling of a rare portrait of Mary Queen of Scots last Friday.

It coincided with the release of the hit film Mary Queen of Scots starring actress Saoirse Ronan in the title role.

Mr Starkey said the modern monarchy is very different from Mary’s time because ‘commoners’ like Meghan and Kate Middleton would never had stood a chance of becoming Queen.

He added that Mary and Meghan are as different as two people could be.

The unveiling of the portrait marked 432 years to the day since the Scottish monarch died in 1587.

Discovered in France, it is believed to have come from the studio of Renaissance miniature portrait painter Francois Clouet but was only recently identified as Mary.

Originally thought to date back to the 17th century, scientific examination of the oak panel on which the portrait is painted revealed it was created after 1547, while analysis of the style confirmed it was created in the mid-16th century.

It shows a teenage Mary, circa 1560, thought to be in mourning dress after the death of her father-in-law, mother and husband within 18 months of each other.

Starkey said of the piece of art: ‘This elegant portrait shows the 19-year-old Mary, as she was on her return to Scotland at the beginning of an extraordinary adventure which turned two kingdoms upside down and ended in her own execution at Fotheringhay 26 years later.’

Hever Castle – the childhood home of Anne Boleyn – bought the painting and plans to display it permanently.

The portrait event also saw Mr Starkey slam institutions like the National Trust, universities and museums for ‘imposing woke values’ on the past.

He said of the ‘dangers of rewriting history: ‘The danger is to pretend that women had a role they didn’t or to pretend that the country was half black or something like this. 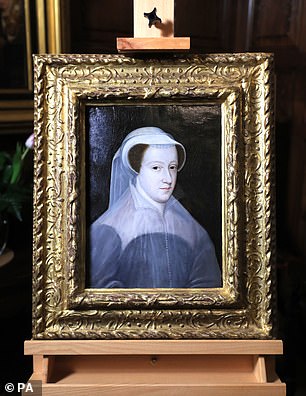 ‘What we’re doing now is to sort of make the past look like the present to legitimate it.

‘And I think it deprives the past of its excitement. The excitement of the past is not that it’s the same but that it’s different.’

The National Trust was criticised by visitors last year for covering up paintings and sculptures of men at a Northumberland home as part of a celebration of the role of women.

And in 2017, it reversed a decision banning volunteers from public facing duties if they refused to wear a gay pride badge at a Norfolk stately home, following an outcry.

Tudor historian Dr Starkey, famous for his Monarchy series on Channel 4, described it as ‘profoundly patronising’ and ‘woke’ to rewrite history as some might like it to have been.

He said: ‘The real problem is that the fashion from the early 21st century has got absolutely nothing to do with the different values of the past.

‘The great challenge of history isn’t to impose your own ‘woke’ values on the past. It’s to recognise that they had different values. 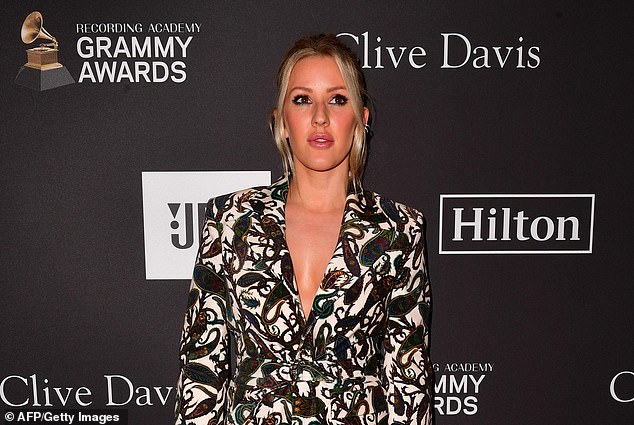 ‘That’s the only possible reason for studying history – that you engage in a kind of time tourism.

‘It seems to be profoundly patronising and ‘woke’ to try and impose your values on the past.’ 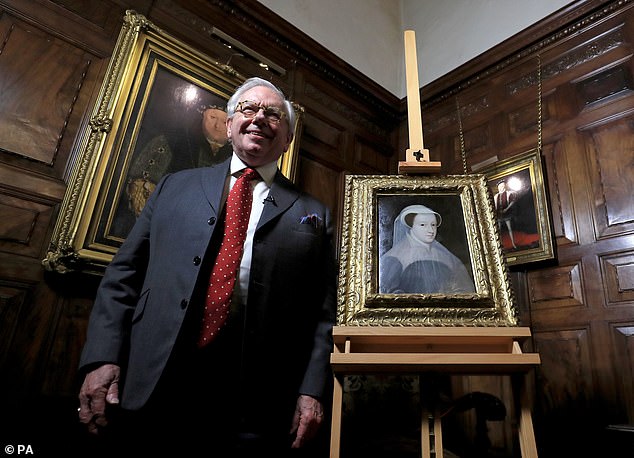 Mr Starkey (pictured with the new portrait at Hever Castle, Kent) added that Mary and Meghan are as different as two people could be