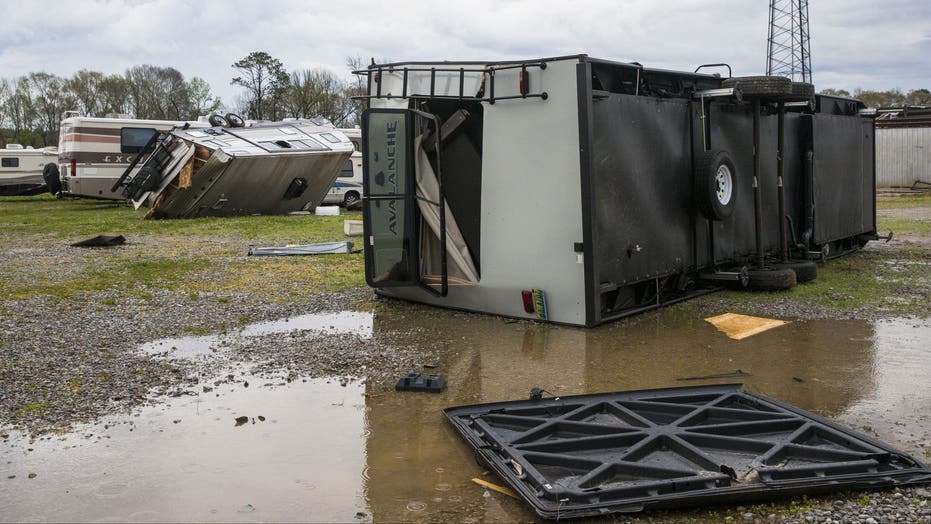 Severe weather ripped through Texas, Louisiana and Alabama Wednesday, leaving tens of thousands of residents without power, and a “major severe weather outbreak” is expected to remain a risk over the next two days.

The National Weather Service warned of possible nighttime flooding and tornados and urged residents to make safety plans well before warnings were issued.

The tornado threat is especially large in the stretch between southeastern Arkansas and northeastern Louisiana, through Mississippi and into Alabama, where Gov. Kay Ivey announced a state of emergency.

“A significant tornado outbreak is expected with numerous strong and a few long-track, potentially violent tornadoes,” the Weather Service warned.

Nearly all of Mississippi were under tornado watches Wednesday evening, as well as portions of southeast Louisiana, northern and eastern Arkansas and western Tennessee. 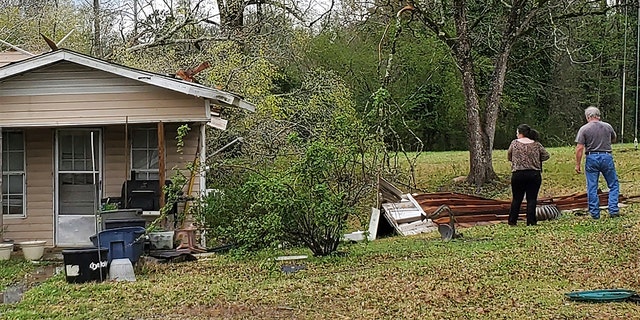 Local residents suspect the roof of this home along Cotten Lane in the Woolworth community in northeast Lincoln County, Miss., might have been destroyed by a tornado Wednesday, March 17, 2021. Forecasters believe more severe weather is expected Wednesday with the potential for massive tornadoes, downpours and hail the size of tennis balls. (Brett Campbell/The Daily Leader)
(AP) 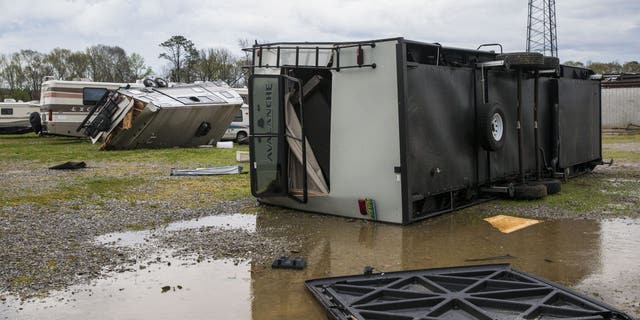 AMU RV service and repair on Old Greensboro Road was struck by a tornado that destroyed multiple client-owned recreational vehicles, Wednesday, March 17, 2021, in Moundville, Ala. The tornado also tore the roof off the workshop with people inside, who survived. A wave of storms is pounding the Deep South, leaving a trail of splintered trees and damaged buildings. And forecasters said still more severe weather was on the way Wednesday with the potential for massive tornadoes, downpours and hail the size of tennis balls. (AP Photo/Vasha Hunt)

The foul forecast prompted dozens of school districts to cancel classes or revert to remote learning, and thousands of people saw their coronavirus vaccine appointments canceled. 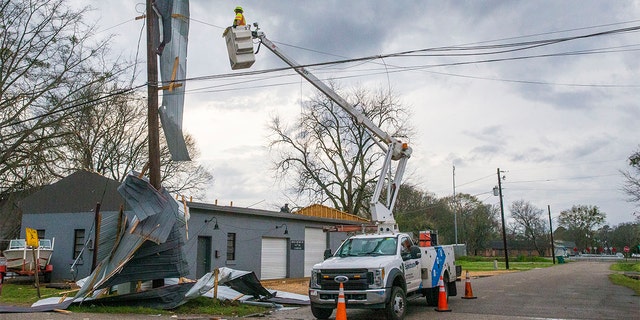 A utility worker looks to repair lines with the roof of Kelley Electric draped on the lines after downtown Moundville was hit by severe weather, Wednesday, March 17, 2021, in Moundville, Ala. Possible tornadoes knocked down trees, toppled power lines and damaged homes in rural Chilton County and the Alabama communities of Burnsville and Moundville, where power was out and trees blocked a main highway. (AP Photo/Vasha Hunt)
(AP)

Flash flood watches were issued across much of Missouri, southeastern Tennessee and northwestern Georgia.

The weather has already torn through a number of Alabama communities, downing trees and power lines and blocking roads. 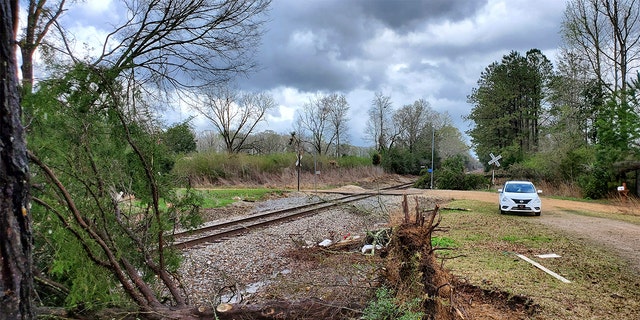 A tree was blown down along side the railroad tracks in northeast Lincoln County, Miss., following a mid morning bout of severe weather, Wednesday, March 17, 2021. Forecasters believe more severe weather is expected Wednesday with the potential for massive tornadoes, downpours and hail the size of tennis balls. (Brett Campbell/The Daily Leader)
(AP)

Chuck Folts, an RV mechanic in Moundville, Ala., told the Associated Press he hunkered down in his workshop as a tornado ripped the roof off above him.

The severe weather is expected to reach eastern Georgia and the Carolinas Thursday.