A COUPLE battered on a London bus because they refused to kiss say they will not be cowed into hiding their sexuality. 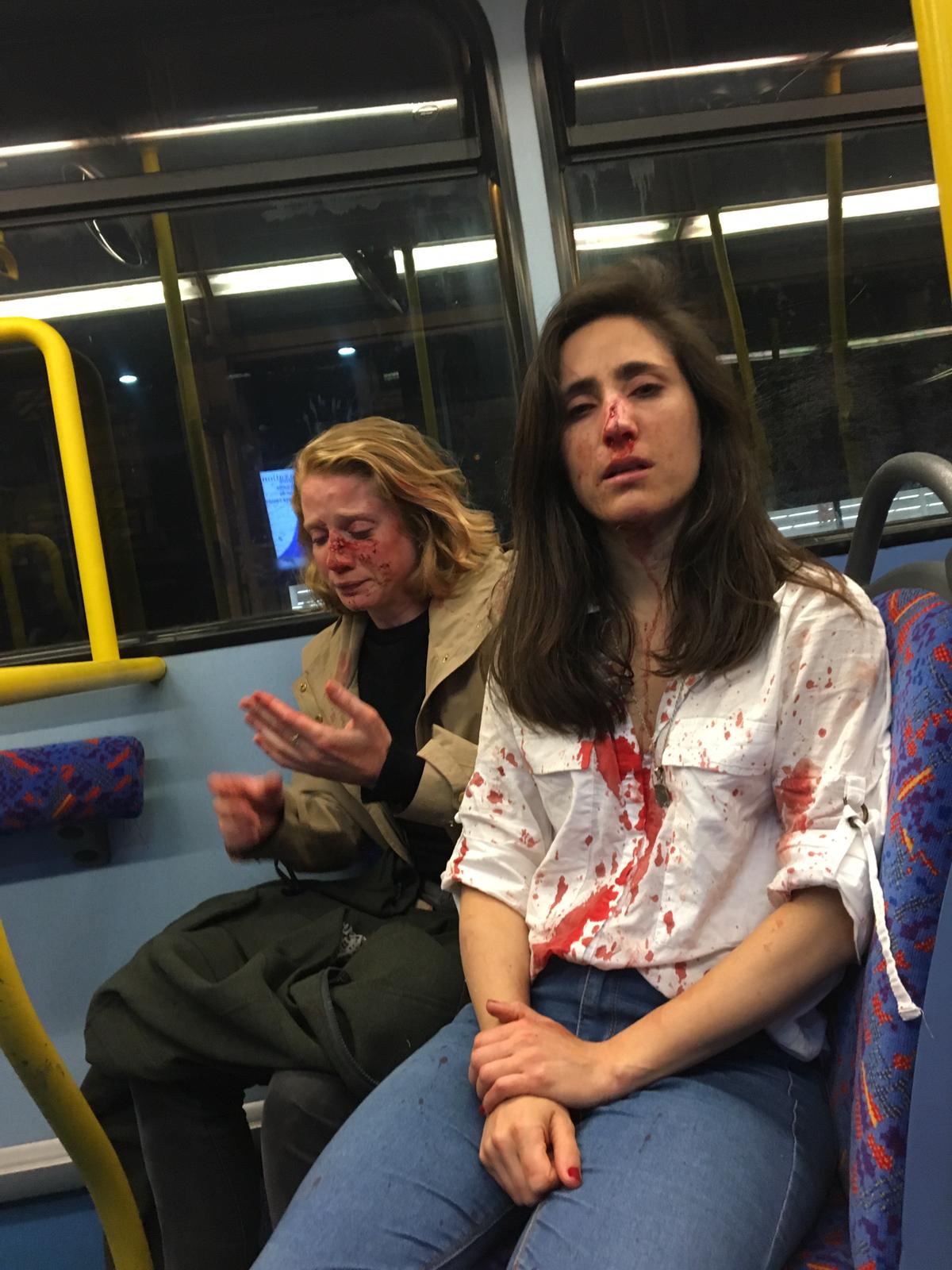 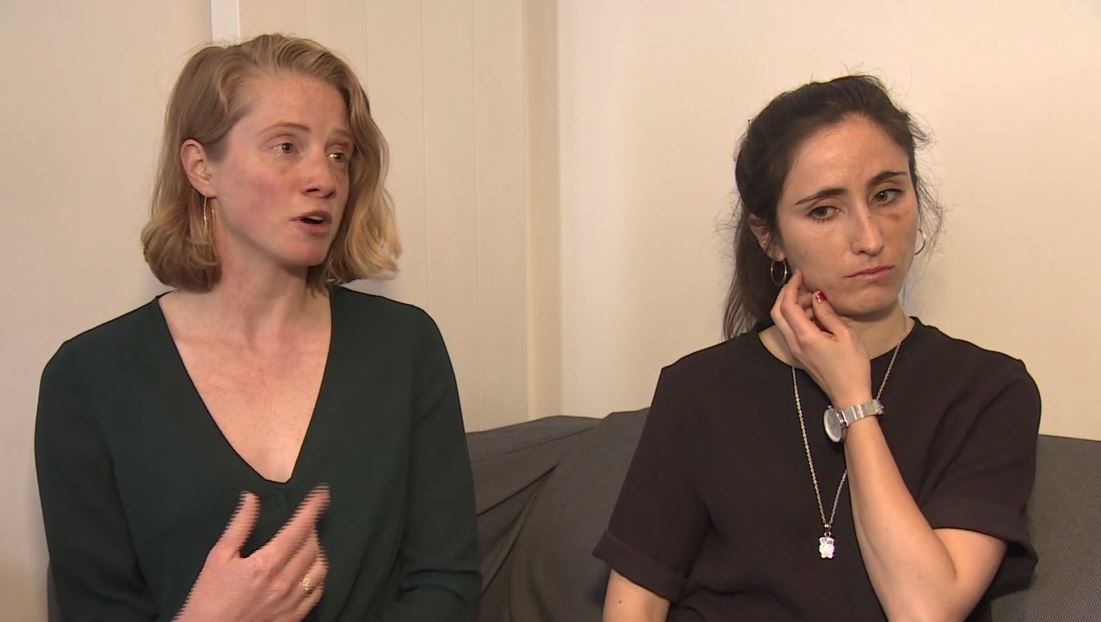 American Chris, suffered a broken jaw in the attack and both women had facial injuries including cuts and bruises when the four yobs set upon them.

But the defiant pair have spoken out about the incident, saying they won't be made to hide who they are because of the appalling actions of brutes.

Chris told the BBC: "I am not scared about being visibly queer.

"If anything, you should do it more.

"I was and still am angry. It was scary, but this is not a novel situation."

She added: "A lot of people's rights and basic safety are at risk.

"I want people to take away from this that they should stand up for themselves and each other."

Melania, from Uruguay but now lives in Bishop's Stortford in Essex, says the pair decided to sit at the front on the top deck because they both enjoy the novelty of a double-decker bus.

Then a gang of young men behind them saw they were a couple and started to demand they kiss while making crude sexual gestures.

Chris and Melania were alone on the bus with the thugs.

Writing on Facebook, Melania said: "They started behaving like hooligans, demanding that we kissed so they could enjoy watching, calling us ‘lesbians’ and describing sexual positions.

"I don’t remember the whole episode, but the word 'scissors' stuck in my mind.

"In an attempt to calm things down, I started making jokes.

"I thought this might make them go away. Chris even pretended she was sick, but they kept on harassing us, throwing us coins and becoming more enthusiastic about it."

Before Melania knew it, Chris was in the middle of the group of males being beaten.

She said: "I went over there only to find her face bleeding and three of them beating her up.

"The next thing I know is I'm being punched.

"I got dizzy at the sight of my blood and fell back. I don’t remember whether or not I lost consciousness.

"Suddenly the bus had stopped, the police were there and I was bleeding all over."

Melania is waiting to find out if her nose was broken in the vile attack.

She said there were at least four of them and one spoke Spanish while the others had a British accent.

The attackers also robbed the couple before fleeing the bus.

Melania, who moved to the UK in February and is on a year's sabbatical from her medical studies, says she felt safe as a gay woman in London and was stunned by the attack.

She released the picture to raise awareness of violence against women and gay people.

Melania said: "What upsets me the most is that violence has become a common thing, that sometimes it's necessary to see a woman bleeding after having been punched to feel some kind of impact.

"I'm tired of being taken as a sexual object, of finding out these situations are usual, of gay friends who were beaten up just because.

"We have to endure verbal harassment and chauvinist, misogynistic and homophobic violence because when you stand up for yourself s**t like this happens.

"I just hope that in June, Pride Month, stuff like this can be spoken out loudly so they stop happening!"

London Mayor Sadiq Khan tweeted: "This was a disgusting, misogynistic attack. Hate crimes against LGBT+ people will not be tolerated in London.

"The Met Police are investigating. If you have any information about this call 101 to report it."

Four male teenagers between the ages of 15 and 18 were arrested in connection with the assault yesterday.

And a fifth suspect was arrested this morning.

A Metropolitan spokesperson said: "The incident happened at approximately 02:30hrs on Thursday, 30 May after the two women, both aged in their 20s, boarded a N31 bus in West Hampstead.

"As they sat on the top deck they were approached by a group of four males who began to make lewd and homophobic comments to them.

"The women were then attacked and punched several times before the males ran off the bus. A phone and bag were stolen during the assault.

"Both women were taken to hospital for treatment to facial injuries."

Anyone who witnessed the incident or who has information that could assist the investigation is asked to contact police on 101 or tweet @MetCC and quote CAD737/30May. 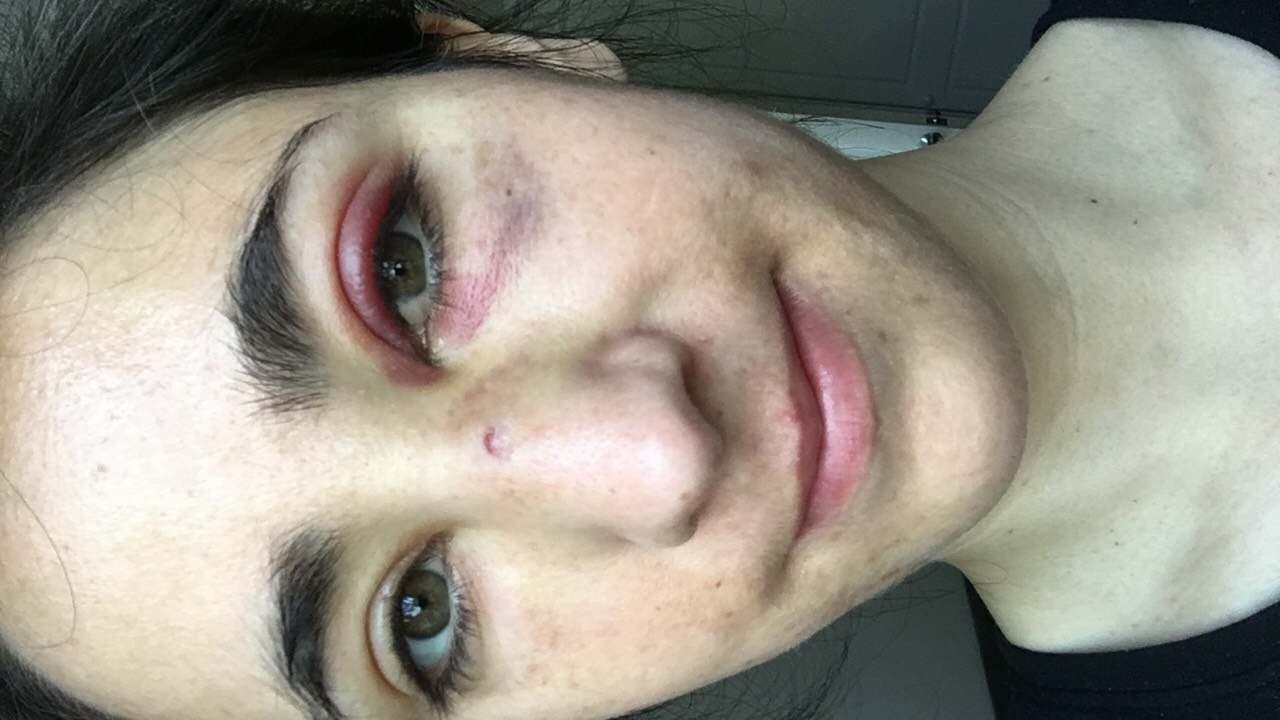 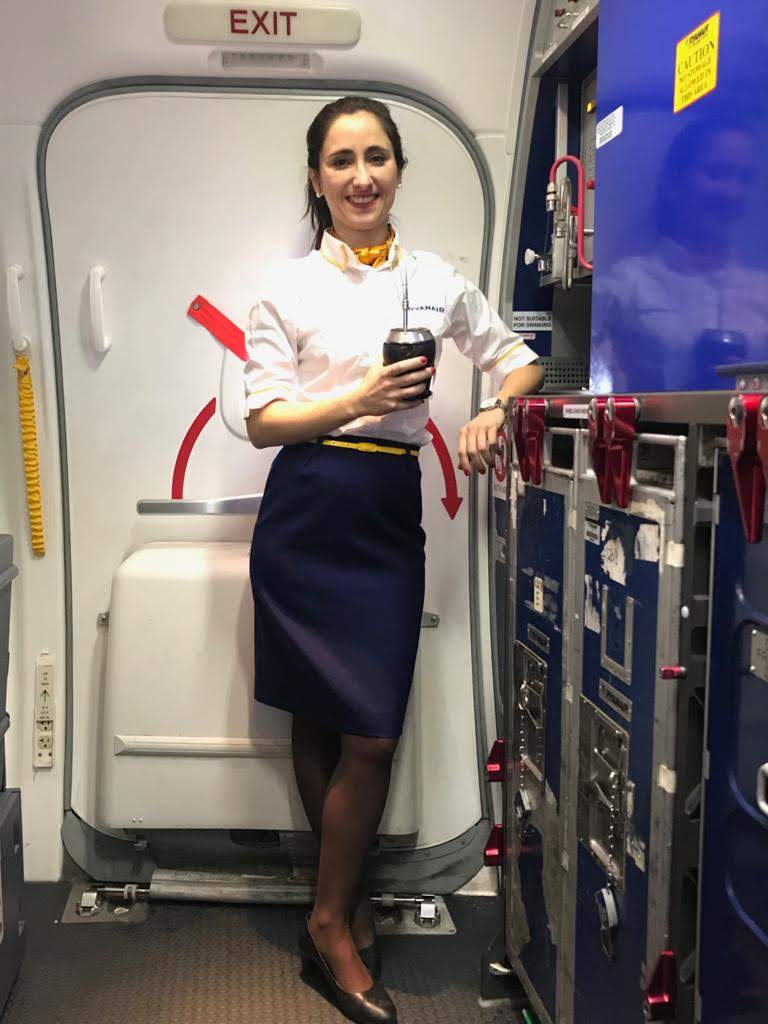 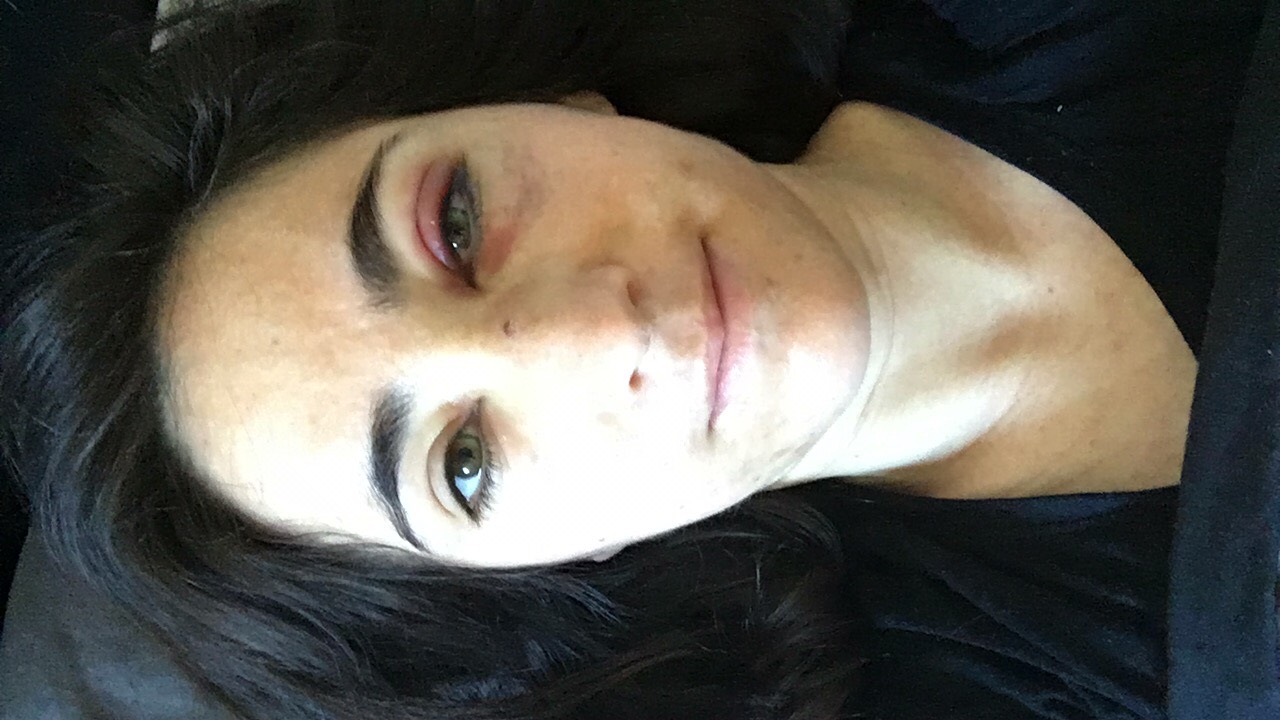