Blow to plan to review all EU laws by the end of next year after 1,400 extra bits of Brussels’ legislation are discovered – but ex-minister Jacob Rees-Mogg insists it should be ‘simple’ to scrap unused laws

The discovery of an extra 1,400 pieces of legislation is threatening the Government’s promise to review all EU laws retained in Britain by the end of 2023, it has emerged.

Ministers have been pursuing plans to assess all EU laws kept on the UK statute book after Brexit with the aim of scrapping those that are no longer considered necessary.

An ongoing Government audit of retained EU law – to identify where Brussels’ rules should be removed, replaced or updated – has so far found more than 2,400 pieces of legislation.

But, according to the Financial Times, there has now been the discovery of 1,400 additional pieces of legislation by the National Archives.

It means Whitehall now faces the prospect of having to trawl through 3,800 retained EU laws.

The newspaper reported that Business Secretary Grant Shapps was keen to slow down the ongoing review of EU legislation after being warned hundreds of extra staff would be needed.

‘We will slow things down to a sane pace,’ an ally of the Cabinet minister said.

But Mr Shapps’ predecessor, Jacob Rees-Mogg, today insisted it would be ‘simple’ to remove extra pieces of legislation uncovered by the National Archives.

He said: ‘These laws are ones departments do not use and were dredged up from the National Archives.

‘Removing them is simple and the fact that they were unknown shows the absurdity of retained EU law. It must go.’ 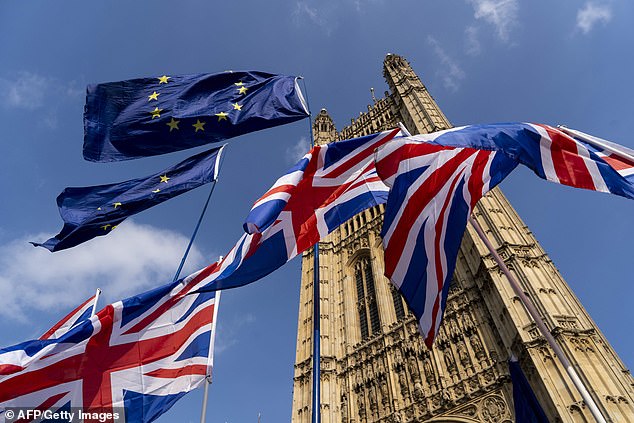 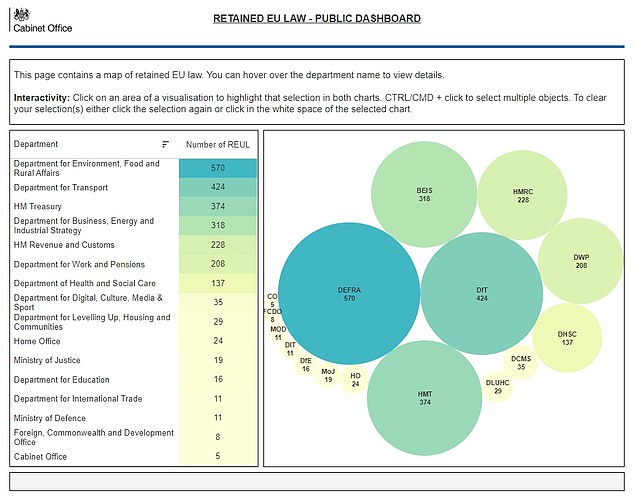 An ongoing Government audit of retained EU law – to identify where Brussels’ rules should be removed, replaced or updated – has so far found more than 2,400 pieces of legislation 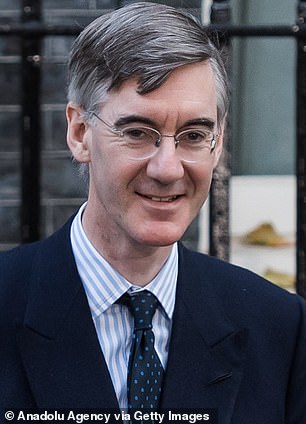 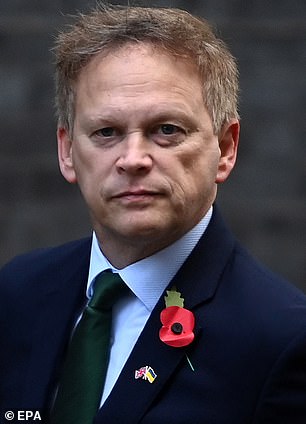 Prior to his departure as business secretary, he had championed the Retained EU Law (Revocation and Reform) Bill, which sets a deadline of 2023 for the work to be completed.

Mr Rees-Mogg has previously described the Bill as being of ‘fundamental constitutional importance’ because it ‘removes the supremacy of EU law’, as well as ‘restoring parliamentary sovereignty’.

Fellow Tory eurosceptic David Jones, a former Brexit minister, warned he would be ‘very unhappy’ if there was a delay to completing the review of retained EU laws by the end of 2023.

He added he ‘absolutely’ believed the exercise could be completed by then.

But Theresa Villiers, another Tory Brexiteer, has recently expressed fears the ongoing review could overwhelm the civil service as there was ‘an immense amount of work to do’.

It is understood that ministers have yet to verify the 1,400 pieces of additional legislation found by the National Archives, which uses a different method for tracking retained EU laws.

A Government spokesperson said: ‘The Government is committed to taking full advantage of the benefits of Brexit, which is why we are pushing ahead with our Retained EU Law Bill, which will end the special legal status of all retained EU law and allow us to ensure our laws and regulations best fit the needs of the country.

‘The process of identifying and recording EU-derived legislation is an ongoing process, and an essential exercise in accelerating regulatory reform and reclaiming the UK statute book.

‘The Government’s record of legislation will be refined over time, as more retained EU legislation is repealed, replaced, or identified.’