‘If I don’t win, you’re going to see a crash like you’ve never seen before’: Donald Trump predicts stock market hell if he losses in November but says Bernie Sanders nomination could keep things calm

Donald Trump told a business leader roundtable in New Delhi on Tuesday that, if he loses re-election in November, the stock market will ‘crash like you’ve never seen before.’

‘If I don’t win, you’re going to see a crash like you’ve never seen before,’ he predicted.

The president has made a strong U.S. economy the central platform for his re-election effort but his warning during an event at the American Embassy were some of his harshest words to date.

He also pointed out a Trump victory in November would make be a boon.

‘When we win,’ he said, ‘I think the market’s going to go up like a rocket ship.’ 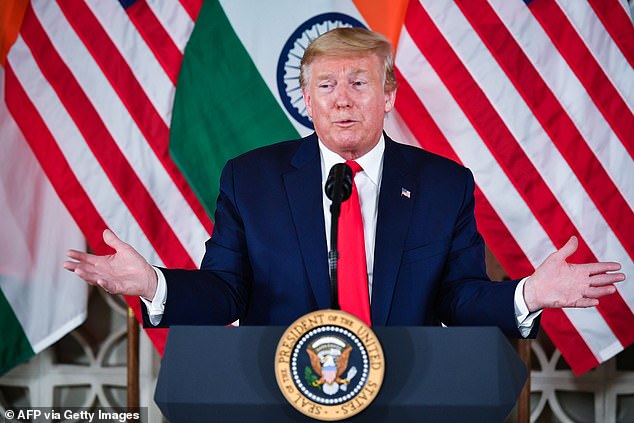 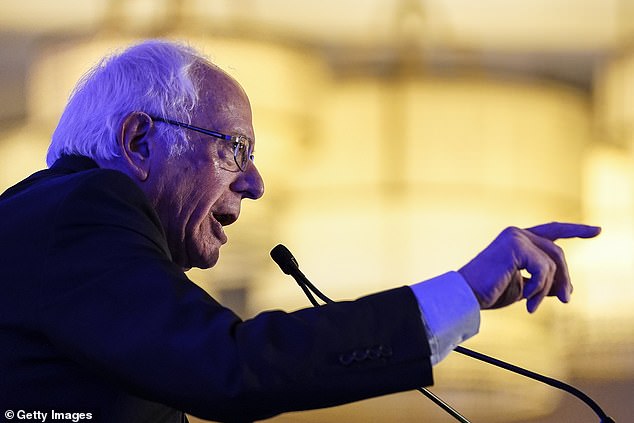 However, he also threw a bone to Democrats when he said that if front runner Bernie Sanders continues to do well and becomes the Democratic nominee, it will ‘keep the markets down’ for a while.

But he also slammed his Democratic competition, claiming voters wouldn’t find any of the contenders inspiring.

‘I don’t think there’s going to be anyone on the other side who’s very inspirational,’ he said.

The Dow plunged 1,000 points on Monday, posting its worse day in two years, amid fears of a spike in cases of the coronavirus.

The president addressed fears of an outbreak, saying: ‘We think we’re in very good shape in the United States.’

But he also warned the market could be volatile over the next few months because of the election.

‘If the wrong person gets elected everything will come to a halt,’ he said, adding that the economy ‘is being held back because we have an election coming up.’

The president is wrapping up a two-day trip to India where he’s commented a few time on the upcoming election in between visits to the Taj Mahal and meetings with Prime Minister Modi.

On Monday, Trump predicted the Democrats’ presidential nominating contest could go all the way to the party’s July nominating convention and argued Bernie Sanders would be the toughest candidate for him to beat.

The president weighed in on his rivals primary contest as he flew to Agra, India, for a visit to the Taj Mahal.

‘It could go to the convention, it really could,’ he said of their race to pick a nominee. 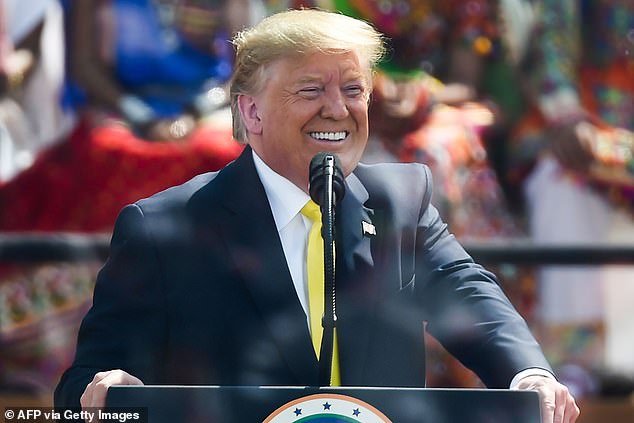 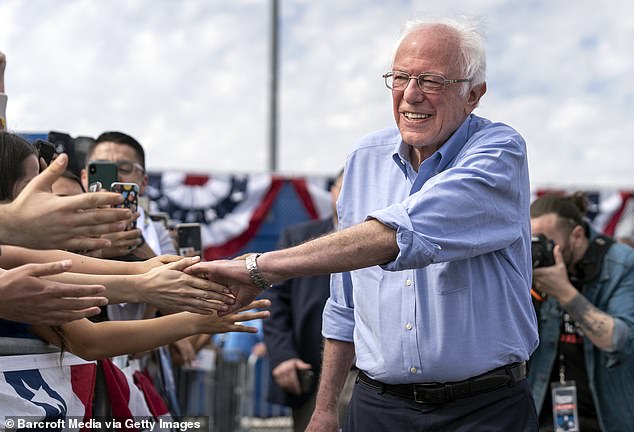 A contender has to win a certain number of delegates in order to win the party’s nomination. If that doesn’t happen, a ‘brokered’ or open party convention would determine who would take on Trump in November.

The Democrats’ last brokered convention was in 1952.

Trump also repeated his prediction Democrats would take the nomination away from Bernie Sanders, who leads the delegate count after winning primary contests in New Hampshire and Nevada.

‘They are going to take it away from Crazy Bernie. They are not going to let him win,’ he said.

Trump, who has dubbed Sanders with the ‘crazy’ moniker, said the Vermont senator would be one of the toughest members of the Democratic field for him to beat.

There is some thought out there that the president and his party wants to see Sanders emerge as the Democratic nominee because his liberal political philosophy would drive away voters in the general election.

‘I actually think he would be tougher than most of the other candidates because he is like me but I have a much bigger base,’ the president said.

There has been concern among Democrats that the party could emerge from the bloody primary process without a firm nominee.

The party faithful have not coalesced around any of the candidates remaining in the field – Sanders, Joe Biden, Pete Buttigieg, Amy Klobuchar or Elizabeth Warren.

The topic came up at last week’s Democratic debate.

“There’s a very good chance none of you are going to have enough delegates to the Democratic National Convention to clinch this nomination,” moderator Chuck Todd said to the candidates. “Should the person with the most delegates at the end of this primary season be the nominee even if they are short of a majority?” 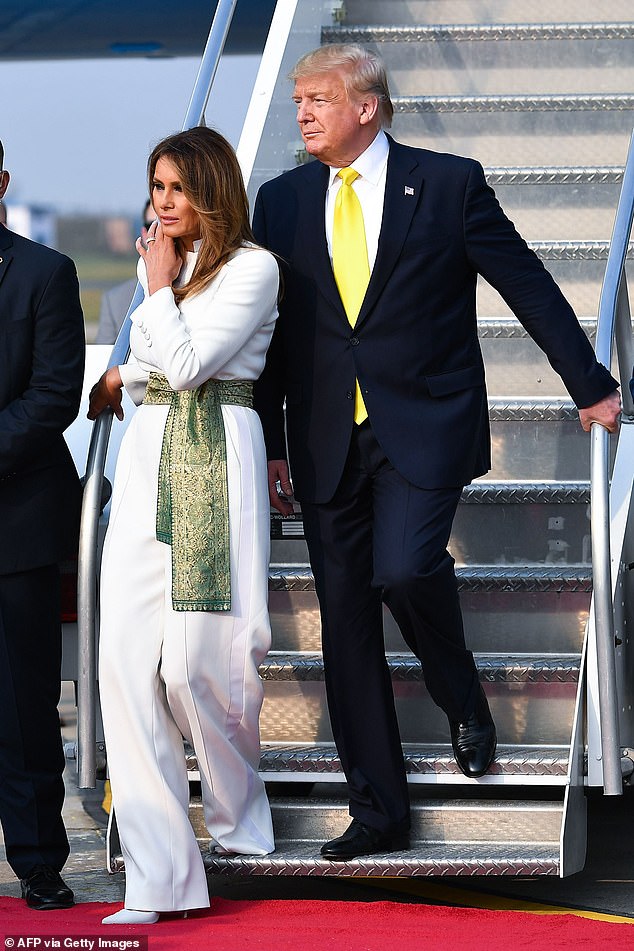 Sanders, who is leading in the delegate count, said yes.

There are a total of 3,979 pledged delegates in the Democratic Party and a candidate has to win a majority of them on the first ballot at the convention to win the nomination.

If not, the deal making starts happening in what is known as a ‘brokered’ convention. Democrats will gather in Milwaukee on July 13.

Trump has pushed a theory Democrats will deny Sanders the nomination.

After the 2016 Democratic primary, Sanders supporters were outraged when it was revealed the party put its weight behind Hillary Clinton to ensure she received the nomination.

Clinton emerged battered from that bloody primary and went on to loose to Trump.

Before he left for India, Trump told reporters he thinks the Democrats are plotting to deprive Sanders the party’s nomination.

‘I think what it could be, the Democrats are treating Bernie Sanders very unfairly,’ Trump said. ‘It sounds like it’s ’16 all over again for Bernie Sanders.’