Beijing: A top Chinese government diplomat says foreigners should not interfere in Cambodia's internal affairs after an election was broadly criticised as being neither free nor fair.

China is Cambodia's most important diplomatic and economic backer. 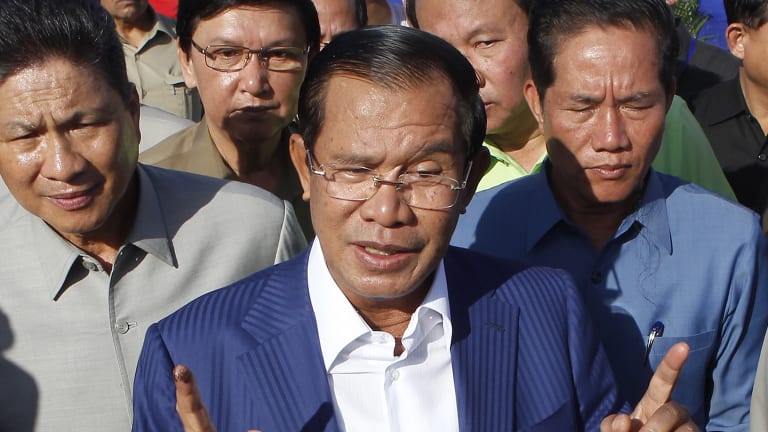 Prime Minister Hun Sen's ruling Cambodian People's Party on Monday said it had won all 125 parliamentary seats up for grabs in a general election a day earlier, a vote heavily criticised by rights groups, the United States and other Western countries.

Chinese State Councillor Wang Yi offered his congratulations for what he said was a "smooth" election, China's Foreign Ministry said in a statement late on Wednesday after Wang met Cambodian Foreign Minister Prak Sokhon on the sidelines of a regional forum in Singapore.

The election result showed the Cambodian people's "affirmation and trust" in the administration of the Cambodian People's Party, Wang said.

"China has always resolutely supported Cambodia's efforts to protect its sovereignty, independence and stability, and opposes any foreign country interfering in Cambodia's internal affairs," the statement cited Wang as saying.

China would continue to provide help to Cambodia to maintain stability and develop, he said.

The Chinese Foreign Ministry quoted Prak Sokhon as saying the election was orderly and transparent and that the Cambodian people had voted for peace, stability and development.

"China is the Cambodian people's closest, most reliable friend," he said, according to the Chinese statement.