Military commanders are allowing drug-taking troops to remain in their regiments because the Army is so desperately short of soldiers, The Mail on Sunday can reveal.

While the Army officially operates a ‘zero tolerance’ policy and kicks out squaddies who abuse substances such as cocaine, defence sources say commanding officers have been forced to adopt a far softer approach.

Those claims are supported by figures suggesting a huge rise in the proportion of troops being given a second chance after failing Compulsory Drug Tests (CDTs).

Informed sources say that, despite the likelihood of being involved in making life or death decisions and operating expensive and lethal military equipment, even repeat drug offenders are being let off. 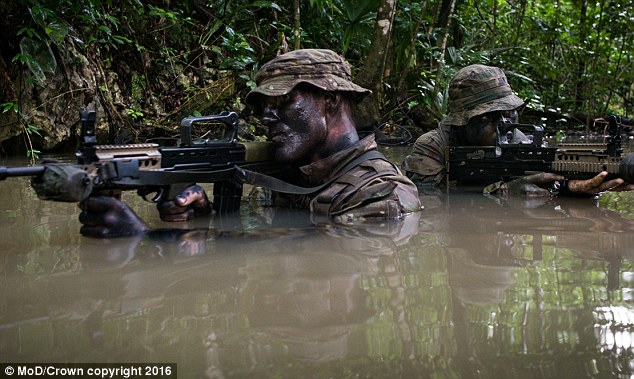 Unlike these two soldiers from 1st Battalion the Irish Guards, some troops have taken drugs. Military chiefs have had to adopt a softer approach amid an Army recruitment crisis

The Mail on Sunday has learned that Royal Military Police officers at one UK base have interviewed the same soldier on three occasions after he failed three CDTs.

For many years, the Army has followed an ‘Exceptional Retention in the Service’ policy to deal with drug abuse.

It allows troops to avoid dismissal, but only if they can prove their case was truly exceptional and meets four clear criteria.

These are that the soldiers should be 25 or under, or be considered inexperienced; that they must hold a junior rank such as private soldier or lance corporal; that they be first-time offenders; and that commanders are confident of reforming their conduct. However, sources say the manpower crisis is so severe that drug-taking troops are being given undeserved reprieves that fail to meet those criteria.

One officer said: ‘In training depots recruits caught taking drugs just have to write a letter saying they’re sorry and they get let off. In regiments, the cases are decided by the Commanding Officer (COs) who are scared of losing soldiers so they’re bending the rules.

‘How many troops get a reprieve is driven by the manning requirements of each unit. Some Airborne and Household Division units still attract enough recruits to allow COs to take a hardline approach against drugs.

‘They’ll kick guys out if they take any category of banned substance or even an illegal bodybuilding supplement.

‘But these COs are in a very fortunate position. Commanders in the rest of the Army can’t afford to lose people so out comes the waiver, especially if the guy is doing an important role which the boss cannot find somebody similarly qualified to carry out.’

Despite a multi-million pound recruitment advertising splurge by the Ministry of Defence, the Army remains a crippling 4,000 soldiers short of its target strength of 82,000. Earlier this year, the National Audit Office warned of the biggest Armed Forces personnel shortfall for a decade, with staff shortages of up to 25 per cent in crucial areas including engineers and intelligence analysts. 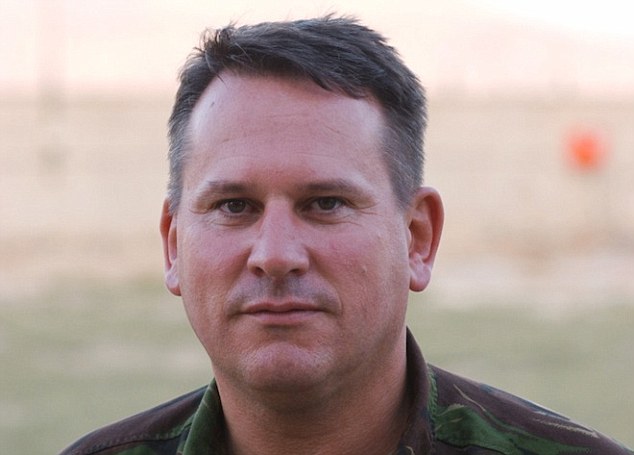 As a result of failing CDTs, 540 troops were kicked out of the Army in 2015, suggesting exceptional retention was activated on 30 occasions – the equivalent of 5.3 per cent of cases. By contrast, only 170 of the 300 troops who failed CDTs in the first six months of last year were given their marching orders – suggesting 43.3 per cent benefited from the exceptional retention provision.

No figures are yet available for 2018, but defence sources predict the use of the waiver will be higher even than last year. Figures for the RAF reveal failed drug tests doubled from 40 to 80 between 2015 and 2016 and CDT fails for the Royal Navy and Royal Marines rose from 30 to 50 over the same period.

‘COs are misusing the waivers to keep up manning levels, but I’m not blaming them for doing so because recruiting and retention in the Army are so bad,’ he said.

‘If the Army got better at recruitment and had the resources to convince soldiers to stay in, COs wouldn’t have to worry about booting out soldiers who take drugs.

‘The reality today is that manning is down and units need to keep enough soldiers to be operationally effective. Drug taking in civilian society is also higher than it was ten years ago. Inevitably this has had an adverse impact on recruits and junior soldiers.’

News of the relaxation of military drug rules comes ten months after documents obtained by The Mail on Sunday revealed how teenage recruits at the Army’s training depots are given second chances if they fail drug tests.

Last night a Ministry of Defence spokesman said: ‘Drug abuse is incompatible with military service and those who fail can expect to be discharged.

‘In a small number of exceptional circumstances, where an uncharacteristic mistake is made by an individual, second chances may be considered.

‘This is a longstanding policy and all service personnel are subject to random Compulsory Drug Testing. Recruitment and retention issues are not considered in determining military drug misuse policy.