Emeritus Professor Cheryl Praeger has been appointed a companion of the order of Australia for service to mathematics and education and as a champion of women in science, engineering, technology and mathematics.

Professor Praeger, a fellow of the Australian Academy of Science, has made major contributions to the mathematics of symmetry – which gives nature its beauty. 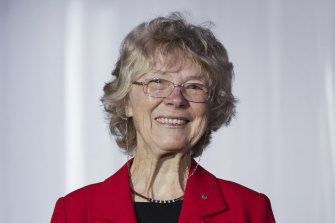 Or, on a larger scale, consider the spherical planets of the solar system. They are compiled, boulder by boulder, by the attractive force of gravity and because gravity is always the same in all directions, they form (largely) symmetrical orbs.

Professor Praeger studies symmetries through a branch of pure mathematics known as group theory, which tries to understand the possible configurations of a connected series of items. A Rubik’s cube is a great example.

“You have these 27 little cubes that move around. They cannot just move completely independently – the corners stay in the corners. And you try to work out, under those constraints, do I have complete freedom to move around the little cubes? Trying to understand what is possible, that’s all part of the symmetry challenge,” she said.

Professor Praeger was born in Toowoomba and spent her childhood travelling from one country town to another.

A career adviser tried to dissuade her from pursuing maths when she finished high school.

“He told me the only job for a mathematician was to be an actuary – and that Queensland already had two so we would not need any more. And so I would not get a job – which terrified my mother, and made me very angry and stubborn.” 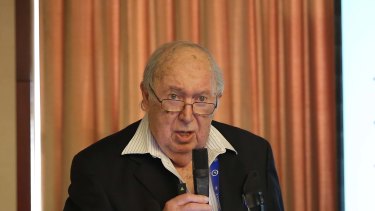 The Australian scientist who helped astronauts identify the challenge posed by lunar dust during the Apollo missions to the moon has been posthumously made an officer of the Order of Australia.

Dr Brian John O’Brien, who passed away last year, landed five experiments on the moon that remain the only published measurements of the movement of fine lunar dust. 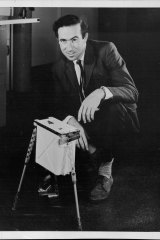 Dr Brian O’Brien in 1970 with equipment related to one of his lunar experiments.Credit:Fairfax Media

Dr O’Brien made a string of contributions to the space race, including working on the first satellite to use digital telemetry and launching a series of rockets and satellites.

However, his most famous experiment, which travelled on Apollos 11 through 15, was perhaps his most simple. A box with solar cells attached fed electricity back to a radio transmitter. As dust accumulated on the cells, the voltage dropped – giving scientists an accurate measure of how fast dust accumulated.

Dr O’Brien helped identify dust as a major problem on the moon. With no gravity, it flies around and will stick to anything. Apollo astronauts described it as the biggest environmental problem they faced. Dr O’Brien spent much of the latter part of his career campaigning for NASA to take the threat seriously.

Dr O’Brien, a father of four and grandfather of nine, passed away on August 7, 2020.