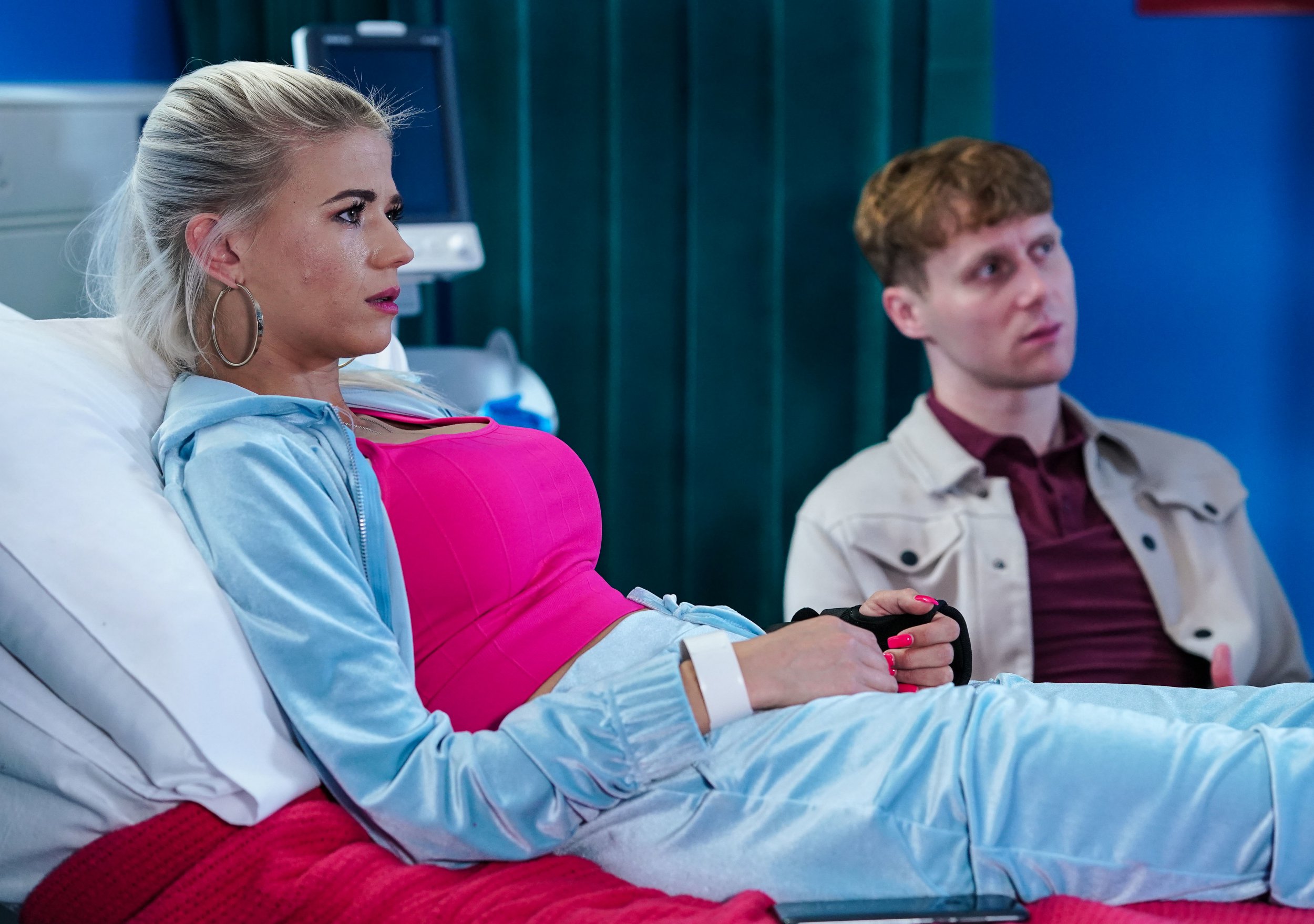 Hard-hitting and emotional scenes on EastEnders have seen popular character Lola Pearce (Danielle Harold) get the devastating news that she has a brain tumour that can’t be cured.

Young mum Lola is facing the fact that she doesn’t have long to live, and the effect this is having on the people who love her is also being explored.

Her boyfriend Jay Brown (Jamie Borthwick) is at the centre of much of this, as he faces the fact that the woman he now realises is his soul-mate is going to die.

Jay and Lola recently reunited after they broke up and each pursued relationships with other people – until it became clear that they were always meant to be together.

‘They’ve got a lot of history, and I do feel that Lola is the one for Jay,’ Jamie says. ‘So, it just made sense that they would get back together at some point.’

Having worked with Danielle Harold on the show for over 10 years, Jamie says that they have a great working relationship.

The storyline has meant that they’ve had to play out scenes which are extremely emotionally intense, and the closeness between them has really helped. ‘I’ve got Danielle’s back, and she’s got my back; we’re extremely close – we’re like brother and sister, and I’m with her every step of the way,’ Jamie says.

‘This isn’t real, thankfully, and we know how to switch off. I come home, and I go out with friends. I do things I enjoy, and I just kind of switch off that way.’

Jamie is glad that the story is being well-received by the show’s fans. ‘In the street, people are saying, “Oh, Lola can’t die! It’s so sad! I don’t know how I’m going to cope when she actually dies!” he says. ‘I’m thinking, “I know! Me neither!”’

If you’ve got a soap or TV story, video or pictures get in touch by emailing us soaps@metro.co.uk – we’d love to hear from you.