Eddie and the Hot Rods frontman Barrie Masters died from a drug overdose, the coroner ruled today after the punk pioneer’s son told a hearing ‘he was our scallywag’.

The 63-year-old was found dead at his home in Great Wakering near Southend-on-Sea in Essex on October 1 last year.

His band, which was formed in Canvey Island in 1975 and came to define the pub rock genre, is best known for its 1977 UK top 10 hit ‘Do Anything You Wanna Do’. 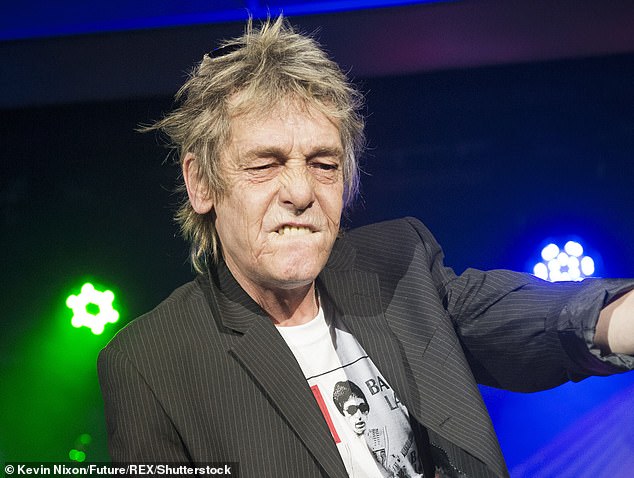 Eddie and the Hot Rods frontman Barrie Masters, pictured above in January 2014 in Skegness, died from a drug overdose, the coroner ruled today

Coroner’s officer Jemma Cook told an inquest in Chelmsford that Masters had a background of heroin misuse, alcohol abuse, emphysema and COPD.

The singer’s medical cause of death was recorded as ‘intoxication by multiple agents’, with police finding no suspicious circumstances.

Detective Inspector Paul Ahmed said a concerned neighbour contacted police on the evening of September 30 as he had not seen Masters for several days.

Officers attended the following morning and they called paramedics and a doctor, but Masters was pronounced dead at the scene at 1.16pm.

He was found with a ‘number of drug-related items’ according to the officer who attended and has since retired from the force, Mr Ahmed said.

Mr Ahmed told Masters’ son and brother, who both attended Friday’s hearing: ‘There was no sign of any forced entry, no sign of a burglary having occurred, it looked like it was dad at home with no third-party involvement.’ 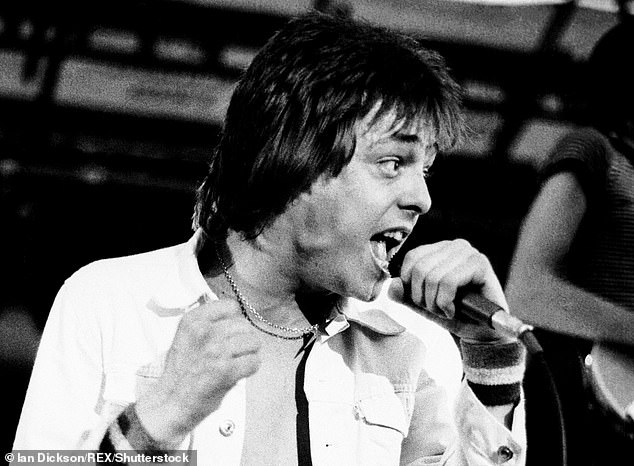 His band, which was formed in Canvey Island in 1975 and came to define the pub rock genre, is best known for its 1977 UK top 10 hit ‘Do Anything You Wanna Do’

Essex’s senior coroner Caroline Beasley-Murray told Masters’ son and brother, who did not give their names at the hearing: ‘I’ve been very interested to read about his career. He was the original singer of the band and he was their only constant member.’

Masters’ son told the hearing: ‘He’s been a scallywag but he was our scallywag. I’ve admiration for him. He lived a fantastic life and that’s the life he lived.’

Asked by Ms Beasley-Murray if Masters had ever said he would take his life, his son replied: ‘No. It wasn’t in his DNA.’

The coroner said: ‘In a situation like this I always commence by considering (a conclusion of) suicide but I would have to be satisfied that he formed the intention, took a deliberate action knowing it would result in his death, but I’m not so I’m not.

‘I’ve then moved on to consider accident but I’m not going to record accident either.

‘I think the straightforward factual way is to record that Barrie Masters died as the result of a drug-related death.’ 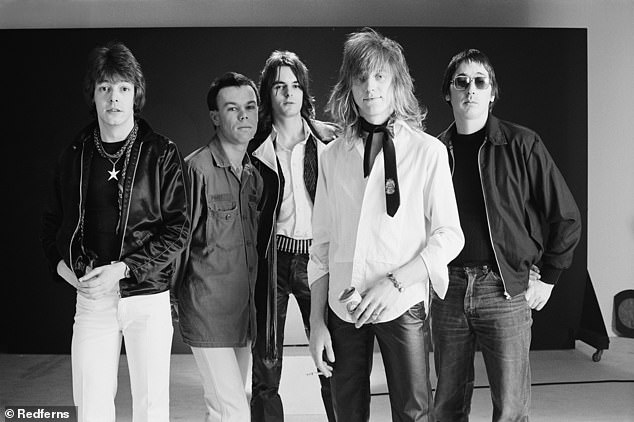 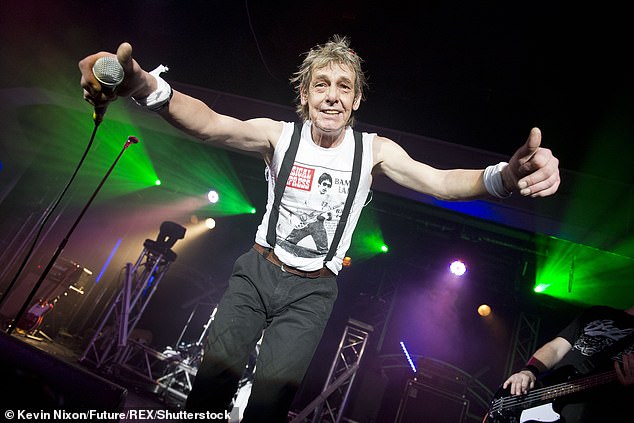 Addressing Masters’ son and brother in court, Ms Beasley-Murray said: ‘Not only have you lost him, but you’ve had the ordeal of sitting here in this inquest and you’ve done that with real dignity.

‘I hope you will look back on the happy memories.’

Masters’ son said: ‘The good times 100 per cent weigh out the bad.’

In February 1977, the NME music magazine named Eddie And The Hot Rods the most promising emergent act of the year, with the Sex Pistols placing sixth.

Eddie And The Hot Rods released eight studio albums and also had top 40 hits with singles Teenage Depression and Quit This Town.