Is this the most feeble ‘crash for cash’ attempt ever? Elderly pedestrian runs towards approaching car and crouches on the road in front of it before strolling off when the plan fails

This is the embarrassing attempt by a pensioner to carry out a ‘crash-for-cash’ scam which fails miserably.

The suspected scammer can be seen rushing to get onto all fours in front of the vehicle which slams its break on in time to avoid hitting her.

Awkward footage of the woman was captured in Dezhou City in East China’s Shandong Province.

A dashcam recording shared by the would-be scam victim shows the vehicle travelling on a narrow road outside the city’s residential district.

Motorbikes and bicycles can be seen clogging up much of the sides of the roads, so the car travels closer to the middle.

Up ahead, the pensioner can be seen looking back towards the car as she walks in the same direction. 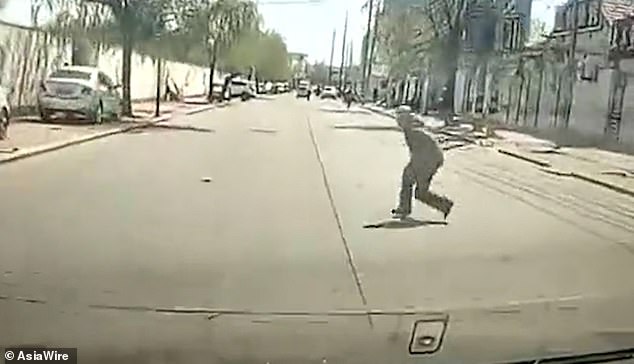 As the car approaches, the pensioner quickly walks into its path on a road near Dezhou City in eastern China 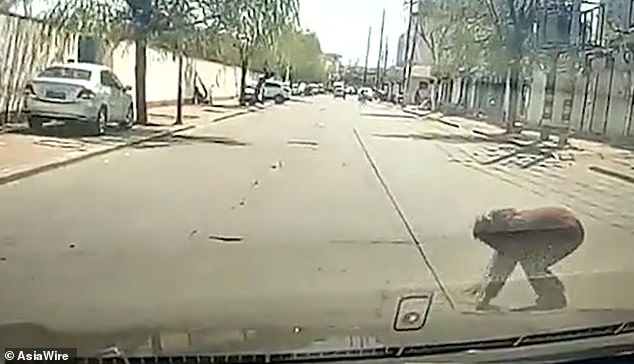 Not as agile they might once have been, the elderly individual has to bend down to get onto the road as she prepares to get hit

The pensioner then begins to slowly walk on the road near the kerb when the car approaches.

Suddenly she takes a dive in front of the vehicle, getting onto her hands and bracing for impact.

But luckily the driver brakes a few feet away from the woman and hoots their car horn at her as she remains on the road. 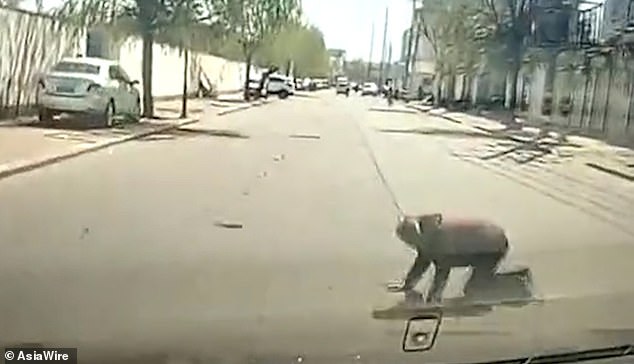 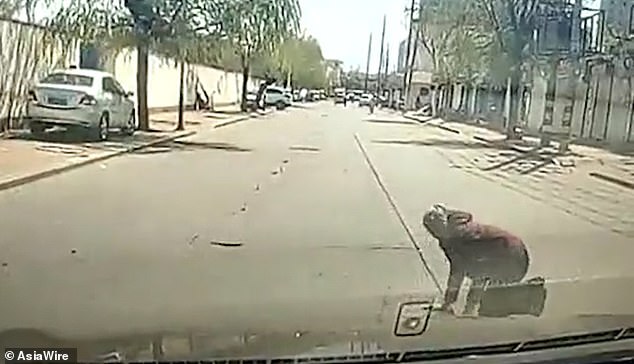 The crash-for-cash suspect then looks at the driver before casually getting up and walking away like nothing had happened.

Having avoided the potentially life changing accident, the driver leaves the scene as the video ends.

The attempted scam, known in China as ‘peng ci’, which is Mandarin for ‘touching porcelain’, is not understood to have been reported to the police.

It involves people deliberately trying to get hit by cars, and then demanding compensation from the drivers.

One social media user ‘Waiwai Lizheng’ said: ‘What would’ve happened if the driver didn’t have a dashcam?’ 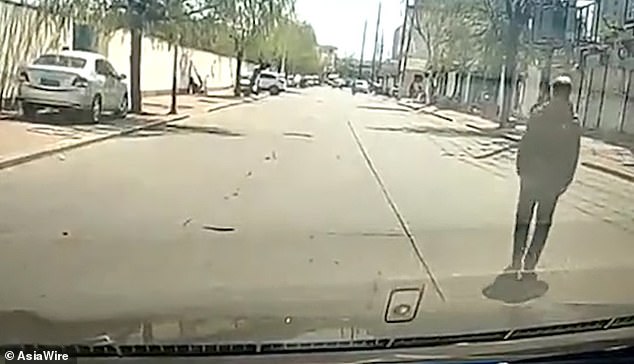 Unsuccessful, the pensioner stands up and begins to walk away down the road as if nothing has happened