Tragic end for a gentle giant: Elephant struggles against its chains before it collapses and dies at Indian national park, prompting allegations of neglect

Elephant handlers in India have accused authorities of neglect after video footage emerged showing a working animal collapsing and dying.

Mahouts, or handlers, told local news media that they could see the 37-year-old male elephant, identified in reports by the name Drona, was unwell, but their calls for a vet went unanswered.

The heartbreaking video was captured on April 26 at the Nagarahole National Park in the southwestern state of Karanatka.

Men are seen bathing the shivering beast of burden, which heaves on its chains with its foot and trunk.

The elephant then collapses under its four-ton weight and falls onto its left side.

Drona won fame in 2017 and 2018 when he carried the golden howdah, or platfrom, in processions to mark the Hindu religious festival of Dasara in the city of Mysuru. 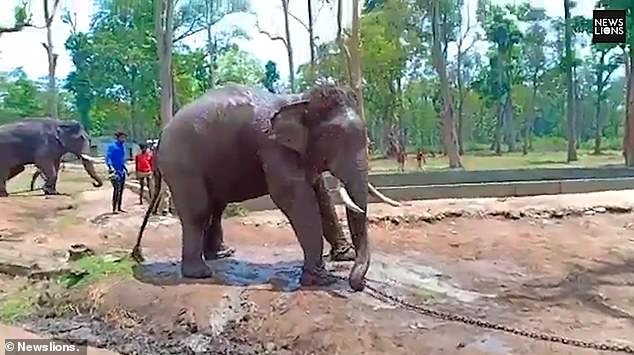 The sick elephant, identified by the name Drona, tugs at his chains moments before collapsing 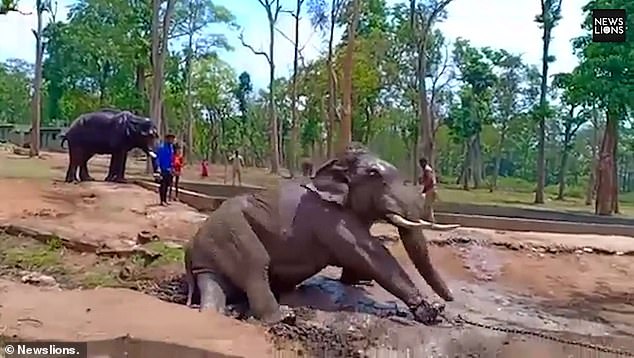 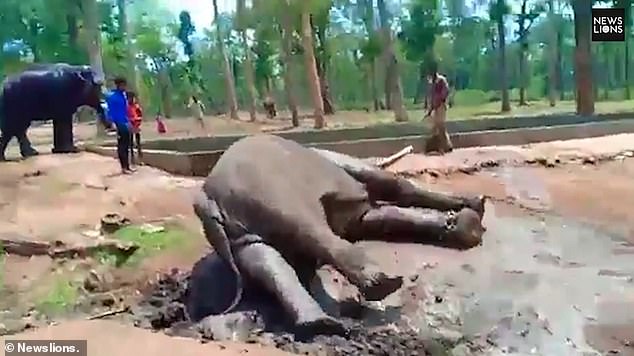 The dying elephant lies where he fell. Handlers said they asked for vetinary care but no help came