Schools across England are facing a ‘severe shortage’ of teachers, according to a leading education authority.

The Education Policy Institute (EPI) added bigger class sizes in England were increasing pressure on teachers, who are increasingly teaching subjects without a relevant degree.

The independent think tank made the announcement ahead of the new school year – as schools the length and breadth of England face the same set of problems on recruitment and staff satisfaction.

Pay-rises are one way which the think tank recommends attracting and keeping staff and also attracting new teachers into the profession. 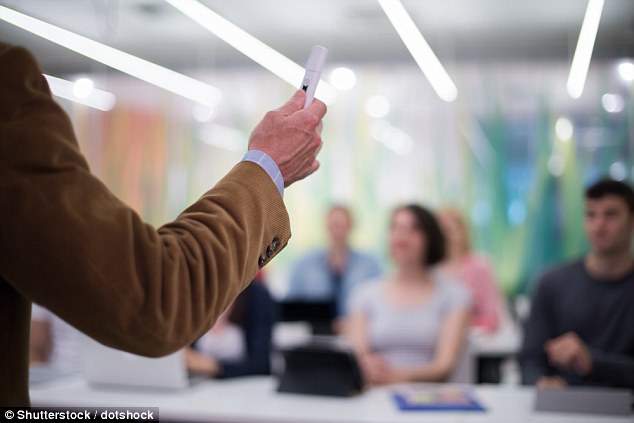 David Laws, a former education minister and the the chairman of the EPI, said the ‘government faces a significant challenge to recruit enough teachers – particularly in subjects such as maths and sciences’.

He added: ‘It must already be a concern that as little as half of GCSE maths teachers have a maths or sciences degree.

‘Of particular concern is the unequal access to subject-qualified teachers for more disadvantaged schools outside London.’

The think tank also warns that a lack of staff has worsened the teacher-pupil ratio. In 2010, the ratio was 15.5 pupils per teacher but that has risen to 17 in 2018.

Maths and science subjects are particularly difficult subjects from which to recruit graduates, who are often lured by better paid jobs in other careers.

Half of maths and physics teachers were leaving their careers after just five years, the EPI found.

The report highlights the wealth gap in access to well-qualified staff, particularly outside the capital.

In poorer areas outside of London, just 17 per cent of physics teachers have a relevant degree, in comparison to 52 per cent in affluent areas in the rest of the country.

London and the south-east of England, and Bath, north-east Somerset, Rochdale and Darlington are among the areas with the highest levels of teachers with a degree in their specialist subject.

Portsmouth, Hampshire, Newham, Barnsley and Doncaster are among the areas with the lowest number of teachers with a relevant degree in the subject they are teaching.

There have been calls for ‘salary supplements’ in subjects with staff shortages after recruitment targets for teaching have been missed for the past five years. 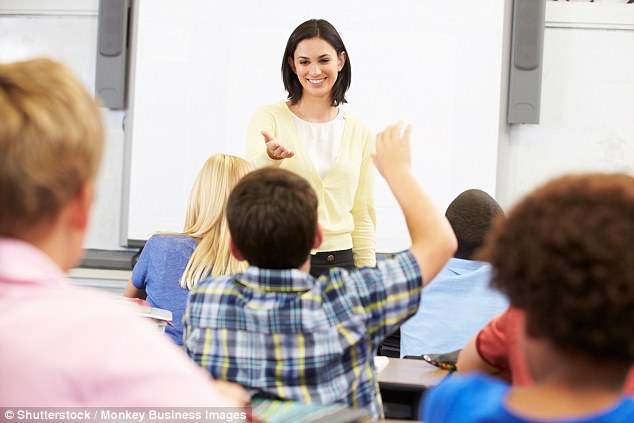 In poorer areas outside of London, just 17 per cent of physics teachers have a relevant degree, in comparison to 52 per cent in affluent areas in the rest of the country (stock image)

Report author Luke Sibieta said: ‘The government should roll out a more ambitious scheme which offers incentives to teachers in a greater number of shortage subjects, covering more areas.’

Yet Geoff Barton, leader of the ASCL head teachers’ union, has called for a 3.5 per cent pay rise for all teachers.

Education Secretary Damian Hinds has been trying to push for a recruitment drive to help bolster numbers of staff in schools.

He has also pledged to cut teachers’ workload to help make teaching a more attractive career, as well as removing bureaucracy or excessive accountability.

A spokesman for the Department for Education said: ‘The education secretary has been clear that there are no great schools without great teachers and his top priority is to make sure teaching remains an attractive and fulfilling profession.

‘We recently announced a fully-funded pay rise for classroom teachers and we are working with school leaders and unions on a strategy to drive recruitment and boost retention of teachers and strip away unnecessary workload.’