Cat’ll show the boys! Evie the female Cabinet Office feline is given a promotion and made the new face of the Equalities Unit, to rival Palmerston Larry and Gladstone

Her male colleagues may get the limelight, but one female member of the government has been given a much deserved promotion, balancing out the gender balance.

After quietly getting on with her work, Evie the Cabinet Office cat is now in the spotlight as she becomes the new face of the Equalities Unit.

A picture of Evie, who moved into the department earlier this year, was shared on the Cabinet Officers official website. 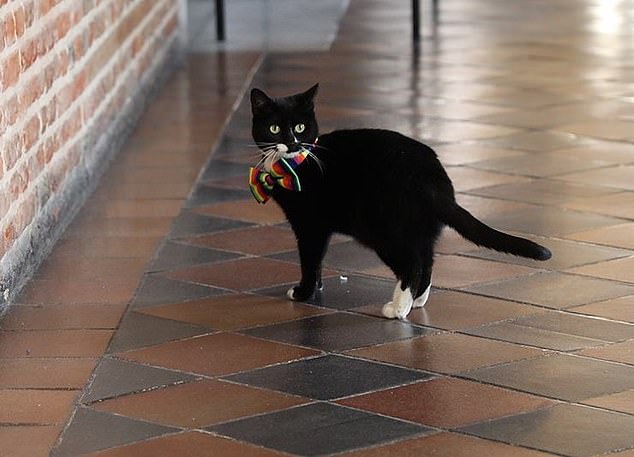 Evie has been promoted to the Equalities Unit after doing a fantastic job in her previous role. She has gone under the radar, partly due to the high profile coverage Larry and Palmerston have received for their very public feuds.

Penny Mordaunt, International Development Secretary, took the decision to raise Evie’s profile. The MP is also in charge of the women and equalties unit.

Evie arrived in November 2016 from the Celia Hammond Animal Trust, along with her son Ossie and is Whitehall’s only female mouser. 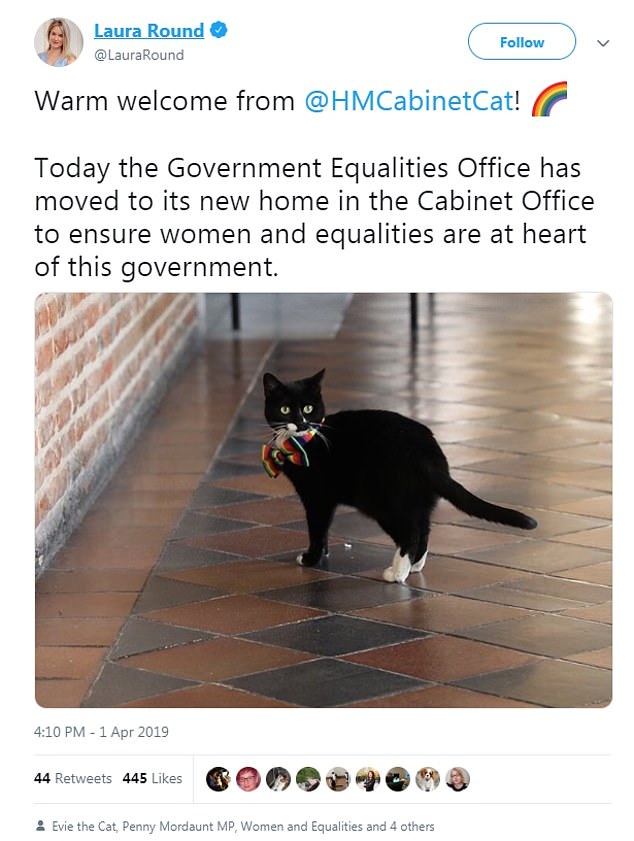 Her more famous colleagues have hogged the spotlight recently, with Larry and Palmerston.

Larry lives next door at Downing Street, while Palmerston lives at the nearby Foreign and Commonwealth Office.

They have been living out a very public feud in the last year, with spectacular fights to compete with top bill MMA fights. 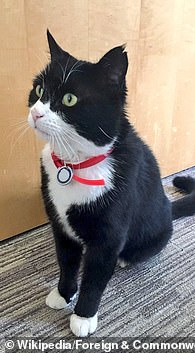 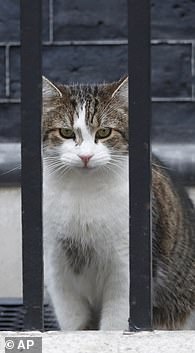 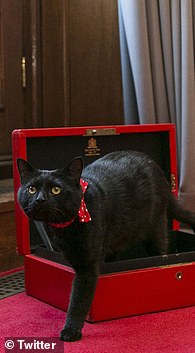 (Left) Palmerstone and (right) Larry have been involved in a very public feud, resulting them in being split up. They are the two more popular parliament pets in recent years. Larry has gained fame and even has over 200,000 followers on Twitter.  Gladstone has been working in Whitehall but has recieved much less publicity than Larry or Palmerstone

Meanwhile, Evie has kept a low profile, getting on with keeping the mouse population down.

Larry has become an international TV sensation because of updates from outside Downing Street. He has 245,000 Twitter followers while Palmerstone has 81,300.

Evie has yet to reach those heights, amassing only 35,700 followers on her Twitter account, but that could soar with her new found fame.

Another cat who resides in cabinet is Gladstone. He is Cheif Mouser at the HM Treasury at Whitehall and assumed the position in 2016.

A look back at the feline residents of Downing Street