‘Evil’ neighbour from hell, 72, who threatened couple with knives, hurled dog mess at them and tried to poison their CATS avoids jail 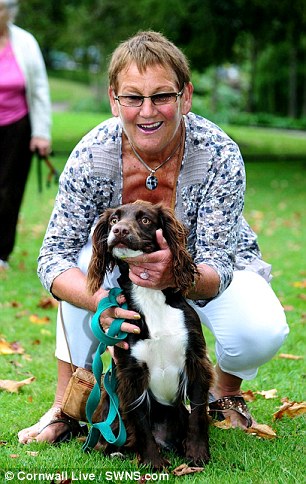 Barbera Minns, 72, was convicted of harassing her neighbours

An ‘evil’ pensioner threw dog mess at her neighbours and tried to kill their cat during a violent campaign of harassment.

Barbera Minns, 72, sprayed her hose into Adele Richards and Gary Authers’s bathroom and back garden.

She also threw stones at their cars, threatened them with knives and said she would decapitate Adele.

The neighbour from hell even planted rat poison by the couple’s cat flap when they went on holiday.

Minns, of Falmouth, Cornwall, was given a 36-week prison sentence, suspended for two years, at Cornwall Magistrates’ Court and was handed a restraining order.

Now Adele and Gary, who describe Minn as ‘evil’, have revealed the horror of living next door to her.

The couple say she hurled dog faeces into their back garden and if Adele, 45, sat down outside, Minn would shriek ‘f***ing bitch’ and spray her with a hose.

She regularly stared into their property and once told Adele: ‘I’ll cut your bloody head off’.

The attacks were so frequent and terrifying that Gary and Adele kept a ‘harassment diary’ to present to police.

They also installed CCTV to record the shocking behaviour.

Bizarrely, Adele said that for a period of time she got on with Minns, walking her dog and helping her with jobs.

But in August last year their relationship turned sour.

Gary said: ‘It was August bank holiday and I went bike racing. She came around and started talking to Adele and asked her what she was doing today.

‘Adele said she didn’t know but then her mum and stepdad turned up and said they had tickets for a boat trip.

‘Minns then snapped and said to Adele “you said you weren’t doing anything, we could have went somewhere” before phoning up and calling her a b***h.

‘She then said to me “your girlfriend is a wh*re and a f***ing liar” and that night sticks were thrown over the wall and the wipers pulled off the car.

‘It all went from there.’ 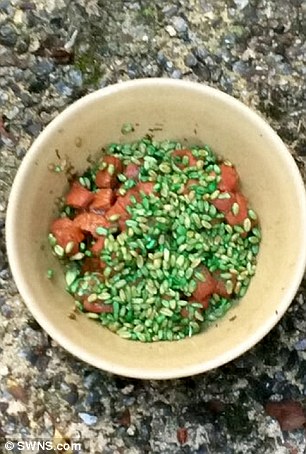 Poison left beside Adele Richards and Gary Authers’s cat flap when they went on holiday. Another neighbour rang them and warned them it was there

Gary said he was putting out the recycling one day and Minns came out and shouted ‘you’re going to get it’ and ‘I’m going to make you pay’.

After he went back inside the house, he checked the CCTV footage and said he saw her kneeling down slashing his tyres with a knife in a drunken rampage.

Adele was present when Minns was arrested for drink driving after hitting numerous cars and only coming to a halt when her car suffered a flat tyre.

‘The pizza delivery man took her keys and she saw me and was trying to get at me in my car,’ said Adele.

‘Someone then pulled her away, held her up and she peed down his leg. She then came at me throwing her arms around.’

A neighbour alerted the couple to the poison left by their cat flap. They are now too scared to go on holiday or let their cats out of the house.

Adele said: ‘It really has been hell. It’s been stressful, I’ve been pulling my hair out and have lost weight.

‘We haven’t been on holiday as we’re too scared to leave the cats and I’m afraid to park the car in the space I own outside the house as she’s already damaged our cars and slashed tyres a number of times.

‘We don’t feel safe in our own home and I can’t move because we have to let the estate agent know about the problems and, as a result, the house wouldn’t sell.

‘I don’t think a restraining order and suspended sentence will stop her. She regularly says my name and utters threats under her breath.

‘I just want it to be the end of it now and to have a peaceful life knowing us and our pets are safe.’ 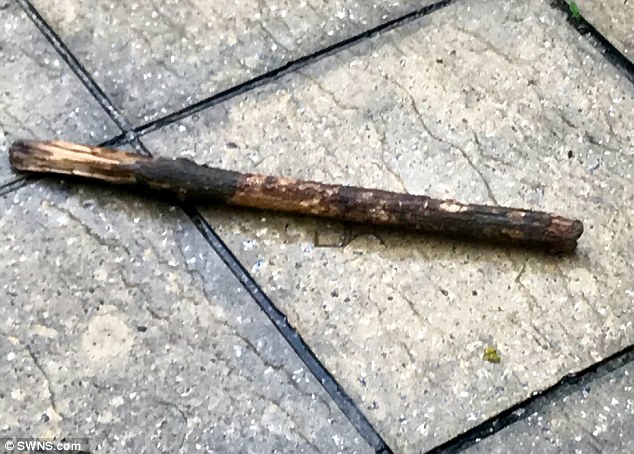 At her court hearing, Minns admitted:

As well as the suspended sentence, Minns was made the subject of a restraining order preventing her from contacting Adele and Gary or entering their property.

She was also banned from driving for five years.

Commenting on the case, Minns said: ‘It is the biggest load of rubbish. I’m in total shock.

‘I’m a 72-year-old who is five foot tall with ME and have had three major ops in 18 months.

‘I’m completely shocked to the ground. I don’t know why you’ve have had to ring a 72-year-old who lives on her own.

‘I’ve been bullied. Anybody who knows me knows I’m nothing like that.

‘She claims that she was the victim and went around telling all her neighbours that we were saying things about them.

‘We haven’t done anything wrong and just want everyone to know that now she has the conviction to prove she’s been behaving in that way.’