James Matthews, 43, pictured leaving the Old Bailey today, was today cleared of all charges against him

A British ex-soldier accused of attending terrorist training camps run by militia fighting against Islamic State has today had charges against him dropped.

James Matthews, 43, from Dalston, east London, was charged with receiving instruction or training in Iraq and Syria on or before February 15 2016 ‘for purposes connected to the commission of preparation of terrorism’.

He had been due to face trial at the Old Bailey in November.

But at a hearing before Mr Justice Edis, prosecutor Tom Little QC announced the Crown had concluded there was no longer a realistic prospect of conviction on ‘evidential grounds’.

Mr Matthews entered a formal not guilty plea and the prosecution offered no evidence so a not guilty verdict was entered by the judge.

He was accused of joining the People’s Protection Units (YPG) in 2015, serving three tours with the Kurdish militia group, specialising in clearing mines and booby-traps.

The YPG is linked to the PKK separatist group which is proscribed in the UK.

The case was believed to be the first where terrorist charges have been brought for fighting against ISIS.

Matthews served with the British Army in Bosnia during the 90s and was featured in The Brits Battling Isis, a Channel 4 documentary about Britons fighting alongside Kurdish forces.

Mr Little defended the decision to bring the charge and stressed the review was based on further evidence ‘specific’ to the case.

He said: ‘We have always said the decision to prosecute Mr Matthews for fighting with the YPG against Isis was extraordinary and totally unjustified. 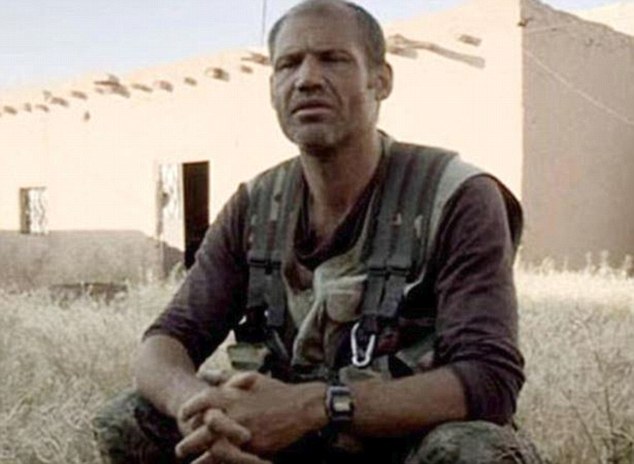 Mr Matthews, pictured here in an undated photo, entered a formal not guilty plea and the prosecution offered no evidence so a not guilty verdict was entered by the judge 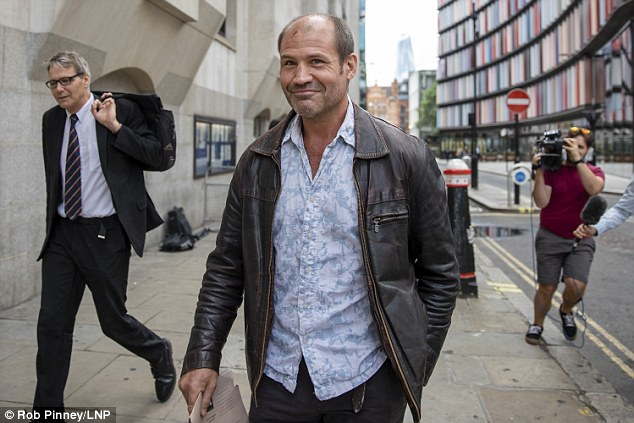 Lawyers for Mr Matthews, seen here leaving the Old Bailey after a not guilty verdict was recorded, said he was ‘happy’ his ordeal had come to an end

‘Mr Matthews is happy this has now come to an end.

‘Mr Matthews was always open about what he had done and it is baffling that the CPS (Crown Prosecution Service) took two years to decide to prosecute him, then seven months later they have suddenly realised there is not enough evidence to do so.

‘After two-and-a-half years, we suggest Mr Matthews is entitled to a full and proper explanation of what has happened here and invite the court to direct that should be done.’

Mr Justice Edis said: ‘The Attorney General is ultimately responsible and is accountable to Parliament for his function and I’m not sure the court ought to become embroiled in that.’

Mr Matthews sat in the well of the court as he was formally cleared of wrongdoing.

Originally from Stoke-on-Trent, Mr Matthews was a signatory of an ‘open letter from British YPG fighters on London attacks’ posted on a Kurdish news website in March 2017.

In it they urged people not to give in to extremism of any kind following the attacks in Westminster, London Bridge and Manchester.

He had returned to the UK in early February to attend the funeral of Jac Holmes, a fellow British volunteer fighting with the Kurds who was killed in Raqqa in late 2017.

Mr Bennathan earlier told the court: ‘The timeframe this case relates to is when the group commonly known as Isis were invading large sections of Syria and Iraq, beheading hostages and launching a campaign of rape. 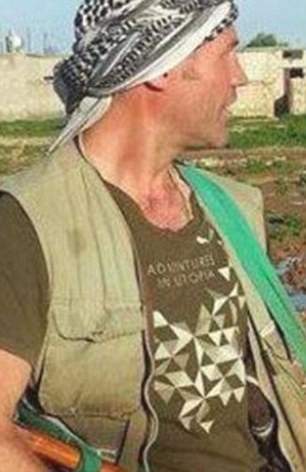 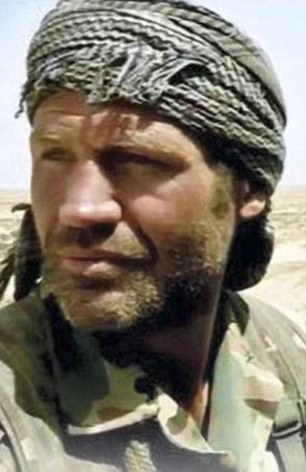 Matthews served with the British Army in Bosnia during the 90s and was featured in The Brits Battling Isis, a Channel 4 documentary about Britons fighting alongside Kurdish forces

‘The group at the time with which Mr Matthews is being associated was being supported by the British government.’

Matthews earlier said he was ‘jolted’ to join the fight against Isis after seeing a photograph of a jihadi holding a woman’s severed head on Facebook.

Birnberg Peirce Solicitors, represenitng Mr Matthews, released a statement today questioning whether arms sales to the Turkish government may have had an impact on the Attorney General’s decision to prosecute Matthews.

The statement claims there was never a ‘credible case’ to be made against Matthews for fighting against ISIS in the middle-east alongside an organisation which was, at the time, a ‘politically necessary’ ally of the British government.

The full statement reads: ‘Jim Matthews was arrested two years and five months ago, after returning from assisting the Kurdish population of Rojava and western coalition forces against the onslaught of ISIS.

‘He was accused of attending a terrorist training camp organised by the YPG, an entirely lawful Kurdish organisation.

‘After two years the Crown Prosecution Service decided there was sufficient evidence to prosecute him and that it was in the public interest to do so.

‘Seven months later, they now say they have discovered new evidence that has led them to drop the case.

‘They have refused to explain what that new evidence is and why it has taken three years to find.

‘The High Court Judge hearing the case has indicated that it is now a matter for the Attorney General to explain to Parliament.

‘We urge him to do so as a matter of urgency.

‘There was never a credible case of terrorism to be made against Mr Matthews, either factually, morally or legally.

‘When Jim was arrested the YPG was a politically necessary ally of the UK.

‘By the time of charge it was not.

‘The political calculations had changed as the YPG had by then all but defeated ISIS.

‘Turkey, an avowed opponent of the YPG and any signs of a Kurdish independence movement, is an important market for British arms sales, perhaps ever more important in the current political climate.

‘Was this the reason why the Attorney General decided that an otherwise implausible prosecution be brought?

‘After the stress and anxiety of two years waiting followed by seven months on bail and numerous court appearances, Jim Matthews is entitled to an answer.’

When asked to comment on the case being dropped, a CPS spokesperson echoed Mr Little’s comments that there wasn’t a ‘realistic prospect of conviction’ after new evidence in Matthews’ case came to light.

The spokesperson said: ‘All cases are kept under review.

‘As a result of new evidence, specific to this case, we have concluded there is no longer a realistic prospect of conviction in this matter.

‘As such, the prosecution offered no evidence against James Matthews.

‘The proceedings against him have now come to an end.’