Hats off to Ascot! Racegoers shade themselves from the sun at royal race meeting with an extraordinary selection of stunning headgear

Racegoers are certainly out to impress in a dazzling array of dresses and head gear as Royal Ascot enters its final day, with temperatures of up to nearly 72F expected.

It might as well have been Ladies Day all over again as the woman arriving earlier today took centre stage at the renowned five-day Berkshire meet.

Champagne flutes, Pimms glasses and picturesque picnics have been the flavour of the day so far as racing fans from as far away as Ghana and Turkey have exhibited their classy get ups as the countdown to the first race gets underway.

The highlight of the day – other than the summery weather –  will be the Group 1 Diamond Jubilee Stakes, one of the world’s great international sprint races.

The event is sold out as people flock to the course in Berkshire for their chance to bag a winner, with the first race underway at 2.30 pm.

The going on the ground is ‘good’ and it seems to be likewise for the revellers who have been arriving since the gates swung open this morning.

One woman was pictured arriving in a Union Jack-inspired dress while others turned on the style by arriving in a classy horse-drawn carriage. 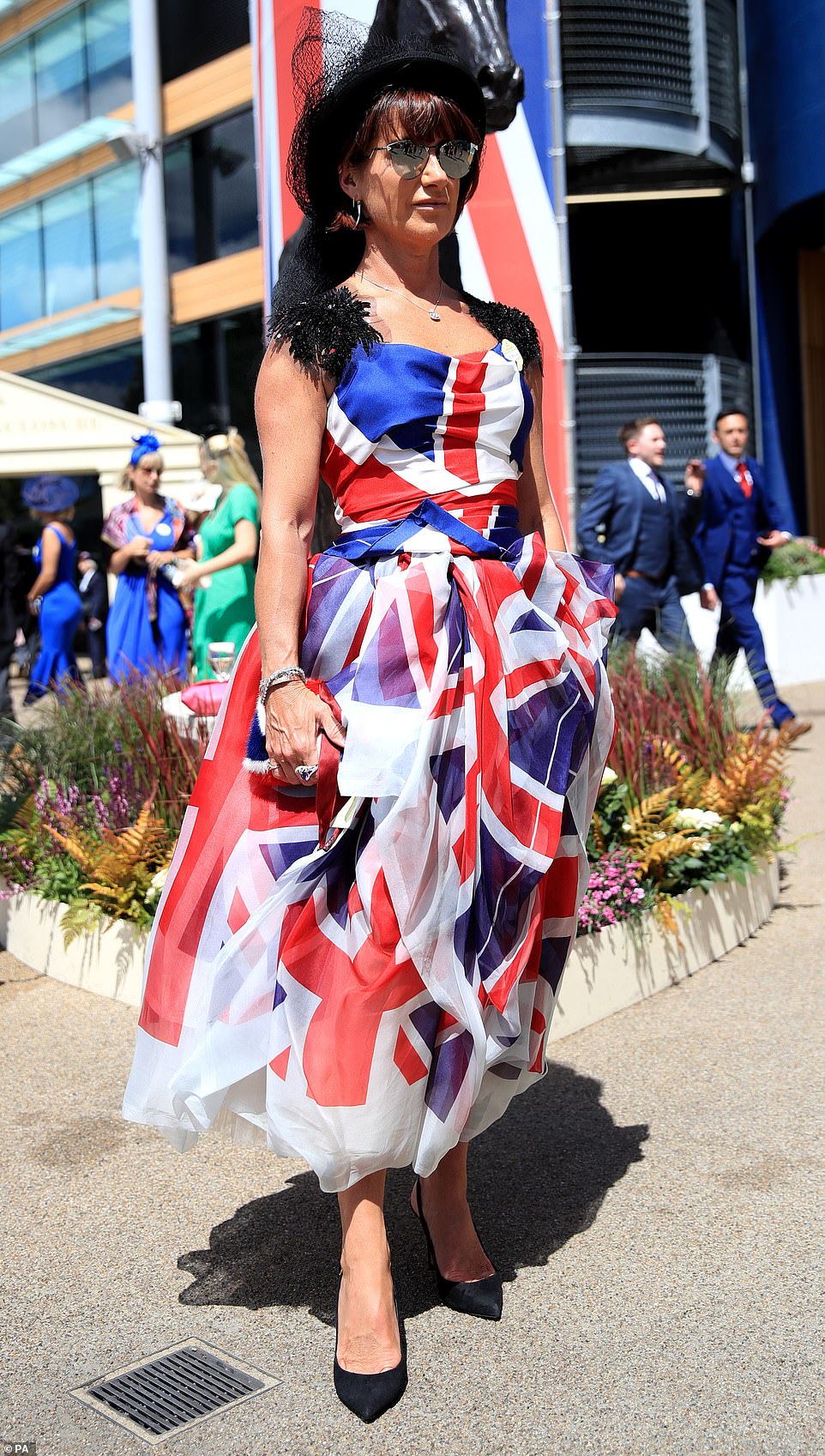 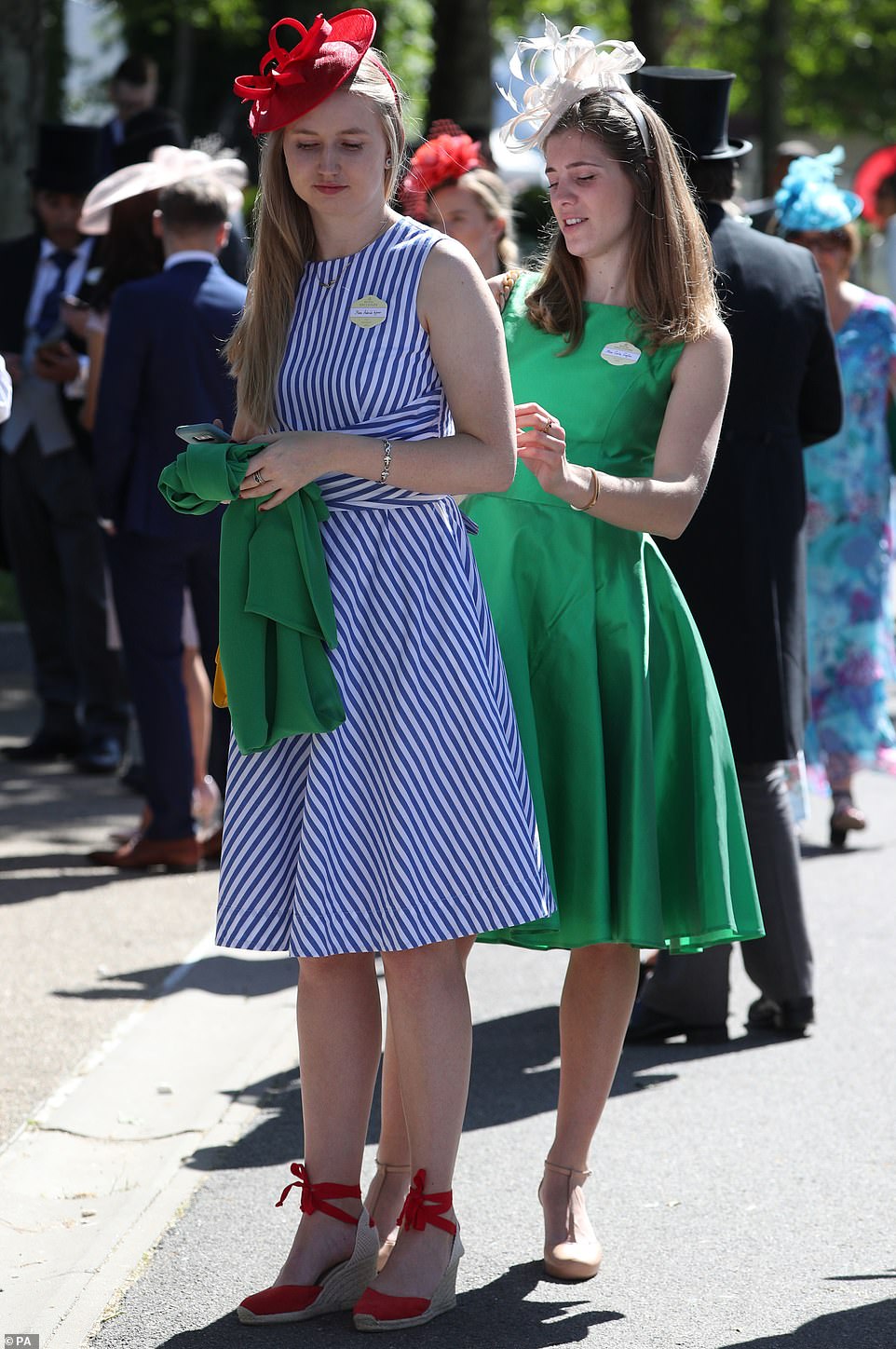 With a little help from my friend! Astrid Kjera (left) enlists the help of fellow Londoner Carla Foglia as they prepare for day five