A fascinating photo album has come to light to reveal how World War One pilots entertained themselves when they were off duty.

When the brave men of the Royal Flying Corps Home Squadron were not risking their lives defending Britain’s skies, they had to find other ways to pass the time.

Some pilots amused themselves by driving around the aerodromes in Suffolk and Norfolk in sidecars while one pilot kept himself entertained by playing the piano. 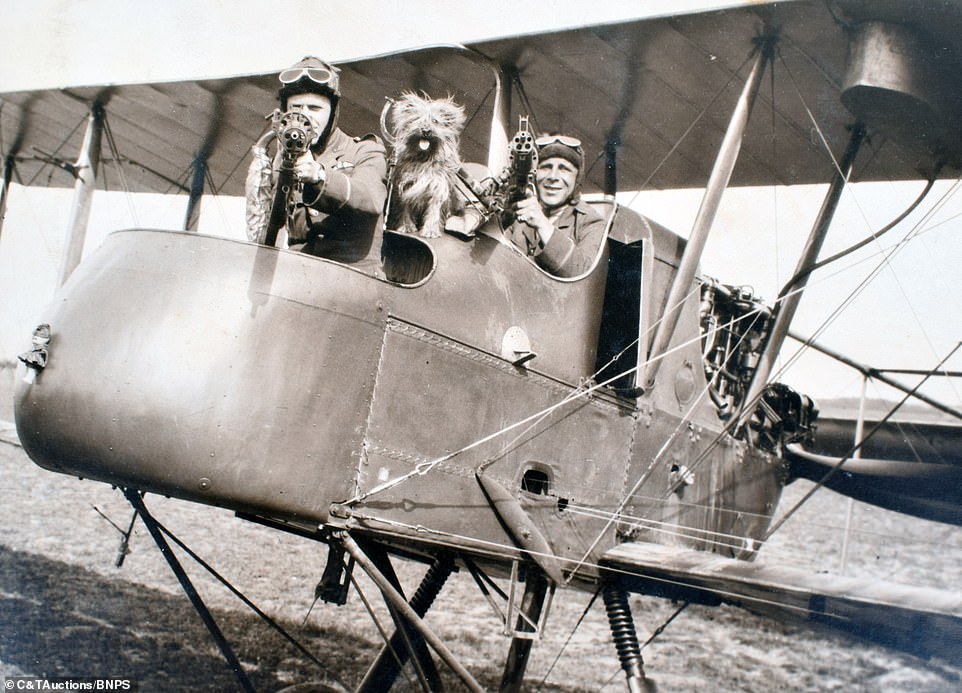 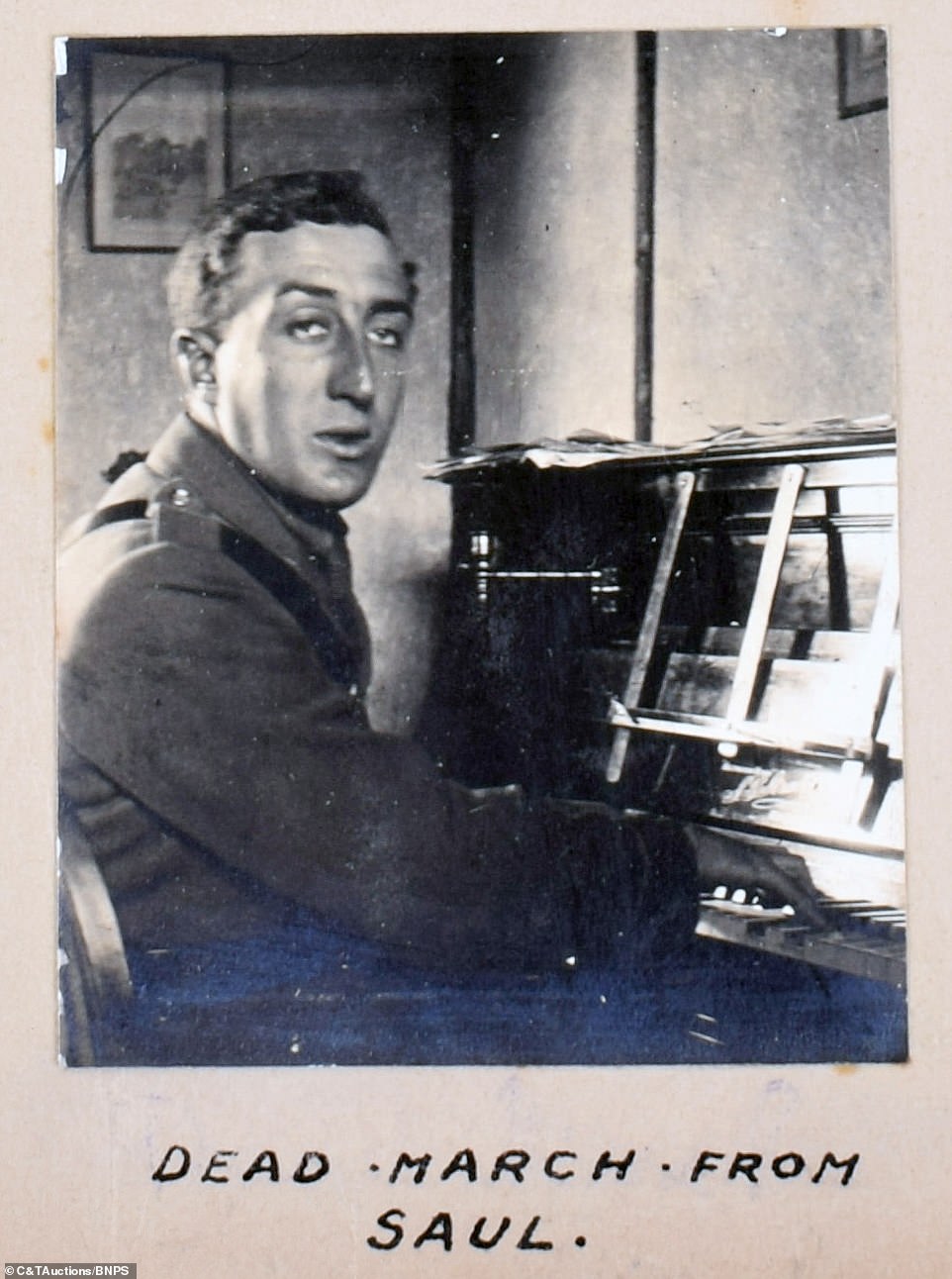 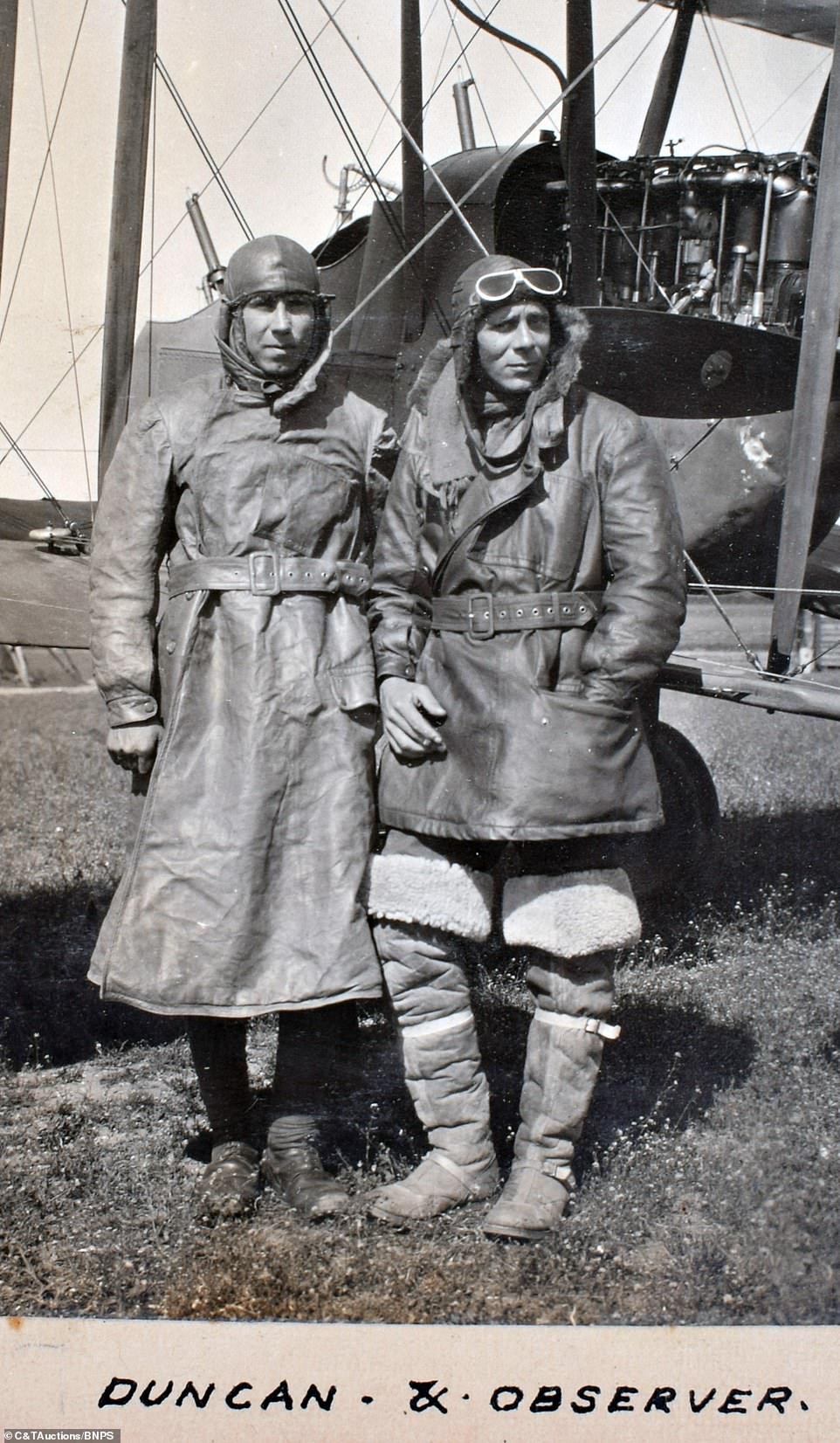 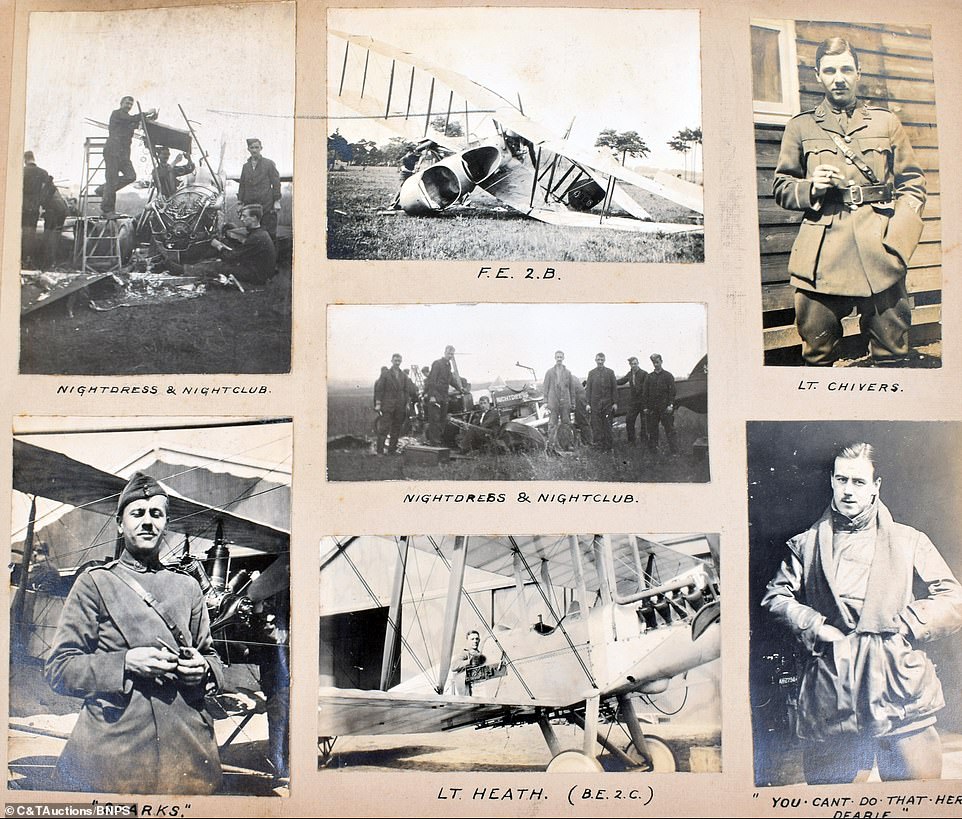 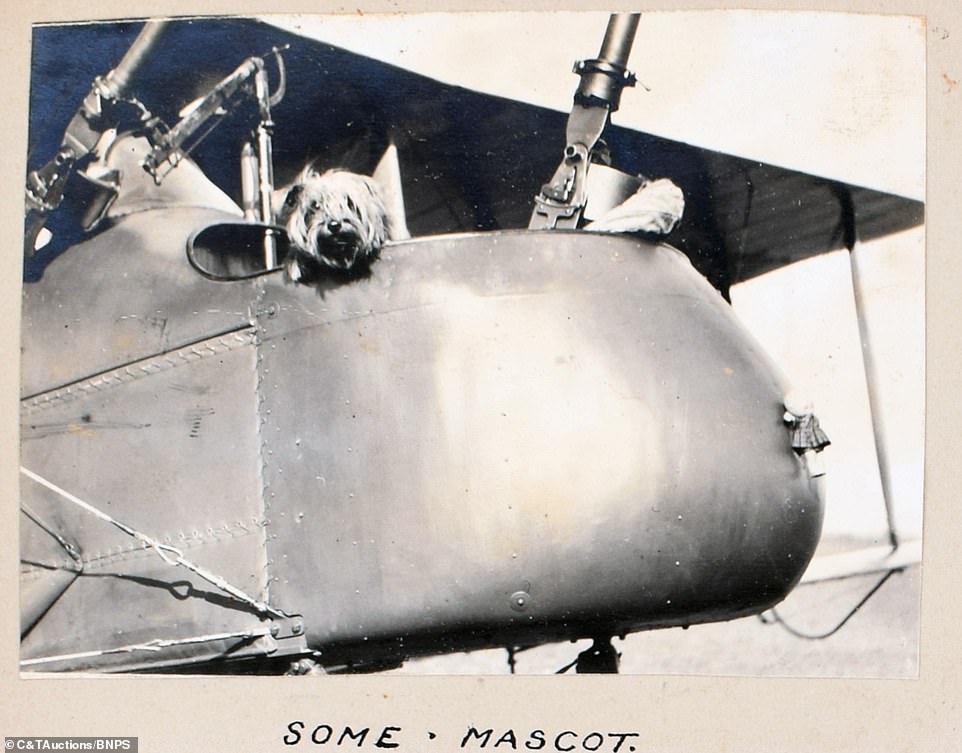 Barking orders: A dog peeks and poses for a photo from the cockpit of a Vickers plane in a photo captioned ‘Some mascot’ 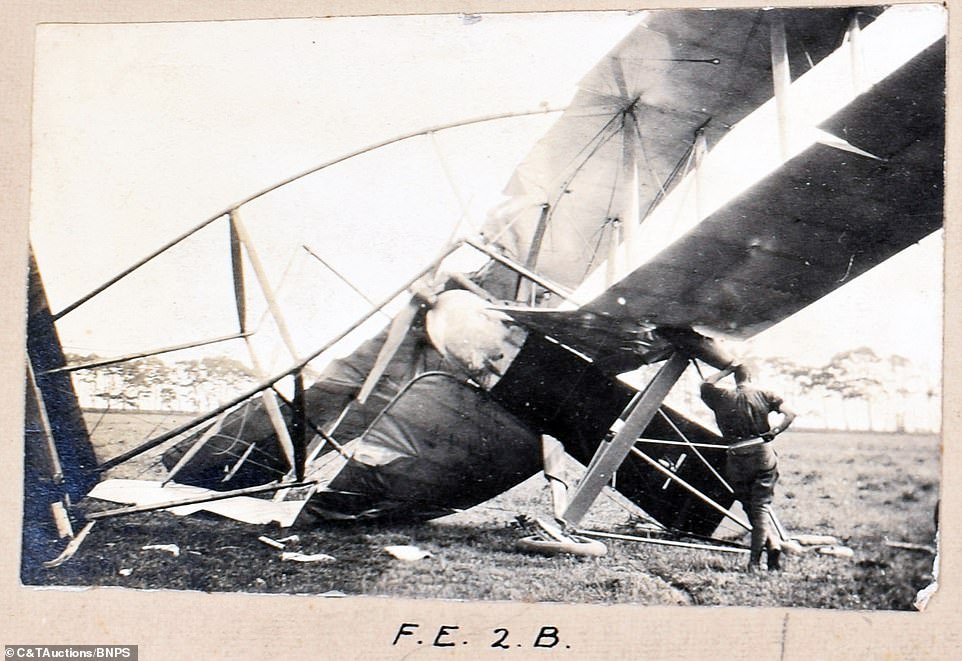 The wreckage of an FE B2 plane after it was ditched from the sky. The photo shows one man leaning against the side of the crash

They also spent quality time with their pets, with dogs serving as mascots and in some instances joining them in the cockpit.

Occasionally, it appears there really was very little to do as they waited for German air attacks and a group of pilots can be seen lounging in chairs or posing by plane wreckage.

The album dates from 1916 and 1917 and features over 500 images of pilots and planes at a number of Suffolk and Norfolk aerodromes including Marnham, Swaffham and Thetford.

This range of aircraft’s used by the RFC captured in the album with the Vickers, DH Fighter, FE 2B, Avro and BE2C all being illustrated.

The Zeppelin and later Gotha attacks on the UK led to the establishment of a large number of Home based Squadrons being set up with a wide range of aircraft and considerable numbers of pilots.

The album, which includes more than 500 photos, also offers a stark reminder of the dangers these men confronted on a daily basis with numerous snaps of the wreckage of ditched planes.

One such photo is captioned in tongue in cheek fashion ‘a good landing but the wrong way up’. 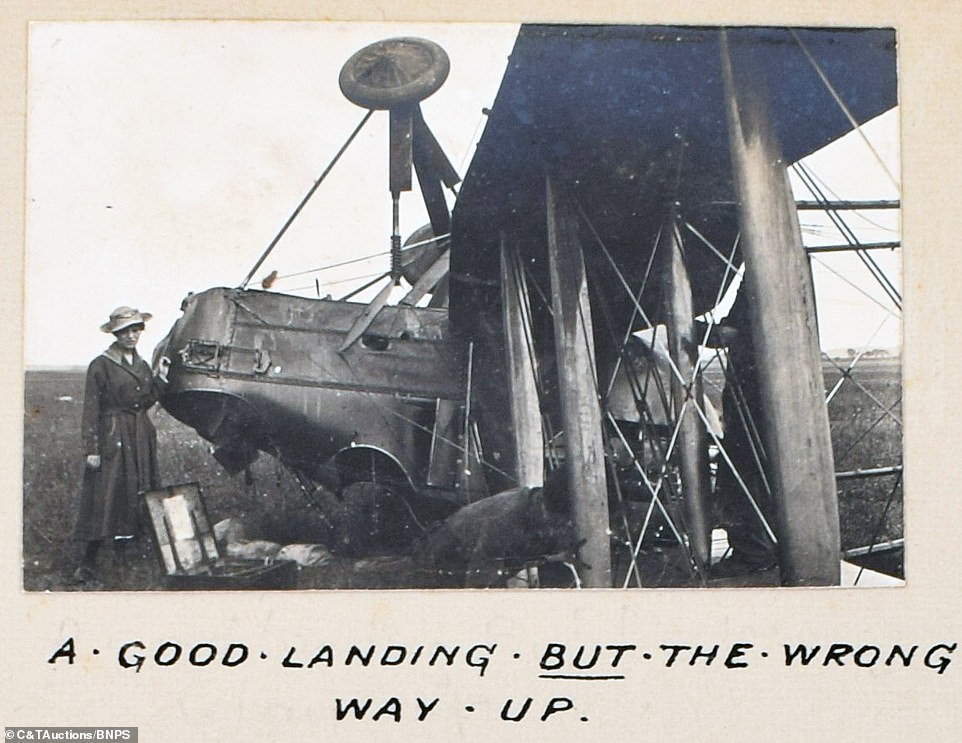 A wreckage of a Vickers plane at Swaffham aerodrome that has turned upside down is captioned: ‘Good landing but the wrong way up’ 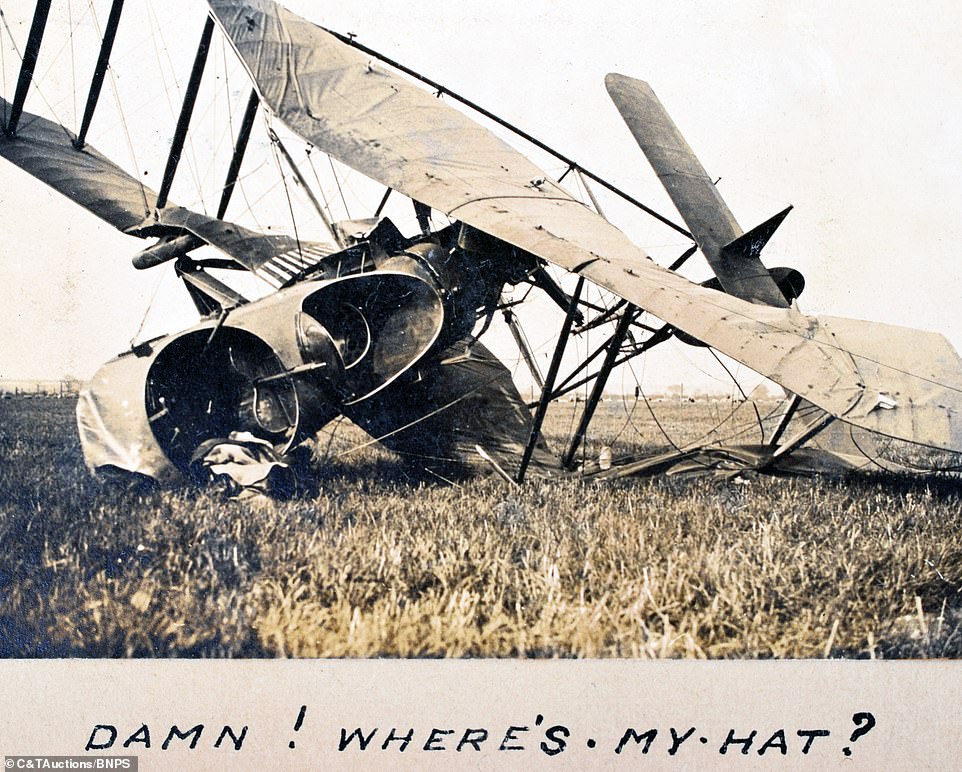 ‘Damn where’s my hat’: the twisted metal of a crashed FE B2 plane crash is photographed near Swaffham aerodrome 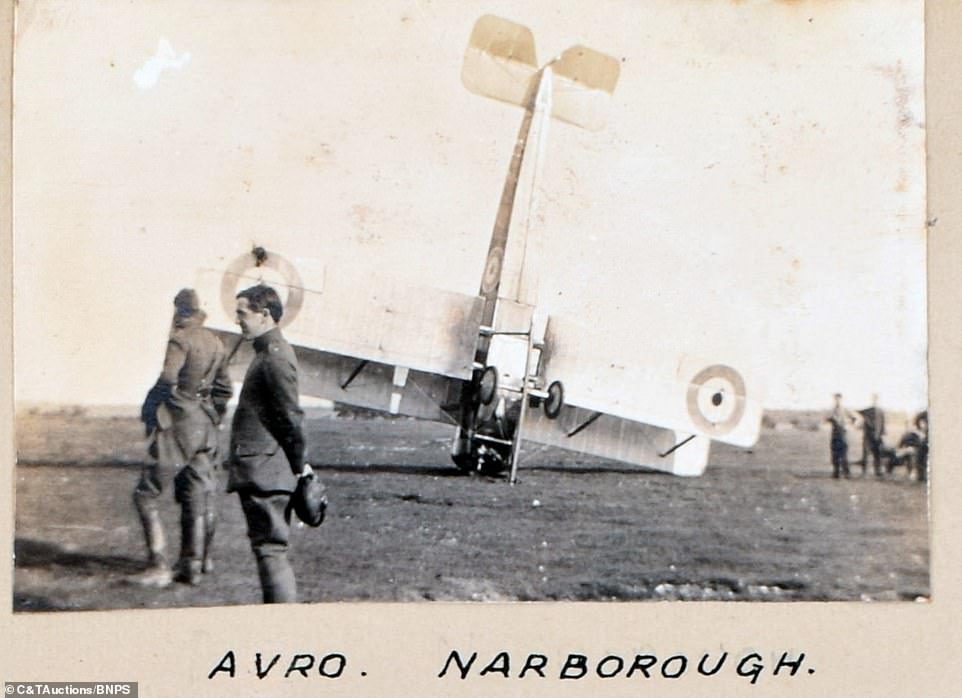 The album has been consigned for sale by a private collector with C & T Auctions, of Ashford, Kent, and is tipped to sell for £1,600.

Tim Harper, specialist at C & T Auctions, said: ‘The risks of flying, particularly at night, can be seen by a large number of photographs of crashes in the album, some of which are quite spectacular. 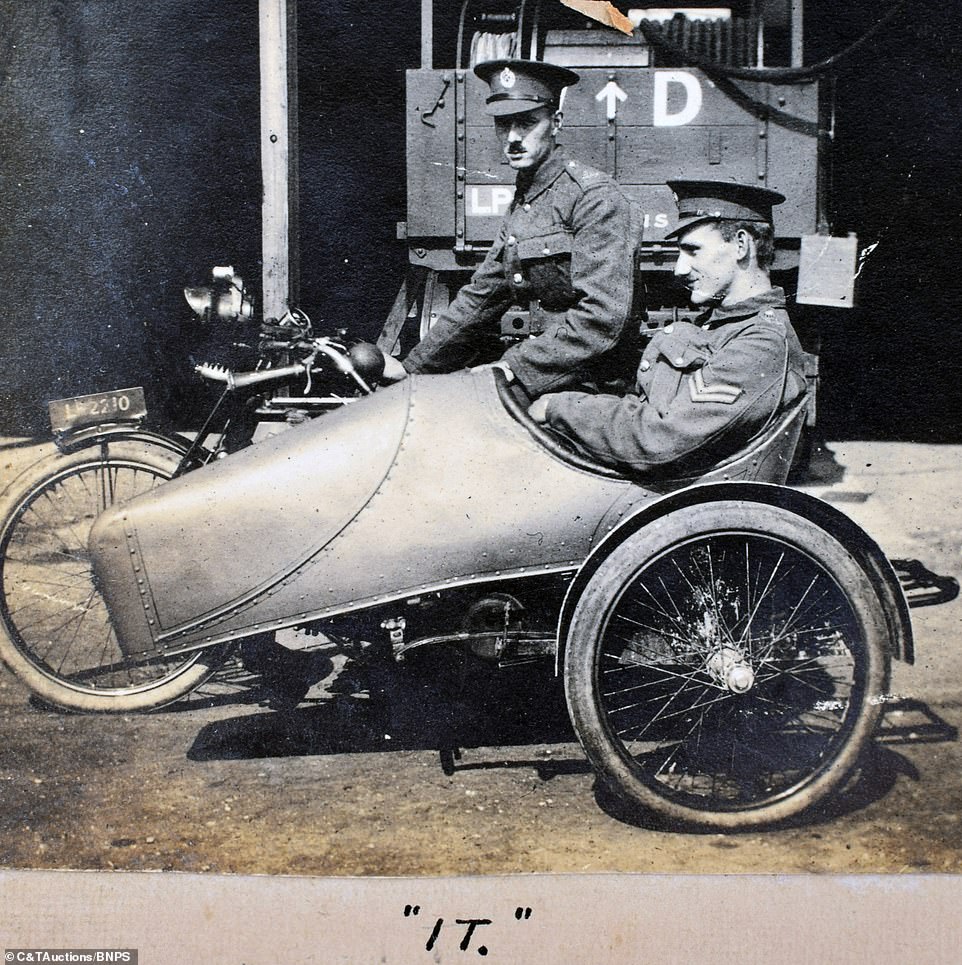 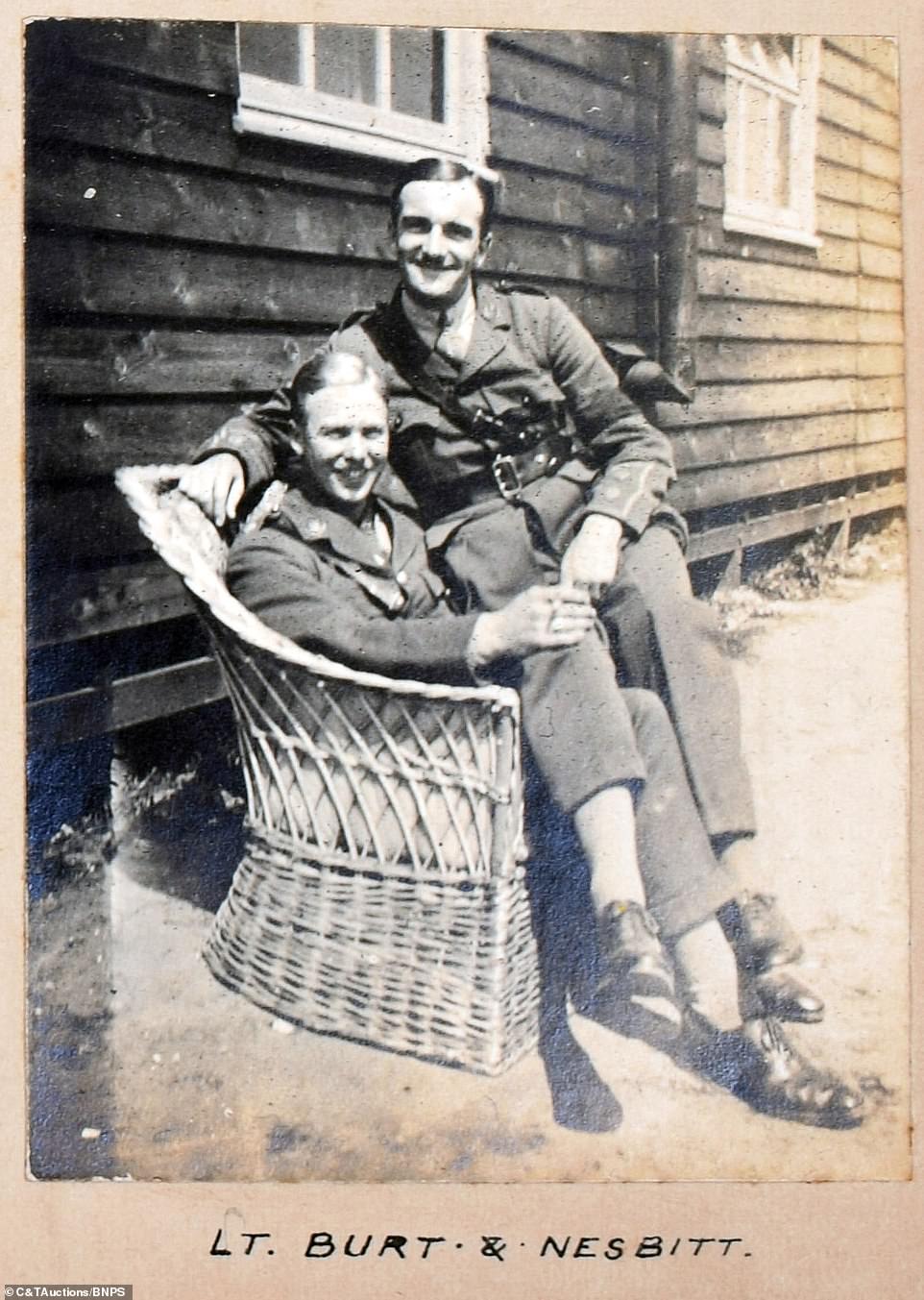 Lieutenant Burt and Nesbitt  can be seen lounging on a wicker chair, smiling and smoking cigarettes at Swaffham aerodrome 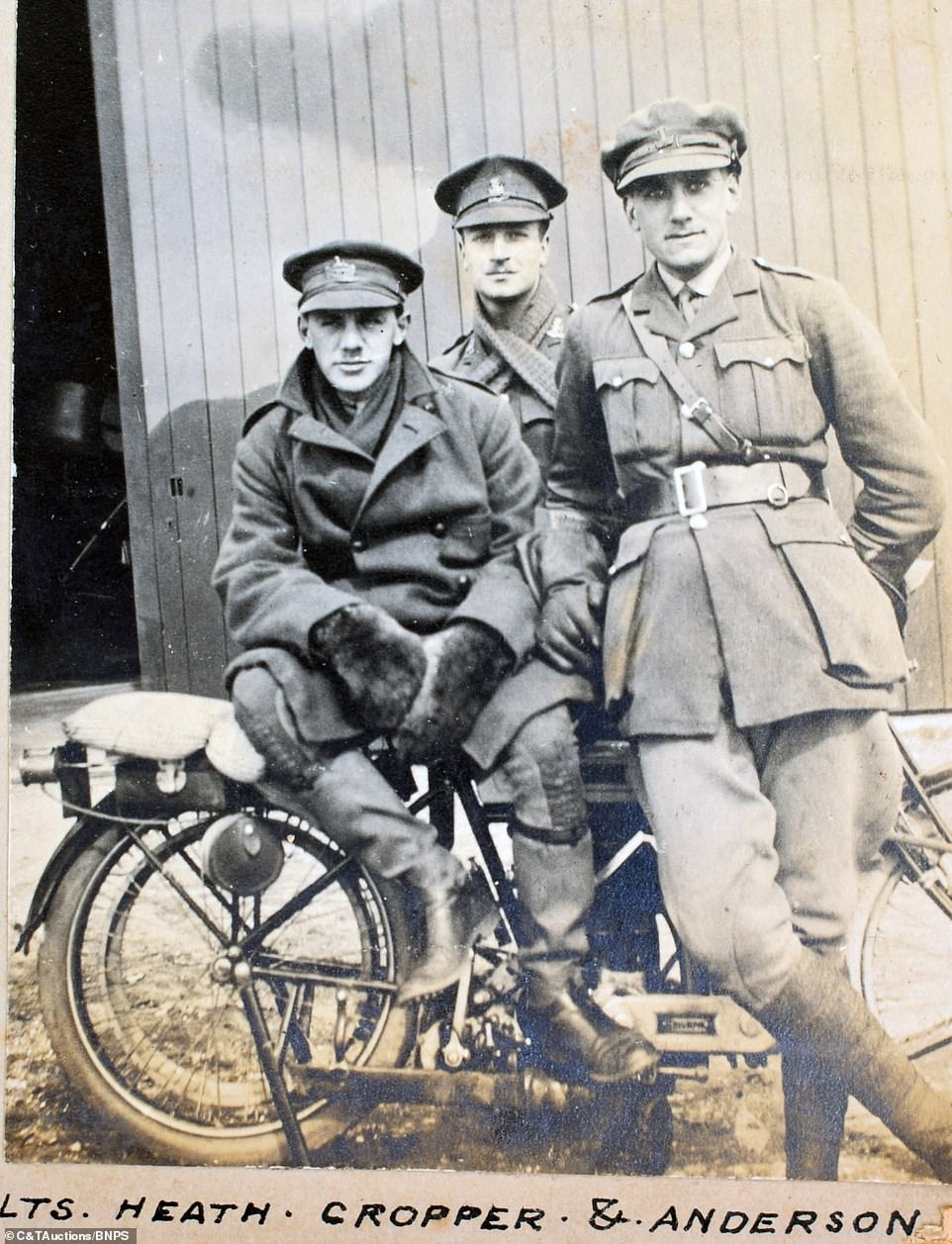