‘I ain’t no killer it’s the f****** father’: Chilling video of mother RAPPING about the death of her six-month son emerges as the baby’s father is jailed for six years for manslaughter

A chilling video which apparently shows a mother rappping about the death of her six-month-old son has emerged after the baby’s cruel father was jailed for shaking him to death.

Ricky Walker, 27, left ‘happy and smiley’ six-month-old Kayden Walker with ‘catastrophic’ brain injuries after attacking the tot in anger on June 12, 2016, before claiming the child was accidentally suffocated.

The clip apparently shows Kayden’s mother Laura Davies  in a Facebook livestream changing the lyrics of a drum and bass song to say: ‘I ain’t no killer it’s the f****** father.’

Davies was also found guilty of causing or allowing the death of a child and will be sentenced on September 5. 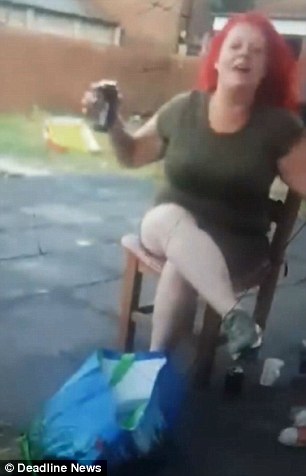 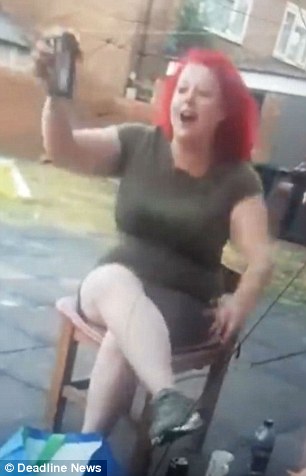 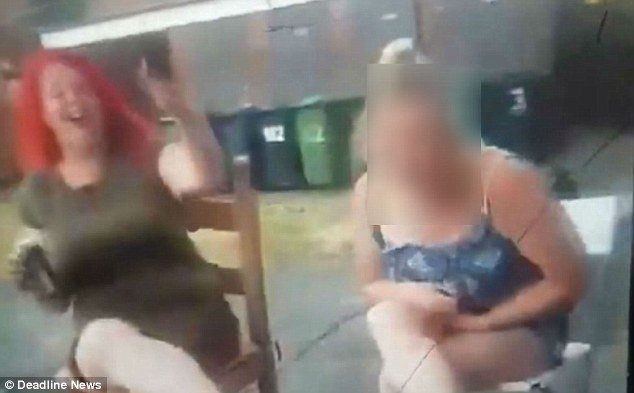 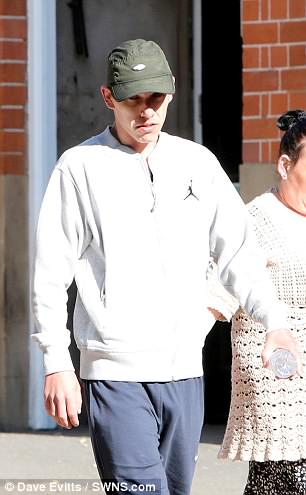 Ricky Walker (pictured in June) arriving at Birmingham Crown Court has been jailed for six years after being convicted of the manslaughter of his son Kayden Walker, who died of brain injuries in 2016

The disturbing clip said to show Davies, from Bilston, West Midlands, is said to have been streamed live into a closed Facebook group.

The clip begins with three women sitting in chairs outside on a concrete slabbed area.

A woman with bright red hair and drinking from a can is the one claimed to be Laura Davies.

The rowdy women can be heard shouting ‘F*** the haters’ repeatedly as they laugh.

The women begin to play music and dance around to the beat as the woman streaming the video moves the camera around.

Playing the song ‘Drum and Bass Father’ by Devilman ft Badness, one woman looks at the woman identified as Davies and says: ‘I ain’t no killer it’s the f****** father.’

The red-headed woman herself then looks at the camera, throws up her arms and raps: ‘I ain’t no killer it’s the f****** father.’

Little Kayden died in hospital after suffering devastating injuries to the brain, eye and spine consistent with shaking and an impact to the head.

Emergency services rushed to the family home in Bilston, West Midlands, after the youngster suffered a cardiac arrest.

Walker went on trial at the end of June charged with murder and causing or allowing the death of a child.

Following a four week trial, he was cleared of murder but convicted of manslaughter at Birmingham Crown Court. 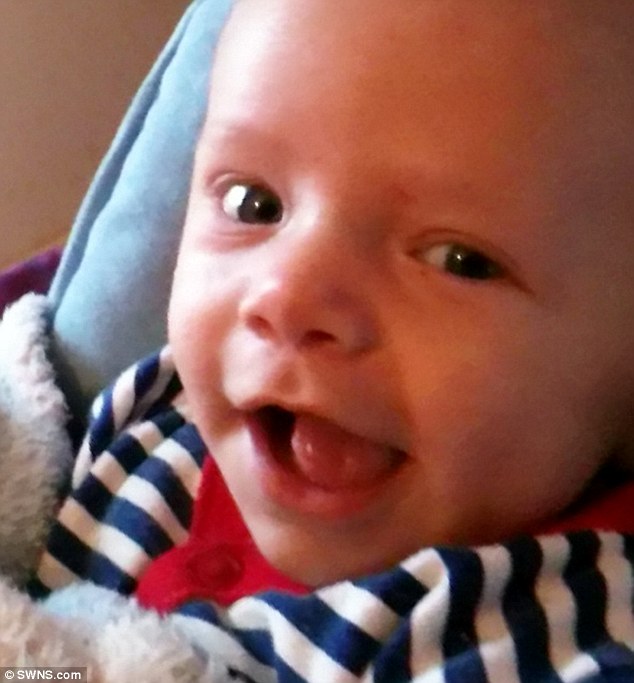 Little Kayden, from Bilston, West Midlands, passed away on June 12, 2016, after suffering devastating injuries to his brain, eyes and spine

Today Walker, from Bilston, was jailed for six years and will be released on licence after serving half his sentence.

The court heard Walker claimed a folded-up hoodie used to prop the milk bottle into Kayden’s mouth might have covered his face, blocking his airway.

He then said he shook his son in a ‘panic’ when the baby was unresponsive but also claimed he had ‘never, ever’ caused any physical harm to his son.

But Mr Justice Morris rejected that account and said that Walker shook Kayden on ‘one or more occasions’ out of ‘tiredness and stress’ causing his head to hit a hard surface. 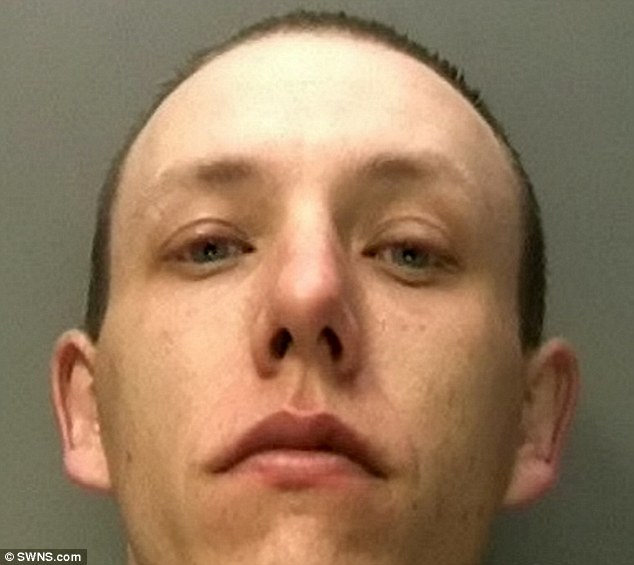 But he said the real circumstances of the tragedy may never be known.

Sentencing, Mr Justice Morris said: ‘The death of a child is always distressing and shocking. The thought of a life not lived stays with us all.

‘Words can’t adequately express the tragedy of the death of an innocent, very young child when that death is at the hands of a parent.

‘Ricky Walker shook Kayden on one or more occasions with considerable force and caused Kayden’s head to collide with a hard or semi-hard surface.’ 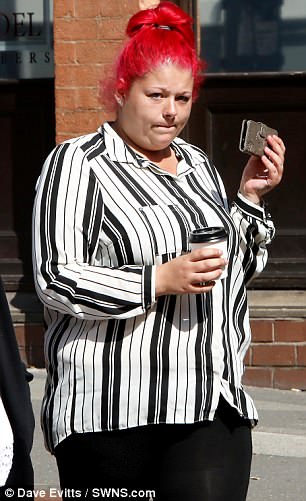 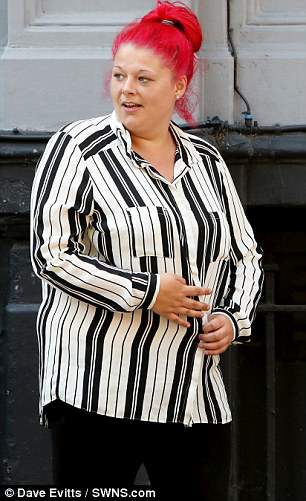 Kayden’s mother, Laura Davies, 25, (pictured at court on June 28) was convicted of allowing the death of a child

Kayden’s mother, Laura Davis, 24, was also found guilty of causing or allowing the death of a child and will be sentenced on September 5.

The trial heard Walker had ‘vigourously’ shaken Kayden – causing a severe ‘bang’ to the head – while Davies was out at the post office.

He dialled 999 to report Kayden had stopped breathing and claimed he only shaken the child to ‘wake him up’.

But Kayden had suffered a similar brain injury several weeks prior to his death – which the prosecution claimed both parents would have known about. 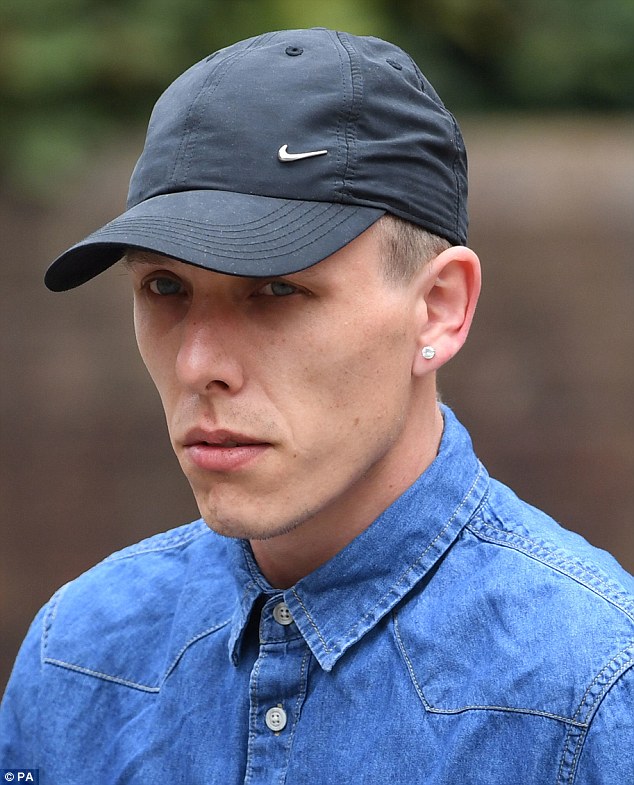 Jurors heard when a relative went to visit the pair after they had been arrested they were ‘bragging about their time in the cells’ – rather than being upset over what had happened. Pictured: Walker, 27, outside of Birmingham Crown Court on July 18

Jurors heard when a relative went to visit the pair after they had been arrested they were ‘bragging about their time in the cells’ – rather than being upset over what had happened.

Mr Walker had also apparently joked about how long it would take Kayden to suffocate from a hoodie which he had been using as a blanket to prop feed him.

Rachel Brand, QC, defending, said her client had a ‘momentary loss of control’.

She said: ‘One can only imagine he was tired and under pressure. 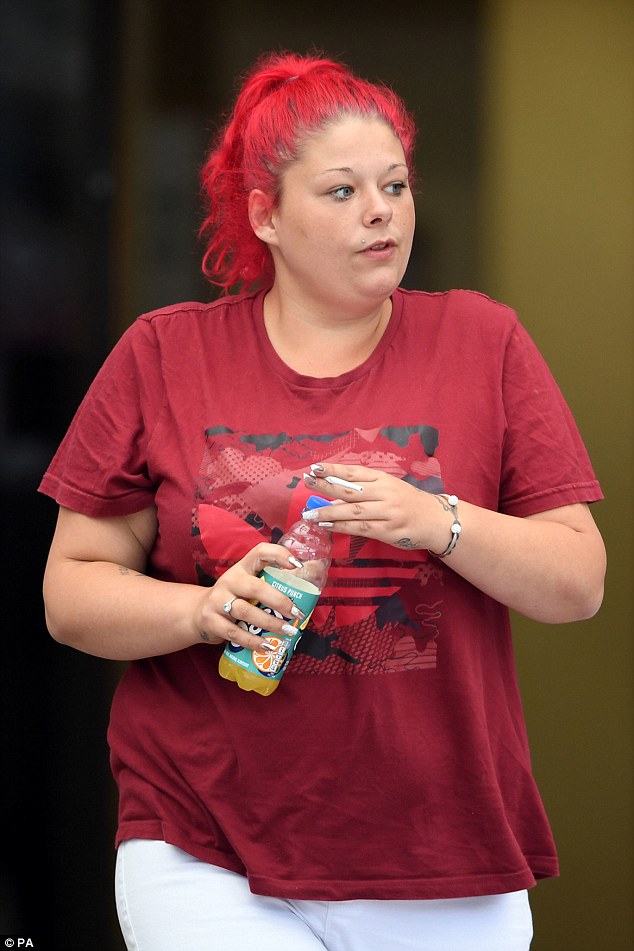 Laura Davies, pictured outside Bigmingham Crown Court in July. Kayden had suffered a similar brain injury several weeks prior to his death – which the prosecution claimed both parents would have known about

‘Anyone reading the headlines last night and simply looking at the headline would have seen ‘father guilty of killing six month old son’ and anyone ill-informed might have thought ‘that’s a cruel parent, highly culpable’.

‘I submit that Ricky Walker is normally a gentle and passive man.

‘I submit he was genuine when he said in evidence that he enjoyed looking after his boys and this is a case of human frailty.’

She described Walker as a father who ‘99.9 per cent of the time was utterly loving and caring’ and whose other two children had now been taken away from him by social services. 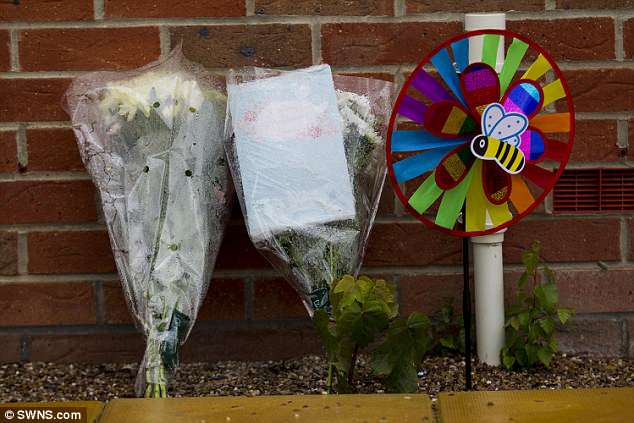 Tributes placed outside the flat where Kayden died. He was rushed to Wolverhampton’s New Cross Hospital at 2.15pm, but was pronounced dead at 3.02pm

She added: ‘It would take a hard person to describe this case as anything but a tragedy.’

Detective Inspector Paul Joyce, from West Midlands Police’s Homicide team, said after the case: ‘Kayden’s life was tragically cut short by the violence of his father – the same father who should have been nurturing him caring for him through his early months.

‘This has been a very emotional case for everyone involved in the investigation.

‘We might never know exactly what happened to little Kayden, and today’s verdict cannot make up for the loss of such a young life.’